Didn't get a chance to update things last weekend before leaving on a week-long vacation (and didn't have any time during vacation to post...), so let's get caught up, shall we?

update as of last weekend

Not too much happened the week before last weekend. The builder started about five feet of the trenching for the "beams" (the deeper parts of the foundation), and he chalked beam locations for the beams between slab edges. We wondered why he hadn't boarded up the front of the foundation for the house and garage, but seeing the mini-excavator stopped the head scratching: He needs an entrance and exit for the excavator! 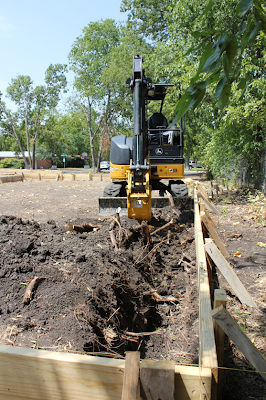 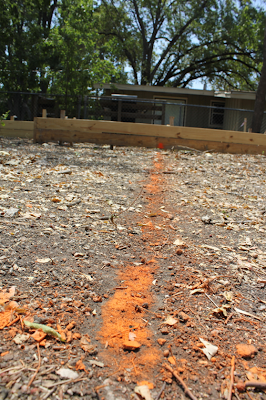 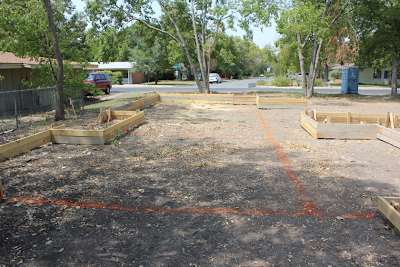 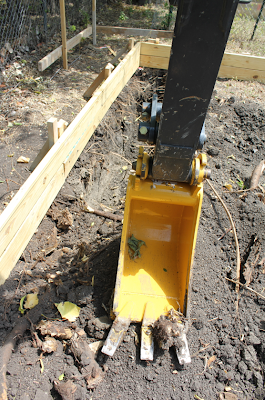 update as of this weekend

Looks like a lot happened at the lot! The aforementioned beams are all dug, some gravel for the "inter-beam" areas has been laid, and the plumbing drains are placed. Oh, and it was wet as a deep-diving narwhale out there. Electric line has been run from the city pole to the temp pole (but not wired just yet). It all looked good inasmuch as someone who doesn't exactly know what he's looking at is looking at it. The only thing that looks wrong to me is the location of the drain for the shower (will need to ping the builder about that). 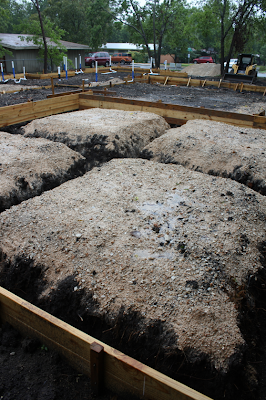 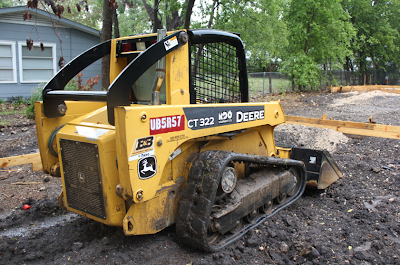 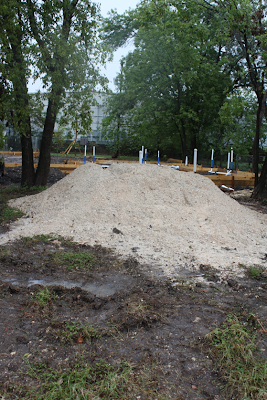 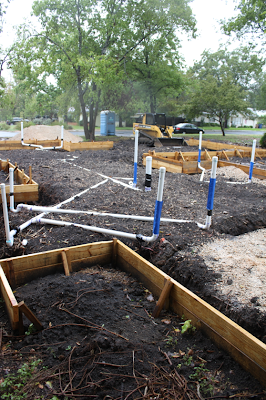 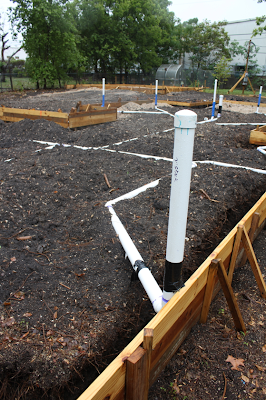 A week ago the builder thought that we'd be pouring concrete on Tuesday of this week, but it doesn't appear that will happen... He still needs to gravel things up, place rebar, and run some in-pad electric (and prolly some other things we don't know about).

Posted by bubba of the bubbles at 8:18 PM