it's always the Wong time for a photograph...

The architects want to get some nice photos of the house for their web page and for Houzz. Turns out that our house is (most likely) their first project as Element 5 Architecture, so the project is a little special in that respect.

The architects hired Patrick Wong of Atelier Wong Photography to take the photos, which is pretty cool, 'cause we're big fans of Wong's work. Although he swags through a wide range of photographic needs, he really excels at architectural photography, informed, I'm sure, by his degrees in environmental design and architecture (and he has a pretty darn cool house himself).

Patrick came over a week or so ago with the architect, Nick Mehl, to scope out the place and figure out what shots he wanted to take. He then came back this past weekend to shoot the shots.

A storm blew in so he had to come back later to get the outside shots, some in the day, some in the night. We'll you know when the photos get posted! 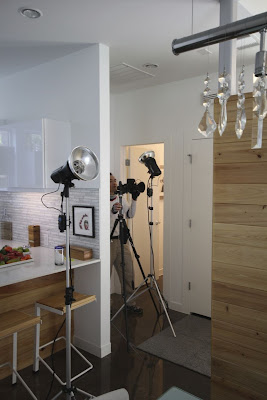 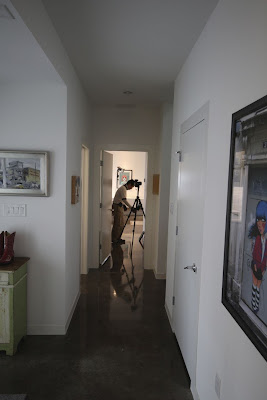 Email ThisBlogThis!Share to TwitterShare to FacebookShare to Pinterest
Labels: photography

howz them vents workin' out fer ya?

So far, so good. We're particularly pleased with how the vents in the master bathroom are working, extra-especially the one in the shower.

To refresh, we decided to place the shower vent directly in the shower (go figure!). 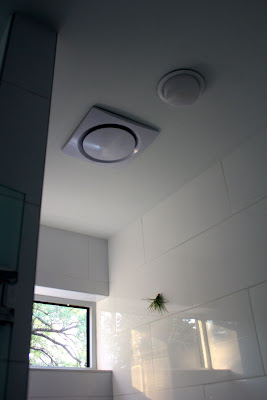 Time will tell if this is a mistake or not. The electrician didn't think this was a good idea, surmising from experience that the moist air will corrode the fan in short order. He may be right, but what made us think our situation may be different is (1) recognizing that effective ventilation requires appropriate ventilation time and (2) by placing a timer on the fan we will run it for that more appropriate length of time after a shower event. If there's no timer, most folks will understandably turn the fan off when they leave the bathroom. A primary purpose of these bathroom fans is to expel moist air from the house.

So far, this fan has worked beautifully: It keeps the moist shower air in the shower. When on (sometimes we forget...), there is no humidity in the rest of the bathroom. Also, because the fan is pulling air from the top of the shower door, we don't get chilled. As the warm air rises, the fan ejects the warm, moist air and pulls in air into the top of the shower from the rest of the bathroom (more on this later...).

As part of our evil plan, we also placed a fan in the toilet closet over the toilet to remove (ahem) potential odors. Again, this has worked great. A more typical alternative would have been to place one fan in the general area of the master bathroom. Wethinks this would not have worked nearly as well.

One thing I worried about was the make-up air. That which is blown out of the house will come in somewheres else. Where would it come from? Turns out some of the make-up air for the shower comes in from the vent in the toilet closet. How do I know? It gets a lot warmer in there when the shower vent is on.

This is all fine and good: the air has to come in from somewhere, and that's a better place than others I can think of. Except there's one small problem: the shower is venting right next to where the toilet closet is venting: 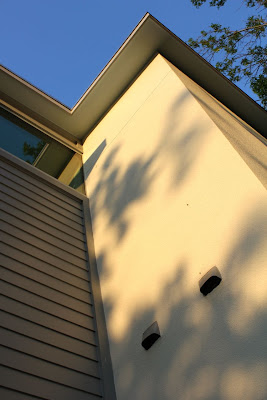 See those two vent hole covers? One is for the shower and the other is for the toilet closet.

So there's a chance that some of the air being vented from the shower is coming back in through the toilet fan plumbing. Not a big deal, but if we had to do it all over again, we would have wanted these a bit farther apart.

Stay tuned for longevity issues with placing the vent directly in the shower.

Posted by bubba of the bubbles at 7:33 AM No comments: 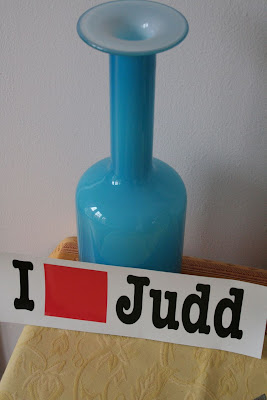 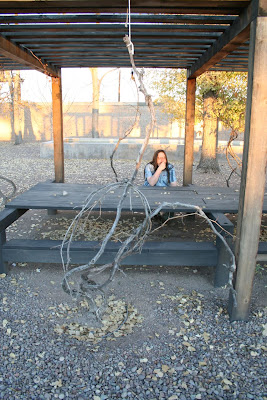 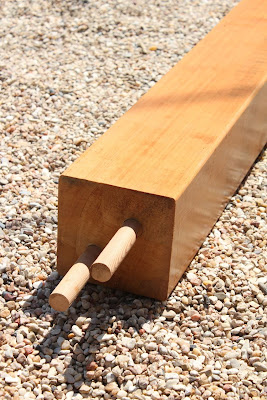 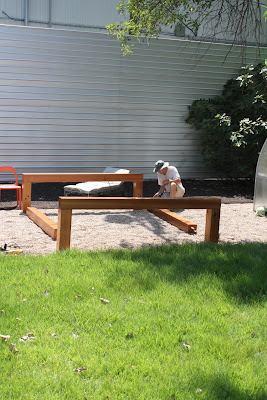 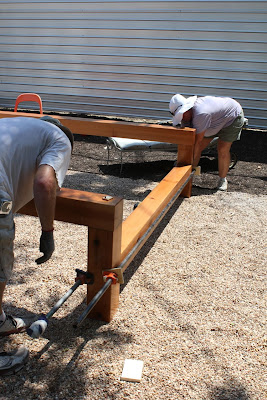 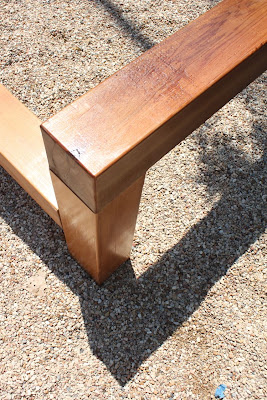 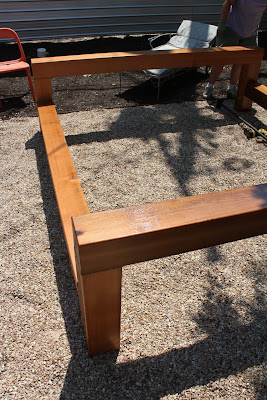 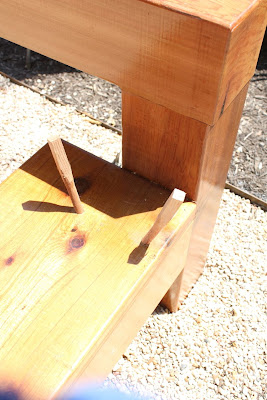 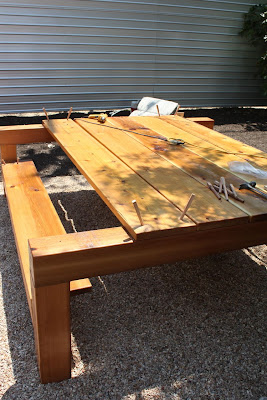 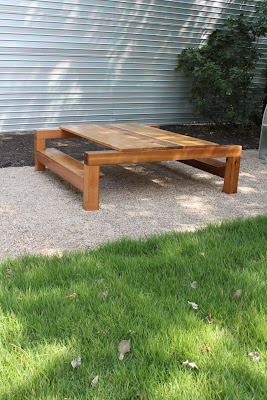 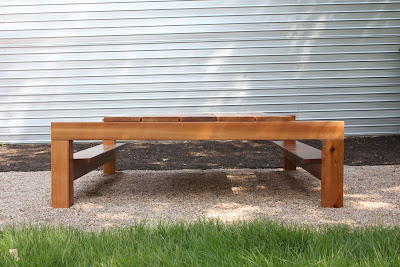 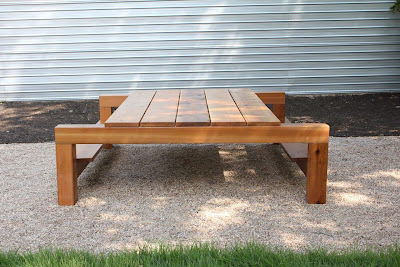 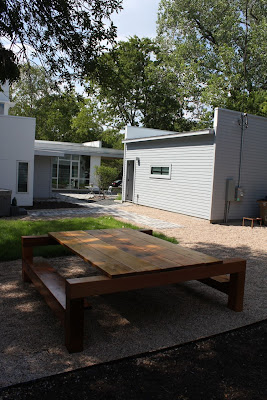 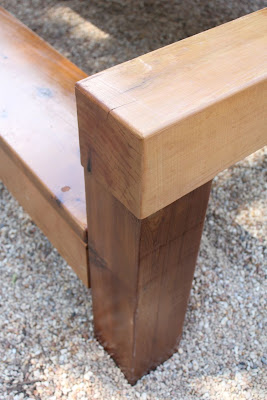 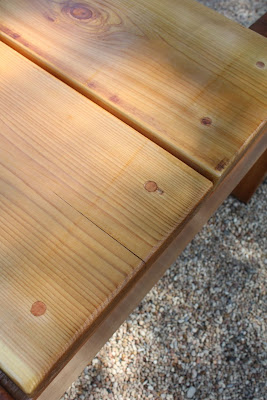 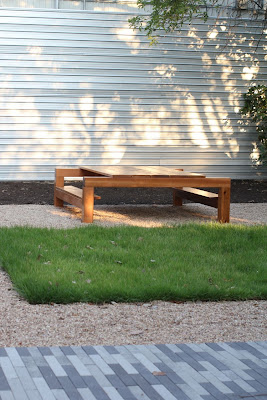 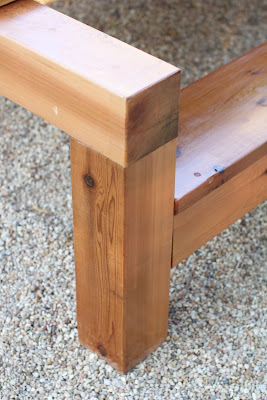 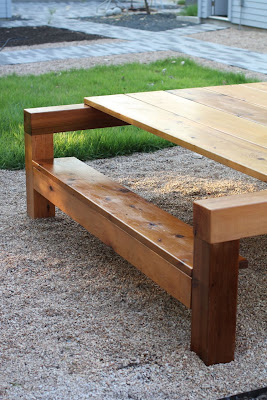 There are still a few glitches to work out with the bench seats (may need more dowels), but all in all a gorgeous, sculptural table. It was a big hit at the green chile roasting and peeling party we had the next day.
Posted by bubba of the bubbles at 9:41 AM 3 comments: