We have a couple prominently displayed bibs about the house and garage. Here's what we have at the moment on the carport: 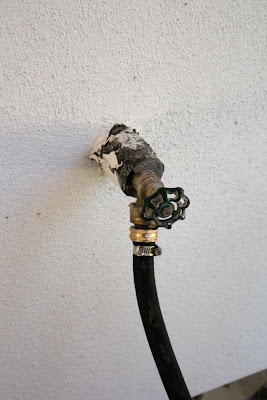 Outdoor faucets seem to be a no man's land for modern design. It's hard to get past the standard outdoor faucet: 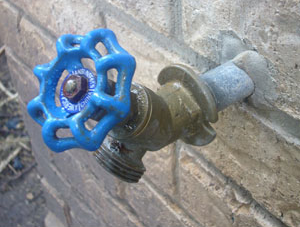 Not to mention the awkward pipe-sticking-too-far-out-from-the-wall-syndrome. Hmmmm...

There are a number of decorative outdoor faucet bibs: 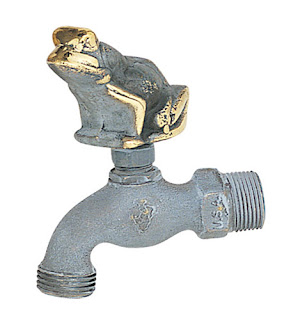 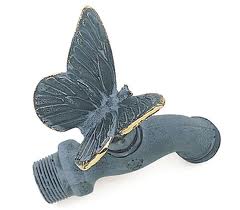 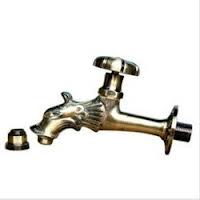 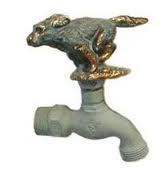 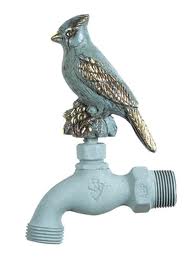 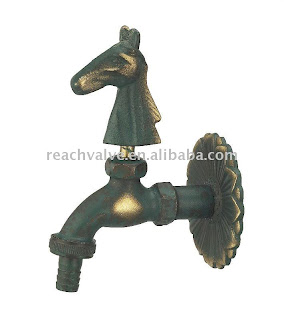 And then there's this one:

Who in the world would possibly want a bunny faucet?!?!!? If you're out there, I'd like to meet you...

Yes, there are many types of outdoor spigots out there, but not many of a modern bent.

This one by Woodford is a wee bit better than the standards: 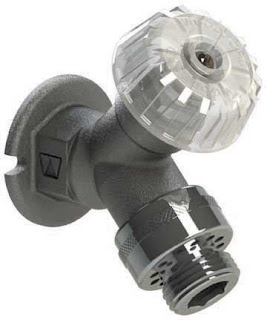 
This one is rather modern, the Locko Outdoor Faucet: It doesn't appear to be in production. Furthermore, it's German, which means it's (probably) metric. 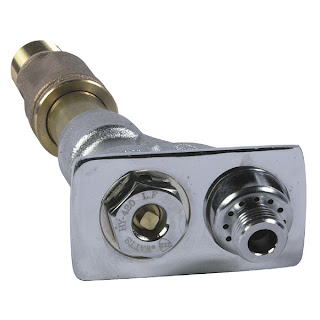 Although I doubt this can be installed at this point...

This by Rubine one ain't perfect, but it's better than most: 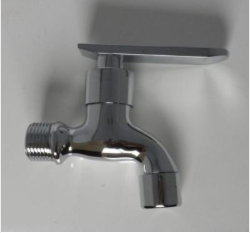 As far as choices go, I really like this one, also by Rubine: 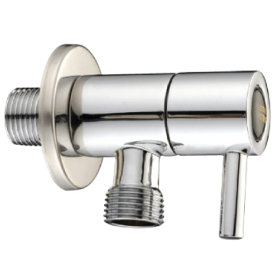 but it's for sale out of Malaysia (for a grand total of $16.47!). I found the previous faucet by Rubine via Ebay.

This one is cool, too, but where do you hook your hose? 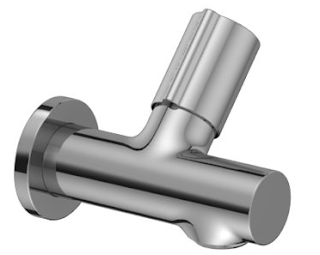 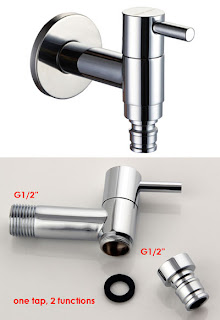 and here's a double: 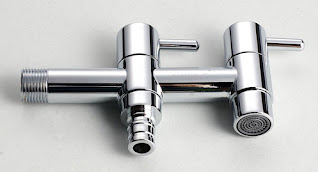 and there's this one: Can you say "come to papa"? Not clear if we could hook a hose to it... Unclear where to get it, as well. The site appears to be for a Russian manufacturer. (sigh...) But, we may be able to order from here!
Posted by bubba of the bubbles at 7:27 AM