In 1927, in an article written for Architectural Record, Frank Lloyd Wright introduced the word “Usonia”  into the architectural lexicon, Usonia meaning the United States because “Canada and Brazil are America too” (James Duff Law is credited by some with creating the term in 1903 [Wright credited the novelist Samuel Butler]). Wright dedicated his career to creating an architecture for the United States, one divorced from European influence. Starting in 1936, in the midst of the Great Depression, and until his death in 1959, he designed 308 homes he called “Usonian”, 140 of them built.

Wright cut Usonian homes from the same cloth as his Prairie School houses, but with a sharper pair of scissors and into much smaller pieces. Modernized to the times and much cozier than his previous houses, Wright aimed to design homes for the middle class.

Usonian homes were typically characterized by single stories; a horizontal demeanor (of the land, not on it); cantilevered carports (Wright coined the term “carport” with these houses); native/natural materials; flat roofs (no attics); large overhangs; depth of massing; radiant heating (something he called “gravity heating”); open living areas with the kitchen combined with the dining area; natural lighting (clerestory windows); typically L-shaped (to create a private courtyard); slab on grade (no basements); a strong connection between indoors and outdoors; built-in components; walls extending from the interior to the exterior; large windows; and little ornamentation. Bedrooms in his Usonian homes were often small to promote the congregation of the family in the open living spaces. Wright didn't provide garages or much storage space to promote a more spartan, less materialistic lifestyle.

Wright’s Usonian homes were green before green was cool, at least for their time. Large overhangs controlled thermal loading, windows were arranged for cross ventilation, local and natural materials were used instead of manufactured materials or “dishonest” materials (manufactured materials posing as natural materials). Some greenie grumps point out that his homes weren’t really green (single pane windows, little to no insulation, concrete), but that's unfairly evaluating his work in the context of modern mores and technology (ain’t no HVACs back in 1936!).

In the 1950s Wright introduced a special category of Usonian homes called “Usonian Automatic”. An affordable version of his earlier textile block homes built in California, these homes were made of inexpensive three-inch thick modular concrete blocks designed to be assembled by homeowners (Legos for adults!). However, these homes proved complicated to assemble and partakers often hired professionals to put their homes together.

I’m writing about Usonian architecture because we included one of Wright’s Usonian homes on our list of precedents (still need to post those: sorry...) and expressed a strong preference for horizontality (we got the horizontals bad!). We showed it because we love the horizontality and the fact they were progressive yet “affordable”. We also appreciate “touchstones” toward history, a curtsey to those that came before us.

While we like many of the tenets of Usonian homes and Wrightism, we don’t like them all. We lean towards the ethereal whiteness of houses from the golden age of Modern architecture. Many of Frank’s houses seem dingy and dusty to us because of the Earthy tones. Brighter and lighter strike us as more uplifting. Along those lines, Rudolph Schindler is perhaps our true touchstone: A fusion of what’s Wright with architecture with the Loos morals (ha!) of Modern. 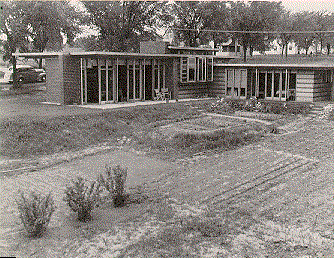 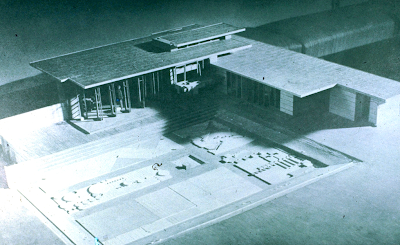 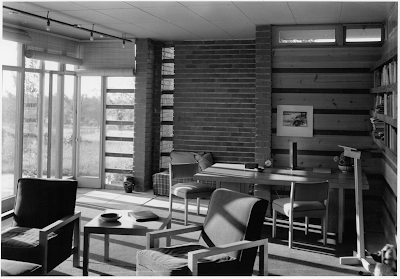 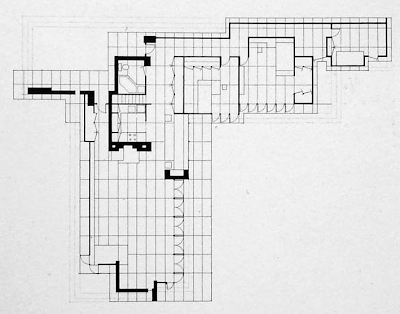 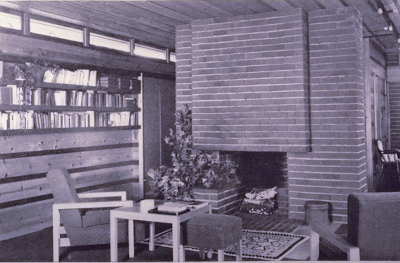 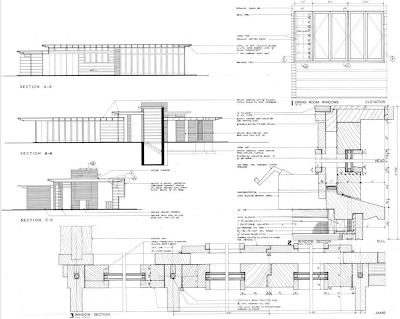 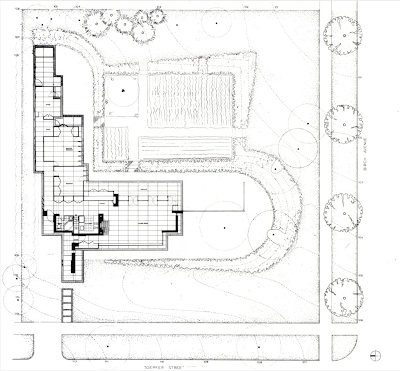 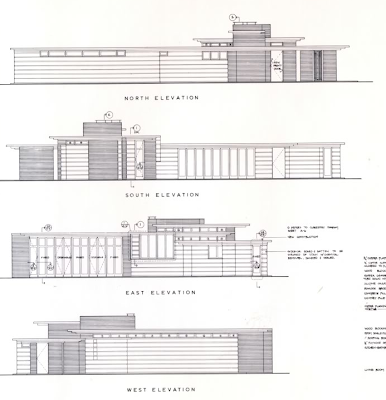 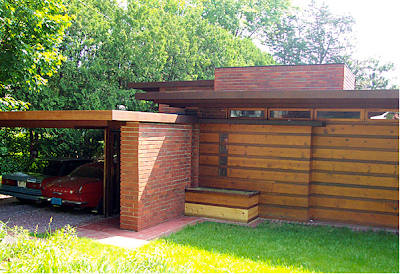 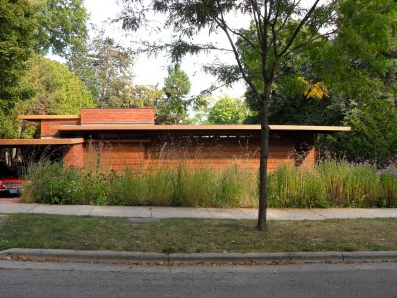 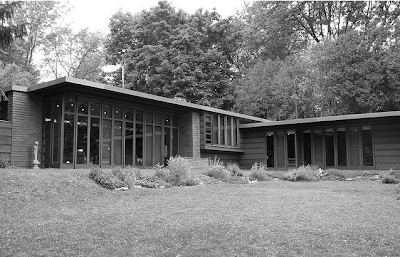 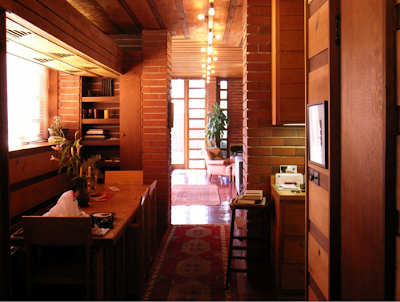 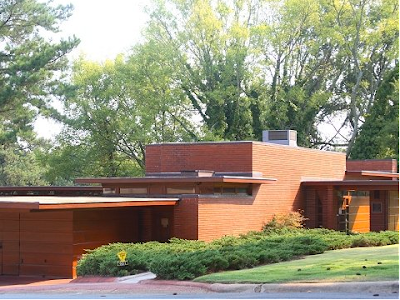 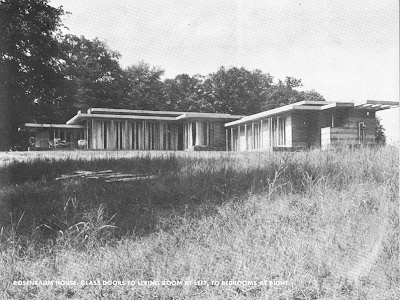 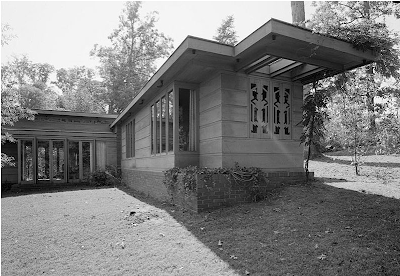 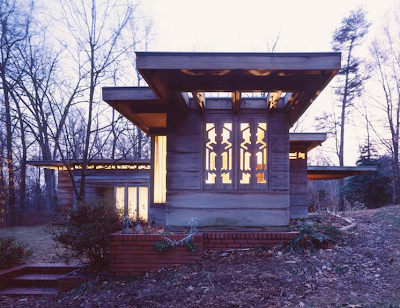 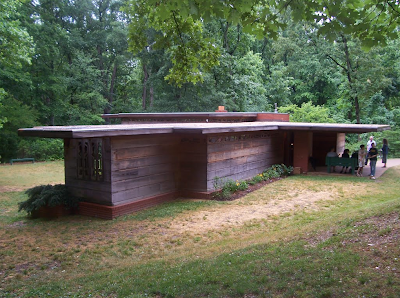 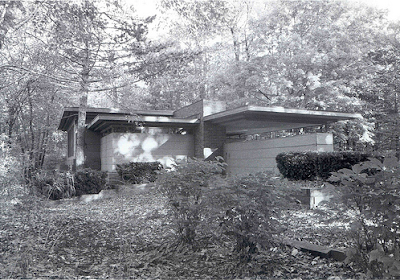 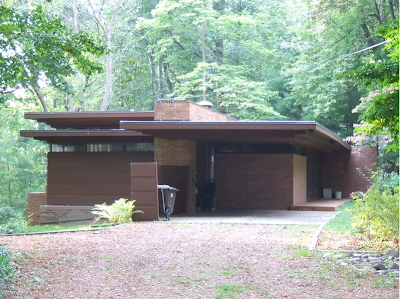 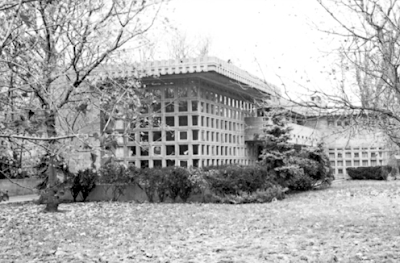 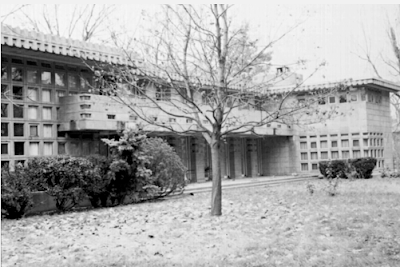 The McBean House (1957; a prefab version of the Usonian Home): 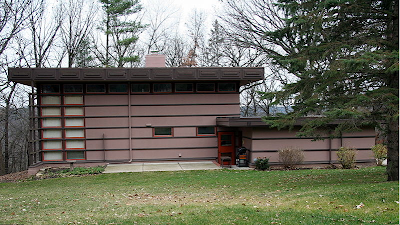 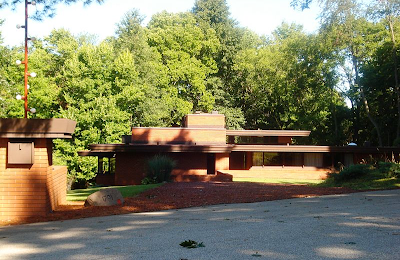 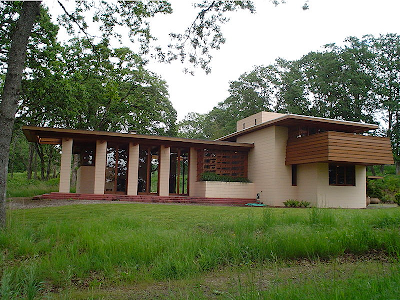 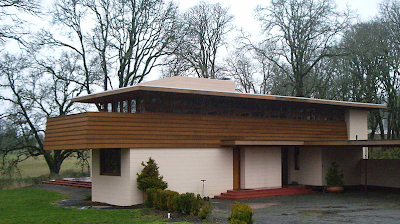 Posted by bubba of the bubbles at 9:55 AM