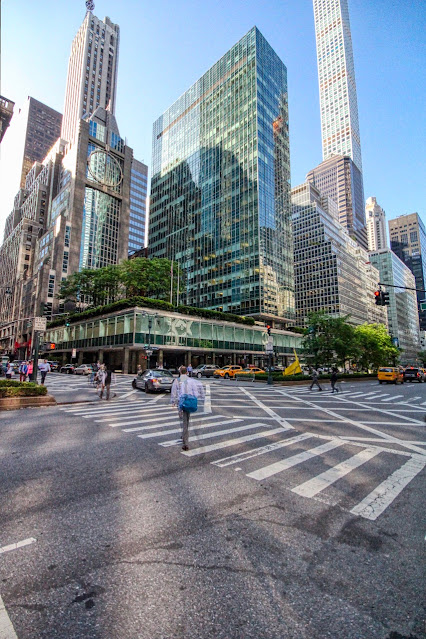 You can't visit New York as a Modern architectural buff and not visit Lever House and Seagram Building on Park Avenue. The two buildings glare at each other from separate sides of the street, the glass-clad Lever House dancing in its luminescent green gown while Seagram stands back with its moody black striations reaching for the sky.
Lever House was designed and built first, finishing in 1952. Gordon Bunshaft and a former neighbor of ours, Natalie de Blois, both of Skidmore, Owens, and Merrill (aka SOM) designed the structure. It was the second curtain-wall tower in New York City after the United Nations Secretariat Building, designed by a Oscar Niemeyer and Le Corbusier, also finished in 1952. Mies van der Rohe's vision of glass-clad, curtain walled towers influenced both of these buildings. The Seagram building finished construction in 1958 and represented a continuation of the architectural language Mies started with the Lakeshore Apartments in Chicago.
The Seagram building is infamous for its huge setback from the street, creating a massive plaza. Both buildings have plazas and enormous setbacks for the primary structure. This was governed in part by the desire to have purity of form (one giant rectangle) and by New York's sun-saving building code, which required growing setbacks as a structure grew taller. However, if the footprint of the main building occupied less than 25 percent of the property, growing setbacks were not required.
To the uneducated eye, both of these buildings look competent but somewhat humdrum. But at the time, almost all the structures in NYC and the world were masonry. These buildings were a radical departure that were fully embraced by subsequent architects, especially in the US. Today, almost all of out skyscrapers look like these two buildings.
By my eyes, Lever House is more reflective of its time, evoking the feel and materials of mid-century modern, whereas the Seagram Building feels timeless in its minimalism and materials. Ultimately, the outcome of this across-the-street architectural call and response was a victory for Mies. SOM subsequently aped Mies' style in future projects, becoming the Stone Temple Pilots to Mies' Pearl Jam. Standing on Park Avenue and turning your head side-to-side, you can see for yourself why. 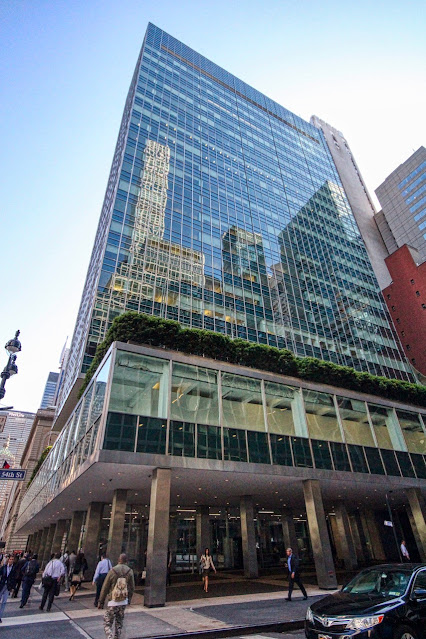 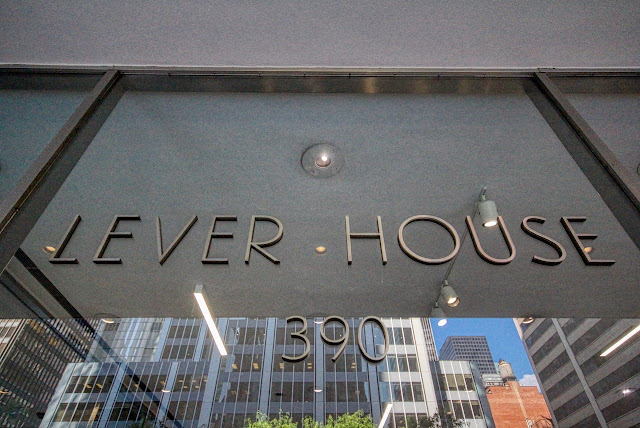 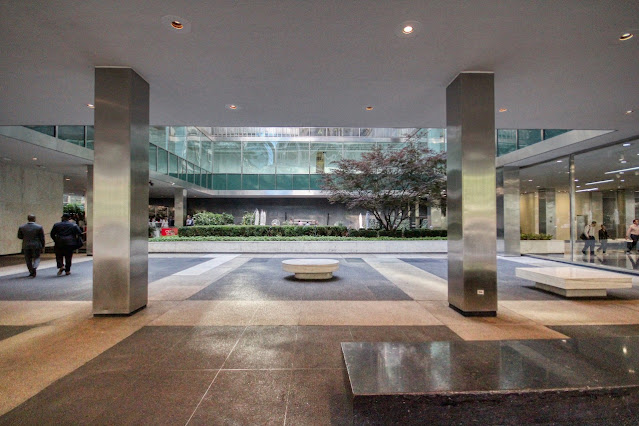 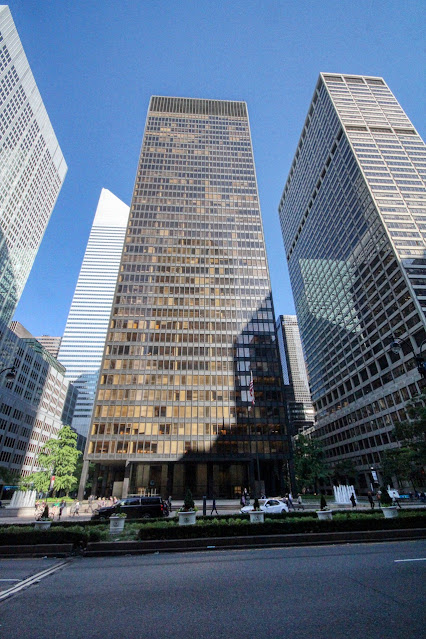 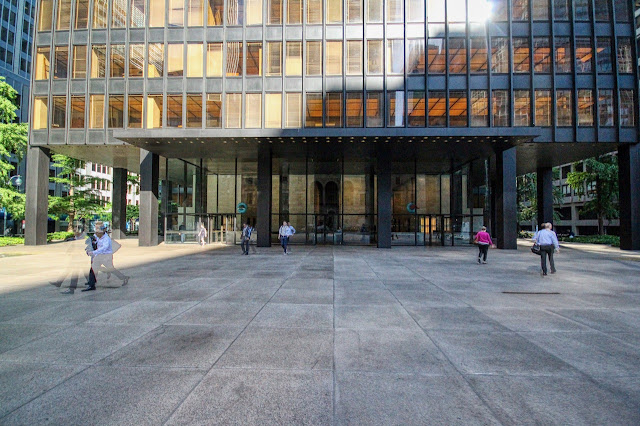 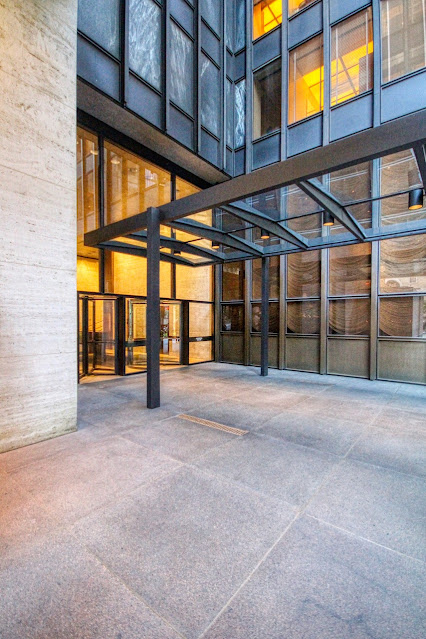 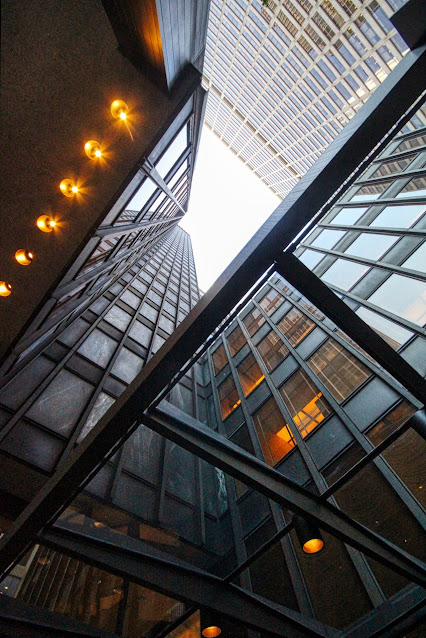 Posted by bubba of the bubbles at 9:26 AM No comments: