Frank Gehry, he of the exhuberant swooshy metallic buildings, calls L.A. home. Accordingly, L.A. sports a number of Gehry buildings, including his home, encompassing his full career. Gehry is definitely not Modern (form does not follow function, we fears...): He's a deconstructivist (although to my uneducated eyes, he appears expressionistic).

Nonetheless, he's built some fantastic stuff. We're huge fans of his later, swooshy work, but this trip allowed us to gawk at some of his earlier work, including a post-Modern beach house in Venice beach built in 1986: 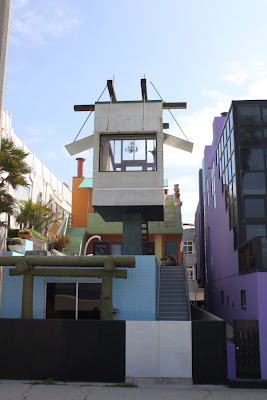 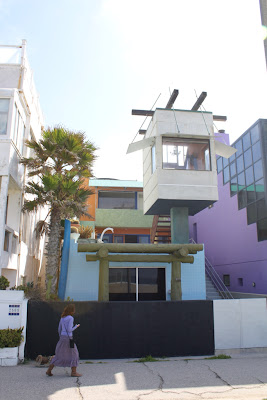 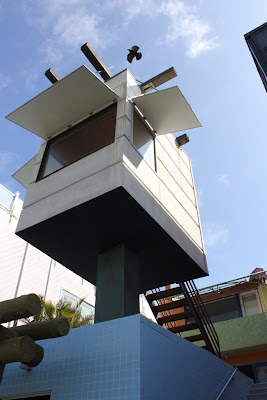 Nearby is Gehry's Chiat-Dat building, built between 1985 and 1991 and famous for its binoculars entrance 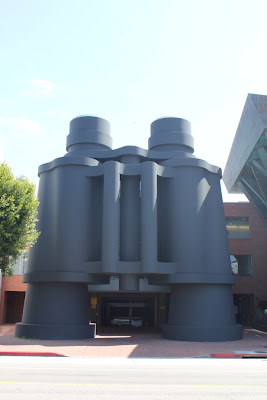 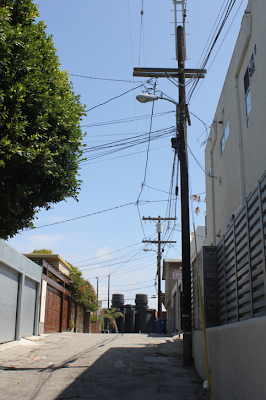 Gehry's house, deconstructed in 1971, is a trip. Glass, corrugated metal, and chain link spills from the sides of the house into the setbacks. Chunks of the original house, hidden in there somewhere, are removed with glass over the lathing. I recently read an article about the house where the writer was thinking to himself "What an unusual floor for a kitchen. I wonder what it is?" when he realized it was the asphalt from the original driveway. If Gehry wasn't an architect, he would be receiving daily doses of mild shock treatment in a very white (and very Modern) building somewhere... 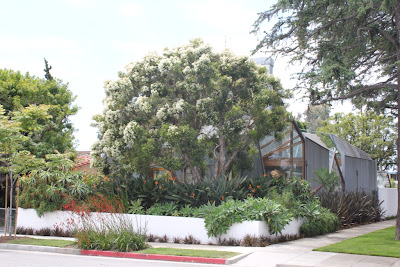 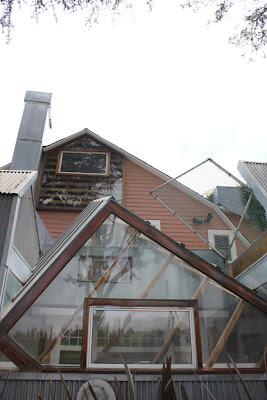 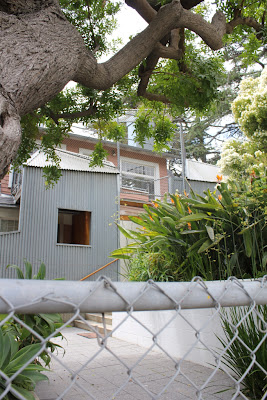 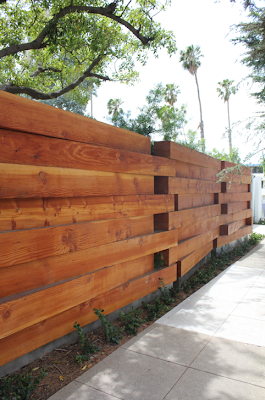 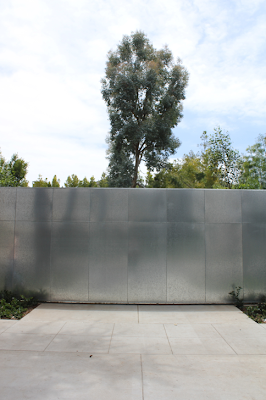 And finally, there's the Walt Disney Performance Hall, finished in 2003. We made a point of seeing it in the daylight and under a full moon: 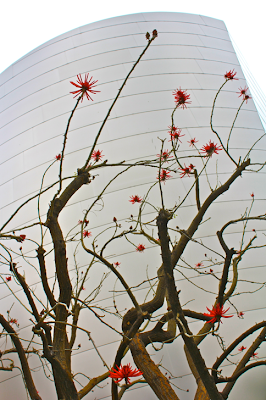 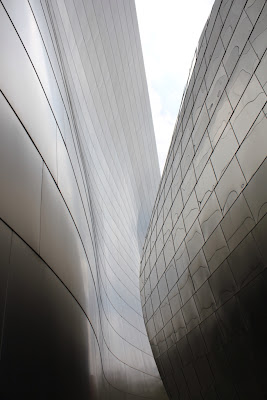 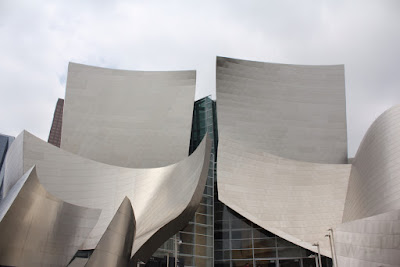 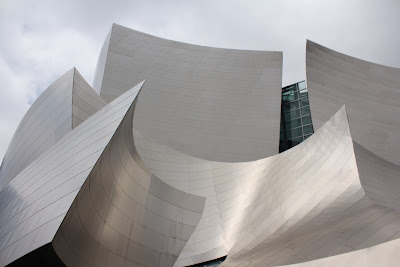 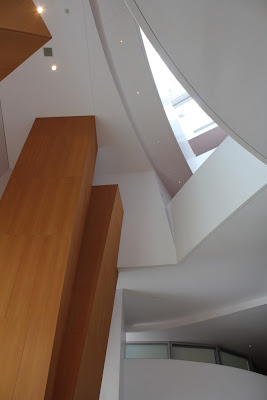 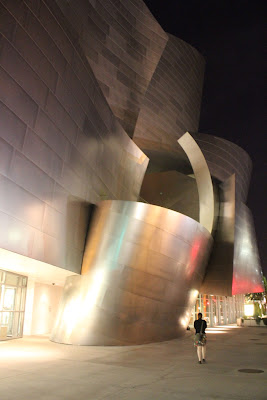 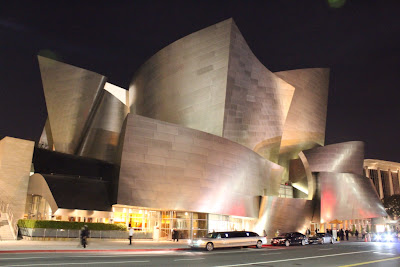