When we went through Austin's Green by Design program, the city recommended quiet exhaust fans on timers, the thought being that people would be more likely to use quiet fans than loud fans and that with a timer, the fan would be run for the (more) appropriate amount of time rather than too short or too long. The Cadillac of exhaust fans seems to be Panasonic (who had a booth outside of the training session). Panasonic has a Whisper line of exhaust fans that are, as the name indicates, whisper quiet (they were running 'em at the session and they was, indeed, hard to hear).

According to the plans, it looks like we need lighted versions, so here's a possibility: 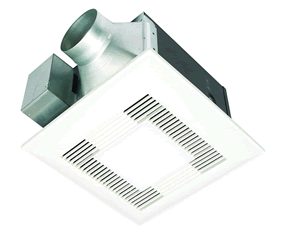 It also comes without the light: 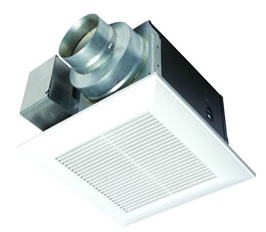 I've read good things about NuTone fans and they are supposed to be less expensive. This lighted one is at 0.4 sones: 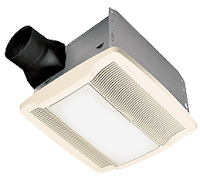 For comparison's sake on sound, heres a standard fan from NuTone: 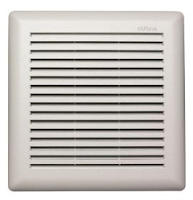 NuTone also makes a value fan you can pick up at Home Depot for the delicate price of $13.97: 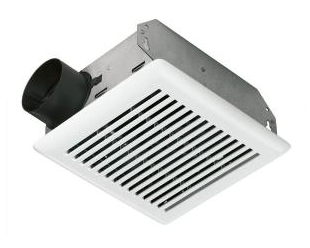 Depot lists it at "4 or more" sones. Prolly sounds like a jet engine!

NuTone also makes a light-fan combo that looks like a can light, something the architects have specified for the master bathroom pooper closet for $134: 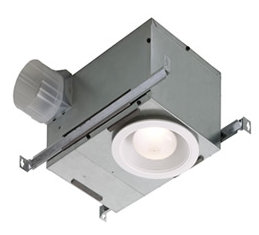 Not as quiet (1.5 sones) as the standard Panasonic.

Not sure why the architects specified this for the master pooper and something else for the other two bathrooms (seems half dozen of one and two of the other...).

Also noticed that the master only has a fan in the pooper closet. Seems like there should be one in the shower area as well to remove moisture...

If we want to sever the light from the fan, we might-could go with Aero fans. Check out this one with less 0.3 sones: 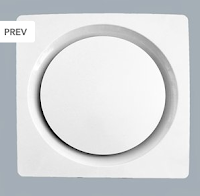 which also comes in a square version: 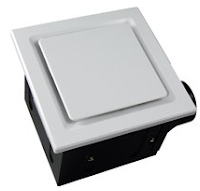 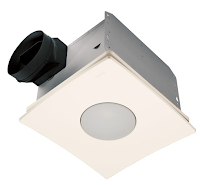 Posted by bubba of the bubbles at 2:57 PM