making the lot whole again; permission to destroy; how to deal with bureaucracies; rise up to appraise

Back in ye old days, some 60 plus years ago, our neighborhood-to-be was platted into various lots. However, when the developer finally developed, he (or she) didn't abide by the original platting and built instead on different lots without replatting with the city. That means I had to take a few hours off work today to research deeds at the Travis County clerk's office (needed to show that the lot existed in its current configuration before 1995 to avoid going through formal subdividing).

I've been to the clerk's office before to research the history of our previous property and to find out what lot holders paid for various lots we bidded on back in our lot-searching days. Searching them deeds is an interesting thing. Fortunately, most of them are digital and online, but you have to go to the office and print them there to be "official". And if you go way back, you have to deal with the dreaded microfilm readers. Not a good way to spend your morning unless you  have a solid prescription of Xanax. 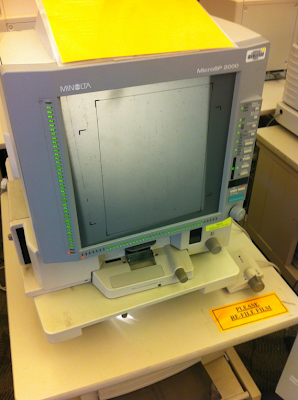 On the plus side, I love researching this stuff and trying to fill in the blanks on the history of the land. For grins, I went ahead and pulled the original deed for the property from way back in the 1860s: 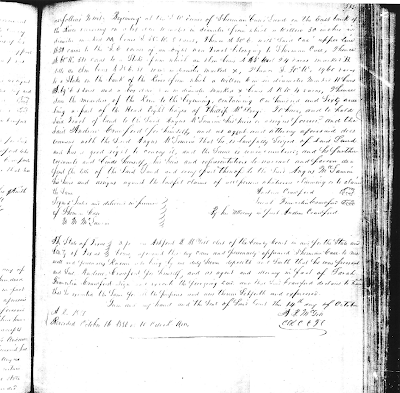 After a couple hours at the county office, I hoop-hogged down to permitting for a pleasant five minute wait before talking to staff and submitting paperwork. We should be whole again tomorrow.

Got a note from the architect that although there is nothing on the lot to demo, we need to file for a demolition permit. Apparently whomever demo'd the original house (our neighbors say it was the city after they condemned the property) didn't file a demo permit (which kinda makes sense if it was, indeed, the city...). Despite that the house was prolly demo'd back in the early 1990s, the city wants to see a demo permit on file. That will cost a to-be-determined permit fee, and the paperwork (of course) requires notarization. grrrr...

how to deal with bureaucracies

In short, jump through the hoops and smile (unless you reach a point where you truly need to raise hell). No one likes bureaucracy, but it doesn't get you anywhere to rip into the dude or dudette in front of you who had nothing to do with putting the bureaucracy in place. I've never understood the propensity for folks to shoot the messenger, especially if you need that messenger to do something for you. Shoot the messenger, and the messenger may passive-aggressively delay your permit (or cause other problems). Would you go out of your way to help someone if they just ripped you a new one for something you have no control over? Didn't think so. My advice is to get through the process and then talk to the folks that can really deal with the issue, generally the elected officials. Run for mayor if you need to. We may even put your sign in our front yard.

Note that the county and city folks we dealt with today were quite pleasant. In fact, the city guy seemed surprised I didn't yell or complain. Maybe that's why he said he could get our paperwork done by tomorrow (despite the paperwork saying it takes two weeks).

The other thing to do is to READ THE PAPERWORK CAREFULLY. Make sure you have addressed everything. Saves a trip (and a potential blow-up).

rise up to appraise

After some struggles with digital files (I'm discovering that the building bidness is still pretty much oldskool), the appraiser is at work appraising the property. From what I've read (it's in that Dummies book...), unless you're in a sooper-hot market (ha!), don't expect the house you're going to build to appraise for what it costs to build it. OK. We won't expect that. So I guess the question at this point (oooo: suspense!) is: How much lower will the appraisal be? Since we're rolling a lot of cash from our previous nearly-paid-off house into this one, it won't be an issue for us, but if you're minimizing your cash outlay on a build, it could impact your ability to get a construction loan.

Despite the aforementioned "ha!", the housing market is Austin is, indeed, hot right now. It is a seller's market with reports of houses going under contract in mere hours in certain neighborhoods. In fact, we've had two inquiries about buying the lot (it would take a bit of coin at this point...). That bodes well, wethinks. We shall see...

Posted by bubba of the bubbles at 8:02 PM