how much does it cost to build? (part deux) 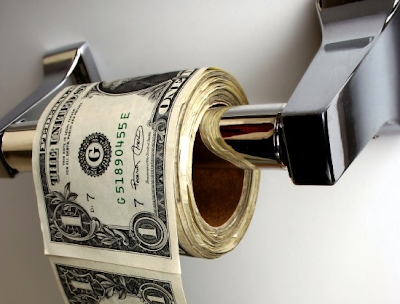 This is a follow-on to an earlier post on the same topic, but now informed with the experience of having a hard bid (and moving into construction). I reckon we'll have a subsequent update after everything is done.

Architects and builders are generally reluctant to tell you what it costs to build, and for good reason, because the answer depends on so many things. Not that they can't (or won't) give you a number after a bit of hemming and hawing (and an assurance that you won't hold them to it), but there are many (many [many]) caveats. First off, what kind of home do you want to build? In general, custom costs more than semi-custom costs more than tract, and custom comes in many different flavors. High Modern (Magazine Modern) seems to start at $300 a square foot and goes up quickly from there. The level of finish out in the house also impacts cost as does the percent of kitchen and bathroom square footage as compared to the total square footage. Kitchens and bathrooms are expensive (cabinetry, tile, appliances, bidets, bug zappers), and their cost can be diluted if you have lots of other, less complicated, square footage. And then you have to know what the price per square foot given to you includes. Does it include soft costs (architectural fees, permit fees)? Does it include landscaping? Does it include closing costs and carrying costs of the loan or loans? Does it include your green bling and some of the goofy stuff you might want (such as a pool or helipad)? Does it include marriage counseling?

So here's an analysis of what it is costing us (so far...) to build our house. We'll start off with the hard costs to build the house and garage (no soft costs, no landscaping, no fences, no green bling, no gewgaws, no helipad) and (ahem) build from there.

$161 a square foot This is our builder's "hard bid" (good enough to go under contract with) for our house. This, ladies and gentlemen, is not bad for in-town custom construction let alone custom construction in a Modern vein. And our house at this build price has a lot of bling: two storefront doors and a bank of storefront windows, fancy commercial roofing (that at the very least costs less than gold shingles), a high-efficiency HVAC, a mostly-masonry exterior, spray foam insulation, detached two-car garage, fancy-schmancy garage door, and our fussy-mussy plumbing fixtures (sadly minus the cubist pooper). This is not Magazine Modern, but very very nice nonetheless and adequate for our purposes (and budget!).

If you are building Modern, you could easily bring this cost down by building much simpler. For example, those flattish roofs on our house cost more to build and waterproof than a typical shed roof. That big ole cantilever adds extra cost in engineering and materials. Storefront doors and windows are expensive as hell. Stone cladding requires a lot of scratch, and oodles of stucco requires oodles of cash. Lower-priced plumbing fixtures would reduce costs [darn that expensive tub!]. There is more, but I'll stop there.

As an FYI, the soft bid came in at $146 a square foot, but note that it's not completely fair to compare the soft bid to the hard bid since the hard bid has upgrades not considered in the soft bid. Nonetheless, you could fight to get this hard bid down to the 140 to 145 range if hand-to-hand combat doesn't turn your stomach.

$169 a square foot (add an additional $8 a square foot to the previous number) This encompasses our upgrades to the house, including an additional storefront door, upgrading all the windows to storefront, upgrading the tile, linear shower drain, ERV, cubist pooper, audio, upping the electric fixtures budget by 35 percent, wine fridge, grasscrete, and (did I mention?) a cubist pooper (yes, I mentioned it twice; yes, it's that special).

$182 a square foot (+$5 a square foot) This includes costs associated with the construction loan (closing and carrying costs). These costs can vary widely depending on how much you have to finance, how many closes you have, and the going interest rate.

$194 a square foot (+$12 a square foot) This includes costs for landscaping, including fencing (including a "sound wall" at the back of the property, something most houses won't have to worry about). This category can range wildly depending on what you want done.

$205 a square foot (+$5 a square foot) This includes the helipad, which is surprisingly more affordable than I would have ever thought. However, given the layout of our property and trees and whatnot, we will need a structure to elevate and offset the pad, so the real cost of having a helipad will probably bump the total cost up to the $215 to $225 a square foot.

And if any of the neighbors are reading this, note: WE ARE NOT PUTTING IN A HELIPAD!!! Not yet, at least... (JOKING!!!) 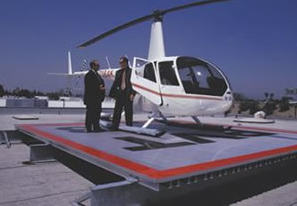 So our architect friend, way way back in the early days of us considering building a house, was a wise man. He told us $200 a square foot. However, it's unclear if he was referring to total costs or just hard costs. And it's unclear if his guesstimate included a helipad...
Posted by bubba of the bubbles at 9:45 AM