haiku for the interview "To Tell the Truth: Dione Neutra" conducted by Lawrence Weschler 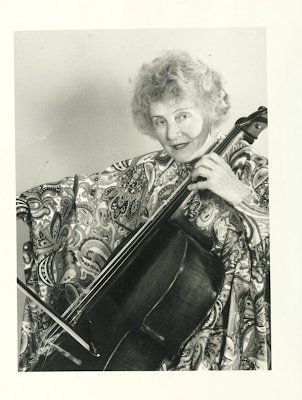 born in Austria
and married an architect.
modern architect

While looking for photos of R.M. Schindler's and Richard Neutra's joint projects, I stumbled upon a stash of spoken histories recorded and transcribed by researchers at UCLA, including this one with Richard Neutra's wife, Dione, done in 1983. It's an interesting read.

Dione weaves her way through her entire life in this nearly 500 page tome with a lot of emphasis on her life with Richard, who she refers to oddly as "Mr. Neutra".

I read this tome in large part to hear her recollections of Schindler and living in the Schindler-Chace House (The bride: "So this is what it's come to? Reading old interviews in the hopes of Schindler mentions?"). On this, Dione says that "...of course, we were absolutely overwhelmed with the house on Kings Road." Later, after commenting on the shared kitchen, open floor plan, and openness to the outdoors, she observes that "[t]his was a house that was made for an ideal world..." On Schindler, she notes that "...Schindler is a very difficult character, very non communicative, hiding his true feelings behind a smiling face. He has however such an infectious laugh, especially when Richard tells a joke, that it is a pleasure to watch him, and I like him very much."

Dione wasn't a fan of Schindler's wife, Pauline, and was clearly intimidated by her. Pauline questioned everything, whereas Dione didn't question much. Pauline, an activist in child education, questioned how Dione was raising Frank (neglecting a golden rule in human relations: never criticize how a mother raises her children). Dione notes that she could hear the Schindlers fight and speculates that Pauline promoted Neutra to make Schindler angry [Pauline promoted modern architecture in general].

Dione talks about the Lovell Health House and how Neutra came to design and build the house instead of Schindler. She notes the roof collapse of the Lovell Cabin Schindler designed as well as the drainage problems with the porch on the Lovell Beach House as factors. She also observes that wives of clients tended to fall in love with Schindler, noting that "...he was a very erotic personality, and women would...just fall for him." According to Dione, this included Mrs. Lovell, so Mr. Lovell wasn't keen on doing another house with Schindler. She also claims that Schindler wasn't interested in doing another house with Lovell; however, that claim seems slightly suspicious since she also describes Neutra being conflicted about taking the job, concerned about how Schindler will respond.

She describes the triumph of building the Lovell Health House and the subsequent open house and press coverage. But then she also notes that Neutra didn't get a single job over the following year. Although this was not good, it ultimately was good for his career because he went on a world tour to promote his books, something that polished his reputation in Europe and, later, helped him when the American scene became enamored with European architecture, the "International Style". In fact, Neutra's books played a large part in lifting his reputation, especially in the early days when there wasn't much modern building. Neutra felt that leaving Schindler at that time (before fully mending fences) would forever sever the relationship. In that, he was correct.

One pleasant surprise was seeing that Neutra designed and built a house in Brownsville, Texas, in 1936. It still exists! 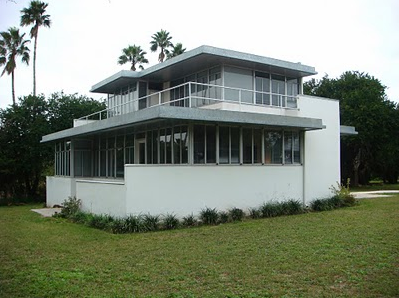 A telling passage of how insecure the Neutras were re: Schindler concerns the publication of Esther McCoy's book on Neutra. Neutra had a strong sense of what he wanted McCoy to focus on (namely his  ideas on biorealism) and what photos he wanted her to use in the book. After pestering the publisher, they got to see the book and were unpleased at the lack of biorealism and the photos she chose. Dione notes that McCoy's book, "Five California Architects"which focused on the relatively unknown architects of California, including Schindler, came out later. Dione states that "Only months later, when we saw her book on five California architects, did we understand why she wanted to play down the role [Neutra] had played in the development of the modern movement in California and the USA." She goes on: "Well, I think, you know, that she was Schindler's girlfriend, and I think that Schindler was the architect she was really interested in. And so as she had this manuscript where...she wanted to play up Schindler and Greene and all the other architects and play down Neutra's role."

The Neutras continued to badger the publisher about McCoy's book until the publisher, exasperated, pulled the book completely. Neutra wanted the book revised according to his desires, but ultimately decided that publishing the book as is was better than not publishing it all. So the book was published. (Well played, Mr. Editor, well played...)

Neutra worked all the time to keep his practice afloat, and his health suffered. During his later years, he had several heart attacks and spent the last years of his life in Europe working on a book as well as several houses. Not all was happy:

And we discussed this, of course, on our walks together, and he looked at life, how it is housed from the birth clinic to the funeral parlor: do all these activities which are being housed, did the architects design it from a biorealistic point of view or from "how cheaply can I build per square foot?" The last year we were here, he rewrote it again and labored over it, but he was not happy and said, "I am happy. I enjoy talking with my clients. I am happy to be an architect, and writing is just a side issue with me." But to be an author all day long didn't appeal to him. So on our walks together he would say so many times, "I wish I was dead, then everything would be easier for you." And I had to say to myself, "Yes, it would be." It was really very sad.

Neutra died from heart failure in one of his houses while arguing with a client about his fee.
Posted by bubba of the bubbles at 7:28 PM