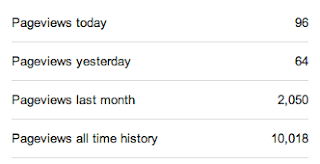 I loves me some data, so it's kinda cool to (ahem) look at the data, something Blogger (ne Google) helpfully provides. The plot below shows hits per month:

The hits were slowing growing as the content grew (more content to pop up in search engines, I reckon), but the hits really took off after the good folks at Modern Austin listed Austin Cubed as one of their fave local build blogs (thanks Modern Austin!). Also, our page of "modern home design to 1950" dropped about then as well, adding quite a bit of traffic. (Note that the dive there at the end isn't [ahem] a drop in our popularity: It's the first day of April [or at least I hope so!]).

Not surprisingly, most folks that visit this site are from the U S of A. Thankfully no one from Africa has visited (where they have third-world problems, not the first-world problems we have ["We're destined to be stuck with a sucky hob! WHAT WILL WE DO!!!"]). 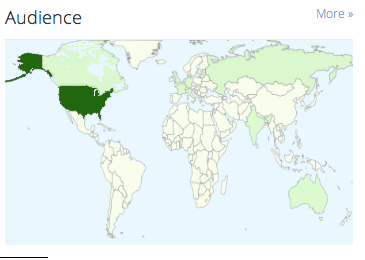 The most popular posts are as follows: 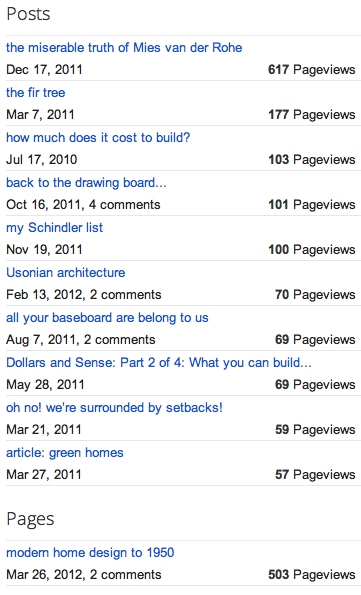 There's nothing remarkable about that Mies van der Rohe post except the title. That's why headline writers are important, I reckon! The fir tree and Usonian posts corral in the Frank Lloyd Wright fans. The rest? Yadda-yadda-yadda... And look at "modern home design to 1950", my monument to my Modern home fixation. It hasn't been up long, yet it's fixin' to bypass "miserable truth" any day now. The drama is killing me!

When I figured out we could monetize our posts, I thought "What the hell!" I always wanted to be a professional writer. Let's see how we're doing:

But seriously, if you are a regular reader or just passing through, thanks for tuning in. Most importantly, this site has allowed us to make some new friends (and a few enemies...) and is, oddly, a great stress reliever and organizer.

Posted by bubba of the bubbles at 6:58 PM

Email ThisBlogThis!Share to TwitterShare to FacebookShare to Pinterest
Labels: administrative