we dream of neoplastic trees

We have a few calls out for landscape architects (with few calls back; hmmm...). Meanwhile, I’ve been thinking about what we would like for the hardscape part of the landscape. Given the walls (the privacy wall out front, the art wall inside, the inset wall on the front, and the north wall that extends to the outdoors), I’m thinking walls should be a theme of sorts for the landscape.

The walls described above remind me, however loosely, of the site plan for the brick country house Mies van der Rohe designed in 1924. This design is iconic in architectural circles because the plan, in and of itself, is a work of abstract art. The walls are ”exploded” in the sense they don’t connect to define space. Long walls drift away from the house giving the plan a sense of infinity. 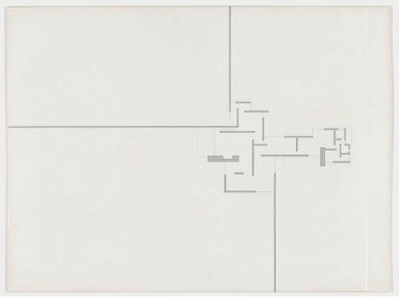 o Mies, you so neoplastic!

Those that know a hell of a lot more than I do suggest that Mies’s brick country house was strongly influenced by the Dutch art movement call de Stijl (pronounced duh stile [which sounds like something Snookie would say…]), which means ”The Style” (and is also referred to as ”neoplasticism”). The de Stiljers, active between 1917 and 1931, liked to reduce reality to abstract representations of (often) unconnected vertical and horizontal lines, rectangles and squares, and primary and non (black, gray, and white) colors. The painter Piet Mondrian (color blocking!) is probably the most famous neoplasticist (who later had a falling out with another founder of de Stijl [Theo van Doesburg] over the use of diagonal lines). 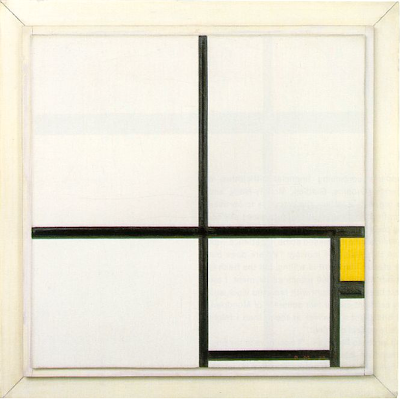 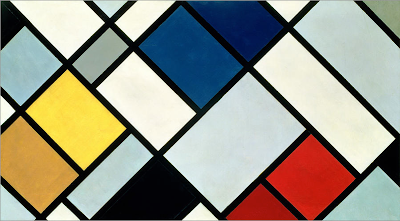 In 1924 Doesburg went diagonal (Elementarism). Mondrian was not amused.

The movement included several architects, including Gerrit Rietveld, Robert van't Hoff, and J.J.P. Oud. Rietvold used de Stijl principles to build the famous Rietveld Schröder House between 1923 and 1924 (apparently the only house to employ all of de Stijl principles in structure). 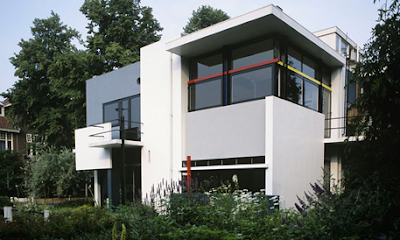 Rietveld Schröder House
Mies continued to be influenced by neoplasticism, clearly evident at the Barcelona Pavilion. 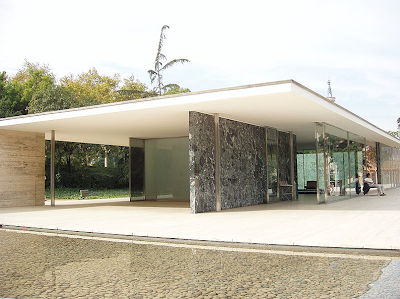 So how does this fit with our house? Again, think of those walls (but let’s forget about that primary color bidness...). I’m thinking of adding more disconnected walls following the grid of the house to define yard space. I’m thinking about a shorter one at the head of the parking spot that doesn’t start exactly at the corner (to keep it conceptually and visually separated from the plane of the drive [and to keep the bride from taking it out when backing out from the carport...]) that extends out from the end of the paved parking spot. Another, even shorter one, could be oriented east-west, lined up with the first story-window in the second story volume.

In the rear of the property, walls could be placed to provide security, privacy, sound isolation, and circulation (pathways and where to go) and define space.

Below is what I’ve come up with (cost considerations cast aside for the moment: Solid walls are expensive!) with a (gentle) deconstruction (with selected house walls). 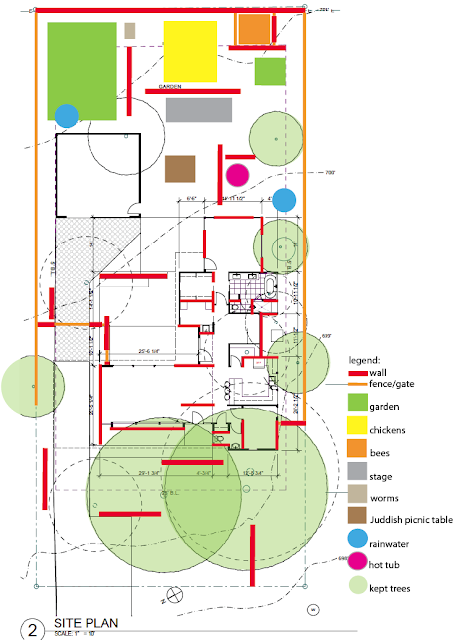 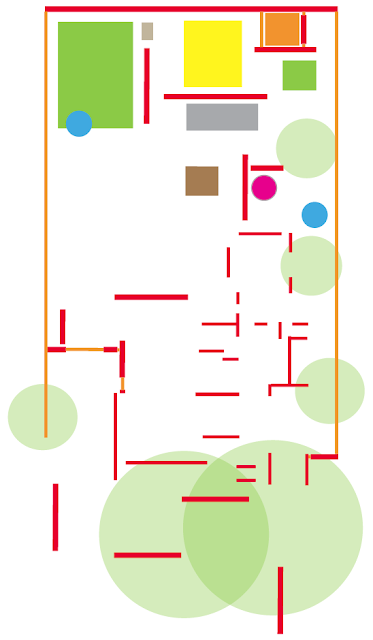 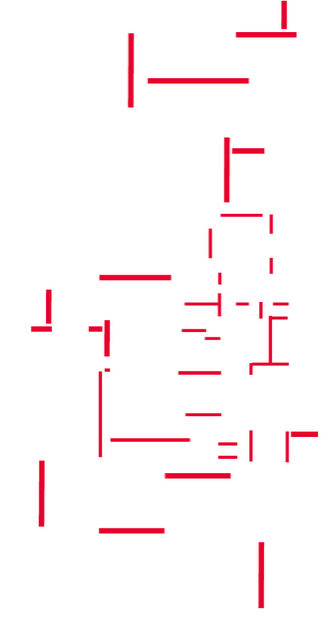 - Coloration must be in the primary colors of red, blue and yellow or the noncolors of black, gray and white.
- Surfaces must rectangular planes or prisms.
- Aesthetic balance must be achieved and this is done through the use of opposition.
- Compositional elements must be straight lines or rectangular areas.
- Symmetry is to be avoided.
- Balance and rhythm are enhanced by relationships of proportion and location.

If the kids down the block form a band heavily influence by the Plasmatics, are they neoPlasmatics?