waking up to architecture 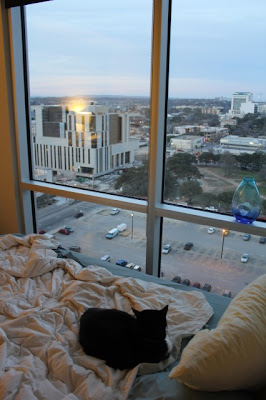 Every morning we wake up to the new federal courthouse under construction about a block away (photo above from our bedroom window). It's a glorious site. The design is unusually inspired for a federal building, especially compared to the Hampton Inn Michael Graves designed for federal affairs in Nashville (Graves needs to stick to toasters and teakettles...). Although I'm somewhat bummed the feds didn't choose someone local to design the courthouse, Mack Scogin Merrill Elam Architects, with some help from some locals, came up with a fantastic design.

Federal courthouses these days, especially with the ever-present threat of domestic and international terrorism, aren't the most open and cuddly buildings around. Therefore, the Austin judges, to their credit, asked the architects to develop an "unusually extroverted" building, doubly important because the structure faces a public park, Republic Square. Along those lines, the building actively engages the park, is "front-faced" on all sides, has lots of windows and elevated outdoor areas, and, reportedly, a green roof. In a nod to the farmers market held in the park every Saturday, the street between the courthouse and the park will be closed off and designed to accommodate the market. How’s that strike yer turnips?

The building is subtractive cubist with a facade made of glass, crenulated limestone, and metal that changes in color from silver to bronze to black depending on the angle of light (I wonder what that stuff is…). The architects state that "[t]he stability of the cubic form exemplifies the strength, coherence and dignity of the judicial system." The New York Times thinks the design represents tension "between the desire to uphold core democratic values and a growing sense of instability".

The building has a number of green features including rainwater harvesting, daylighting, and a super-efficient HVAC system. The grounds will include an outdoor jury garden for [ahem] contemplation. The building aims for LEEDS silver.

As an interesting historical note: Austin's current courthouse is an austere art deco ditty built with federal stimulus dollars in the 1930s in response to the Great Depression, while this new courthouse is being built with stimulus dollars in response to the Great Recession (the project had been conceived earlier but benefitted from being shovel ready when stimulus funding became available).

When it's finished, I hope I get summoned to jury service! 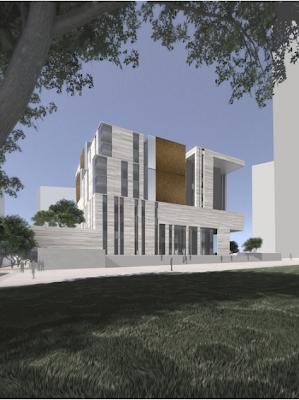 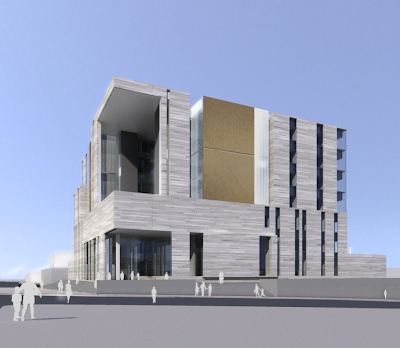 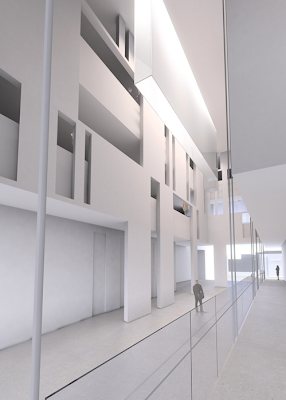 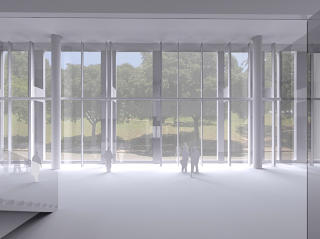 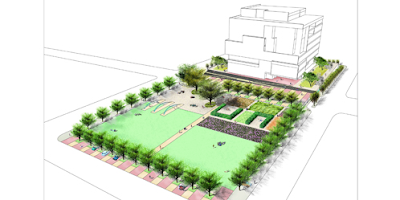 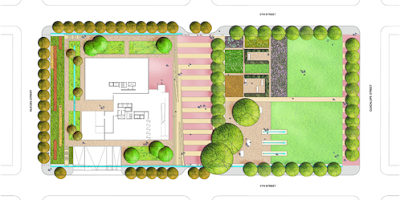