Our landscaping grand plan includes a stage in the back yard: 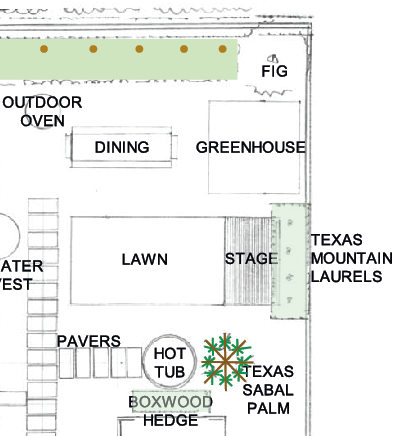 We built a stage at our previous house, which was great fun for poetry readings, speeches, and musical performances. We were even married on that stage. Given the enjoyment we had with that stage, we're determined to have one at this house as well.

For this stage, we plan all those functions and more! Here's the grand plan:

I'm not exactly sure where to place the "picnic" posts. Flush with the posts? Slightly behind? Slightly ahead?

The architects were out a few days ago for a magazine interview (stay tuned...) so I was able to get their quick feedback on the stage situation. It's doubly helpful that one's a musician (and one at least looks like a poet...).

So here's where I'm at with the design: 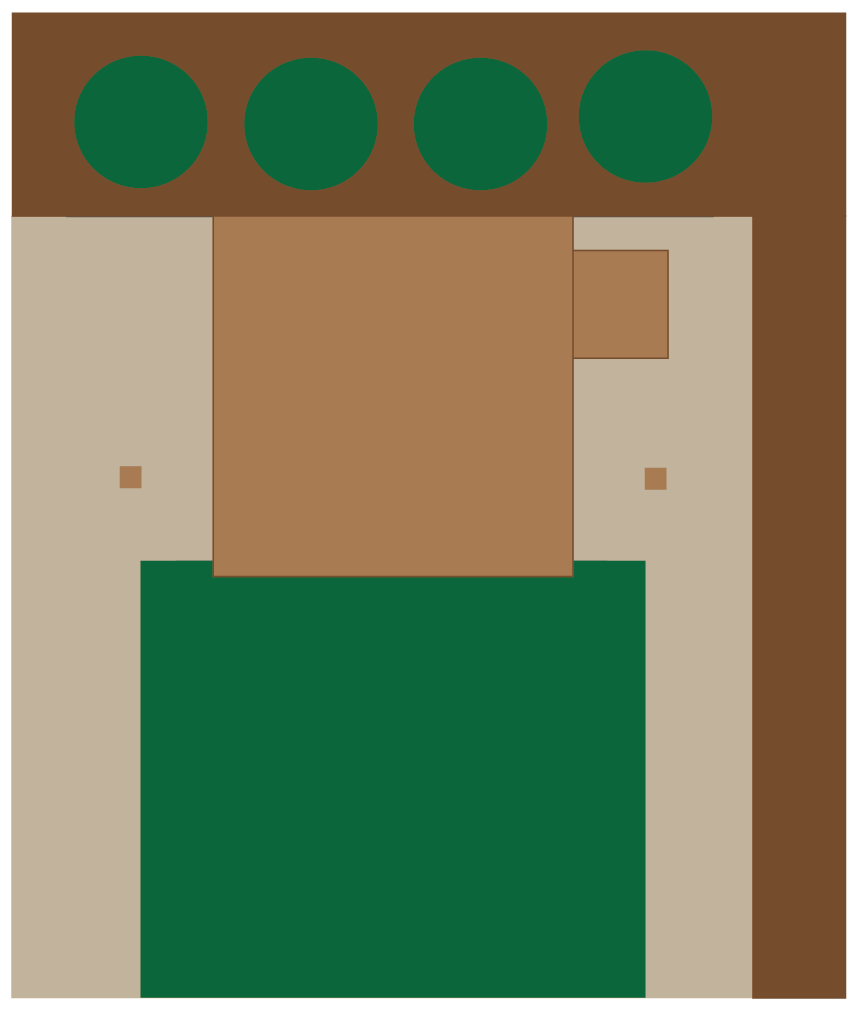 The dark green area at the bottom is the existing lawn of Aggie Zoysia (14 feet wide) and the brownish square (10 feet wide, 9 feet deep) is the proposed stage, which is shown to hang over the lawn by 6 inches (maybe it needs to be more?). The darker brown behind and to the right of the stage is the existing mulch area with the four planned Texas Mountain Laurels. The light brown background is the existing pea gravel. The two small squares are the proposed placements of the 6-inch square cedar posts, the inside corner offset from the lawn and the stage by 2 feet. The medium-sized square in the upper right is a step up to the stage, 3 feet by 3 feet with six inches under the stage (needs to be 1 foot?).

Based on their work and reviews on Angie's list, we're looking at Austin Deck Company as the potential contractor.

We want the deck to "float". For example: 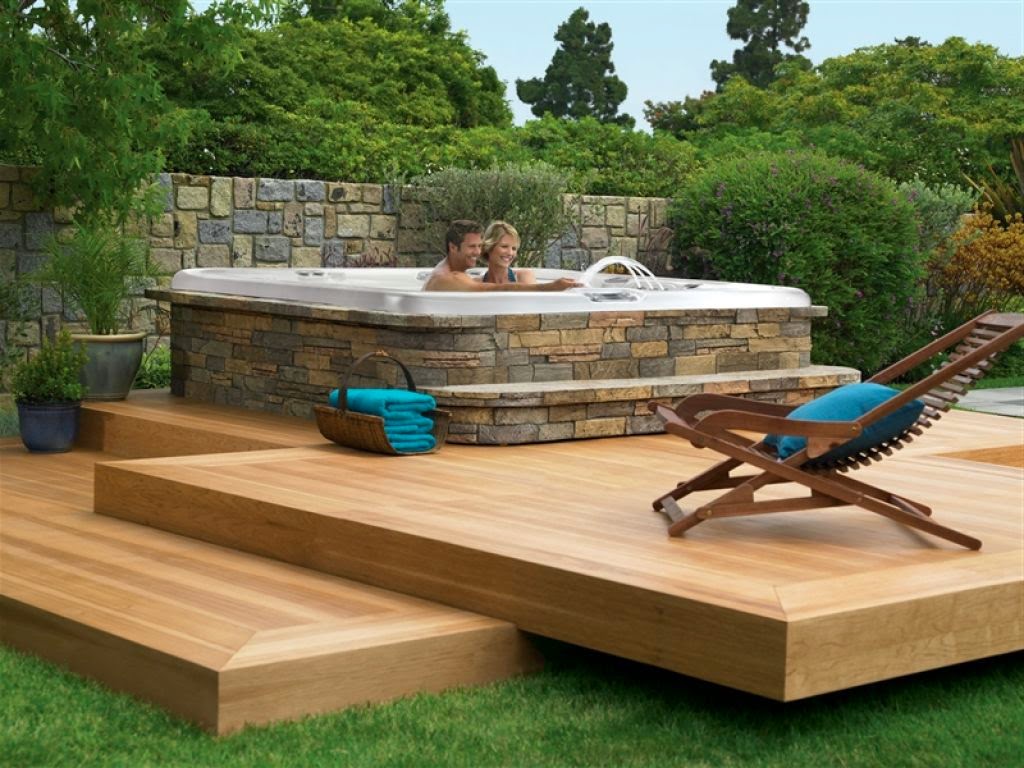 
Some info on floating decks:

The Depot on decks.

As well as this hilarious piece written by a code-bot on how to build a floating deck.