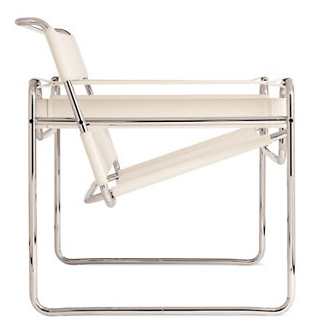 I'm always amazed by how well Modernist furniture designed in the 1920s fits in with our house. I suppose I shouldn't be surprised. After all, this furniture was specifically designed for Modern structures at a time when there was no furniture to fit the architecture. Nevertheless, here I stand (and sit?), amazed. 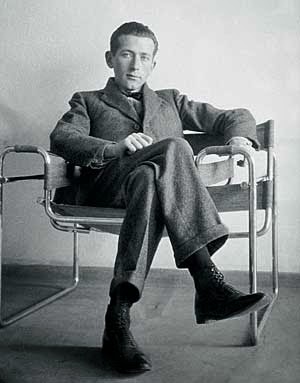 Marcel Breuer in his chair circa 1927.
"This metal furniture is to be nothing more than a necessary device for modern-day living."

A recent acquisition we made was Marcel Breuer's Model B3 Chair, known popularly these days as the Wassily Chair. Designed in 1925 and 1926 while Breuer was the head of the cabinet-making workshop at the Bauhaus (and only 23 years old!), Breuer was inspired by the chrome handlebars of his newly acquired Adler bicycle. His design also echoes neoplasticism, namely Gerrit Rietveld's early de Stijl furniture. It was also the first use of steel tubing in furniture. 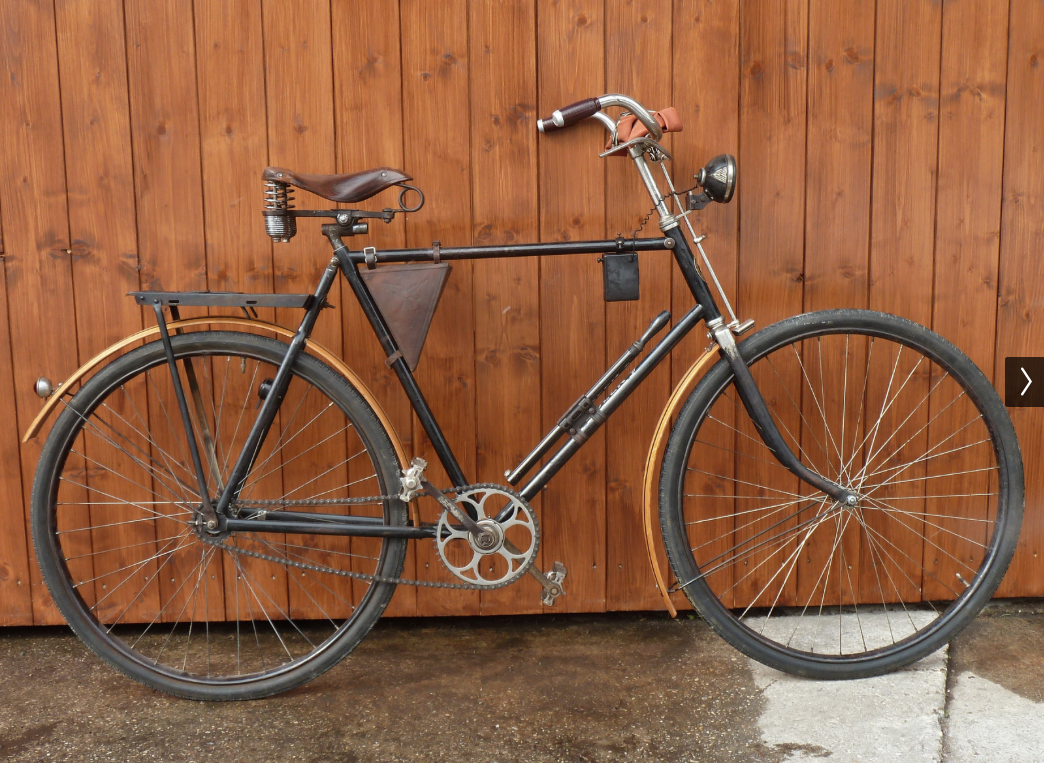 The original chair used black or white canvas for the material and came in a folding and non-folding version. It wasn't until after World War II that the manufacturer introduced leather in addition to canvas. Knoll currently owns the trademark and design, although the patent design is expired and thus available to other manufacturers. The Knoll version retails for (gulp) $2,354 (our unofficial [and more than adequate] version cost substantially less). The name "Wassily" came years later when the chair was re-released and the manufacturer heard a story of how the painter Wassily Kandinsky, at the Bauhaus at the time Breuer designed the chair, liked the chair so much that Breuer had an extra copy of the prototype made for him. 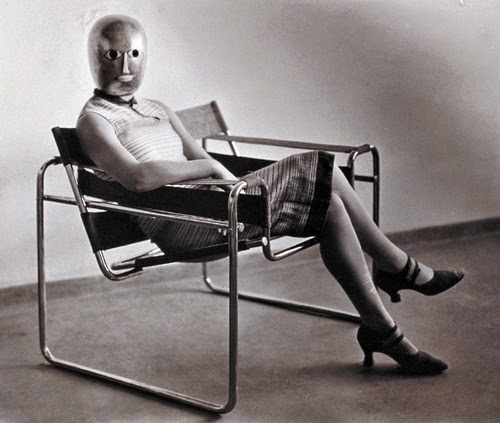 Pleasantly creepy photo by Erich Consemüller of a woman in the B3 club chair wearing a mask by Oskar Schlemmer and a dress in fabric designed by Lis Beyer, 1926. 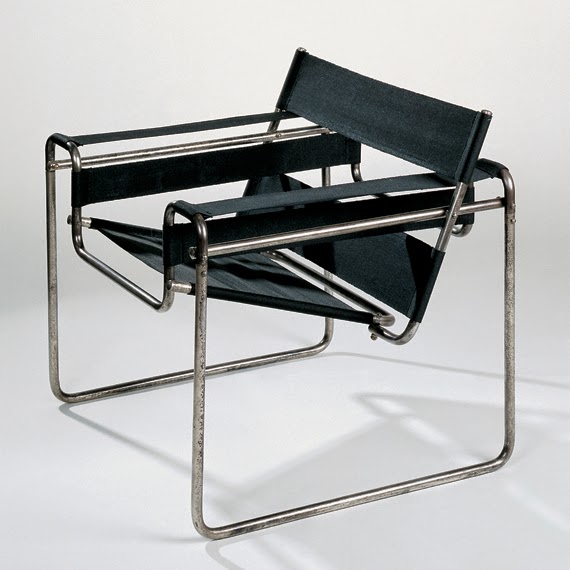 Marcel Breuer (1902 to 1981) was a Hungarian architect and early student and instructor at the Bauhaus. He teamed with Walter Gropius at a number of institutions and for a number of projects, complimenting Gropius' lack of drawing skills. Like many of the Bauhausers, Breuer left Nazi Germany in the 1930s. His path took him and Gropius at first to England where they worked for Isokon. While in England, Breuer collaborated with the architect F.R.S. Yorke on Modern houses. When Gropius left England for the United States in 1937 to run the Harvard School of Design, Breuer went with him. Breuer and Gropius went their separate ways in 1941. 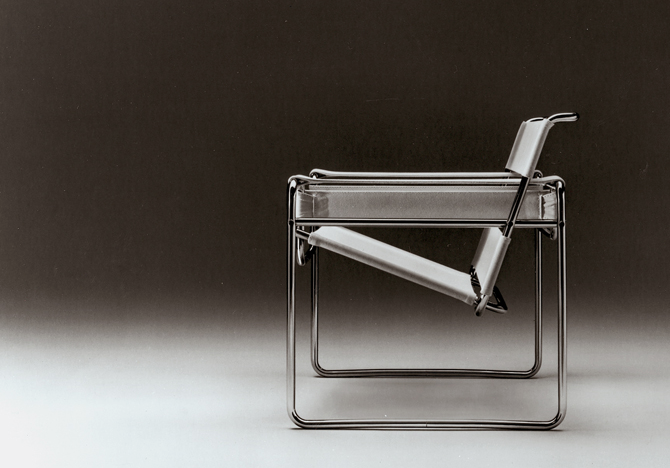 Photo of the vintage chair with white canvas from Knoll. 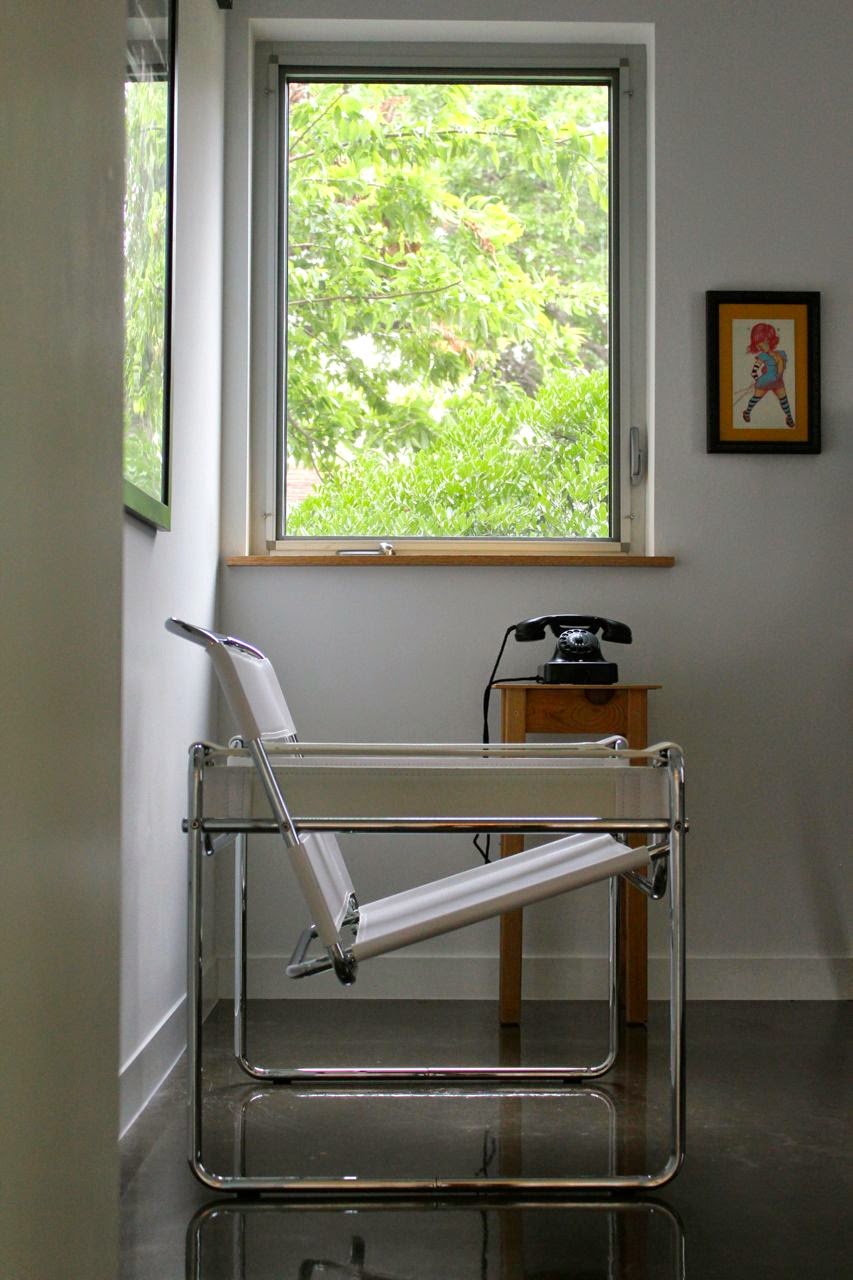 We put the chair in the office, which has a viewscape from the entry and living room along the bookcase. The antique black phone in the rear is from East Germany. 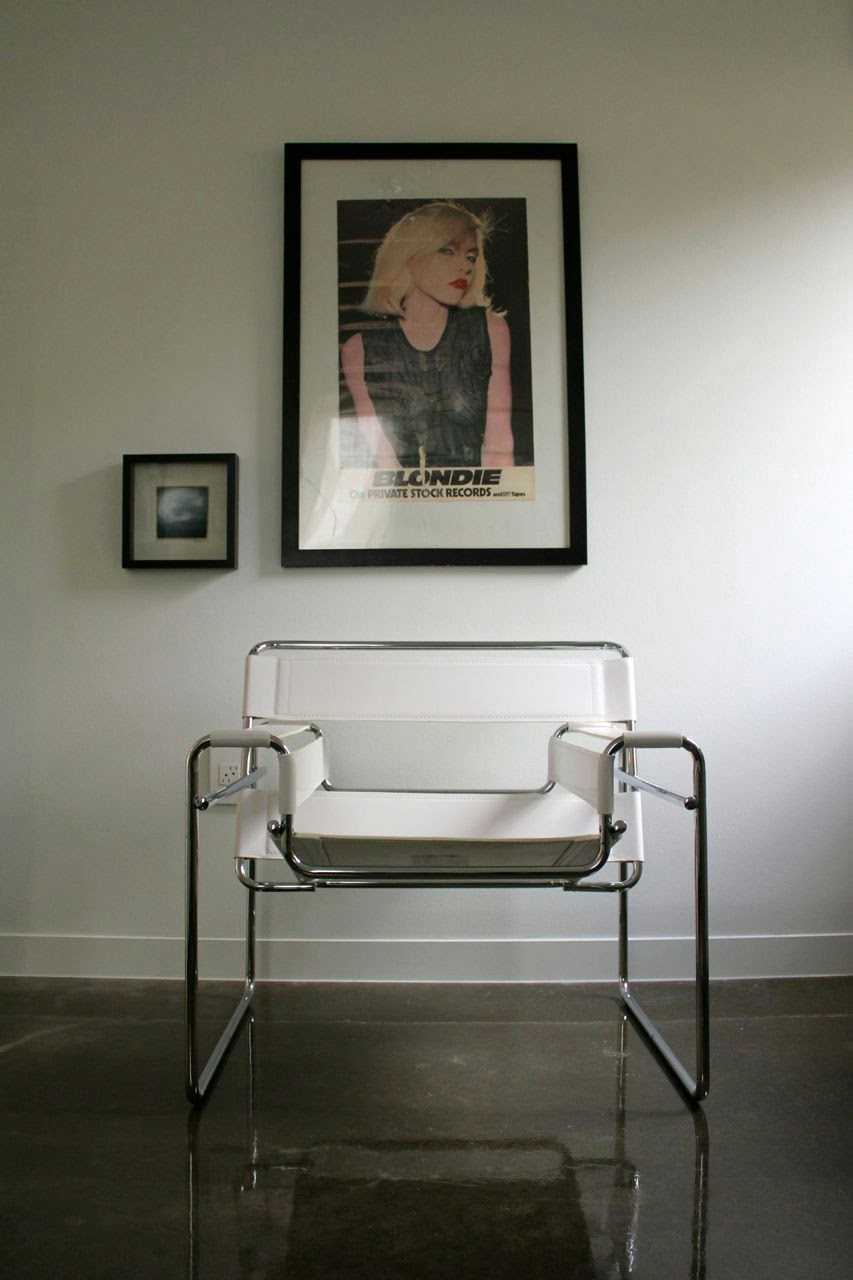 Posted by bubba of the bubbles at 9:19 AM