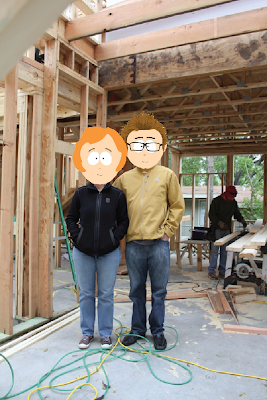 The framers been framing, putting the finishing framing touches on the house. Most of the framing of the walls is complete, so they've been focusing on the roofs. They figured out the ceiling goofiness in the rear entry/pantry area as well as the roof intersections in the "armpit" part of the house (where the "public wing" intersects with the "private wing"). 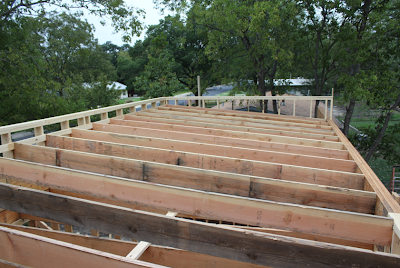 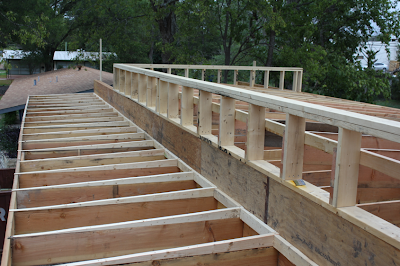 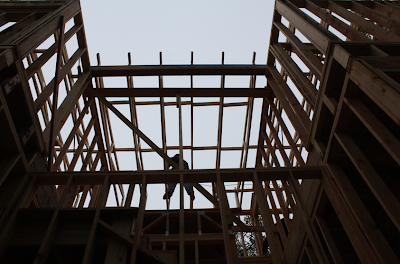 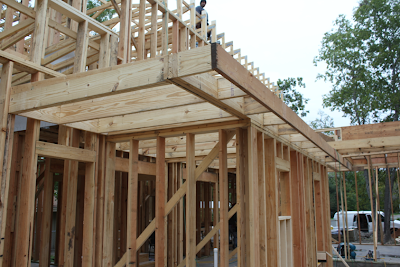 Also, the stairs are completely done (we call this next series of photographs "Thankfully Amply-Dressed Homeowners Descending a Staircase" ): 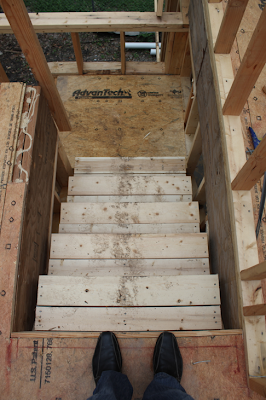 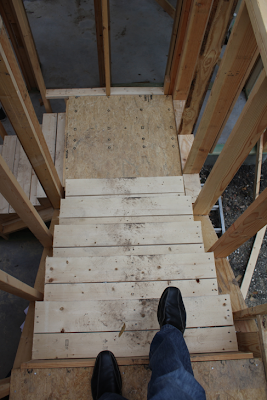 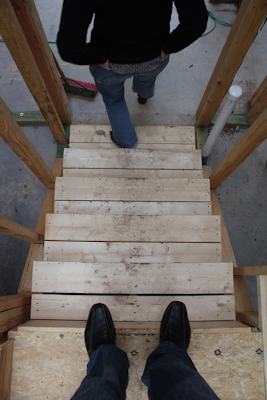 The cantilever is more framed out, especially on the back. Believe it or not, it still has a foot or so addition coming to it! 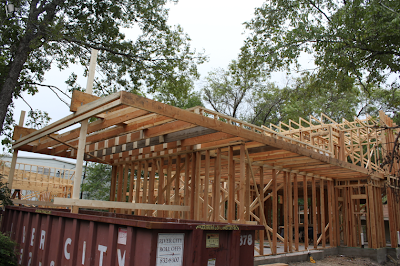 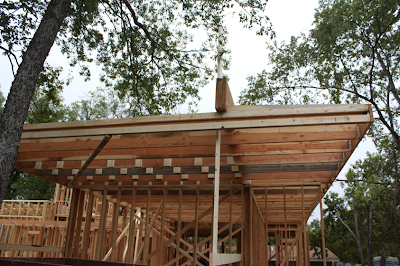 It's been fun checking out the views out the windows. Here's one of the corner windows at the front of the house: 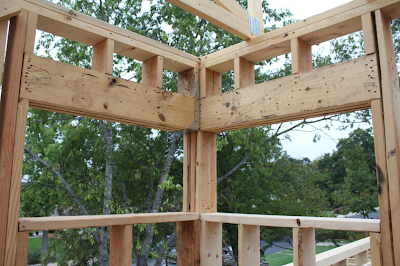 Looking from the back toward the master suite: 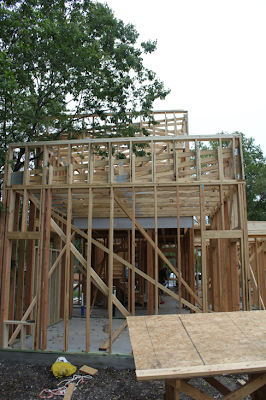 Looking along the front of the house: 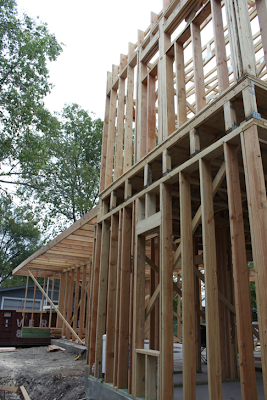 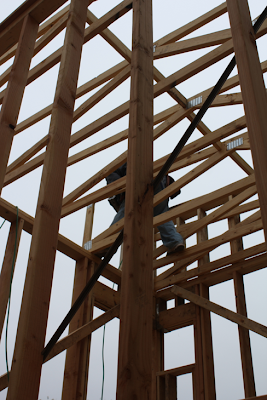 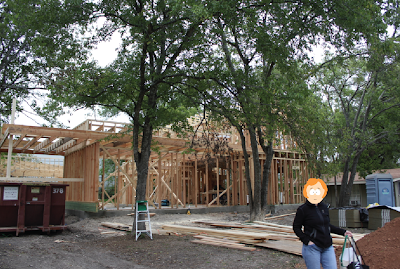 The good news about the head framer mucking up his achilles is that he has more time to chat. He said the cantilevers were a challenge. He said they had to search high and low for a glu-lam beam to meet the specs for our house and finally found the one place in Texas that one (and it was expensive!). He said the carport was tricky to build but will soon be removing the supporting walls in the living room and framing the bookcase wall.

Posted with Blogsy
Posted by bubba of the bubbles at 3:06 PM