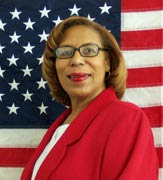 Before heading off to the office this morning I noticed a letter from Nelda Wells Spears on the table. Ms. Spears, who has a pseudo-awesome name, is our county tax assessor/collector. We get yearly letters from her asking us to register our vehicles. However, this letter looked a little different. Having an extra 23 seconds before needing to hit the road, I quickly opened the envelope and unfolded the enclosed paperwork. My eyes nearly Hindenburged out of my head: It was a lien against our lot for failure to pay taxes along with a bill for $3,300! Since I had to drive to work right then and there, this surprise problem was going to have to wait until the evening for resolution. This revelation, combined with a double shot latte and a small Ziploc bag of walnuts, made me extra fun to be with at the office today.


Returning home this evening, I was able to imbibe a couple glasses of mediocre red wine and spend some quality time with the fine print of Ms. Spear’s love letter. As it turns out, the lien part was no big deal. The many-worded letter explained that state law automatically places a lien on property on January 1st and that the lien remains on the property until the tax bill is paid. That made me feel a little guilty for being so hard on the stapler earlier in the day…

The next issue was: Why was I getting a tax bill? Wasn’t that built into our payment to the bank like our house? Umm, no… It seems, for some reason, that with land the bank is less concerned about you paying taxes on the property. OK. That explains why the payment seemed lower than it should have been.
The issue after that was: Why such a high freakin’ bill? We had only owned the lot for a few months. Had the previous owner bailed on their share of the taxes? Ummm, no… After looking at the closing documents, the previous owner’s share of the taxes were built into the give and take of closing costs. (If you’re from out of state and from a place with low property taxes, you may have yelped to yourself “Good Gawd!” at that tax bill. Since we don’t have an income tax, the Lone Star State has got to get its pound of flesh out of you somehow. That somehow is property taxes.). The closing documents probably deserve a separate post. My bride and I, between us, share five technical degrees and struggled with understanding the non-intuitive nature of the closing documents. I've read that the feds are working to make them easier to understand. Please do, Uncle Sam.

Lesson learned. Next time, ask the who and what about property taxes. And expect a big ole bill (with a lien) at the beginning of the year.

Ms. Spears: The check is in the mail…
Posted by bubba of the bubbles at 9:23 PM