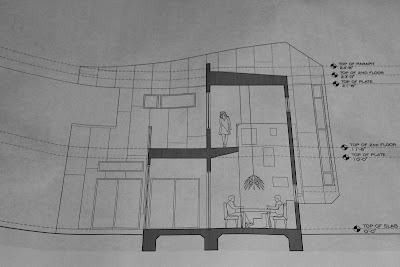 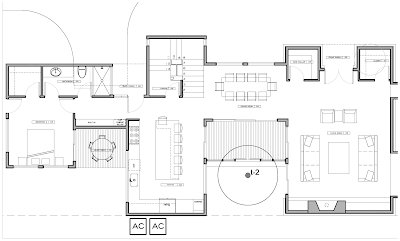 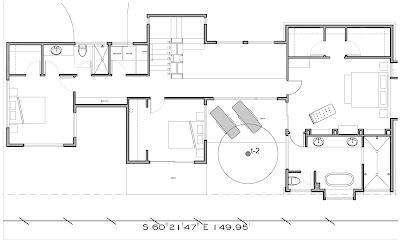 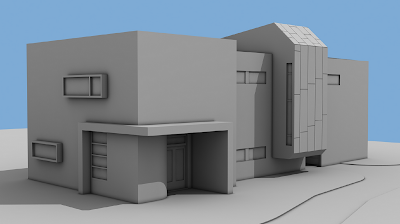 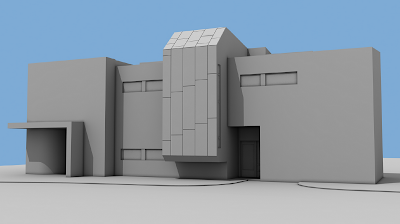 The Architect stopped by last Saturday to show us our previous discussions/brainstorming laid out in schematics. The Architect had been busy! All the plans had the same basic layout: A large capital “E” with the back pointed south and the tines pointed north. Prolly the first thing that jumps out at ya is the large “What-the-hell-is-that?” wrapped about the center of the structure. We both love the “What-the-hell-is-that?” part. As I quietly thought to myself “That looks like something out of Star Wars…” The Architect noted that it reminded him of the sandcrawlers out of Star Wars. It reminds me more of the Imperial AT-AT Walkers from The Empire Strikes Back. My bride simply thought it was cool (sometimes it’s neat to be married to a geeky engineer…). The section through the dining room is just about as spacey-cool as you can get.

The “E” layout allows quite a bit of outdoor living with lots of windows and a screened-in patio nestled in with the living room, dining room, and kitchen. Out back is the office/bedroom. And the kitchen looks grand. Upstairs are the bedrooms including a spacious master with spacey windows above the living room.

It looks sweet, but it also looks expensive. And the square feet add up to a little under 2,900, which is prolly more than we need. We’re hoping to stake out some of this design this weekend to get a sense of the scale of the rooms and the house itself. I’m also surprised by how far the house reaches into the lot. And it’s amazing how much room a driveway, garage, and hammerhead (turnaround) eat up. It’s a big lot for the city, but it’s gone real quick with the garage in the back.

It’s neat to see how The Architect put it all together to make it work. We’re now listing out loves, likes, and concerns for The Architect to contemplate for the next round…
Posted by bubba of the bubbles at 9:21 PM