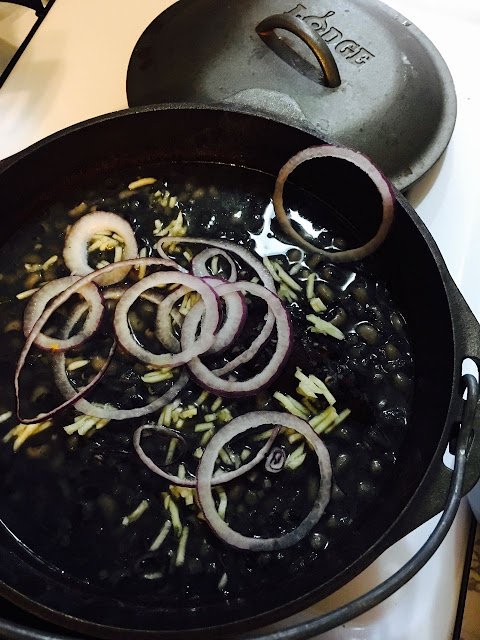 It's traditional in Texas to celebrate the new year with black-eyed peas. In addition to praying for world peas, we decided to start a new new year's tradition by going for a hike on New Year's Day as part of First Day Hikes, an event hosted by state parks across the country. After perusing quite a healthy list of area hikes, we chose one at Bastrop State Park.

The park has seen some tough times lately. After a historic drought in 2011 a historic fire burned much of the loblollies that form an island of pine trees (the Lost Pines) in central Texas. And then last year historic rains fell on the park, taking out one of the dams. Nevertheless, the park is still there and going strong. Heroic efforts saved the depression-era cabins and associated buildings, and ongoing conservation efforts are working to bring the pines back.

Speaking of those cabins: During the great depression Franklin D. Roosevelt created the Civilian Conservation Corps. One place the Corps focused on was the creation of a park in the Lost Pines of Texas. The Corps hired Austin architect Arthur Fehr to plan the park and build the necessary structures between 1934 and 1937. Using local materials (sandstone and pine), the Corps built the structures in the "National Park Service Rustic Style".

A native Austinite, Arthur Fehr received his architectural degree from the University of Texas and then worked in San Antonio and New York, mostly on Beaux Arts buildings. In 1934 at the age of 29 he took a position with the National Park Service and was assigned the Bastrop State Park. He began dabbling with Modernism in 1936, his first foray being a modern picnic table made of copper, brass, and concrete.

After Fehr left the park service in 1937, he started his own practice in Austin. He admired Walter Gropius and the Bauhaus and subsequently hired Charles Granger after Granger's stint with Richard Nuetra in California. Together, Fehr and Granger designed modern houses (1938, 1940, 1941), a church, and a motel than was published in the Architectural Record. After a hiatus during World War II, Fehr and Granger continued their work in Modern design designing over a thousand structures.

Indeed, the structures at the park are rustic. The stone work echoes Greene and Greene's with mortared boulders fanning organically away from the structure. A small structure at the highest point on the park is called "Fehr's Point" in honor of the park's primary architect. 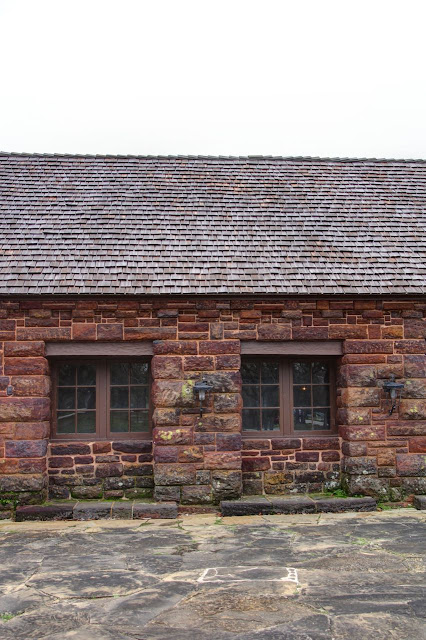 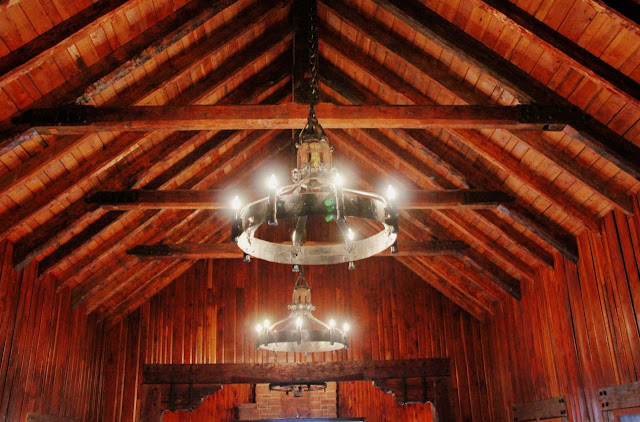 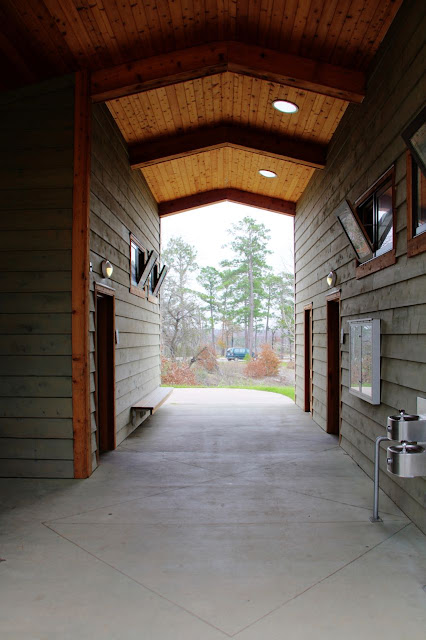 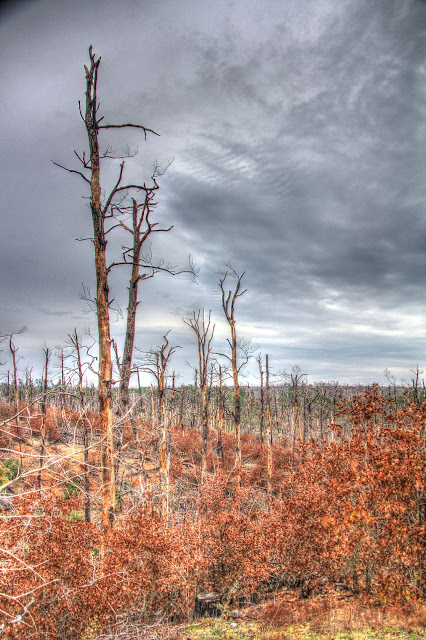 Devastation from the fire 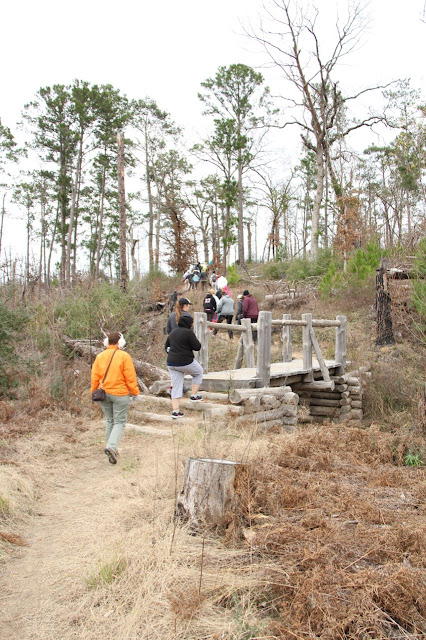 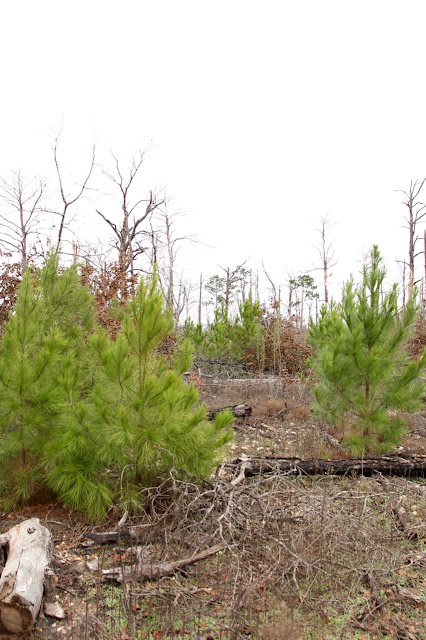 New loblollies poking up from the devastation. 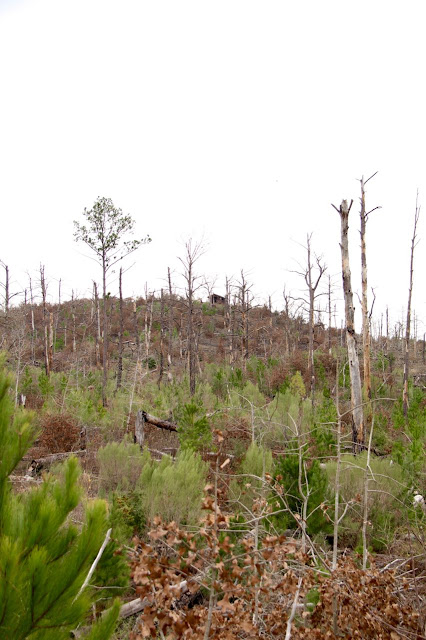 "Fehr's Point" in the distance. 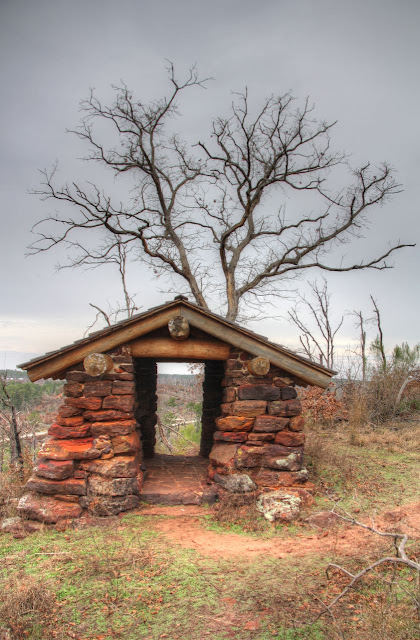 The structure at Fehr's point. 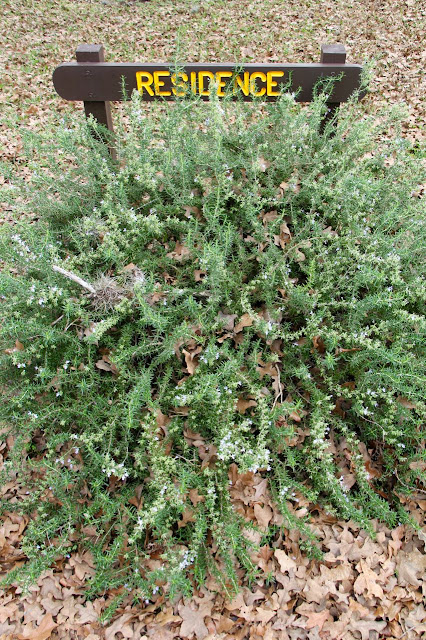 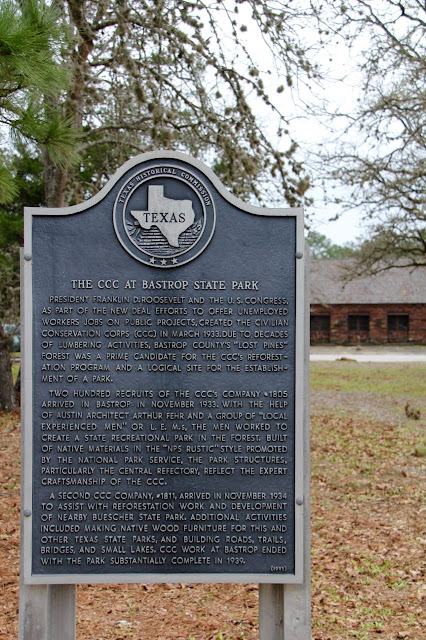 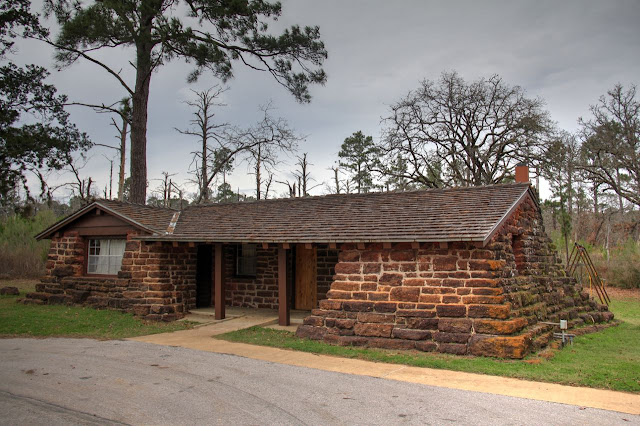 One of the cabins with the stonework fanning from the walls. 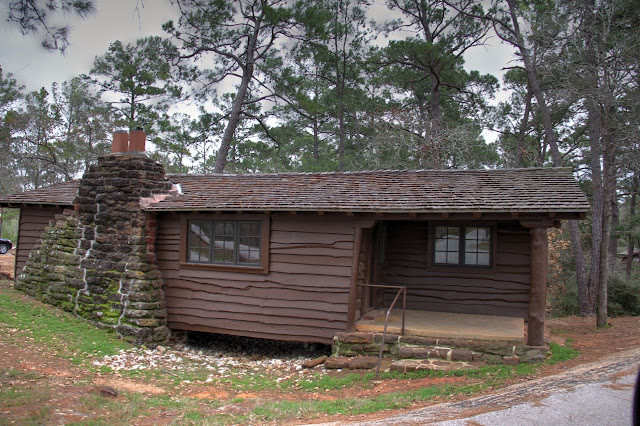 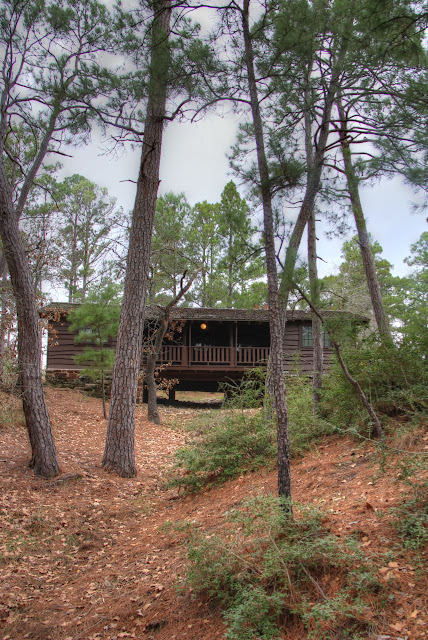 Same cabin as above but from the other side; cabin straddles the head drainage of a small creek. 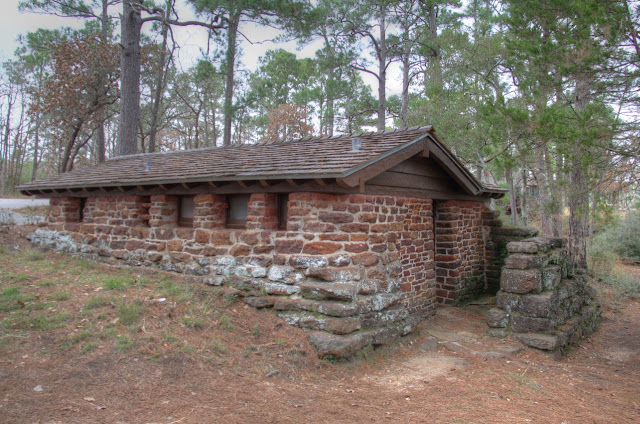 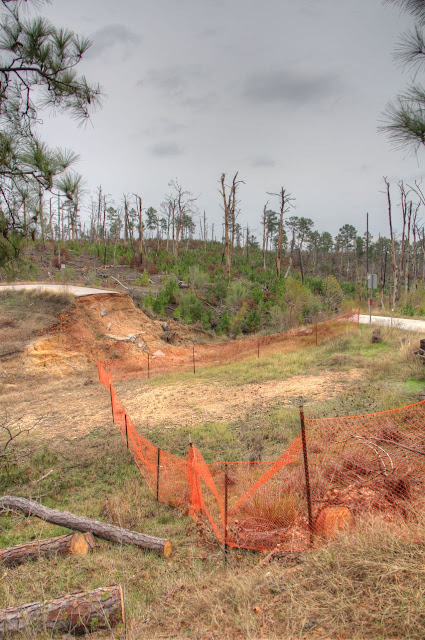 The dam that washed out last year.
Posted by bubba of the bubbles at 10:51 AM