We didn't make any resolutions last year; therefore, we didn't fail (a-har-har-har...). Nonetheless, we got our solar system running, started the Modern mavens series, found the worst shutters ever, built a stage/deck in the backyard, installed cameras, created a site dedicated to Schindler, and hands-down-your-pants flirted with the idea of building a mountain cabin. As far as hold overs from 2014, we finally had a garage sale, finally cleaned up the garage (although it still needs help...), and cleaned out our off-site storage.

But it's anew year! So here are ten architecty resolutions for 2016:

1. Visit Corbu, Reitveld, and Weissenhof in the Old Countries. 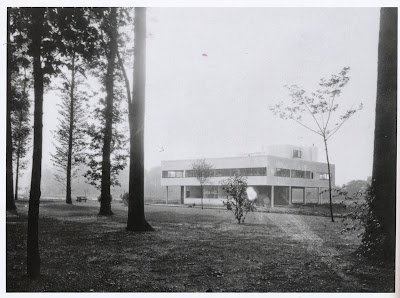 Amid other reasons to jump the pond, I'd love to stop in and say hello to several modern masterpieces in Paris, particularly Le Corbusier's Villa Savoye. Additionally, I would love to pop into Stuttgart, Germany, to visit the Weissenhof Estate's collection of modern houses (post coming soonish on the amazing Weissenhof...). Time (and bride...) permitting, I'd love to also stop in at the Reitveld-Schroder house. 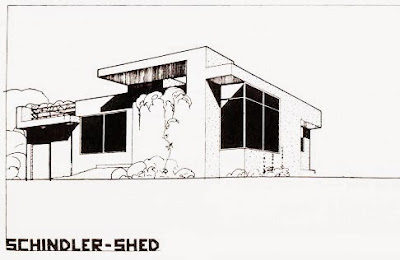 It doesn't seem to matter how big your garage is, there's never enough room for everything (especially when you work on cars). To create more room in our garage, I want to build a shed out back for yard stuff and seasonals. No, I do not plan on building the structure above (I wish!), but something inspired by Schindler's building style.

3. Dance with architecture in Palm Springs 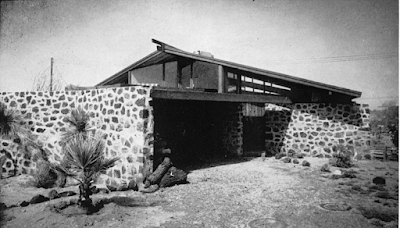 Would love to take a four-day weekend and head to Palm Springs, California, to gawk at its Midcentury Modernism (as well as Schindler's Toole House shown above).

4. Dance with architecture in Miami 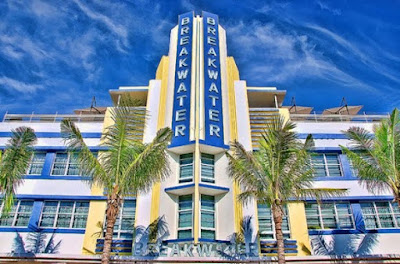 Would also love to stay and walk amidst the Art Deco delusions of Miami this year. 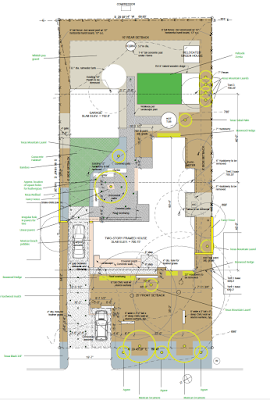 I put "Finish" in quotes because I don't think landscaping is ever finished. Nonetheless, there are still several large projects to complete to take some large steps toward finishing, such as installing the large planters originally envisioned by the architects for the back patio along with several other smaller projects.

6. Dance with architecture in 12 state parks 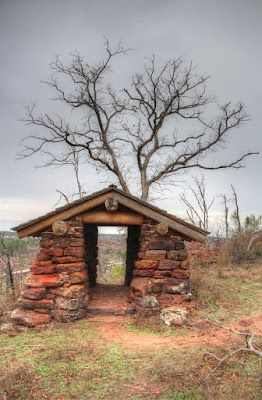 We partook in a First Day Hike on the 1st and on made a resolution (supported by an impulse annual pass purchase) to visit at least 12 state parks this year.

7. Put together a list of architecture to see in Austin 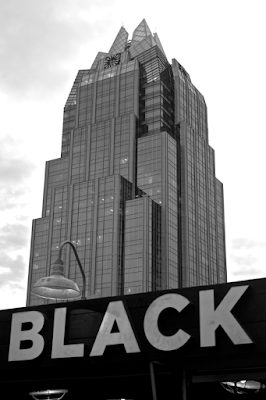 I've not found a satisfying list of recommended architectural sites to see in Austin, so I plan to put one together this year for this site.

8. Put together a plan for building a cabin

I'm not sure where this is going to go, but we are strongly resolved to make a cabin a reality, whether in the near or far future.

So far, so good, although my resolve wained a wee bit this past year with various other projects pulling me away for other things. I've started a new series of posts called "cool modern stuff" that I hope to continue through this year. I also want to continue to refine and expand  The (R.M.) Schindler List blog (and upgrade the Wikipedia page on Schindler).

10. Write a book on building a Modern house 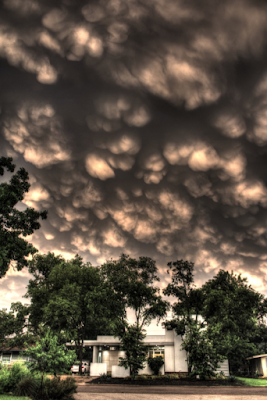 This is the stretch goal, and one I've had (and failed at thus far) for awhiles now. The market seems limited, but with self-publishing it seems quite doable (although daunting...).

I've got to have at least one push goal!

As I navigated the day yesterday, I came up with a couple more:

Email ThisBlogThis!Share to TwitterShare to FacebookShare to Pinterest
Labels: administrative