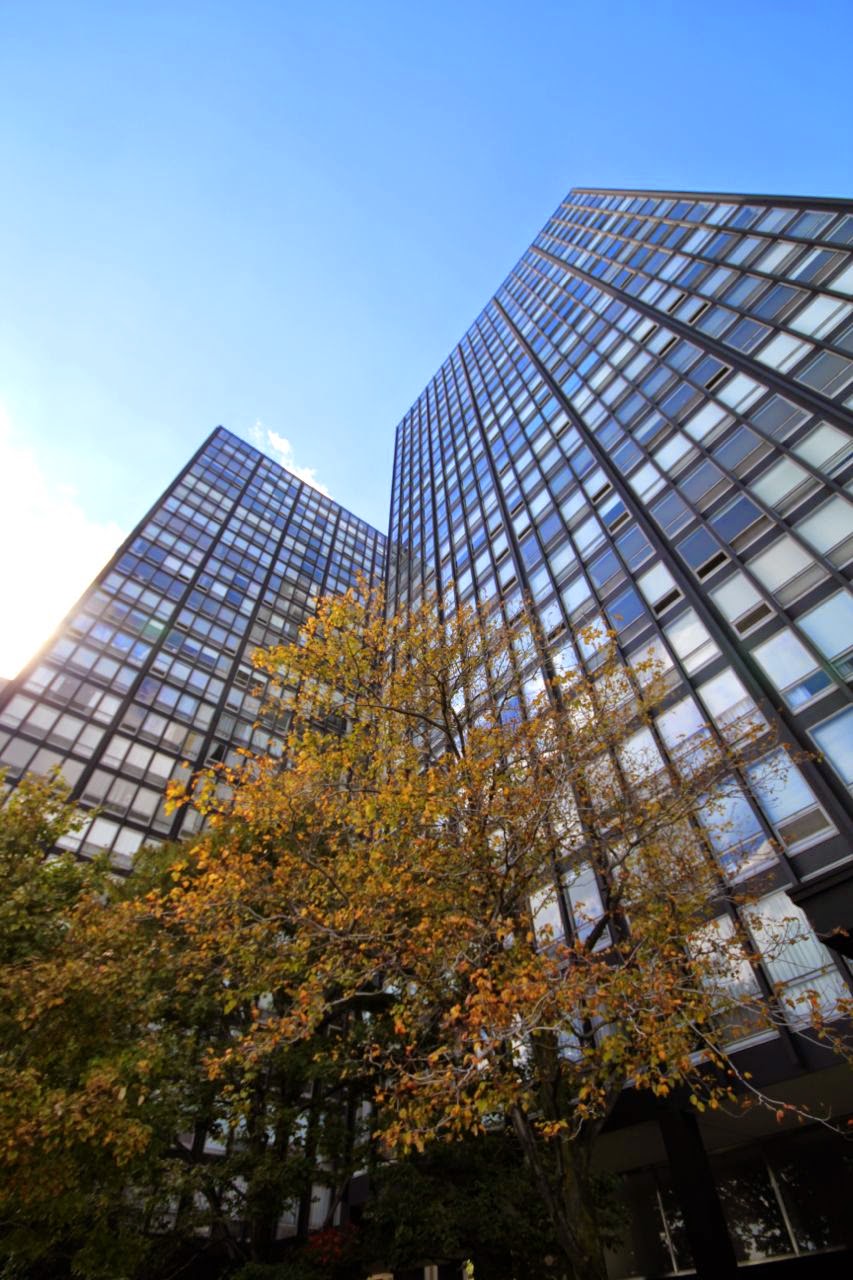 They don't look like much in these modern days, but these two buildings, located at 860-880 Lake Shore Drive in Chicago, are monumentally important. They are the world's first glass and steel skyscrapers, designed and built by Ludwig Mies van der Rohe between 1949 and 1951. This is the International Style expressed in the ultimate urban form; the precedent that guided--and continues to guide--skyscraper construction today.

Mies first worked out the basic design principles in 1921 for the Friedrichstrasse Skyscraper Competition in Berlin. Europeans were enthralled with American ingenuity in building skyscrapers, and Chicago was ground central. Mies's entry to the Berlin contest seems to have been inspired by Chicago skyscrapers under construction, before they were adorned with stone and closed in with walls. His proposal was simple: honor the structural system by covering the surface with glass. Thirty years later, he did just that. And appropriately, almost poetically, he did it in Chicago. 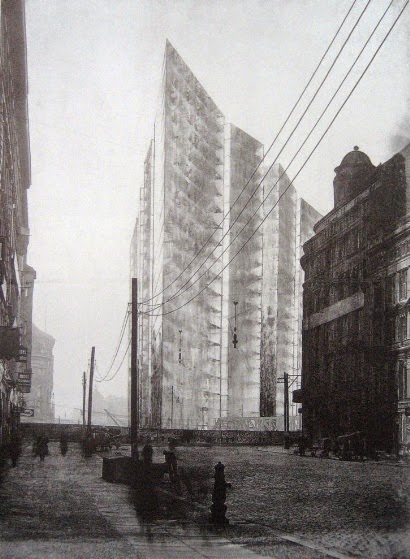 Mies's entry for the Friedrichstrasse Skyscraper Competition in 1921

The Chicago project, later dubbed the "Glass House Apartments", was not without its detractors from both architectural traditionalists and the purist wing of Modernism. Traditionalists thought it was far too extreme, and the client struggled to find financing since the project was thought to be too much of a financial risk (would anyone want to live in a glass box?). 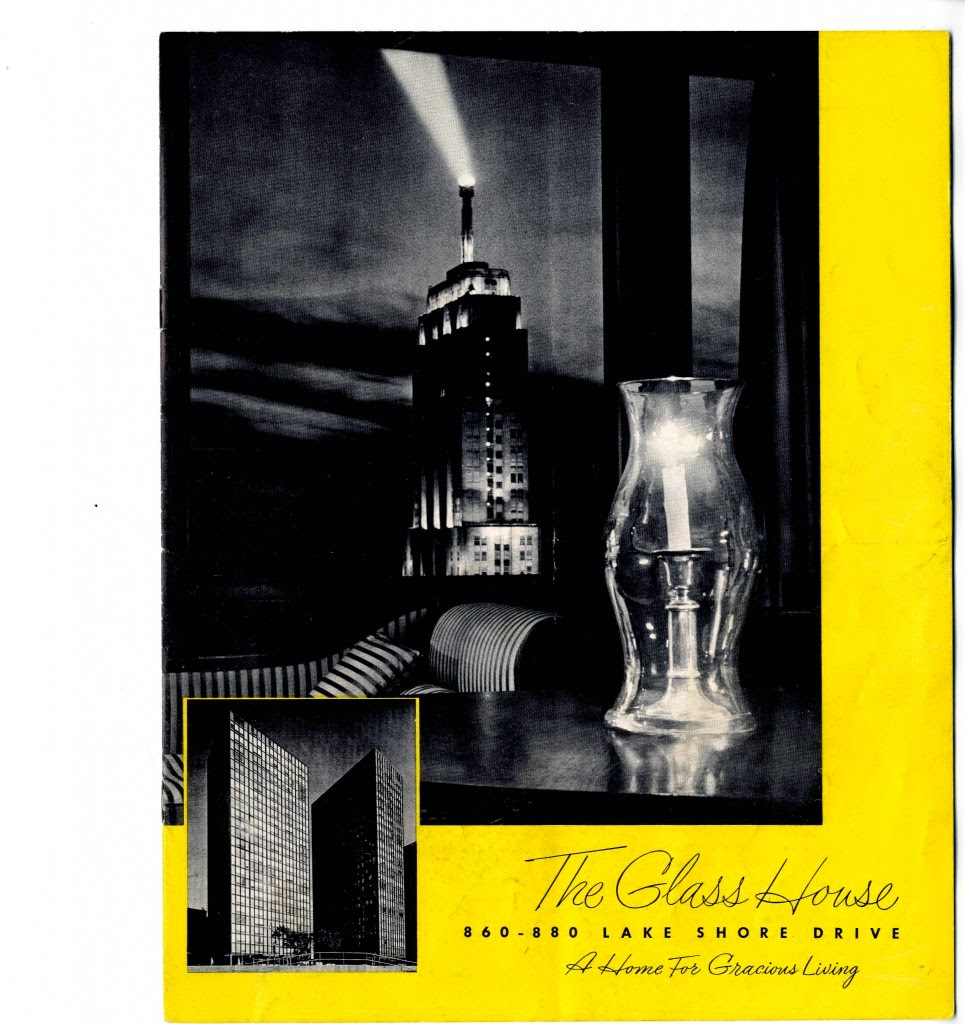 From the Modernist side, purists were concerned about the mullions between the windows. An important tenet of Modernism is lack of ornamentation; however, Mies added these non-functioning mullions purely for aesthetics (he said the building didn't look right without them). Mies was "honest" about the mullions in that it's clear they are not structural (they do not reach the ground to support the building), and some have argued that Mies was expressing the actual structural system of the building: the steel hidden inside concrete, a fire safety requirement. The use of mullions shows that Mies was not a pure functionalist (he never was). He looked for the perfect balance between minimalism and aesthetics (and rarely missed the mark). 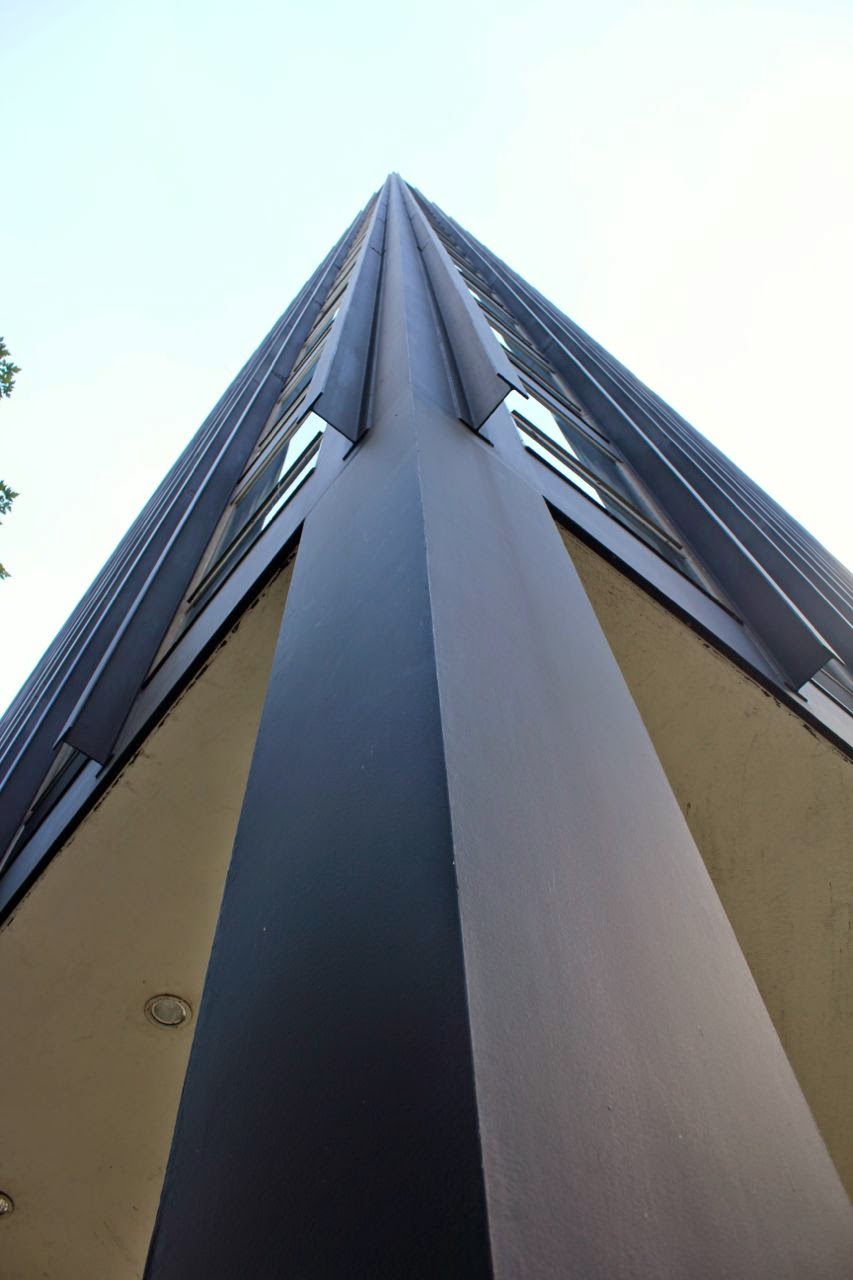 The mullions are the vertical I-beams attached to the surface of the building.

These two buildings served as the archetype for almost all of Mies's later structures, including the Seagram Building in New York, a building that is more famous than these two despite being completed seven years later (East Coast bias?). Nevertheless, these apartments were added to the National Register of Historic Places in 1980.

By happenstance, we booked a hotel just a few blocks away and were able to visit these guys a few times. There are also several other, later, Mies designed apartment buildings next door to compare-and-contrast (not to mention all the Mies-designed buildings in town). I can say with authority that these two apartment buildings are the best designed and executed of the lot. Subsequent designs add comparatively fussy details, perhaps to not be a perfect replica of the original design (and avoid the client saying 'Now what exactly am I paying you for?"). Details are perfectly minimal, such as the vertical supporting column shown in the photo above.

There's a zen-like quality to the building, and the first floor, at night, appears down-right pagoda-ish. Sadly, we weren't able to tour an interior (I tried really hard to find a VRBO in one of his buildings, but without luck). But here's a short essay about living in the building posted at the buildings' web site as well as quite a bit of additional information if you yearn for more.

I wanted to see these buildings because of their importance and expected it to be an academic exercise. I wasn't expecting to fall in love... 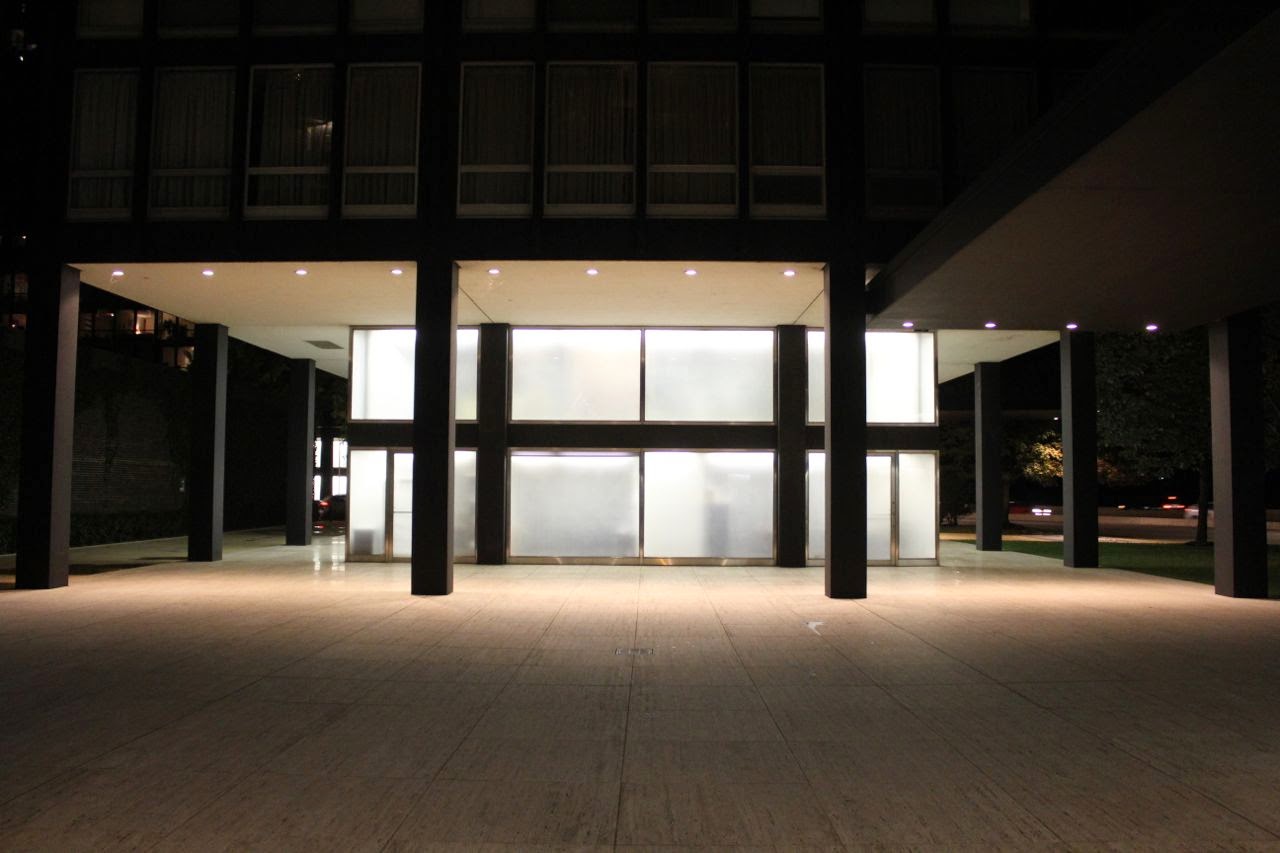 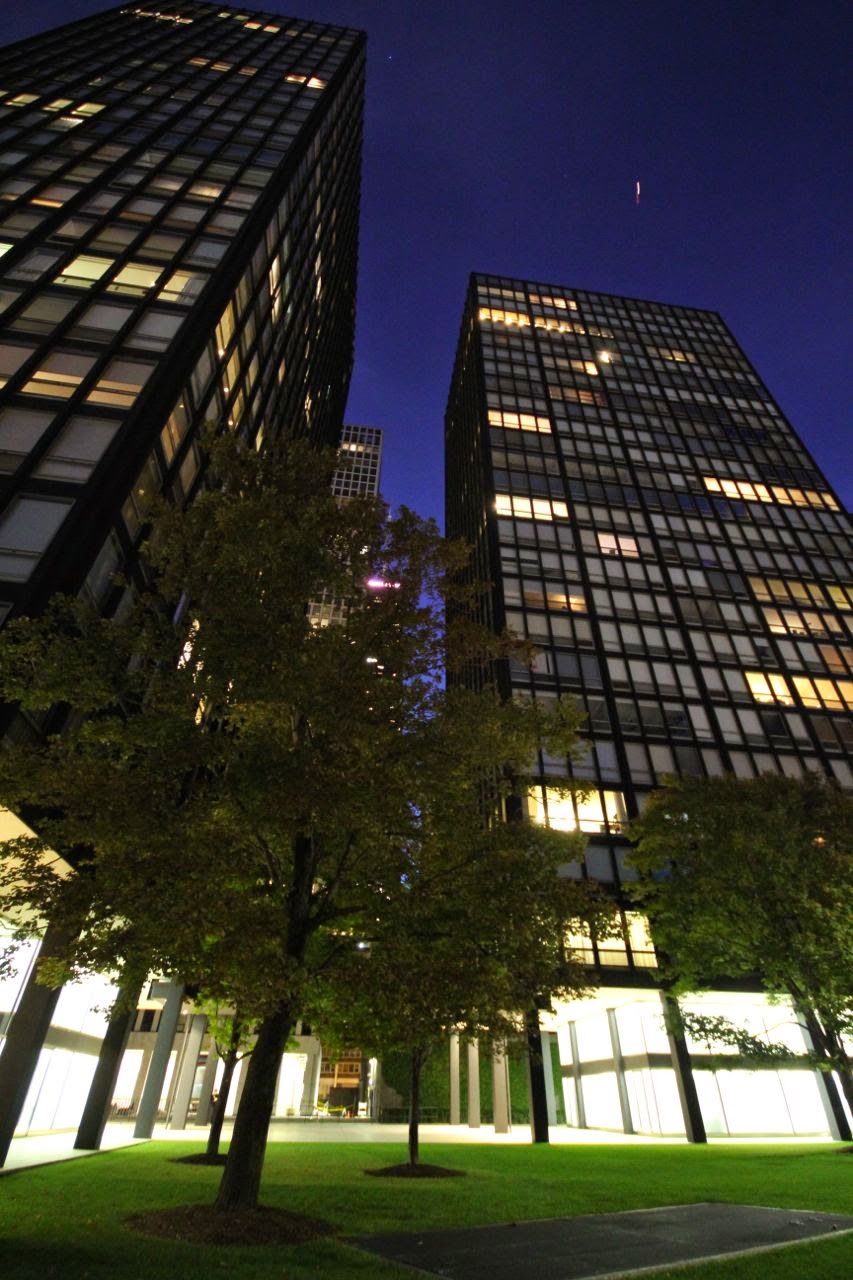 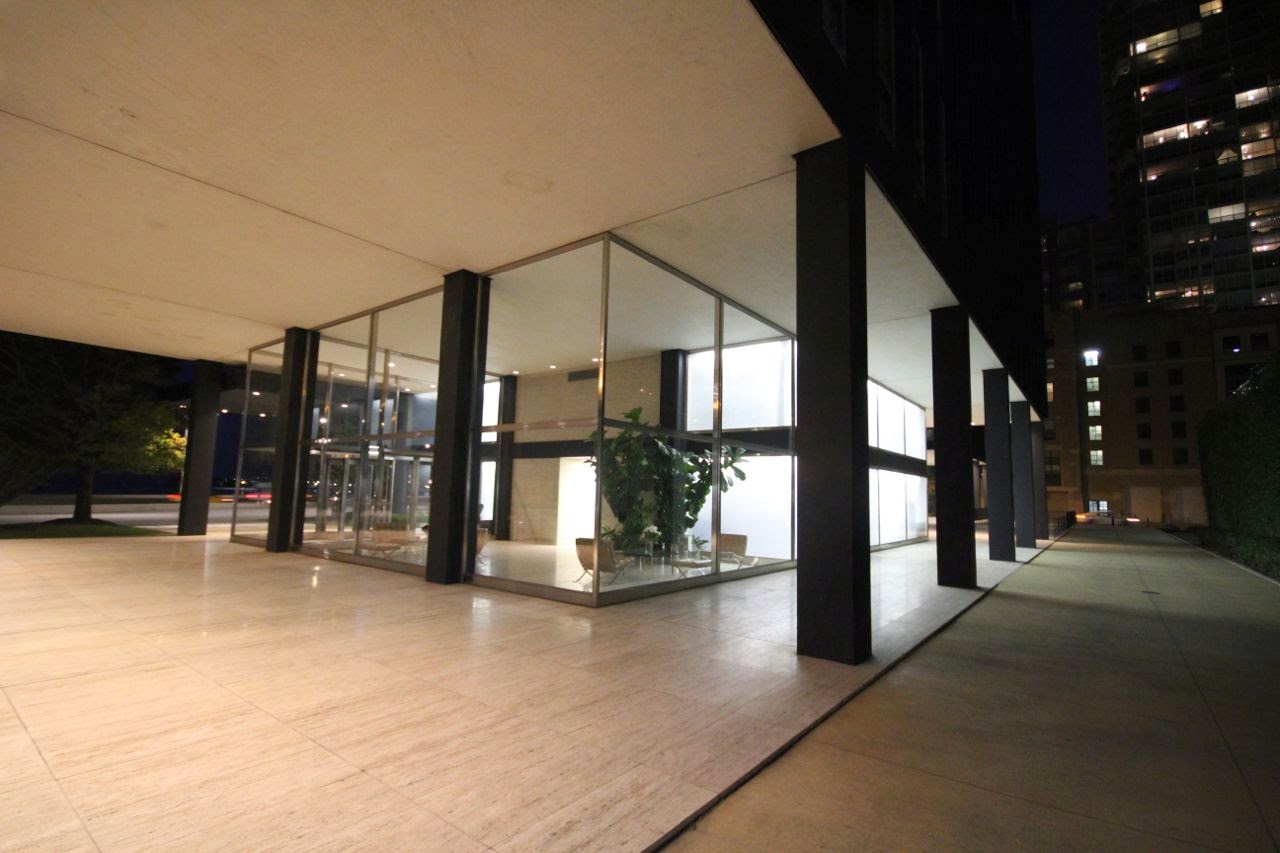 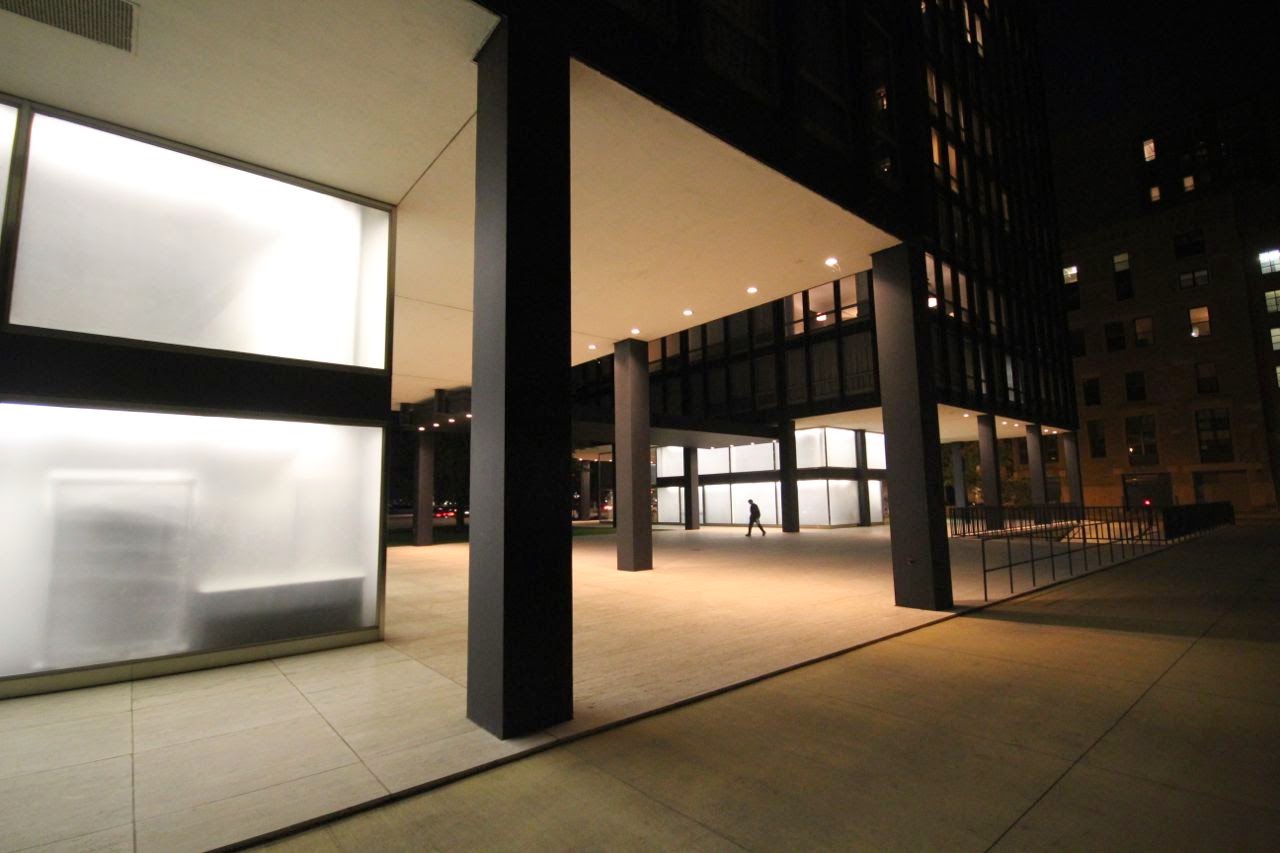 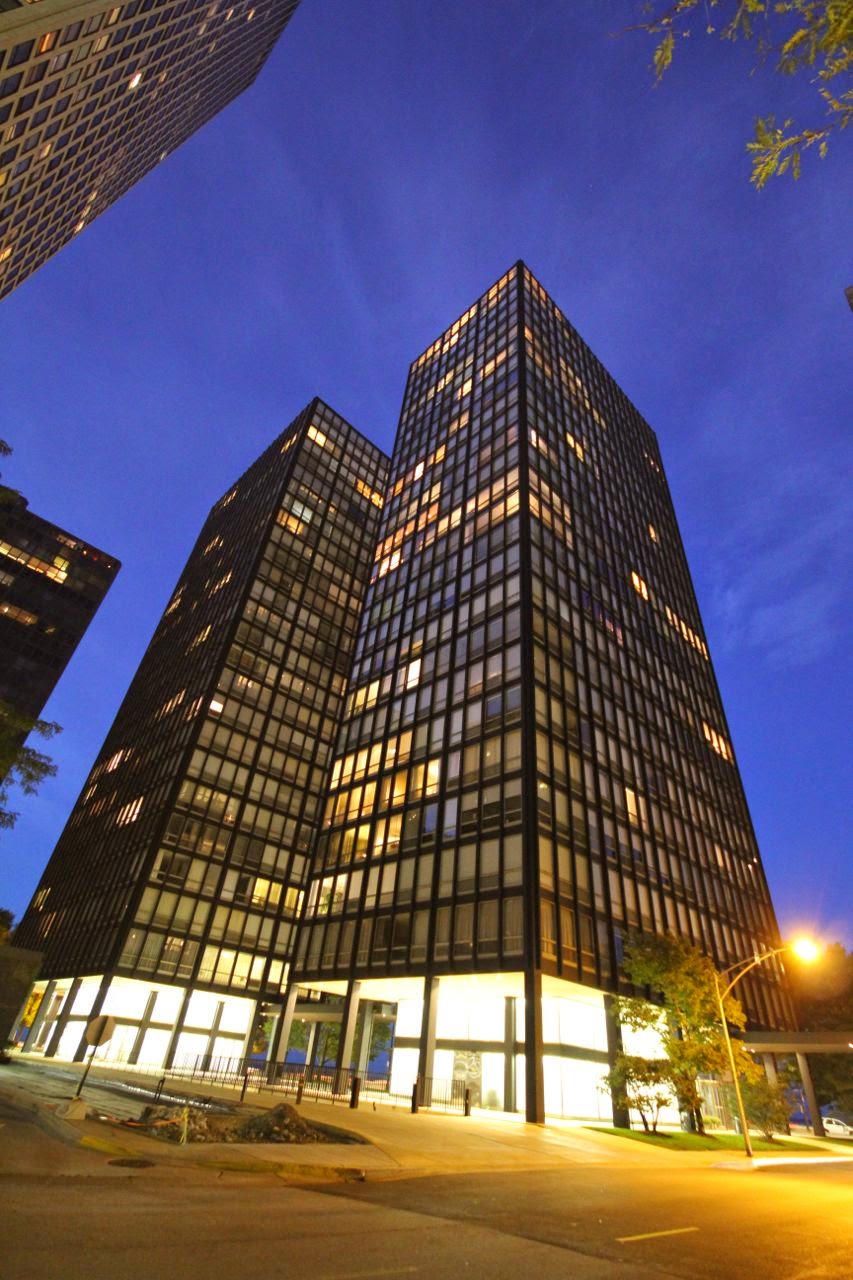 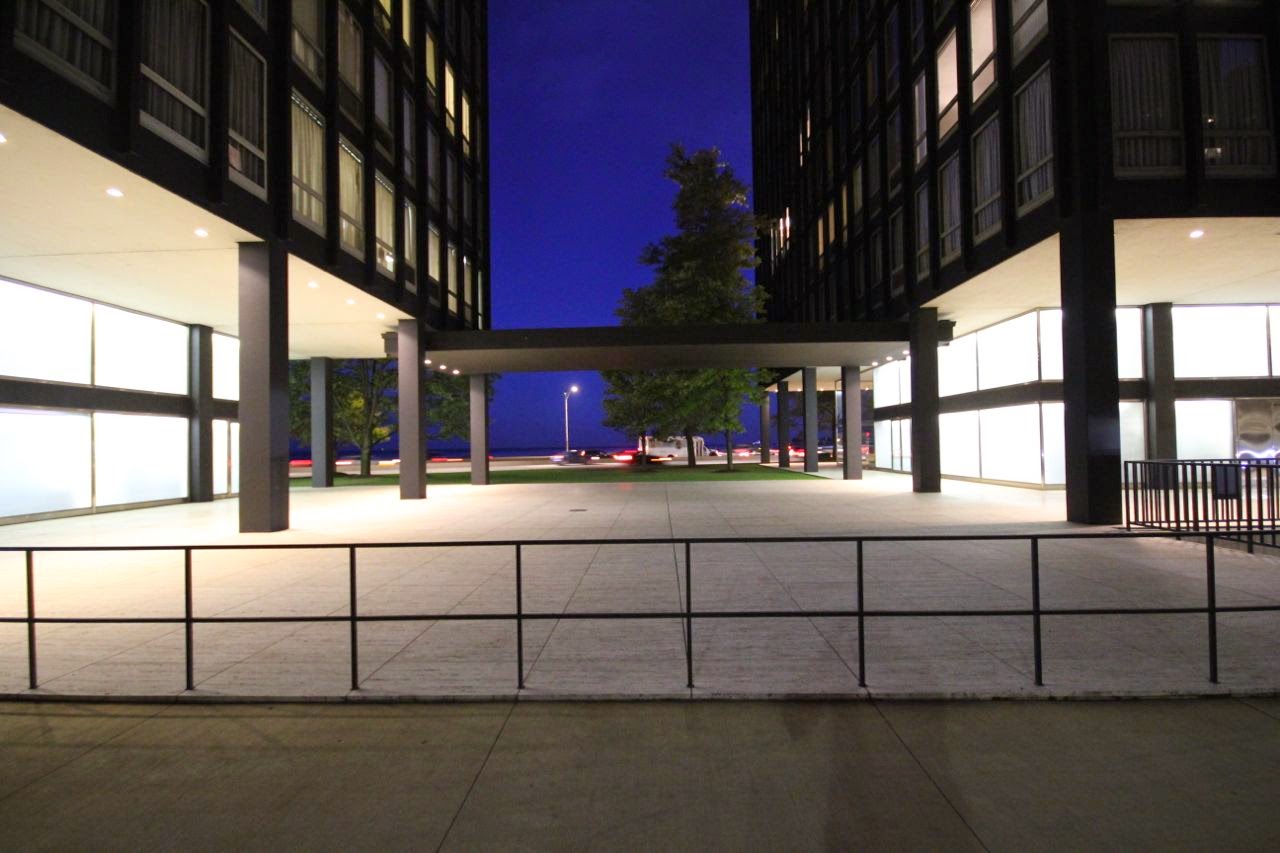 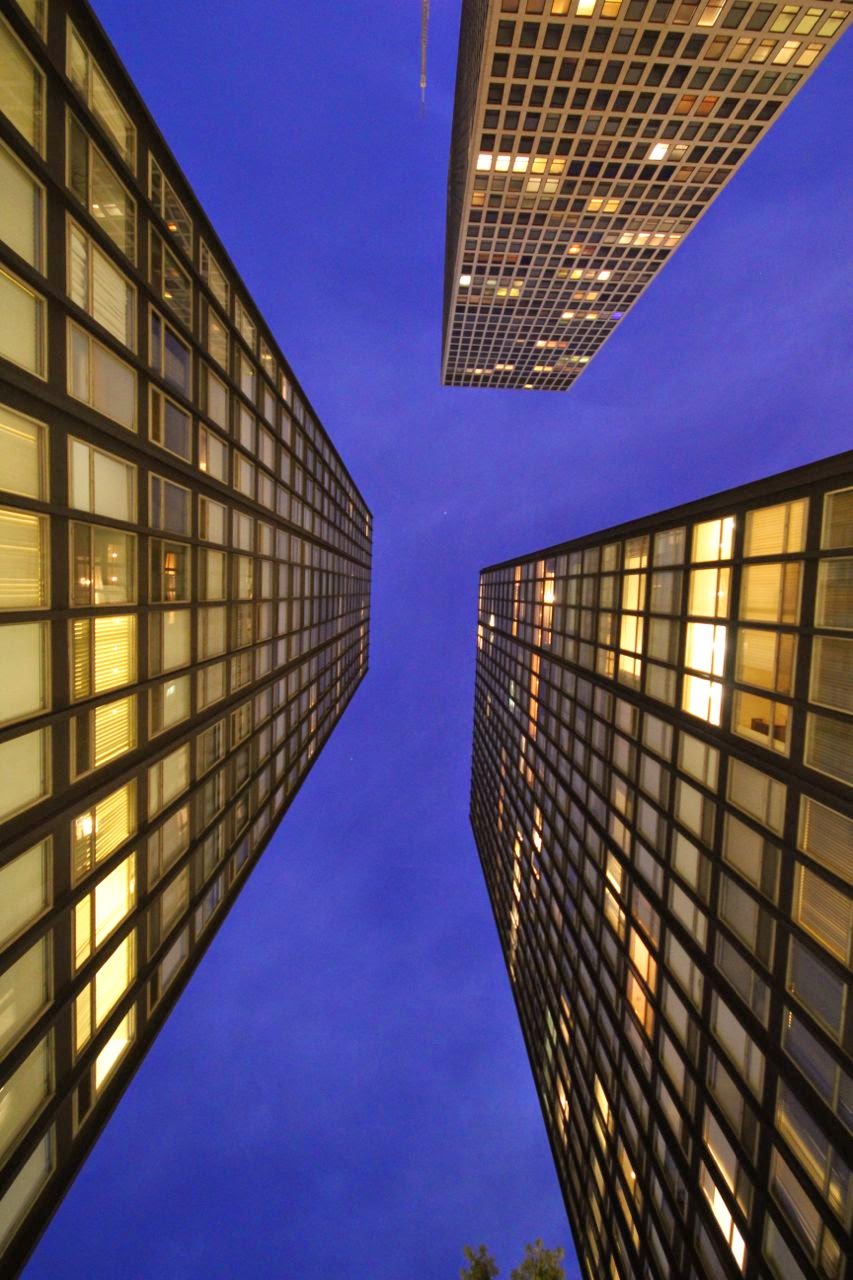 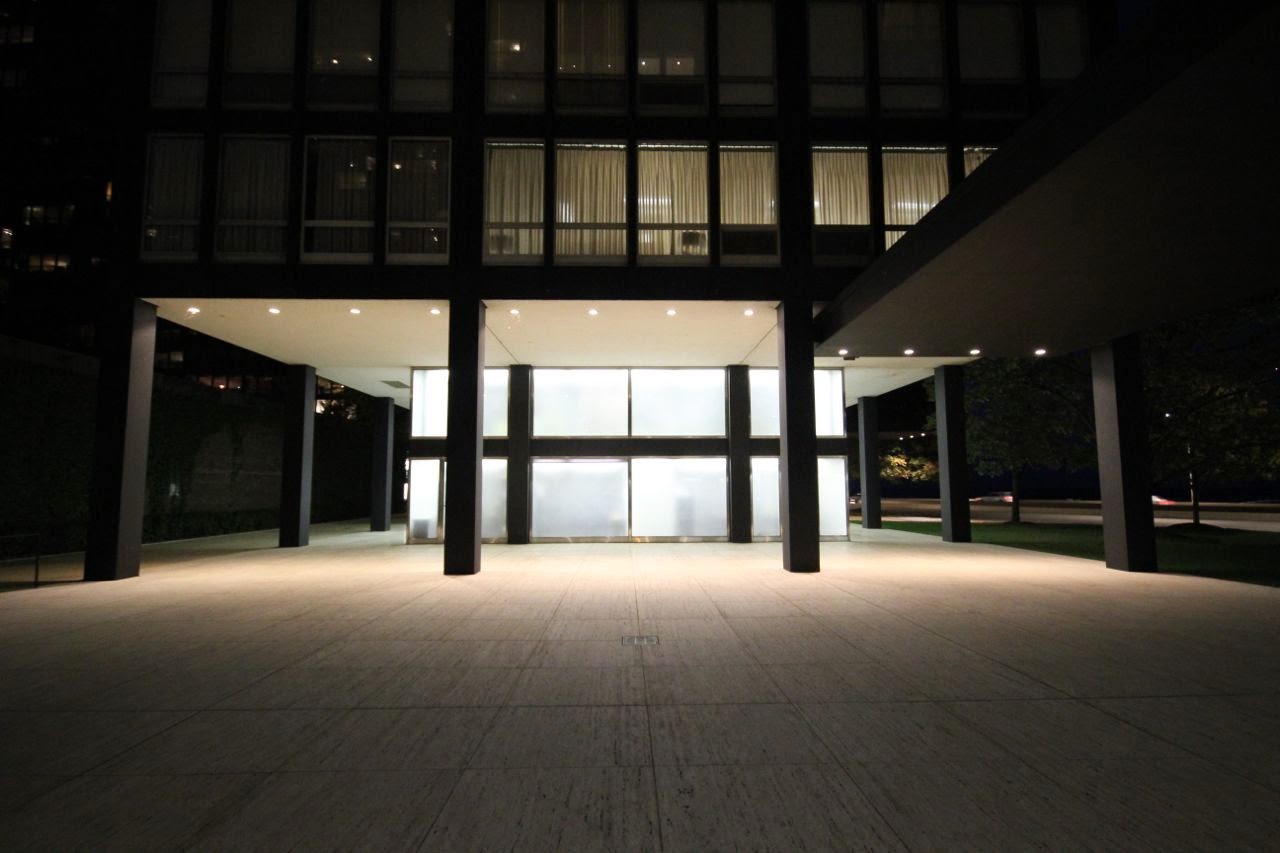 Neat detail I noticed putting this post together: the ceiling in the building proper is white while the ceiling of the roof connecting the two buildings is black: a use of color to indicate function. 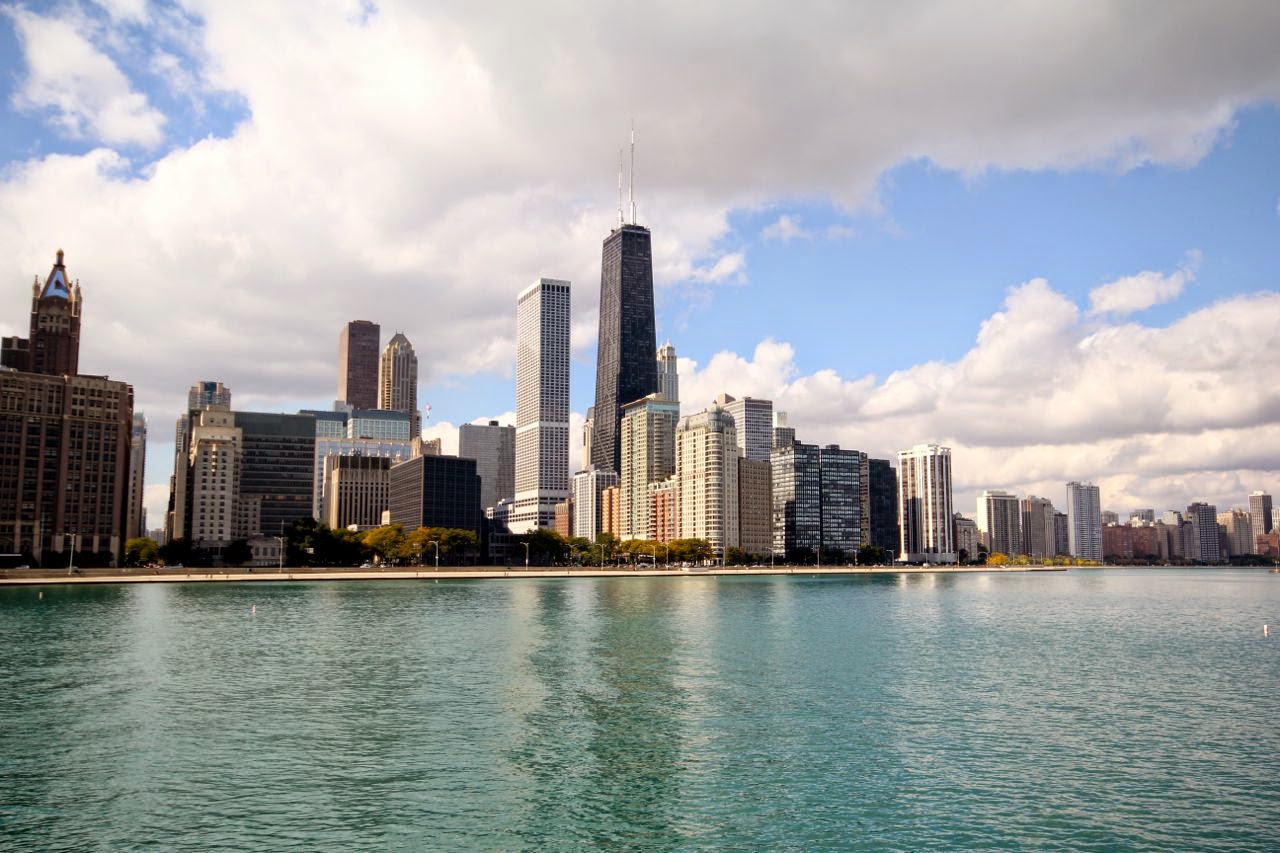 The apartments are almost lost in today's skyline (Where's Waldo?)... 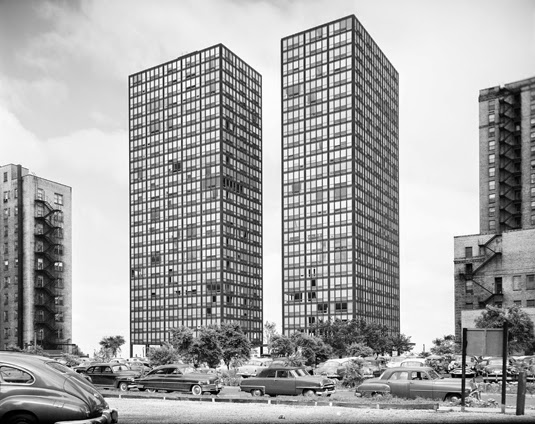 ...but created quite a stark profile back in the day! Not the conventionally constructed apartment buildings on either side. 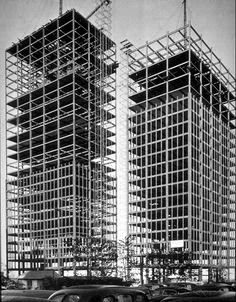 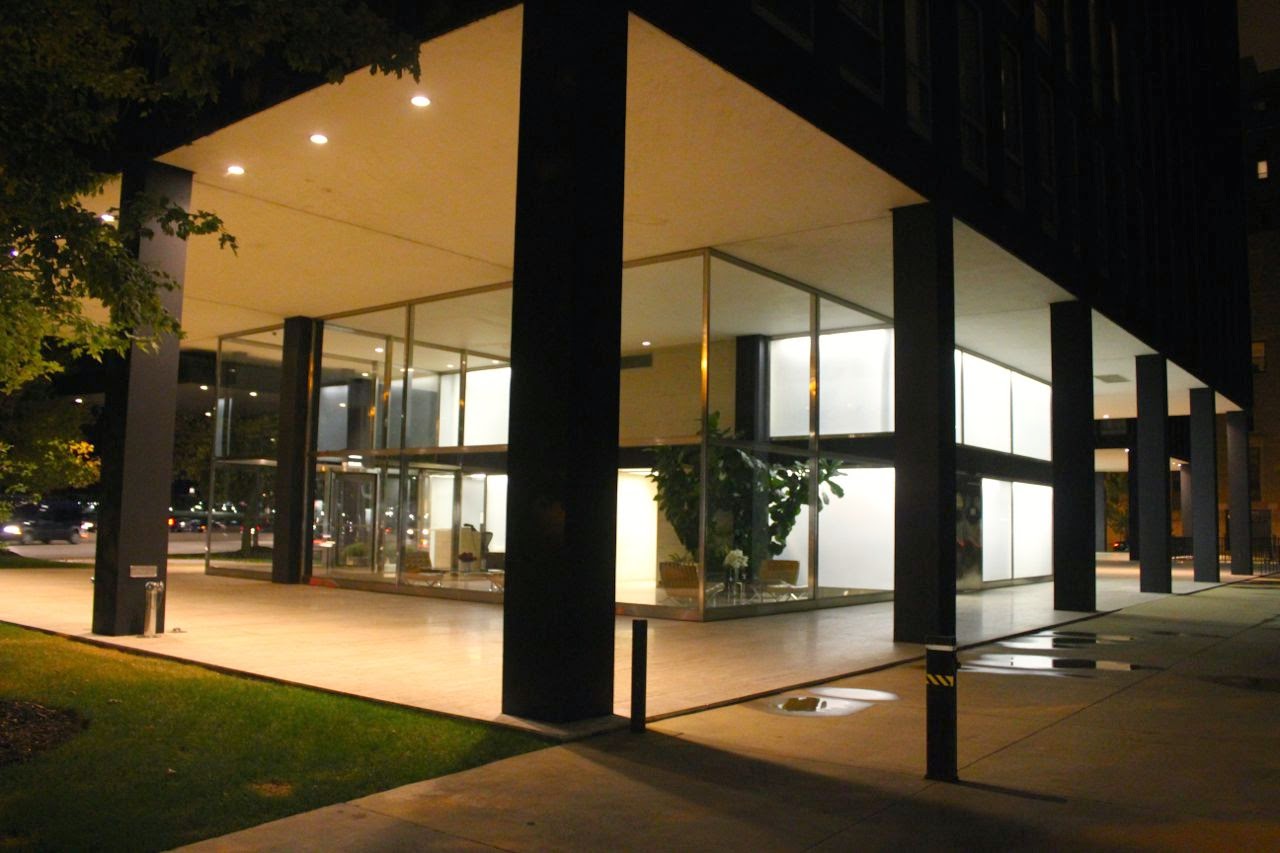 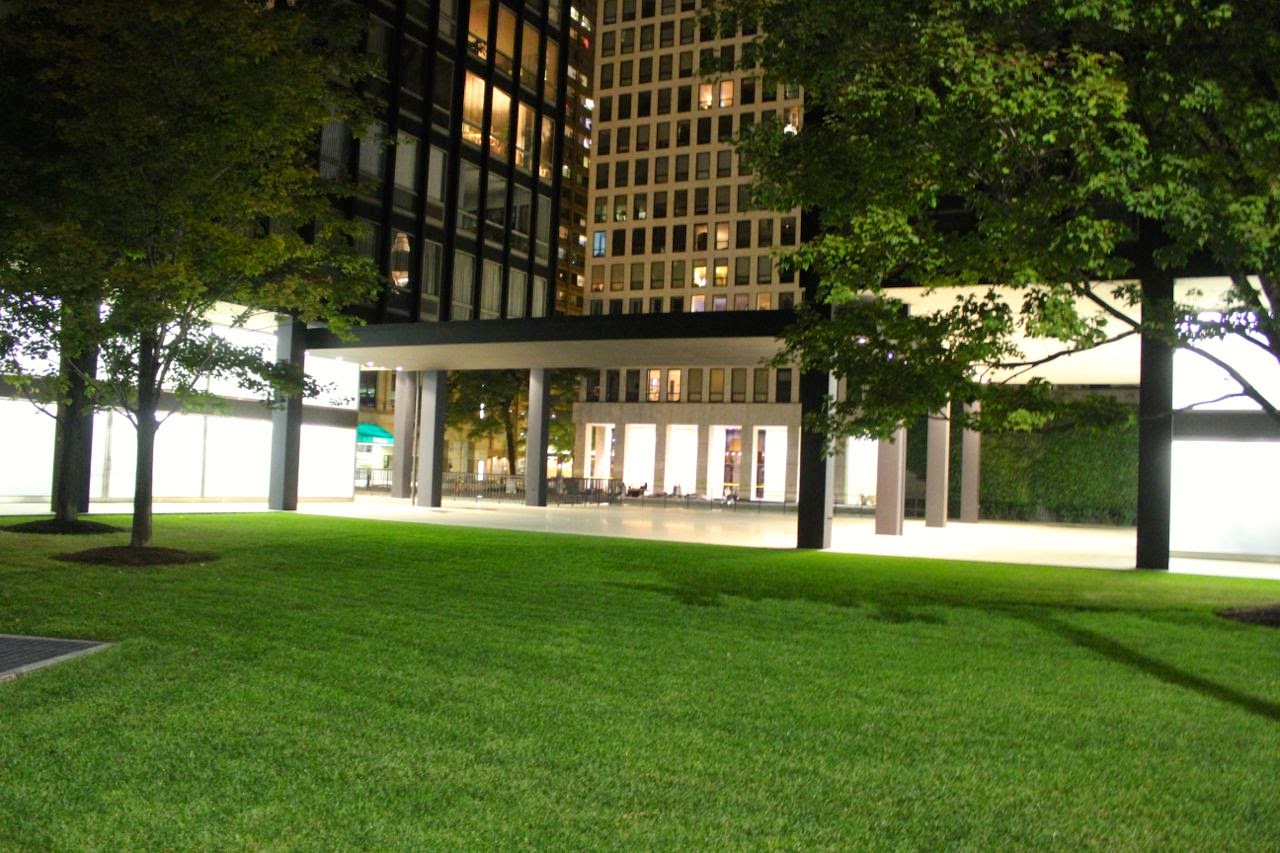 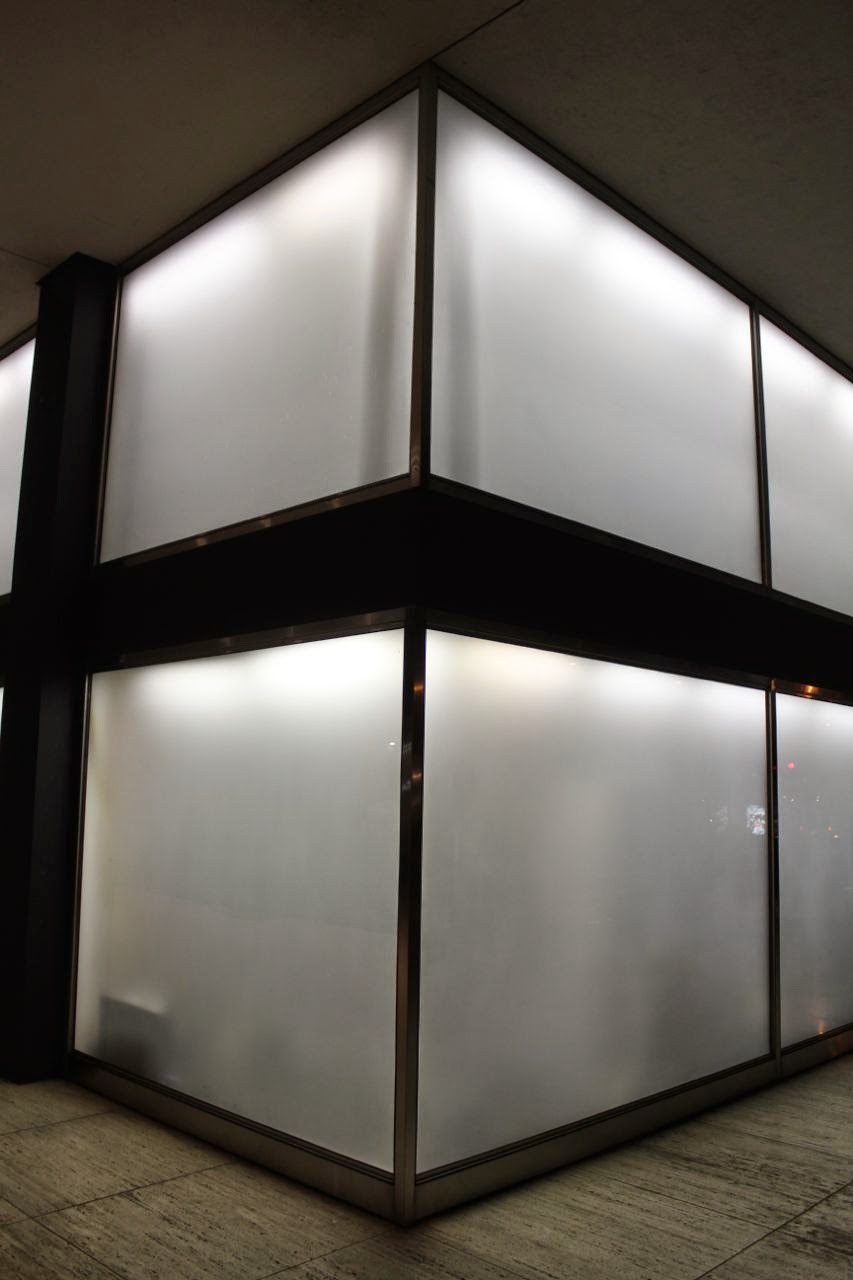 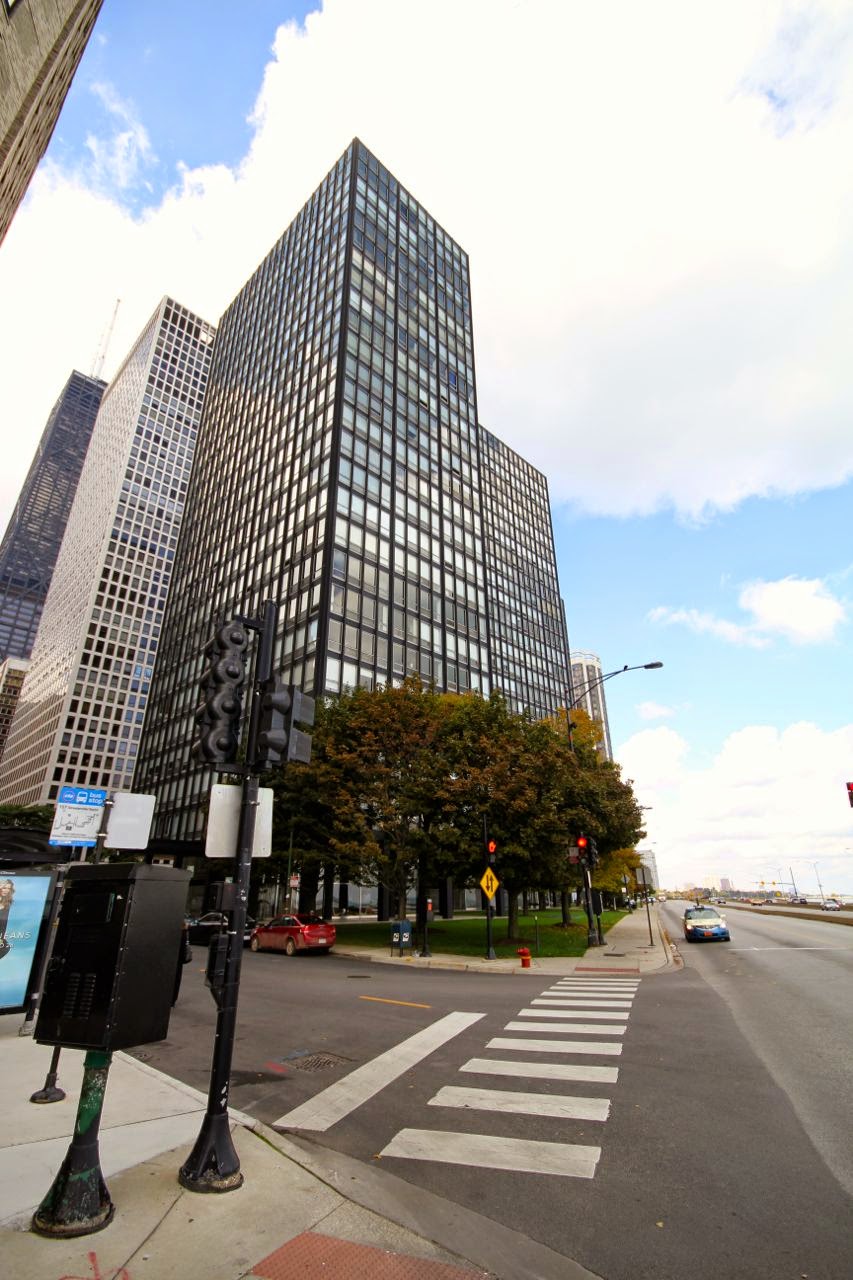 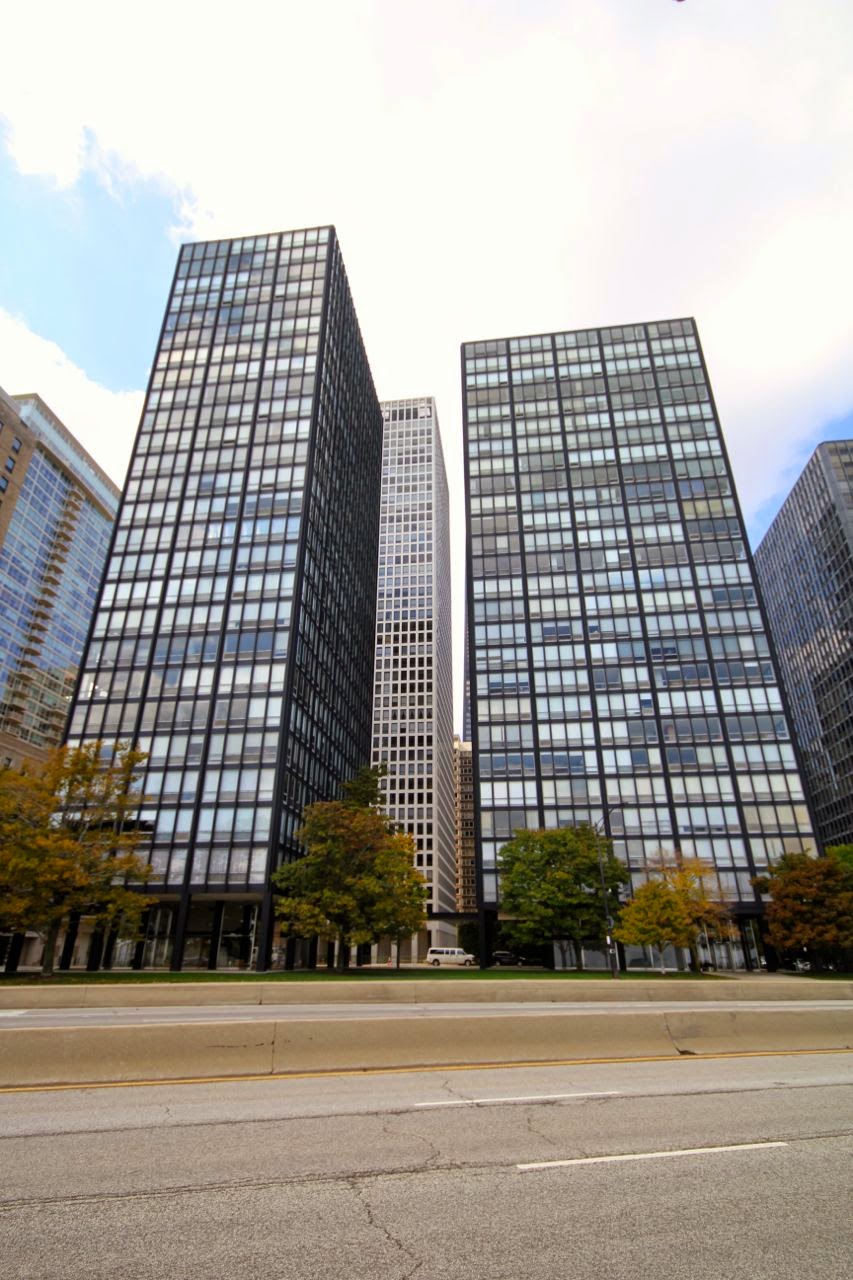 The building behind ( in white) and the darker building to the right were also done by Mies. 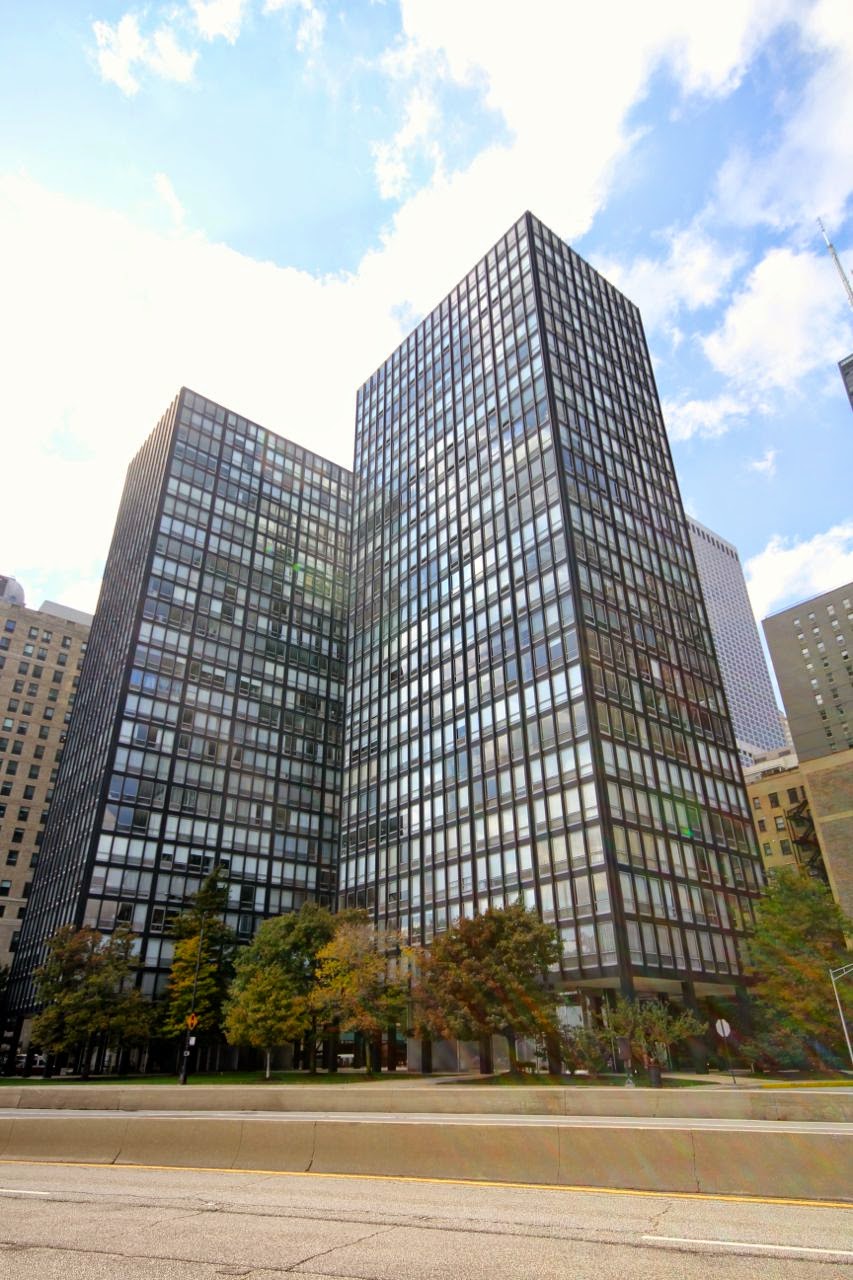 Later permutations had dark tinted glass, probably to ease the thermal loading but also with the aesthetic advantage of taking the edge off the contrast of the window shades. 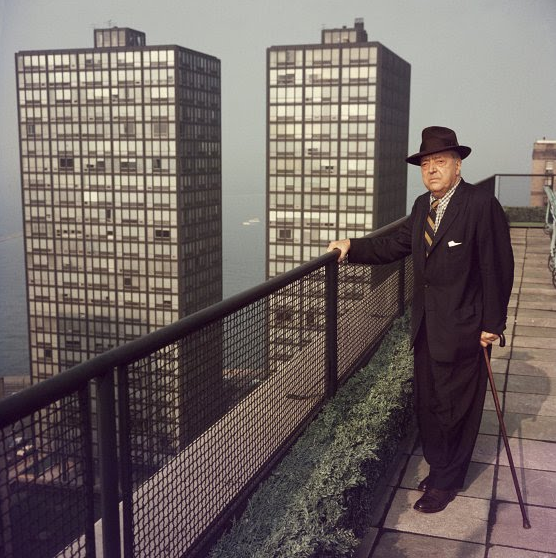 Mies on top of a neighbor, overviewing the apartments.

Found some listings with some nice interior shots. Sweet!

A nicely remodeled a la what we would do one-bedroom unit: 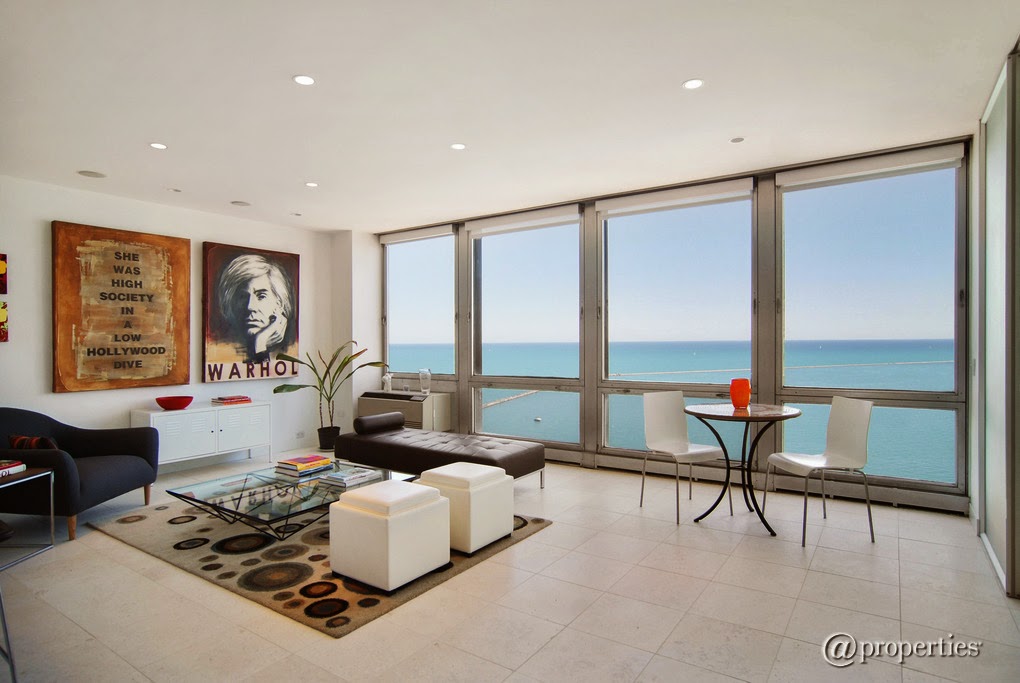 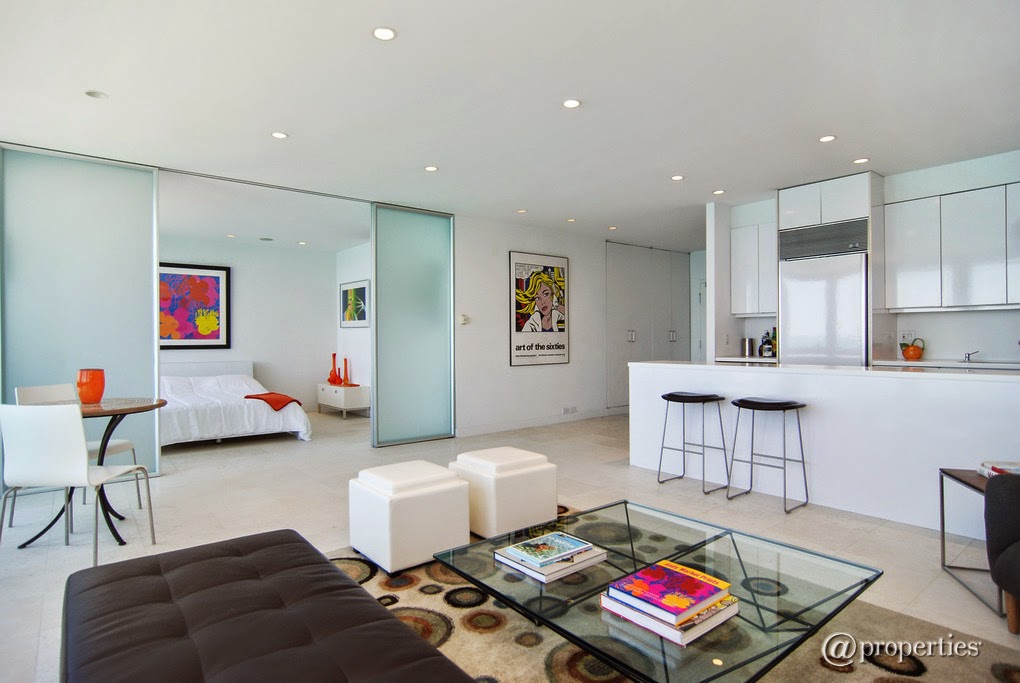 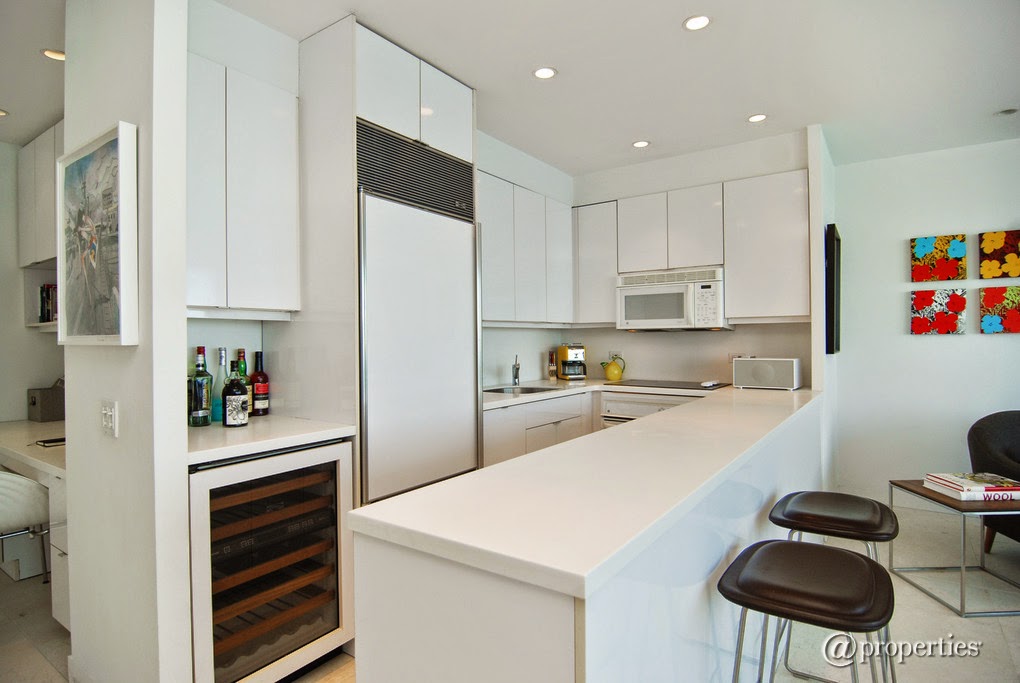 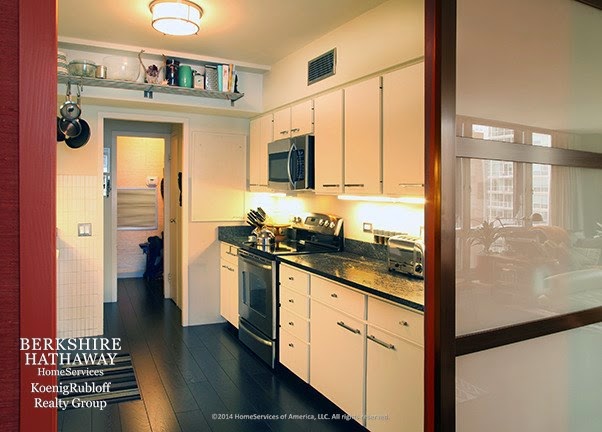 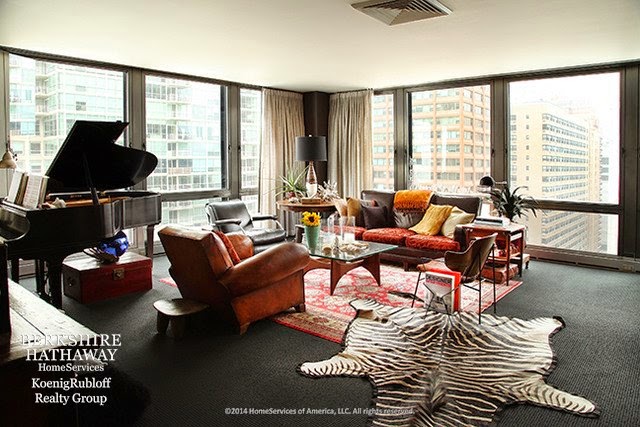 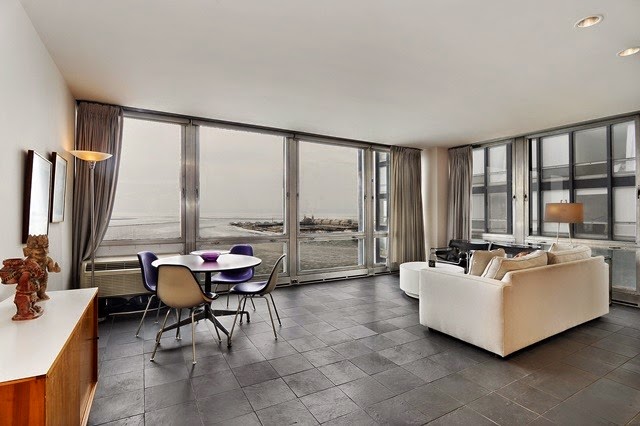