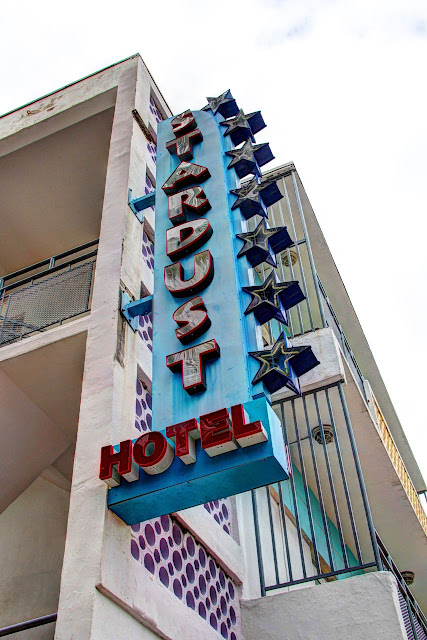 MiMo, pronounced my-moe, short for Miami Modern, is Miami's version of mid-century modern. Starting in the 1940s after the war, the style of new construction drifted from various forms of Art Deco toward Modern, although the forms we saw were more influenced by Googie, aka Modern on Acid. Similar to Art Deco, MiMo was an expression of post-World War euphoria and hope for the future. Many MiMos have prosceniums (see below), breeze block (or, more technically, brise-soleil, a term coined by Le Corbusier), beanpoles (steel poles), courtyards, and just plain Googie goofiness.

We did not set out to see MiMo (we were there for Deco and graffiti), but we unavoidably (and thankfully!) saw some. The Miami Design Preservation League offers a MiMo tour once a month (we weren't there on the proper weekend to partake). There's also a web site (MiMo on the Beach) that offers a self-guided tour of MiMo. If we ever make it back, we may MiMo! 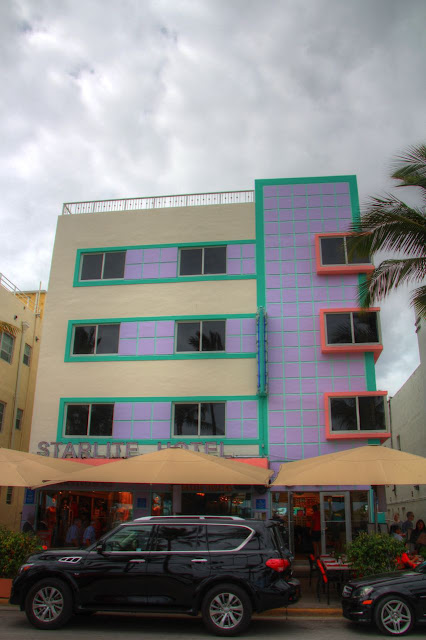 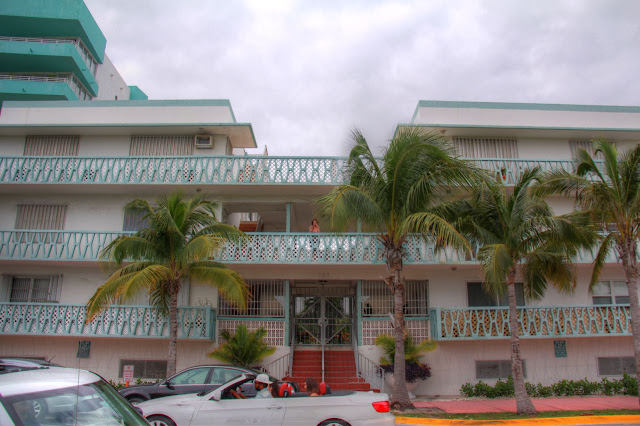 Many MiMo apartments and smaller hotels have prosceniums: design features that connect two separate, smaller buildings into what appears to be a larger whole with a garden area/pool between (this design makes more sense than the Art Deco buildings in which all but the best rooms viewed alleys or other buildings). 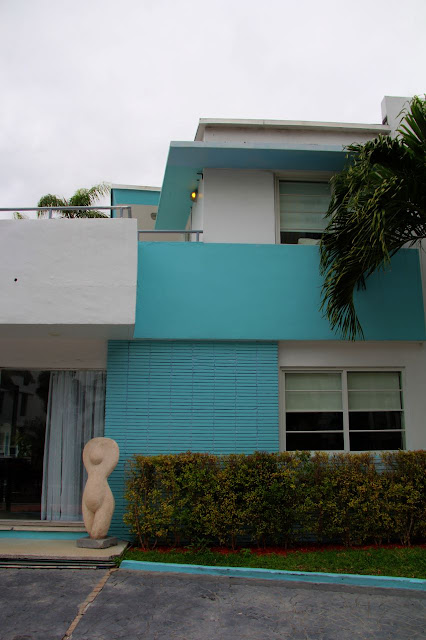 The windows still have eyebrows from Art Deco, but the massing is more Modern. 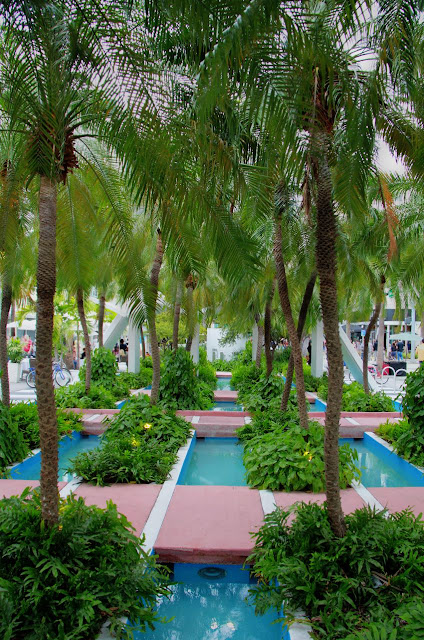 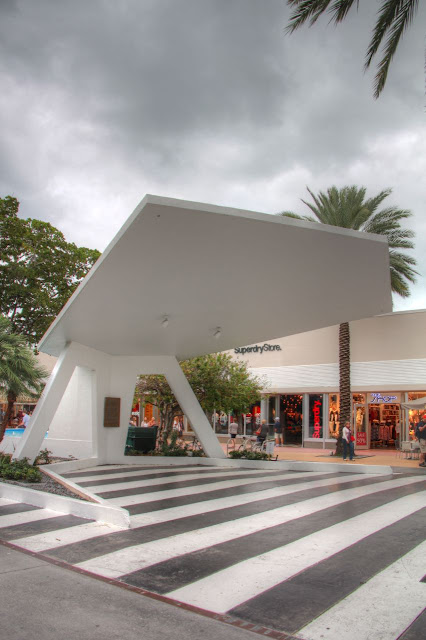 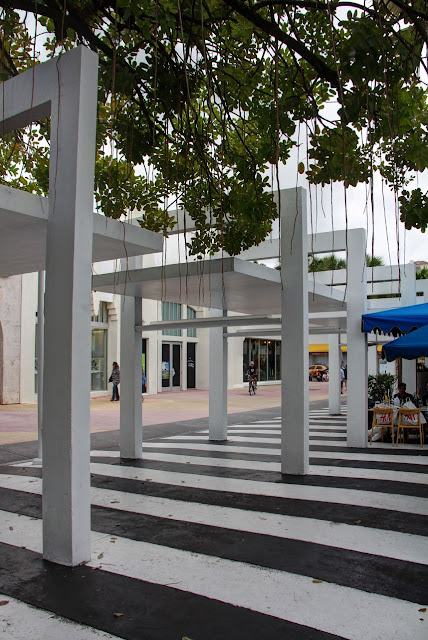 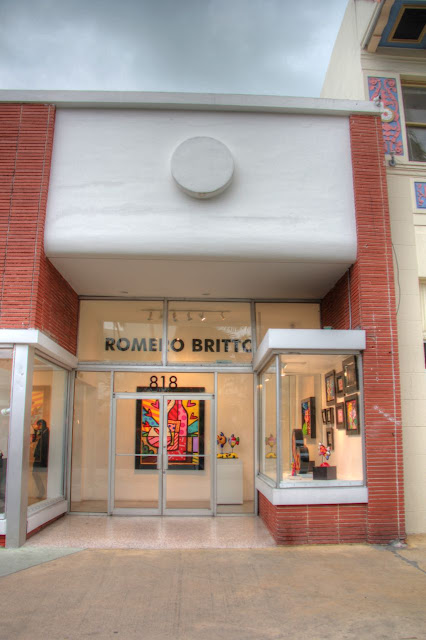 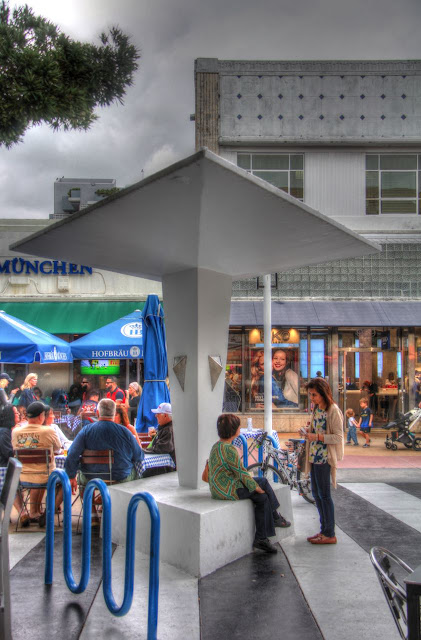 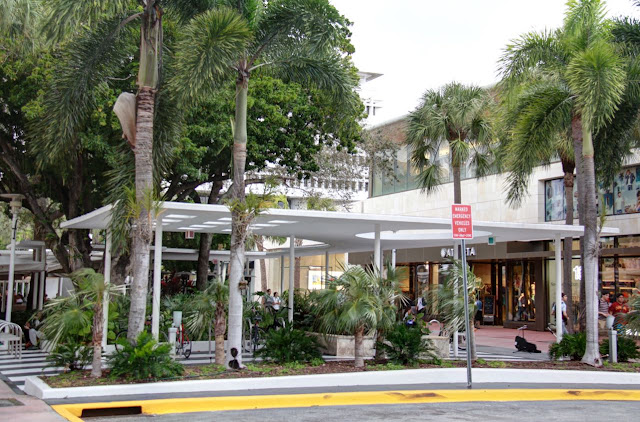 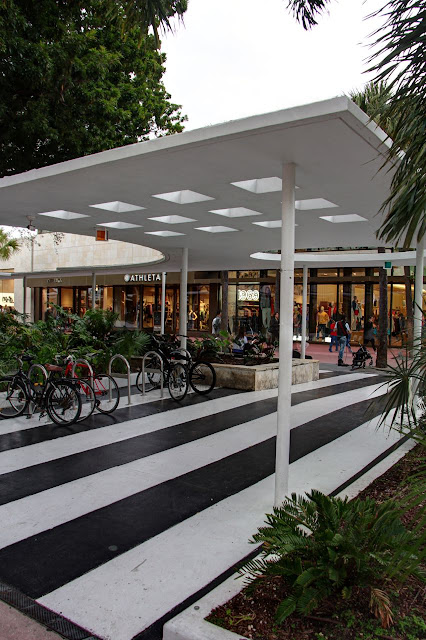 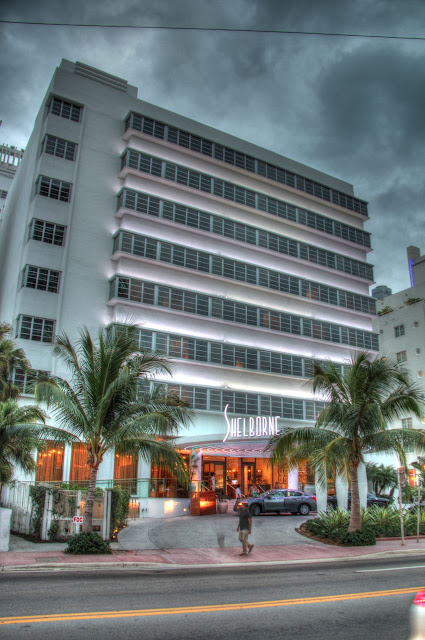 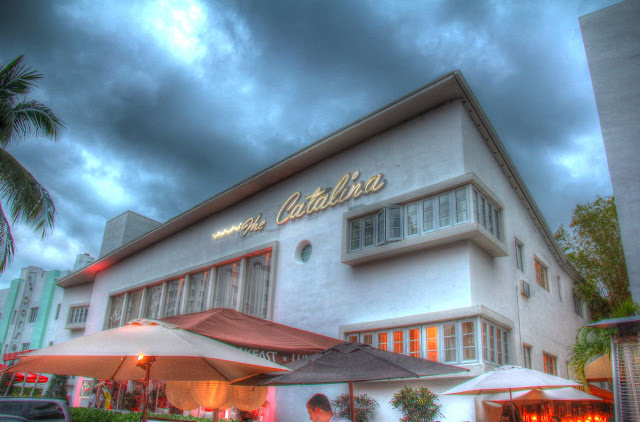 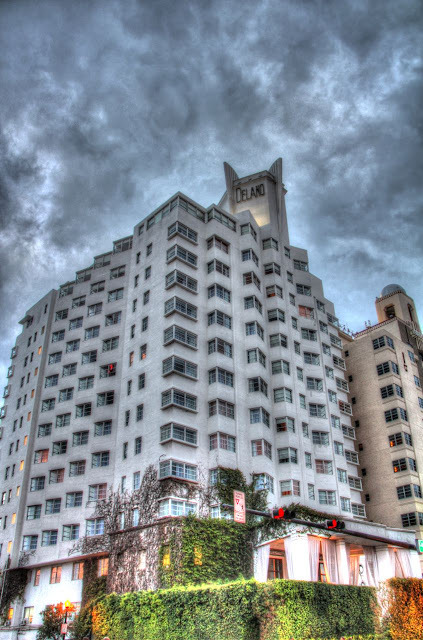 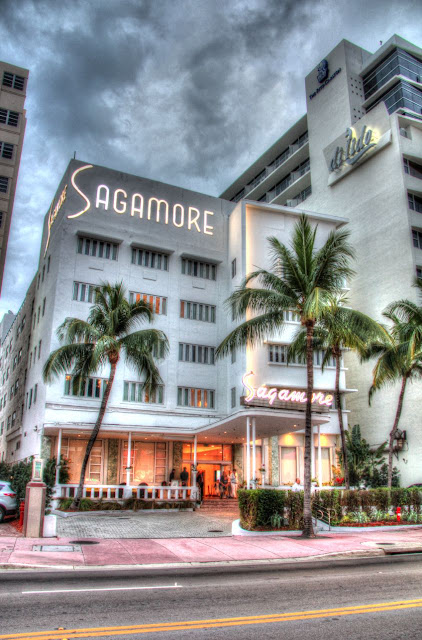 Posted by bubba of the bubbles at 1:07 PM