Was at a happy hour on a Thursday evening a few months ago and one of my tablemates noted somewhat randomly that his grandfather was an apprentice to Frank Lloyd Wright (Someone asked about how much time he spends in Houston tending to rental properties. He replied that he had to make a special trip to get interviewed by the paper about the property designed by his pawpaw. Who was your pawpaw? I asked, and off we went from there...).

Grandpa's name was Robert Hardin, and indeed he appears as an early apprentice to Wright in his Chicago Prairie House phase in the late 1800s/earliest 1900s. 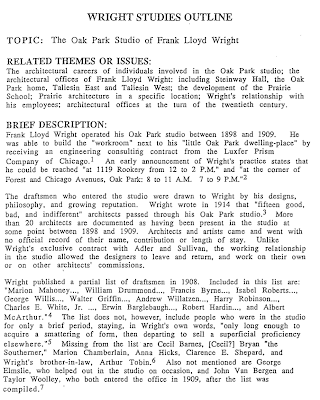 Hardin is also mentioned in one of Wright's articles, In the Cause of Architecture, along with Marion Mahony, William Drummond, Francis Byrne, Isabel Roberts, George Willis, Walter Burley Griffin, Andrew Willatzen, Harry Robinson, Charles E White, Jr, Erwin Barglebaugh, and Albert McArthur (he of the Biltmore Hotel in Phoenix).

“Hardin is a new man, who left the University of Illinois after one year. His tuition was paid by a fellow townsman in Texas, who has thrown him over since he has become so “degraded” as to go into Wright’s.”

The article and photo below appears in the neighborhood newsletter: 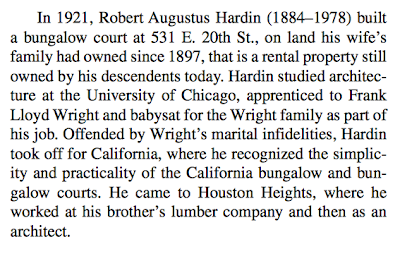 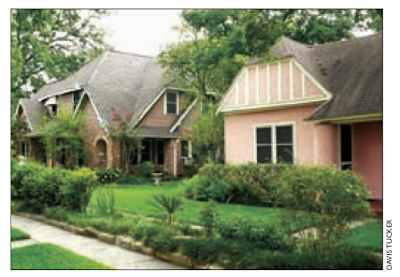 And here are some shots from Google streetview: 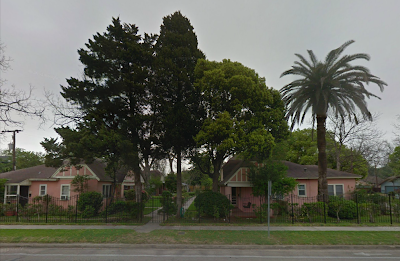 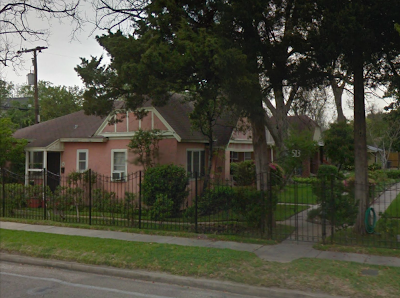 I don't find any other footprint of Mr. Hardin on the interwebs, so I'm not aware of any other structures he designed.
Posted by bubba of the bubbles at 7:39 AM