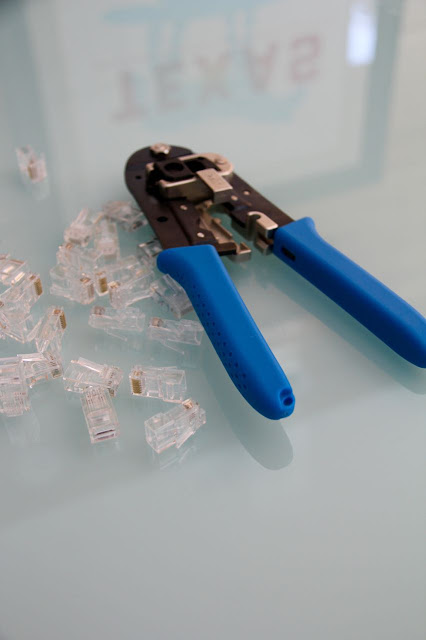 Time flies... Hard to believe we've been in the house for two years now. Two freakin' (fabulous) years! What's doubly surprising is the number of unfinished projects we have, such as setting up the computer network (or, more accurately, a Local Area Network, what the cool kids call a LAN).

It's not that we've been without internet access. It's just that the single point wifi network has worked well enough to not push setting up the network to the top of the list (please don't confiscate my geek card...). Until now.

We are part of the Pecan Street Project in that they monitor our electric usage on a circuit-by-circuit basis. Their system connects with the internet at a single point at the router, but measurements made at the two distant electrical boxes push their data through the electrical circuits. Unfortunately, data from the box at the garage is not making it back to the home station. Therefore, the Pecaners want to access our wifi at the garage. Unfortunately, the wifi signal is not strong enough back there. I said "Hey! I have the house wired to put a wifi extender in the back master bedroom for the express purpose of getting wifi to the garage and backyard (and back master bedroom)! Lemme hook that up for you!".

Back when I wired the house for data and whatnot, I placed three boxes about the house with Cat5e for the express purpose of extending the wifi: (1) just outside the pantry, (2) one along the back wall of the master bedroom, and (3) one upstairs. I even bought one of the extenders to install outside the pantry back when we were building the house. However, I hadn't hooked it up (or any of the others) until now because the router from TimeWarner did a decent job of spewing the wifis over most of the property.

I have to confess that I've had my issues with this wiring project, but knowing what I know now, it would have been a piece of cake. And here's the key bit: trim all the little wires from the Cat5e wiring such that they are straight before crimping them into the Cat5e connectors. This is absolutely key!

As far as kit, here's what I needed for this project:

1. A network switch. Basically something that gives you more ports into your router (which either you have yourself or your internet provider has provided). It might throw you that there's no "in" port (it threw me for a bit...), but the box is smart in that you can connect your router into any of the ports and it knows what it is. This is the one we got for $25:

2. A Cat5e crimper with plugs: See top photo for what I got, all purchased at our local Lowe's. See here for how to use it.

3. A wifi extender: We went with Ubiquity's Unifi system because of (ahem) aesthetics, its power coming from the wiring (POE = power over ethernet), and (presumed) ease of  installation/configuration. 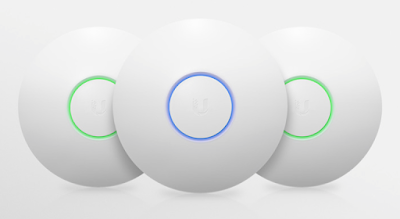 Setting up the Unifi required our desktop to be directly networked into the router instead of via wifi, so I set out to hook the desktop to the router via the in-wall Cat5e wiring. No luck. By all appearances, it looked like the wiring in the wall had somehow been compromised. I bought a 25-foot length of Cat5e to "lo-fi" connect the desktop to the router by running the wire along the floor through the kitchen (the bride was amused...). Two things I noticed: (1) holy crap is the internet connection better through a network connection than wifi (duh...) and (2) I was still failing at setting up the Unifi system. After moping for a couple days, it occurred to me that perhaps I wasn't crimping connectors correctly, and WALA!, after redoing the connectors by cutting the wires even, everything worked brilliantly!

I've now hooked up the Apple TV to the network (I have two Cat5e cables running to the entertainment center) and have plans to hook up more of the stuff we have to Cat5.

So remember boys and girls: cut them wires even! 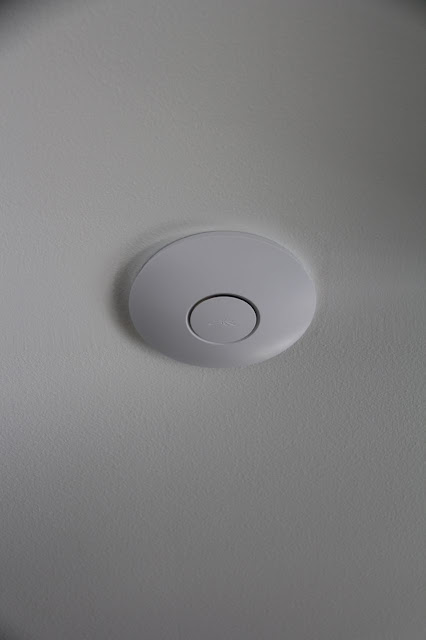 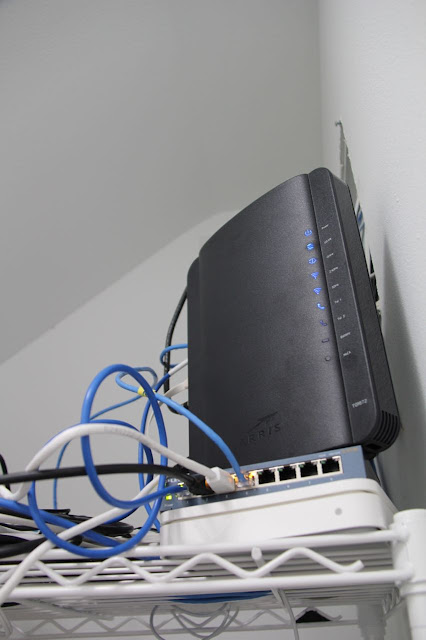 The TimeWarner provided router on top with the switch directly below. 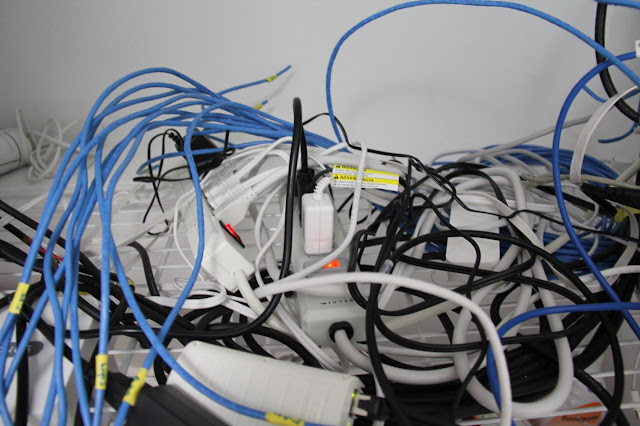 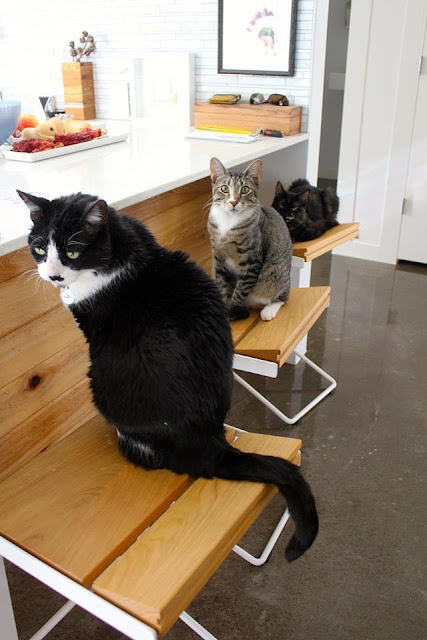 Email ThisBlogThis!Share to TwitterShare to FacebookShare to Pinterest
Labels: wiring