Did we move into the wrong neighborhood? 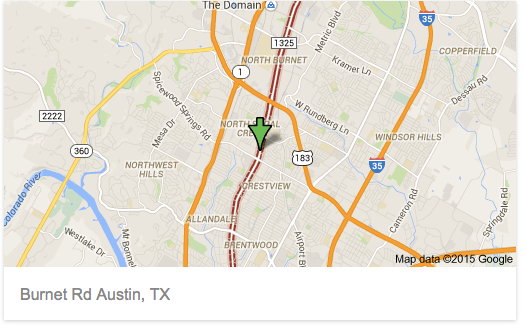 Oh, my! What a difference a road makes!

The Sustainable Neighborhoods Guy had some interesting stats, namely that there are fewer and fewer kids in the hood (the local schools are at 60 percent capacity with the remaining 40 percent brought in), telltale demographic signs of urbanization (i.e., fewer and fewer kids, although I wonder if this is skewed slightly by the aging-in-place-and-too-old-for-procreation-[but-not-too-old-for-Viagra-infused-recreational-attempts-at-procreation] crowd...). His primary point was that the city needs to treat the new MetroRapid bus stations as growth/support centers and that city resources (such as sidewalks, beautification, planning) need to be focused at these locations. He sees mixed use and apartment buildings radiating out from these transit centers.

The Brentwood Guy noted that they were pragmatists with respect to growth and change (it's coming whether we like it or not), so they embraced the neighborhood planning process the city offered to address growing urbanization. Along those lines, they used neighborhood planning to protect the residential core (protect = zoning) and allowed vertical mixed use along neighborhood edges, namely Burnet Road and Lamar Blvd.

The Allandale guy was essentially against everything. Against busses, against vertical mixed use, against apartment buildings, against redevelopment, against neighborhood planning. You name it. And he had a lot of support at the meeting: folks concerned about traffic, property taxes, noise, and crime.

I understand those concerns. They are legit. We all have those concerns. But here's the problem: Being against change doesn't prevent change. The only way we prevent change to the city, including our neighborhood, is to keep people from moving here. Good luck with that. By being against everything, the neighborhood is ironically creating a worse environment for the people that live here. We are pissing away our chance to influence outcomes and address the neighborhood's concerns.

Case in point. Around the corner from our house the auto dealership is building a four-story parking garage to store their excess inventory. Does the neighborhood support this construction? No. Am I happy with this construction? No. The neighborhood fought (and quickly failed) to prevent the parking garage from going in. But they missed an opportunity.

There's tension between what I (or you) think about what someone does on their property and what they are allowed to do on their property. I may not like it, but it's their property, and they have the right to do with it as they want as long as what they are doing fits within the messy little box called the city code (as well as certain deed restrictions, if any). Here's the thing: If someone is completely inside that box, there's nothing we can do as neighbors to forcefully influence what that landowner does.

I'm not overjoyed about it, but I'm OK with the dealership building a parking garage there. It's their right. What I don't like about the project is that there will be a parking garage facing Burnet and the neighborhood. Unfortunately, by fighting the project we missed an opportunity to improve the project.

The leverage a neighborhood association has with developers is on variances, permissible actions outside the gray lines of city code. If the neighborhood was reasonable, we could have gone to the developer and said "Hey, we understand you are building a parking garage on your property. We respect that you have the right to do this and that you can legally do this under the existing code. However, as neighbors, we have three concerns about your project: (1) Its appearance toward the neighborhood, (2) how it relates to Burnet Road, and (3) construction management. We'd be willing to support variances for your project to allow it to be closer to the neighborhood, closer to Burnet, and taller on the Burnet side if you would be willing to have (A) a solid wall with vines on the neighborhood side of the project, (B) some retail or offices on the ground floor facing Burnet, and (C) construction kept between 7 am and 7 pm. Would you be interested in that?"

That's how you start a discussion with a developer. That's Mediation 101: Recognize the interests of your "opponent", share your interests, and find a solution that's win-win. Instead, we fought the project on minor technicalities that were simply ignored by the city or only caused minor delays. Yay us! These actions feed the outside narrative that our neighborhood is unreasonable (see Walmart), so developers stay completely within the code, removing all ability for us to influence projects. We have no credibility; therefore, we have no influence.

As a radical moderate listening to the discussions, I found myself wishing we lived in forward-leaning Brentwood (east of Burnet Road) instead of backward-leaning Allandale (west of Burnet Road). This modern-day propensity for political purity works against your interests, not for them. However, there's hope. Brentwood is younger and hipper (and more reasonable) than Allandale. Demographics suggest Allandale is heading that way. It's only a matter of time...


Note that this post is more declarative than I normally like to be (for example, "...nothing we can do...", "The only way..."). I did this for clarity-of-writing purposes. There are always other options (lawsuits, nuclear war). Also note that we sported a "No to the Maund Garage" yard sign for a time. We did this in solidarity with our neighbors once the path had been set (one of the many reasons people dislike moderates...).