haiku for the book "No Place Like Utopia" by Peter Blake 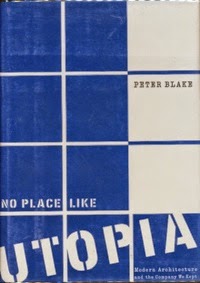 where the planes dissolve
where inside becomes outside
is utopia

After our house was on the Modern Home Tour, the architects left us a few gifts, and this book was one of them. An interesting read about a dude in the middle of it all such that he knew a number of the architectural movers-and-shakers of the mid-century modern era (as well the early Modernists). He worked with Louis Khan; knew Jackson Pollock, Philip Johnson, and Charles Eames well; was the curator of architecture and design at MoMA; and was editor in chief of the Architectural Forum. He also interacted with Bertrand Russell, Serge Chermayeff, Oskar Stonorov, Hans Knoll, Mies van der Rohe, Buckminster Fuller, Gropius, Rietveld, Marcel Breuer, Gregory Ain, and Neutra.

He had run-ins with Frank Lloyd Wright and said "Frank Lloyd Wright, who lied like a trooper, would have been a bore if he had stuck to the facts." He also said "[Wright] had clearly come to believe that he (or He) was Architecture, and Architecture was Wrightian or it was nothing at all." Blake also noted how poorly Wright treated anyone who worked for him that showed promise, describing Wright as "...always jealous of any talent he thought might threaten his own reputation..."

Blake loved de Stijl neoplasticism ("...one of the noblest and most radical of all modern movements...") and absolutely hated post-Modernism (for this, I love him). He explains why architects of the time hated Modernism being pigeon-holed into a "style",  describing Modernism as "...politically left, anticapitalist, and dogmatically so." Becoming an architect back in those days "...was a commitment to help change the world, nothing less."

And he was an architect who designed some nifty Modern beach houses in the Hamptons (photos below). He also wrote "Form Follows Fiasco", a criticism of Modern architecture (which his friends told him to burn; he seems to have forgotten about the book when he wrote his autobiography...).

All in all a good read with personal insights into the personalities of the big names in Modern architecture. And a good call for a book for me to read! 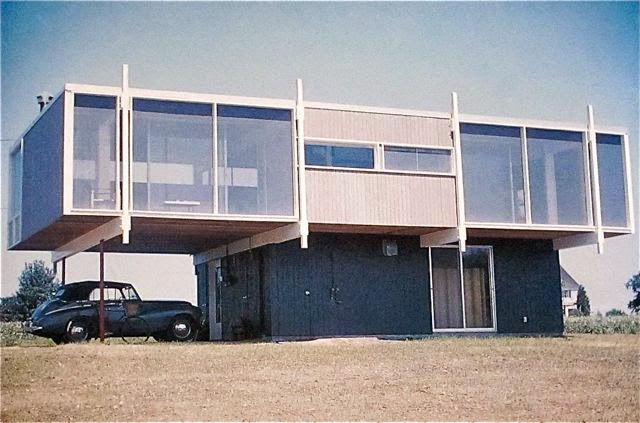 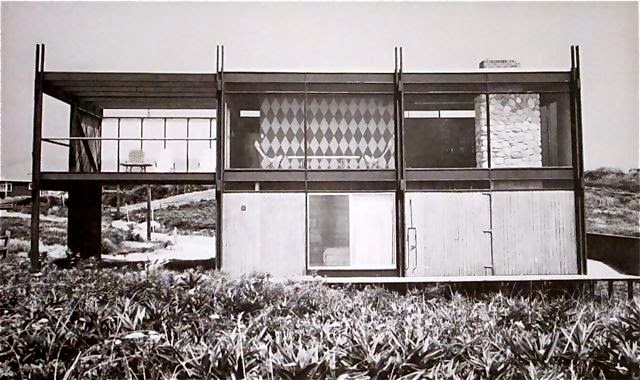 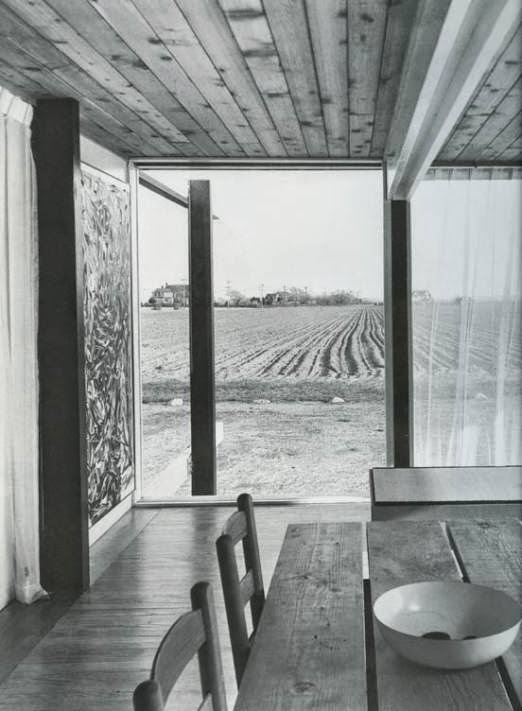