Some old shots of our lot from back in the day 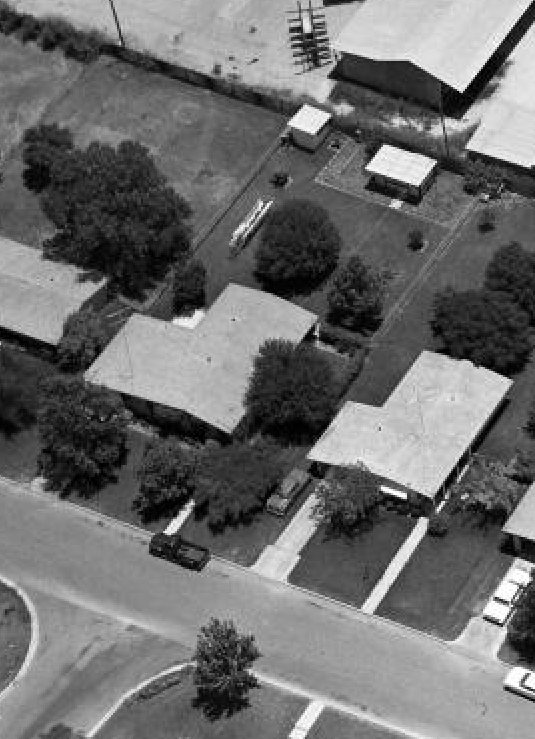 That house in the middle of the photo above, the house with the two out-buildings in the back, is the house that used to be on our property. This photo was taken in 1965. It shows, among other things, how small the trees were (they had probably only been planted five to ten years before this when the houses were built). The neighbors' houses look the same now as they did back then. 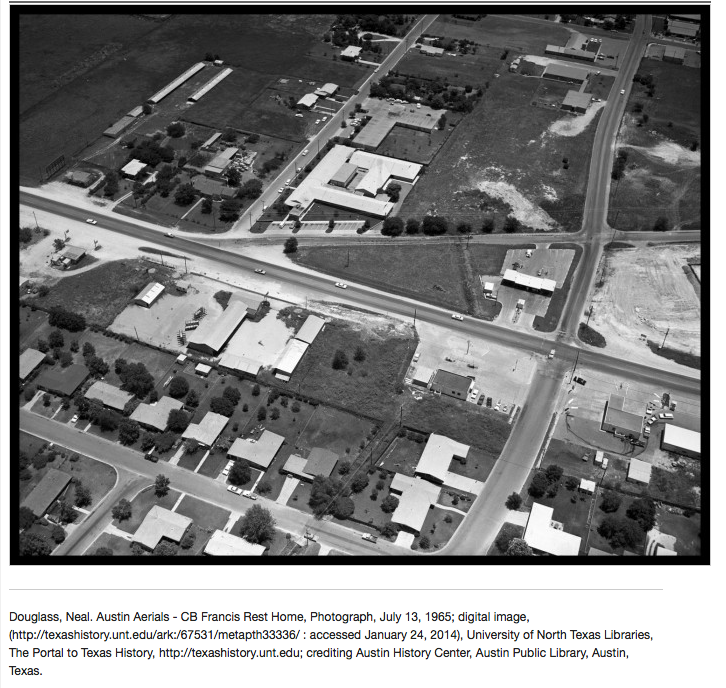 This is where I got the above photo from. There's an enormous oak at the corner today that many would suggest was well over a hundred years old. It's just a bush in this photo! 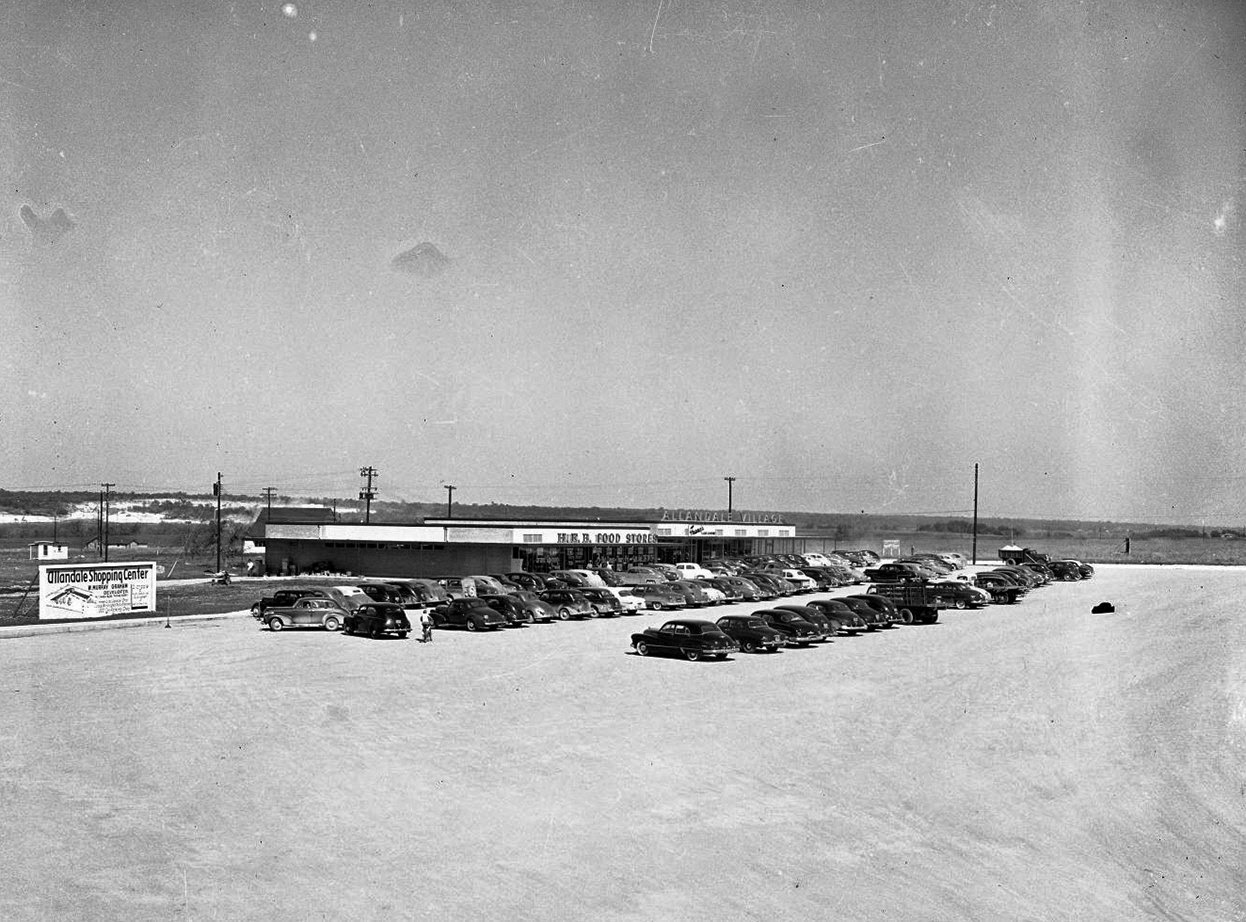 This is the HEB at 2222 and Burnet from about 1950. This photo is looking north into what is now our neighborhood. No trees out there hardly at all! 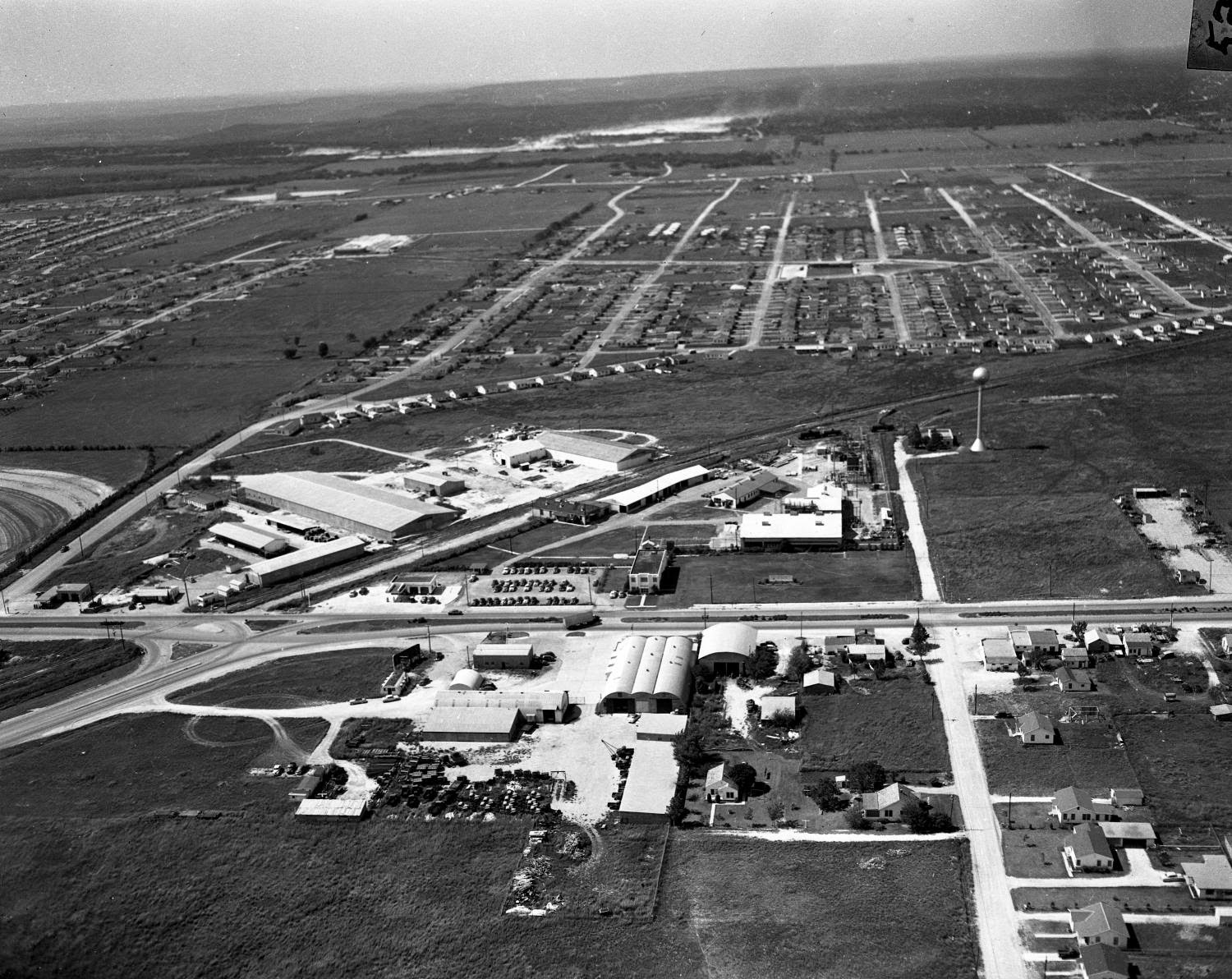 And this is photo looking west with Lamar in the foreground and, to the left, the intersection of Lamar with Airport. The whitish "gash" on the horizon (right where the Hill Country begins) is the Far West area, which used to be a rock quarry. The road that runs from Lamar all the way to the west is Justin Lane.