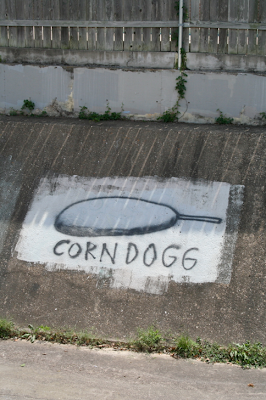 With the LEGO brick fiasco over, let's focus on some real stuff, shall we?

The architects sent over a spreadsheet for us to fill out on our specs. Essentially, what we've been listing under "The Chosen Ones" tab is what we've transferred over to the spec-sheet. Here's where things (that is, the budget) can get out of control by upgrading from builder/architect allowances. I highly (highly, highly!) recommend figuring all this stuff out before the hard bid(s) come in and construction starts (unless you plan to be happy with the specs from the architect/builder [which they are more than happy to do!]). Since we're [ahem] a wee bit picky, we've made decisions on most (95 percent) of the items. Invariably (97 percent of the time) our choice is more expensive than the builder/architect suggestion, sometimes dramatically so. So it goes...

Chatted with mom today (it's Mom's Day after all!) and asked her about her spec choices for her house, a pleasant place outside of Charleston, South Carolina, where you have to be 60 or older to buy and where no sprogs are allowed and the rich folks drive six-seater golf carts (with faux gold trim). She said she came out of that deal with 25 grand in upgrades. So that puts us in the "mildly out-of-control" category, I reckon. Items where we are completely out of control on: Everything associated with the master tub, the cooktop and vent hood, the sink and faucet in the powder room, the pendant over the dining room table, the shower drain, and the toilet paper holders. Not too bad (considering).

[Stepping up on soapbox:] I've read a number of architectural blogs where architects lament that home buyers see a house's value in its fixtures and specs rather than in the space itself. As a consumer of architectural services, let me say that, we, the consumer (if you allow me to represent all home-building consumers, a dangerous proposition) see the whole package as the house: The house itself so ably designed by the architect and, yes, the finish out. Who wants a house with beautiful volumes finished out by low-end builder-grade the-cheapest-item-at Home Depot choices? Not us [although Home Depot does have  some nice choices {and, in full disclosure, the Depot has a good price on the ceiling faucet for the out-of-control master tub...]. The smart architect recognizes and respects this, methinks. Architecture appears (and is important) at all scales. [Stepping off of soapbox.]

With (most of) our specs submitted (struggling with choosing tile, countertop color [we've decided on Silestone or, at the very least, engineered quartz], paint color [which flavor of white {no, seriously!}], kitchen isthmus pendants, security, and whole-house audio), we'll be meeting with the builder this Friday to discuss the development of a "hard bid" (ten fingers crossed that the [pre out-of-control specs] bid comes in close to the target price). Once we have a hard bid, we can go to the bank for a construction loan followed by permitting followed by (can you believe it?) construction (followed by moving in!). Whoop! Whoop!

In landscape architecture news, I called Austin's Green Building Program to find out about what the heck "90 percent of plants from the approved Austin [something or the other] list" means. In short, it's vague. Ostensibly it's about plant count ("More feather grass! More feather grass!") unless it's obvious you're trying to subjugate the process by plant count ("Hold that feather grass order!!!"). In mildly short, it depends on the gut of your rater. They demand drought tolerant plants (yay!), but prefer natives (but will consider non-invasive non-natives). There you go.

Also found out from the landscape architect that he envisions the hedges being low (18 to 24 inches) and he would like the pavers to be limestone (we'll see how much that costs... [although they would complement the limestone on the facade of the house]).

[photo by mwah, taken at the northern edge of the neighborhood-to-be; happy as a handbag that there's cool graffiti about the new 'hood! {Burp!}]
Posted by bubba of the bubbles at 9:26 PM