We've started to build our house!

Out of LEGO bricks, that is.

A pal has gently suggested several times that we need to build a scale model of our house in LEGO bricks. That struck me as vaguely brilliant, so I put it on my Modern house bucket list, something to look into at a later date. However, flying back from Los Angeles (did I tell you we went to L.A.?) this week I was reading a business article about LEGO Group in The Economist, of all places (did you know that a carpenter in Denmark started LEGO in 1932 and that there are now 62 LEGO pieces per person on Earth?). The article was about staying focused on what you do best (something I'm not good at...) and mentioned that LEGO had an online tool to build your house out of LEGO bricks [insert orchestral stabs of discovery].

Sooo... I've started building our house out of LEGO bricks. I didn't try the online designer. Instead, I downloaded the more local LEGO Digital Designer for Mac (there's one for PC as well) last night and started clicking small plastic pieces together. After about three hours, here's where I'm at: 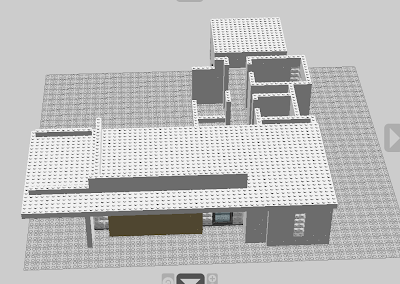 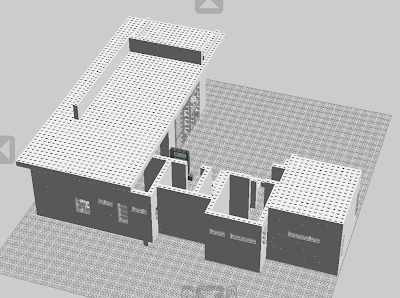 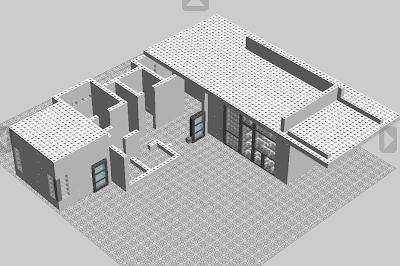 And here's a broader shot of the program: 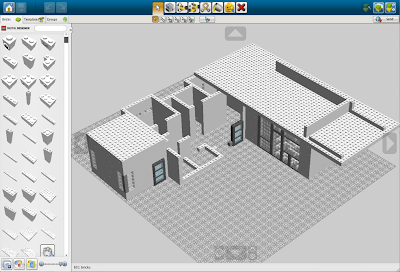 It took a wee bit of poking around and learning by trial-and-error, but I'm clicking those darn blocks into place pretty darn quick.

I'm using a scale of a 1 by 1 brick equals 1 foot by 1 foot (which just so happened to be a wise decisions since their standard doors equal that scale). And I can't quite get things exact: everything has to fit the 1 by 1 scale (see rear living room window). Once completed, I can hit a button and, for a fee (well played, LEGO, well played...), LEGO will send me the pieces to assemble the house. Pretty darn cool.

Whilst searching for scale guidance  (something I never found...) before embarking, I found a story on the long-haired dude from Top Gear built a real house out of LEGO bricks (also learned that the plural of LEGO is not LEGOs). 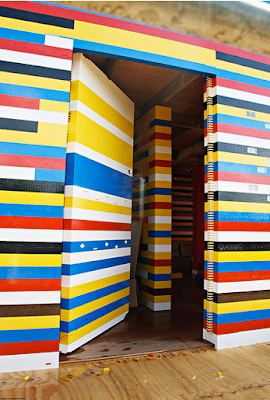 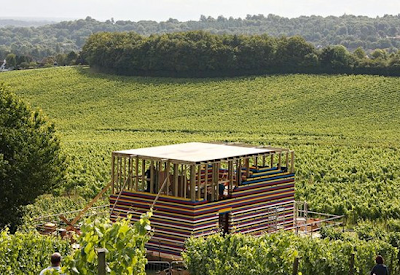 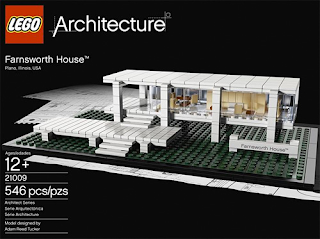 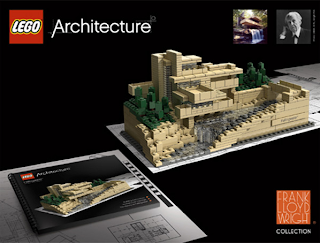 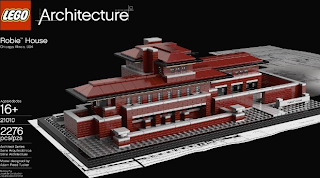 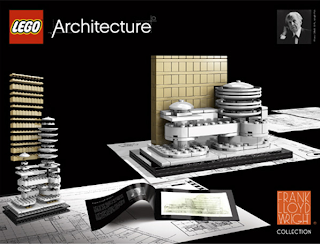 Let the clicking begin!
Posted by bubba of the bubbles at 8:39 AM