Irving Gill was something of a proto-Modernist (some say full Modernist) in Southern California who designed and built, for a time, minimalist white houses inspired by mission adobe and focused on health and hygeine (he strove to design interiors that would not collect dust, such as trimless doors and windows and curved wall-to-floor transitions). Gill's hallmark work, the Dodge House, located across the street from Schindler's house on Kings Road and built between 1914 and 1915, was tragically razed back in 1970 for apartments. Much of his work is down in San Diego and La Jolla, but one of his projects, Horatio West Courts, is located in Venice Beach.

Horatio West Courts were built in 1919, and they are gorgeous. White, simple, clean, and beautifully blocky. Corner windows (something he first did in 1904), including mitered corner windows (original? the woodwork appears original...). R.M. Schindler and Richard Neutra admired Gill's work and were clearly influenced by it. 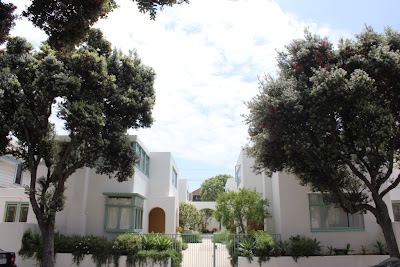 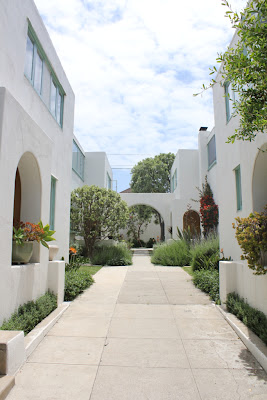 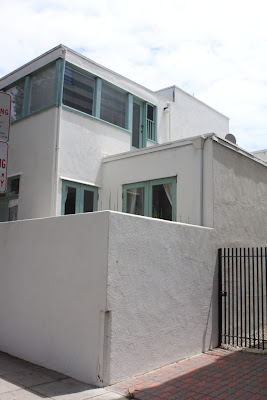 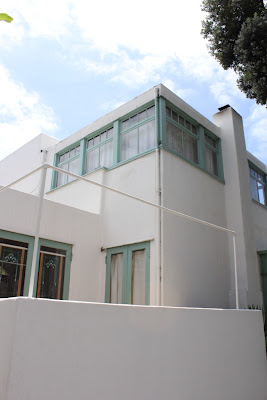 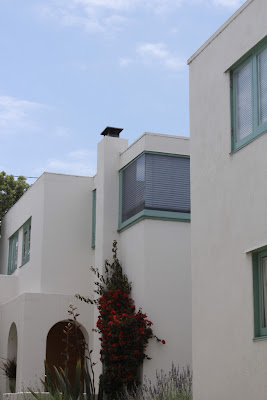 Posted by bubba of the bubbles at 6:07 PM