when it doesn't rain, it pours! 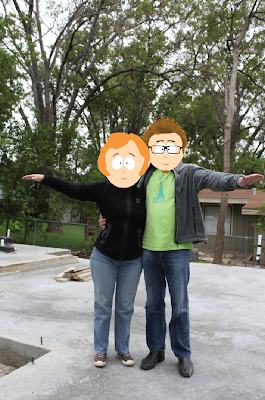 As scheduled (for this past week, at least), they began pouring Tuesday morning. Because of some work obligations, I wasn't able to get there in time to see them "making mud", but I was able to see the concrete soupy-wet when I rushed over at lunch. The builder was there, and he complimented the cement-man, saying the cement-man doesn't usually do small-scale work, but he was able to convince him to do our job because our house was very special (awww.... but he prolly says that to all the girls...).

The cement-man had just started putting in those bolts you see in the photo below. The base of the framing will be attached to those. 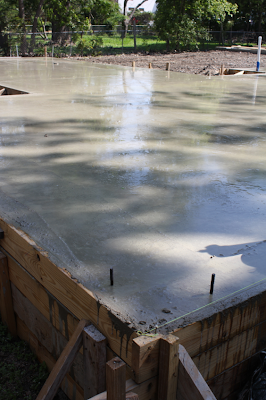 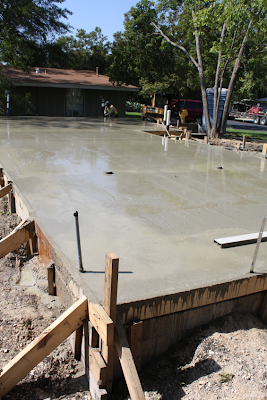 The dude below was using that contraption to smooth out the surface and, I reckon, keep the concrete drying out uniformly. The bride stopped by later that evening, and the workers were still out there smoothing the surface with rotary machines. Given this schedule, the concrete was pretty hard by early evening: Nothing for the kids to etch their names into. 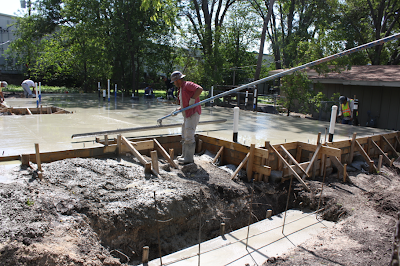 By Wednesday evening, the forms were off the edges, and the foundation looked pretty much done, although the deep grays of the concrete suggests it is still drying (the pad for the garage is a real light grey). From what I've read, a concrete foundation is ready to build on in a few days but continues to dry for several weeks to several months. 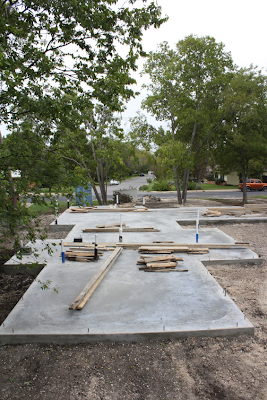 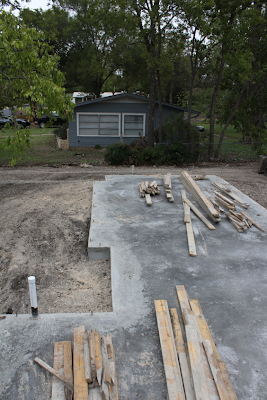 Here's a close-up of one of those bolts after the concrete had hardened. Can't pull that baby out easily. 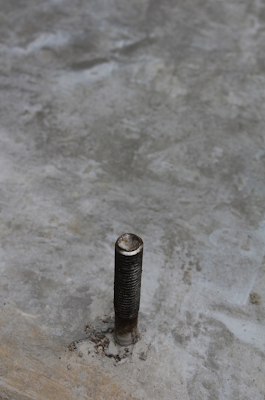 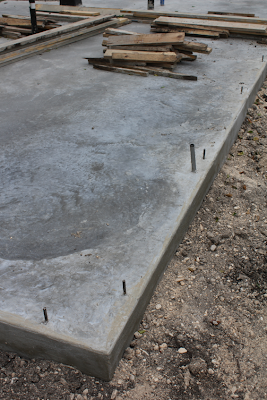 Here is one of the straps (there are two total; see second photo below) that will be used to fix the glu-lam beam to the foundation. Hope that's enough to hold that sucker in place... 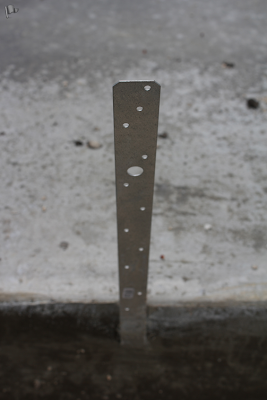 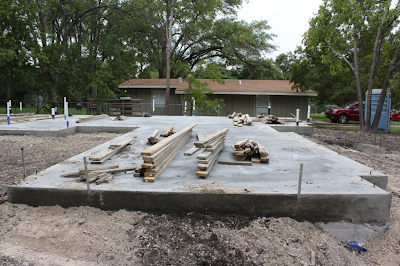 On Thursday, they came out and skim coated the edges of the foundation, a good view below of the front entrance area. The concrete to the left is the footing for the front privacy wall. 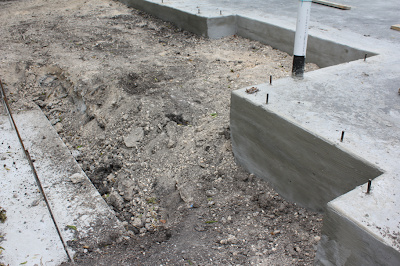 Here are a couple bolts that shouldn't be there (the window will go all the way to the floor here). Cut and grind. 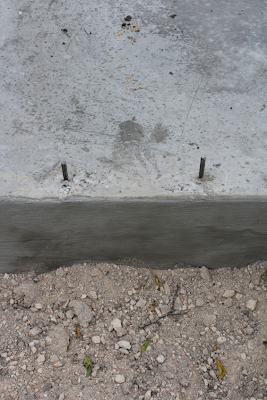 And here are three other bolts that shouldn't be there (this if for the back door: floor to ceiling windows). Cut and grind, baybee, cut and grind... 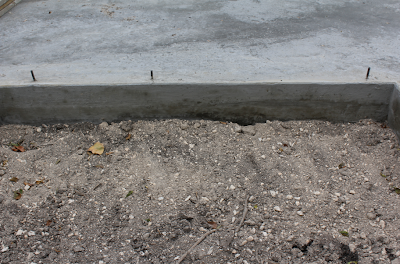 Thanks to Big D for the title for this posting!
Posted by bubba of the bubbles at 6:51 PM

Email ThisBlogThis!Share to TwitterShare to FacebookShare to Pinterest
Labels: foundation