HVAC back on track?

Met with the builder, sub, and manufacturer rep today to talk HVAC, and it was a hoot. We met at the manufacturer rep's office in the training room where they had a fully functional variable speed compressor unit set up.  Sweet! The first thought that popped into my (and the builder's) head was "Hot dang, that thing's BIG!!!" And it was only the two-ton unit (in my excitement I didn't realize I hadn't taken a photo of the unit until I was 10 minutes down the road...).

I couldn't find a photo online of it with a human (or a large forest cat) next to it, so here's shot of it with it's board [ahem] exposed: 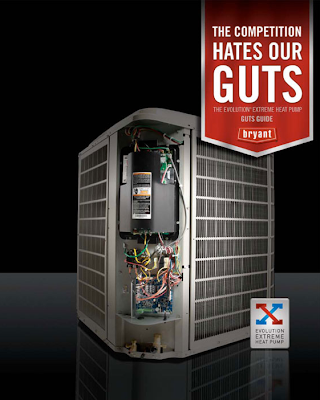 And in case you still doubt it has a variable speed compressor, here's a cut-away:

The builder was concerned that the unit was so big that it would have to be moved to the back yard; however, the architects designed a nifty little (big, actually) place to put the unit: 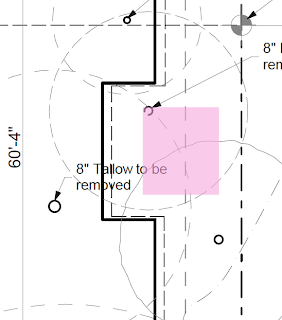 Given that the house moved over a foot, there's 11 feet by 10.5 feet area for it. Plenty of space.

So here are the (paraphrased) answers to the questions I had:

"oops! Should only be an ERV."
"Can get a deal on them."
"I'll get you that."
[forgot to ask this; will ask after researching the Honeywell.]
"Yes."
"Zones? What zones?" [will put three in]
"What you wanted."
"18; less because it's a bigger unit; bigger the unit, lower the SEER."
"Depends what you want; can do one thermostat with two distant temperature sensors."
"oops."

The other thing I learned at the meeting was that the framing sub tore his Achilles playing squash over the weekend. He had surgery yesterday. The builder said that he was still directing activity on site, but that progress would be slower...

With the bride out of town on bidness and me with a late-ish meeting this evening, I wasn't able to get out to the house during daylight and nearly didn't go due to the expected lack of progress. Regardless, I went and was surprisingly greeted with a nearly completed second story. With damp soil beneath my feet, a sickle moon hung above, and the blistering brightness of the neighbors' flood lights, I savored the first feel of the nearly complete volume of the house.

Paint thinner couldn't have taken the smile off my face. 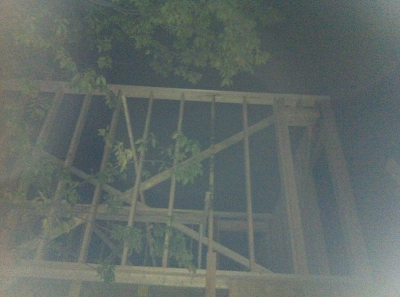 Posted by bubba of the bubbles at 9:28 PM