We stopped by the lot at lunch today, and Woo! Hoo! They be framing! The garage walls were almost done by the time we got there, and the sub was chalking out the outer and inner walls in the house. Learned that the bride and I are spatially incompatible: stuff that strikes me as small (Is this room big enough?) strikes her as large (This room is HUGE!!!). Fortunately, the average works out (we hope...). 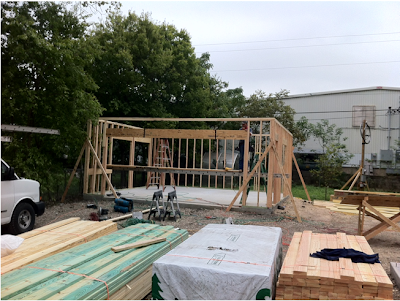 The wood for the house proper showed up as well as the treated glu-lam beam for the cantilevered wall: 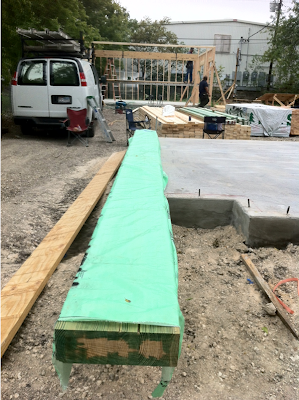 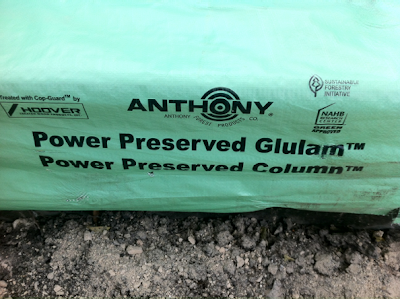 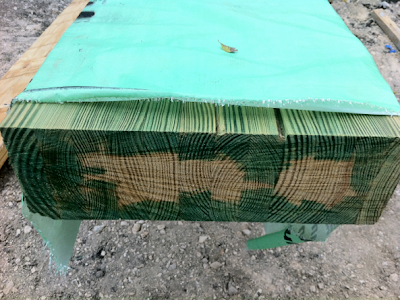 Eventually, the beam will be set upright along the base of that very wall.

We also got a sense for how far from the house that beam/wall will be cantilevered: 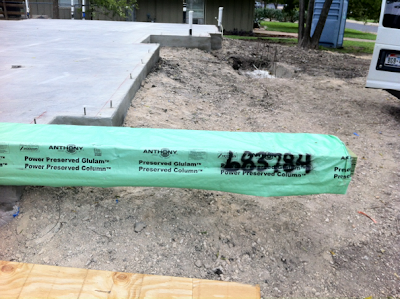 Both of us had the same response: "That's crazy!!!" Crazy cool, baybee! It won't stick out quite that far, but it will protrude about five feet from the edge of the foundation. It's a bit of an engineering marvel because not only is the wall cantilevered a ridiculous(ly cool) amount off the pad, but the carport roof is also hugely cantilevered some 11 feet toward you (with respect to the photo). We're blissfully excited (and amazed) about all this cantilevering.

The bride stopped by after work to confirm they started on house proper. Yep: 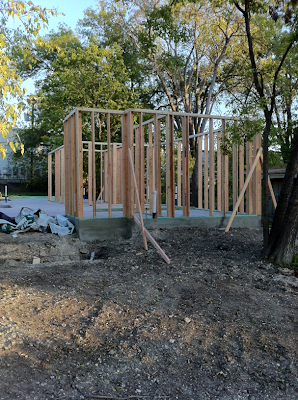 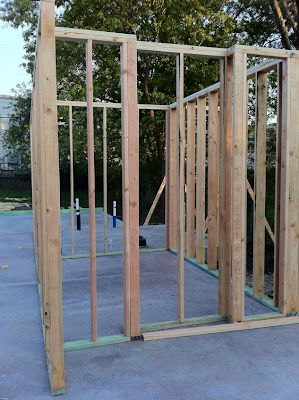 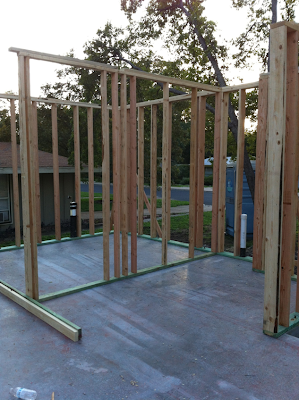 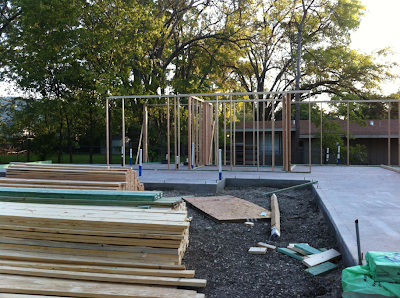 They started on the office, the kitchen, the stairwell/pantry, the master bath, and the powder.

They also finished up two of the three windows in the garage and shored up the walls in preparation for  the roof trusses: 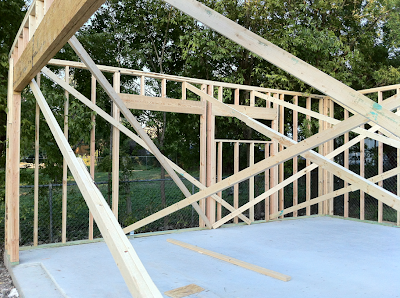 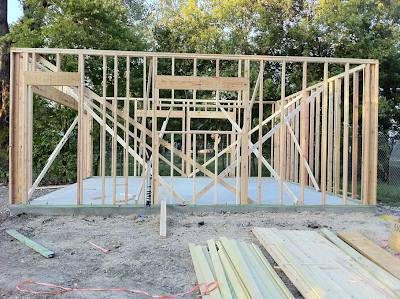 All of this is terribly exciting, and I'm seriously bummed to be out of town the next four days (grrrr....). However, the bride stops by every evening, so she'll send photos. Can't wait to walk around it this weekend!
Posted by bubba of the bubbles at 8:43 PM