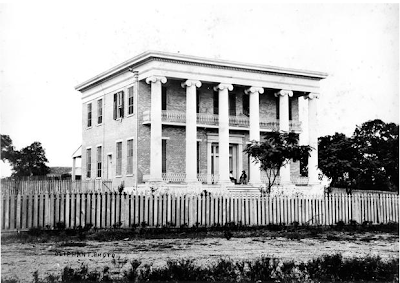 On June 8, 2008, while driving back from Gulf Coast beaches, the bride and I were horrified to hear that some dimwit tossed a Molotov cocktail at the governor's mansion and burned it down. Since it was unclear how bad the damage was from news reports, we went straight to the mansion to see the vandalism for our own eyes, and it was not good. Fortunately, there was enough there to save, and finally, after four years and $25 million, the governor's mansion is back open. 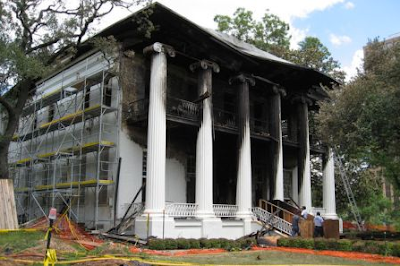 A Greek revival structure designed and built by Abner Cook in 1855, the mansion has housed every governor since 1856. Originally built with 11 rooms, 6,000 square feet, and no bathrooms, the mansion was expanded in 1914 to nearly 9,000 square-feet, 25 rooms, and 7 bathrooms. An additional 1,700 square-feet was added to the restored mansion. In addition, the mansion now includes solar on the roof and a geothermal system. The Austin-American Statesman reported today that the geothermal system has 45 wells (the Texas Tribune reported 53 wells at 300 feet deep each).

Say what?!?!! First off: I'm not sure where they could have placed 45 (or 53) wells on that mostly mansion-filled lot. Secondly, that's equivalent to a 45 (or 53) ton HVAC system! Only the debbil would require an HVAC like that! 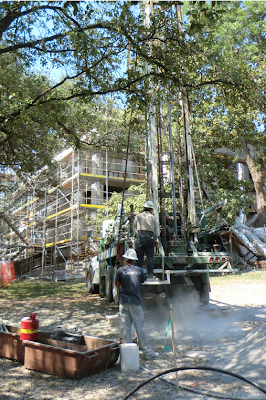 Given the uncertainty in the number of wells (actually boreholes) drilled for the system (Friends of the Texas Governor's Mansion says 40), I'm not sure what that system looks like. And the folks that put the system in haven't posted details. Nonetheless, it's cool that the guv's palace now has some green features. 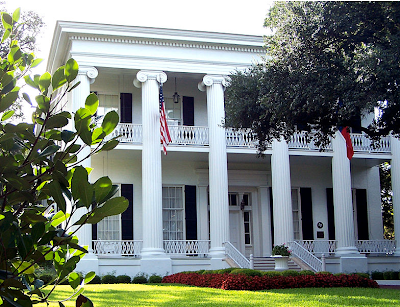 Posted by bubba of the bubbles at 9:46 PM