mmm airports i love you


to borrow a phrase from underworld...

I love airport architecture, even if it's only half inspired. Airports tend to be futuristic and antiseptic ("Attention travelers: Appendectomy at Gate 12."). One of my faves is the Dulles International Airport, through which I flew this past week on bidness. Designed by Eero Saarinen in 1948, the airport terminal evokes the underbelly of a large airplane wing. Saarinen, who emigrated to the United States when he was 13, also designed the St. Louis Arch, John Deere's headquarters, and the tulip chair [and associated tables]).

All photos by mwah (It always makes the bride nervous when I take photos in airports. She thinks we'll be spending the night with Homeland Security). 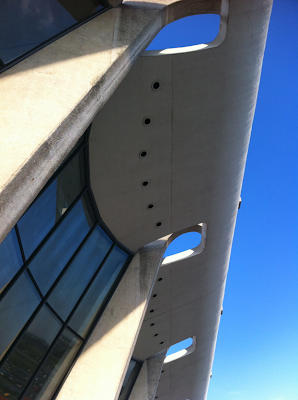 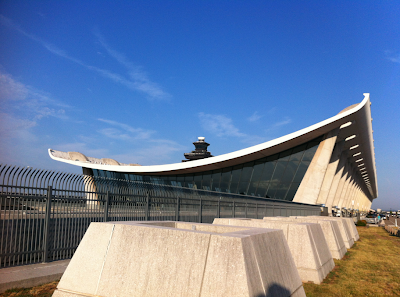 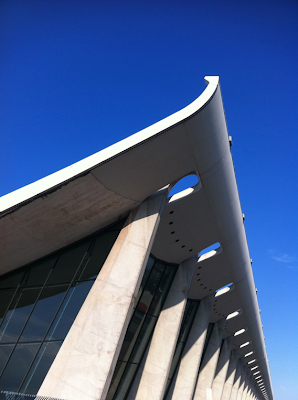 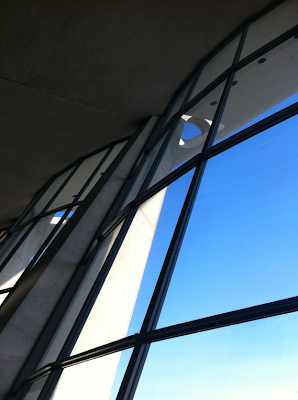 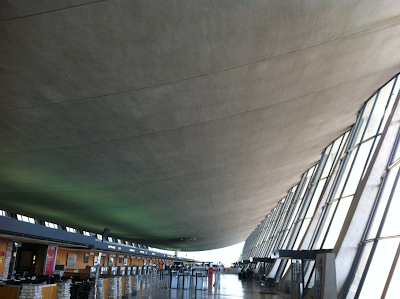 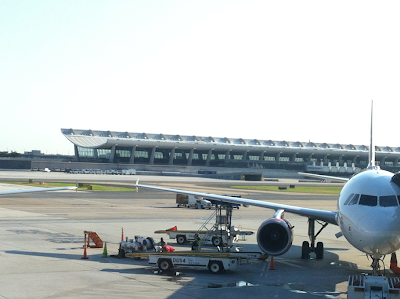 I even like music for airports.
Posted by bubba of the bubbles at 8:48 AM