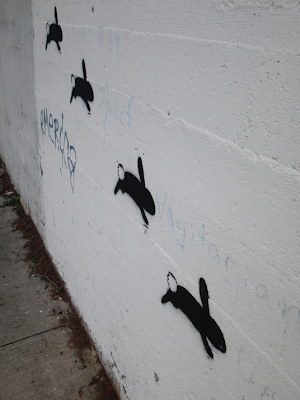 Unless you're loaded with cash, you will probably need a construction loan. And indeed, we need one. Not finding exactly what we wanted at our bank or with the banks the builder recommended, we talked to the broker we used when we bought our lot. So far, this is what we've learned:

So here's my feeble attempt to try and make sense of the nonsensical...

One thing to figure out is how long you want your construction loan for, typically between 6 to 18 months. In general, the longer the term the higher the rate. You don't want to be too long because that will increase the rate and the carrying costs, but you don't want to be too short because that can introduce (more expensive) penalties. Because things often go wrong during a build, you want to err on the side of too much time rather than too little. And even if you purposefully overestimate the build time (we've been warned by friends that there's "Builder Time" and that there's "Real Time"...), you'll want to fully understand what the penalties are for going over. If you're doing a single-close, you'll also need to figure out the term of the permanent loan.

Because of their higher risk and greater amount of work, construction loans tend to cost more than a mortgage. This applies to interest rates, escrow, title insurance, and appraisals. And then there are additional fees you don't see on a mortgage such as course-of-construction insurance (which may be included in the contractor's bid) and administration and inspection fees.

don't be a dummy

The most excellent "Building Your Own Home for Dummies" book (I own it in both hard and digital forms...) recommends qualifying for as much cash as you can from the bank. For example, if all you expect to need is $150,000, qualify for $200,000 if the bank will "give" it to you. The logic is that if something unexpected happens (for example, the geotechnical coring missed the landfilled part of the lot [happened to a friend...]) and you don't have the cash to cover the added cost, the loan can come to the rescue.

For construction loans, banks tend to want to see a loan-to-value ratio of 80 percent or lower (some as low as 65 percent). In other words, if the total value of your project is $100,000, they won't be inclined to loan you more than $80,000. That other $20,000 needs to be on the table either as existing value (say, the lot) or cash (your money!). From the bank's perspective, the lower this ratio is, the lower the risk. Remember, the bank is fronting you their money and gambling (so to speak) that you will be able to finish the house and move in. If something horrible goes wrong (for example, a nasty divorce over pendants lamps, a builder that goes AWOL, or economic collapse due to alien invasion), the bank would then be in the unenviable position of finishing and selling the property. They want to make sure they can get their money back. Along those lines, they want to see that you have some money in the bank, a great credit rating, a lowish debt-to-income ratio.

quick on the draw

You need to know how the money will be disbursed from the loan. There are a couple major methods: the voucher system and the draw reimbursement system. The voucher system is the old skool way of disbursing funds and is more tightly controlled and requires more paperwork. The voucher says what the bank will pay for what services and, once signed by the subcontractor and verified by the bank, payment is sent and lien liability is removed.

With the draw system the bank disburses funds to you and the general contractor according to a schedule or achieving certain milestones and it becomes the job of you and the GC to pay the subs. The draw system is more efficient time-wise (no chasing down signatures and whatnot), but is more risky to the bank.

where we are at

We talked to the broker we used to finance the lot, and he's steering us away from a single-close loan. The construction loan he's pointing us to is at 6% for a Texan but out of town bank, and then we'd have to find permanent financing once the home is complete. His pitch is that interest rates are unlikely to rise over the next year (we agree with that assessment) and that he'll be able to get into a low-rate loan at the end. But what's up with that 6% when we can get 4.5% at our local bank? That's about $4,000 more in interest over the course of our expected construction loan! I'm not liking the sound of that... At present, we're leaning toward our current bank since the broker seems to be a bust. We can always refinance into a lower rate later even with a single close loan.

Given our financial situation (we're parlaying the financial rewards from our previous house into this one) and complete lack of debt at the moment, our project should be relatively low-risk (and perhaps deserving of a lower rate?): The loan-to-value ratio on our project is less than 50 percent.

Email ThisBlogThis!Share to TwitterShare to FacebookShare to Pinterest
Labels: financing