you have (modern) mail

One of the (very) few things we haven't written about yet is the mailbox (yes, we’ve written about the kitchen sink [and there’s prolly more coming: be forewarned...]). Given the financial troubles the post office is having these days, I’m (seriously) wondering if we’ll really need one in a few years, but I reckon there will still be mail service when we move in. So we need a box. 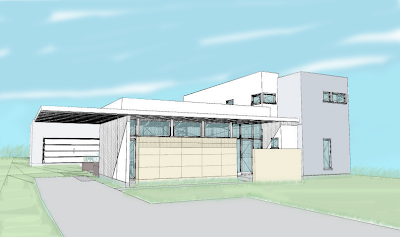 Let’s start our overanalysis with affixing the box to the house. There’s not really a good place to attach a mailbox to the house under the eave. It can’t go on either side of the door (just windows there), and we certainly don’t want it hooked up to the limestone cladding. It could go on the southern wall, but that would mess up the beautifully minimal placement of the doorbell on that wall (and given that we’ve chosen non-poppy colors for the doorbell button, it needs to be by itself). A mailbox could also be fixed to the wall under the window to the powderoom but, again, that seems to be messing with the aesthetics of that window on that wall.

So the Mies Wall, then? This is a real possibility and gives the wall something else to do besides being Miesian (although the wall does provide some privacy, shading from late afternoon sun [and evening headlights], and perhaps a place for address numbers). If the box goes on the Mies Wall, I think it makes sense to put it toward the northern edge of the wall: Don’t make the mailman walk too far and remove it’s visual impact as seen from the entry.

So, if the box is associated with the Mies Wall, should it be an innie or an outie? There are some darn cool outie mailboxes out there (see below), but I’m thinking it makes sense to built the box into the wall if possible. They’re less expensive; however, they will take more time (= money) to install. The innies are nothing special designwise (they are institutionally minimal), but their main asset is that they are built in.

Although plopping a box on a stake is a possibility, most houses in the hood have the boxes fixed to or close to the house: More convenient for mail pickup and reduces the temptation of any retired FBI agents from rummaging through our Lumber Liquidators and Boden catalogs.

So we’ll need to talk to the architect and builder on their thoughts (design and cost, respectively) before making a final decision, but I lean toward a built-in in the Meis Wall.

How about a parade of modern mailboxes? 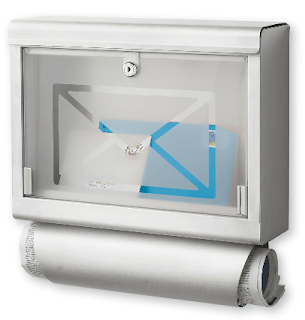 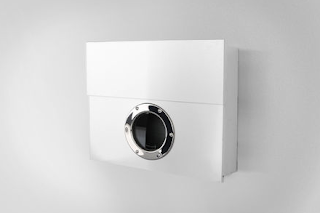 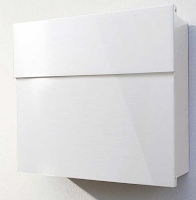 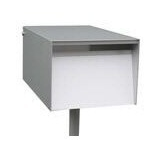 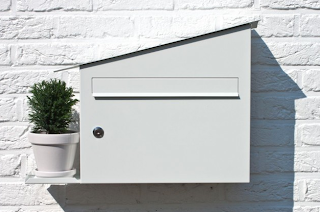 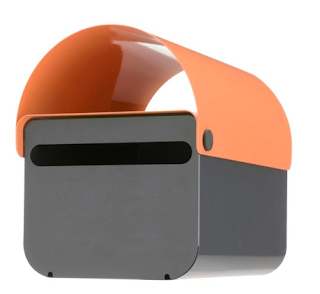 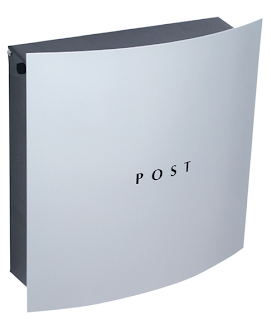 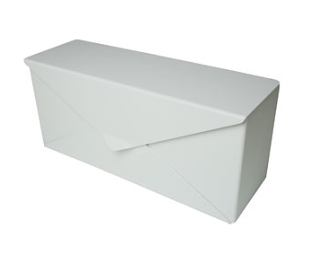 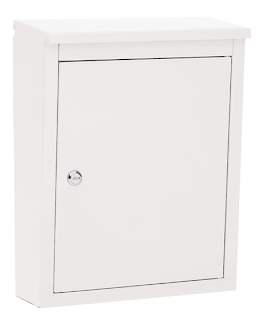 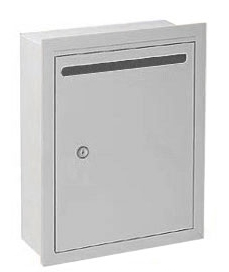 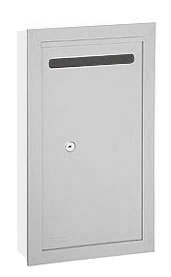