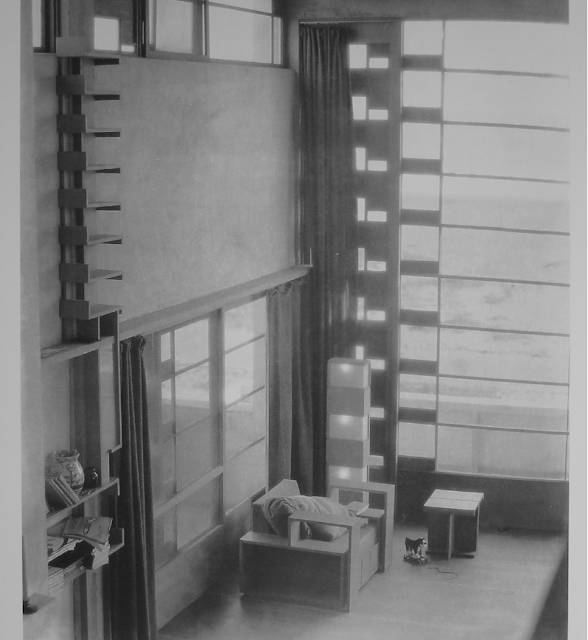 Last October, a side table from the Lovell Beach House circa 1926 designed by Schindler appeared on Ebay. It was pretty beat up and pretty expensive; however, the photos offered a great glimpse into how Schindler built the thing, so I hmmmm'd to myself  "Hmmmm..... that goofy buddy of mine over yonder at Coulbury Design that made me that Eileen Gray table could easily do this." And so I hired him and his missus to do so. They're busy over there, so I told 'em no rush. But now it is done, and it is gorgeous! 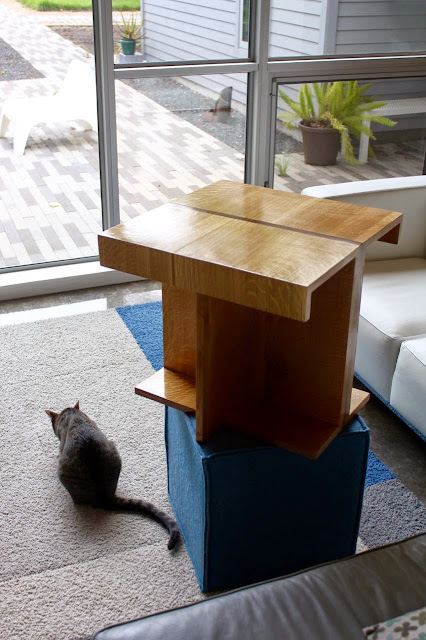 We did do some things differently than the original: we used oak instead of redwood (and wow is it heavy!), and Dan didn't shore it up with steel plates (although I wonder if those bits on the Ebay posting were original to the table). I spec'd it to be clear coated to keep the natural wood tone (Schindler would approve) yet protect the table from drunks. Our only issue is: Where do we put it? I had hoped to place it in the master bedroom, but it turns out that there is too much going on in there for it to look right. We could place it between the guest beds upstairs, but then you can only see two of the six sides (and this is a piece that was designed to be seen from multiple angles). We shall see...

And to Keep Austin Weird, here's the invoice: 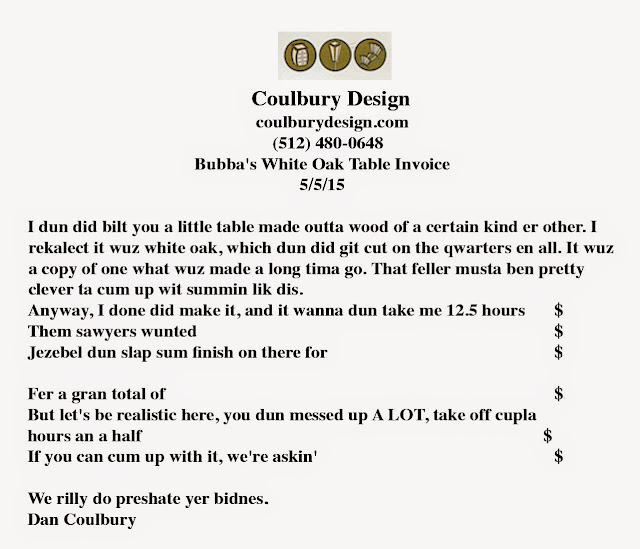 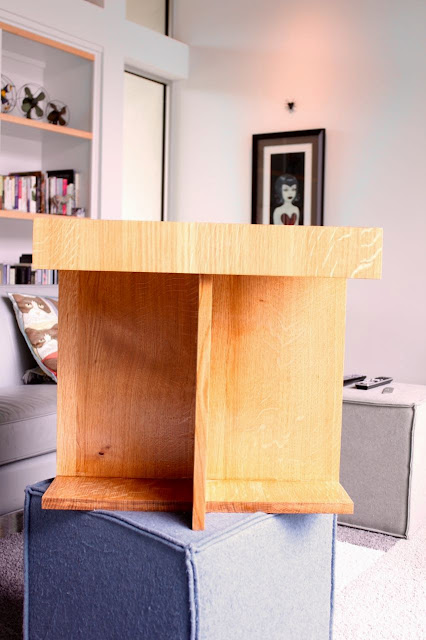 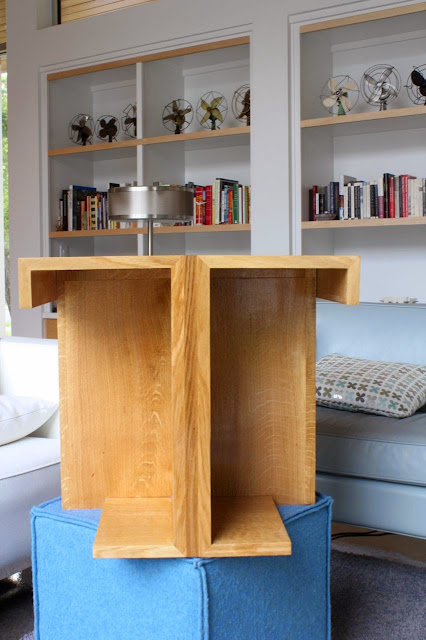 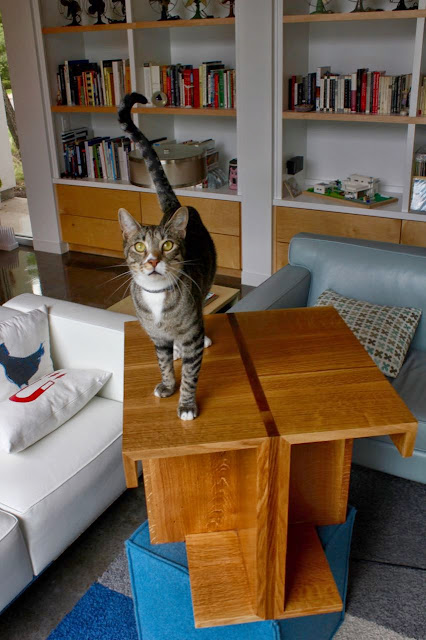