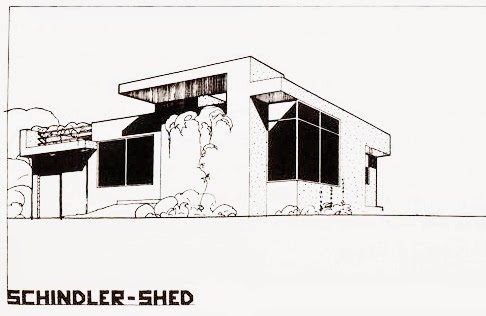 Part of the grand plan is to build a garden shed to (1) house the lawnmower, (2) house the tools of gardening, (3) house an air compressor, and (4) get all this stuff out of the garage. Given how much I enjoyed the deck project and how much I enjoy R.M. Schindler's architecture, building a Schindler-inspired shed would be a good project.

In Schindler's two papers, he describes how he framed his houses to allow for the various cantilevers, clerestory windows, and inside and outside articulation. 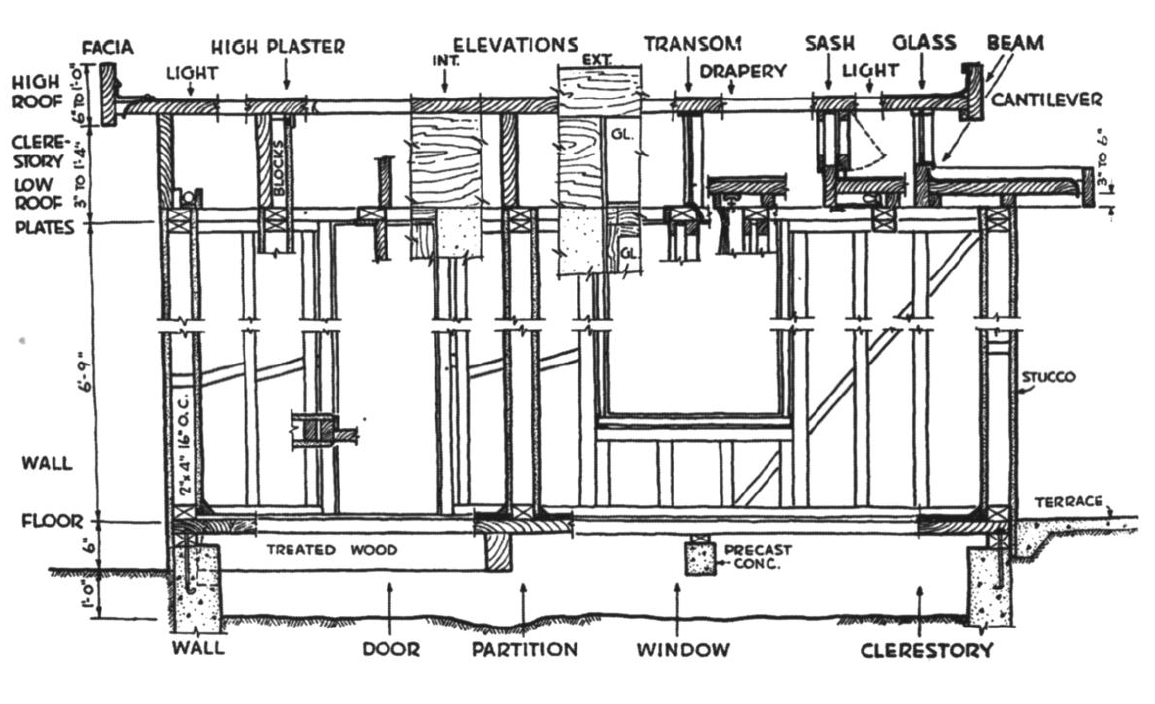 The reenactment paper is about an architectural class building a Schindler-inspired structure ("Rudi's Cabana") based on the Schindler Frame: 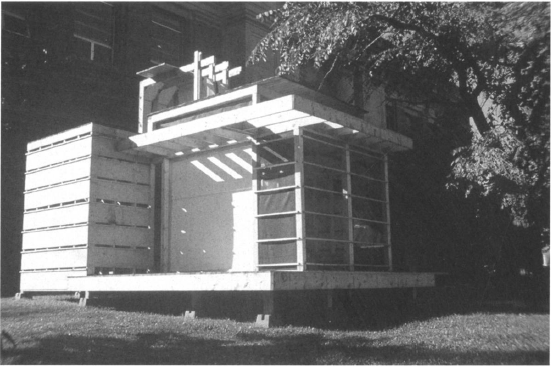 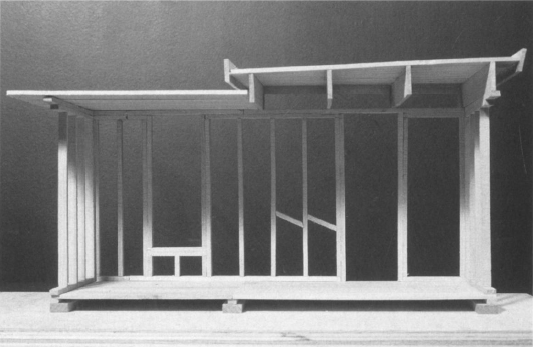 test model of the Schindler Frame 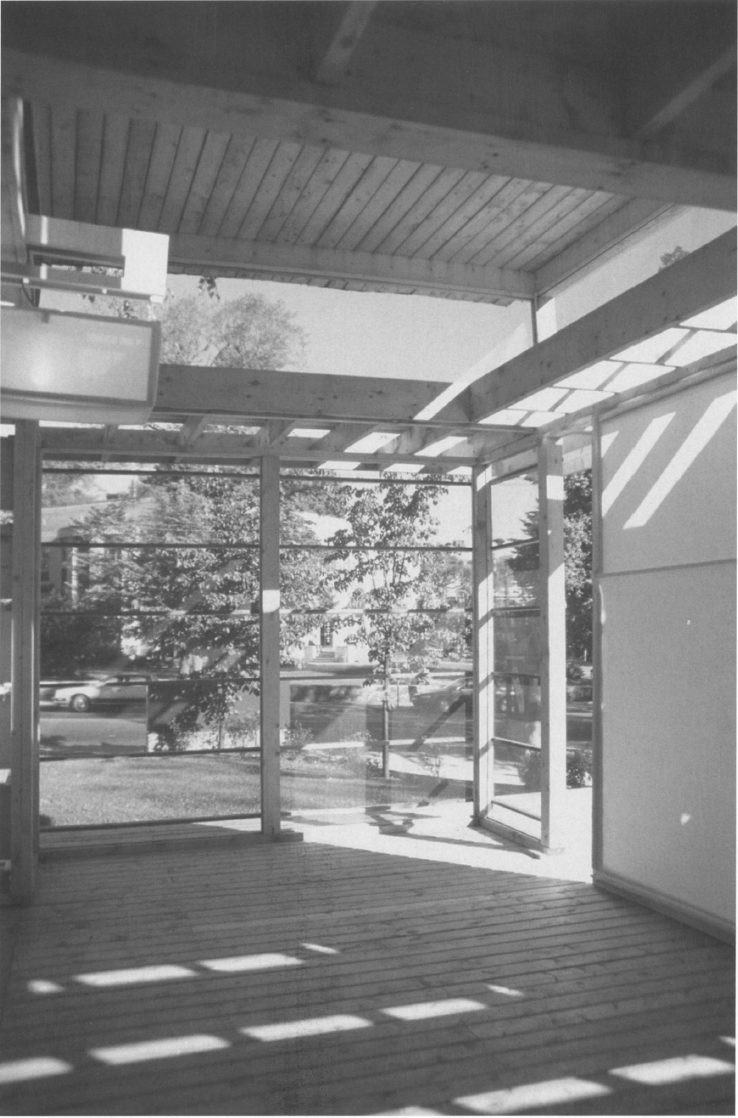 And Wallet's posts are about unraveling the secrets of Schindler's framing techniques.

What I've gained from these resources as well as others is this: Schindler's framing method is architectural jazz: it allows a great deal of improvisation as the space comes together, especially with respect to the ceiling.

We don't need anything too fancy for a shed, but I like the idea of clerestory windows. And the shed won't be that large, maybe 4 feet by 8 to 10 feet, which doesn't give too much room for architectural fanciness.

Let the Schindler sheddiness begin!
Posted by bubba of the bubbles at 9:56 PM