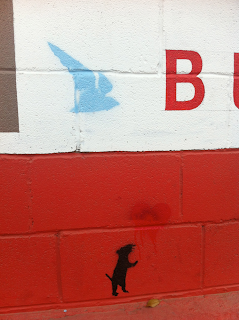 Spoke with Architect 2D today. He and the Usonian Expert are hard at work on the construction documents. He said we're two weeks out from being 95 percent complete on the documents and that would be a good time to reconnect with the builder to get a firmer cost estimate on the build. He also said that they would soon be sending the lighting and electric plan over to us for review. I asked how that would work (thinking specifically about pendants v. ceiling huggers), and he said that they would make some recommendations in some places and that other places would be completely left up to us.

I asked about the height of the ceiling in the living-dining area (thinking pendants). Sounds like it's still up in the air. They originally had 8-foot tall ceilings in the two-story volume of the house with 10-foot tall ceilings in the living-dining and master bedroom parts of the house. However, the bride was concerned about 8 footers in the kitchen (she needs a lot of head room...), so the first floor in the second-story volume got bumped up to 9 feet. I don't think the architects like that because a two-foot elevation change creates more drama (wow!) versus a one-foot change (yawn.). He also mentioned that they're having an issue with creating a place for duct work in the living-dining space with the one foot change in elevation (I can see that there's no issue if the ceiling height is the same, but I don't see why  a 1-foot change in elevation is any different than a 2-foot change in elevation.). He suggested dropping the entire ceiling to 9 feet throughout the house. I suggested bumping the 10 footers up to 11 (our previous house had 11; we feel more at home with tall ceilings). They're going to continue to work on it. One thing he revealed is that they want to have wood ceilings in the living-dining area that extend to the outside, presumably on both sides of the room (there are windows all around!). That's supercool, especially since I figured that was out of our price range!

Architect 2d also asked about having exposed ductwork in the living-dining space (to deal with the ceiling height issue). I said I was fine with that but that the bride was not keen on exposed ductwork (I've learned that if I want the architects to do something, I tell them the bride wants or doesn't want it. They're afraid of her. Although, truth be told, I'm too honest to manipulate them that way. And for the record, she is truly not a fan of exposed ductwork. No, really! She's wise with her words. She doesn't say much, so when she does, people listen. I on the other hand...)

The real purpose of the call was to close the loops on rigid foam on the outside of the house and synthetic versus painted stucco. I told him what I had found out and that I was going to leave it up to him. Unexpectedly, he's into doing it, I think for aesthetic as well as thermal bridging reasons (but I'm thinking more the former). I asked him why he was doing it on the other house he was working on, and he said it was because his clients, from Houston, insisted, claiming that most homes in Houston now do this (really?). I pleaded cost, but he thought it would run only $3,600 instead of the 10 to 12K I was thinking. So we're going to design the foam in. He said it'll be easy to take off if we need to carve 4 grand off the cost. 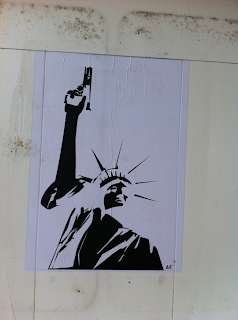 As far as stucco is concerned, he and the builder haven't talked about it yet. He said the discussion can wait till later when we're all in the room together (Stucco Deathmatch!). Prolly something I need to read up on.

The bride is in Florida (Sanford of all places...) on a job (She has a knack for being in places where awful things happen. For example, she was in the hotel the night the Craig's list killer attacked his last victim.) I talked to her last night after her 10th 12-hour day in a row about bathroom fixtures and she fell asleep on the phone (What? Bathroom fixtures aren't exciting enough?). Hopefully she's earning enough overtime so we can afford a nice bathtub!
Posted by bubba of the bubbles at 8:42 PM