What is Modern 10. Rules are meant to be broken 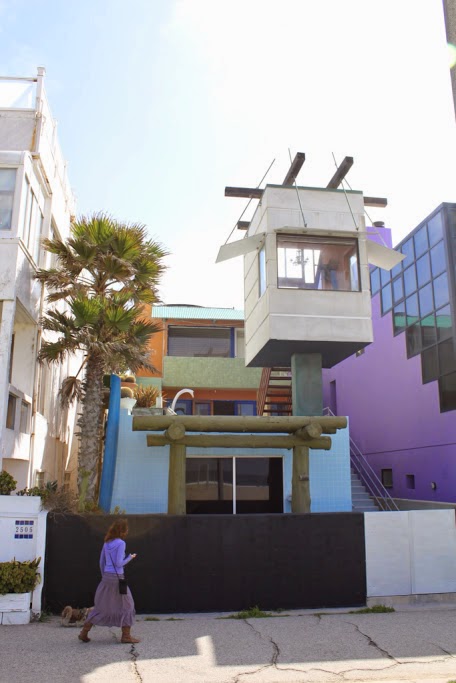 Rules schmules! Modernism was born during a time of manifestos and the pursuit of "purity", much of it ultimately ridiculous (pilotis, anyone?). In the grand scheme of things, architectural style is not life and death (except, you know, the engineering side of things). Even the "masters" moved away from their manifestos, because manifestos long in the tooth kill creativity. When everyone is doing everything the same, where is the art? Modernism was born from a rebellion against the old ways, so it was only a matter of time before the rebels rebelled against the rebellion (which led to regionalism and, sadly, post-Modernism...).

But breaking rules doesn't necessarily mean throwing all the rules out the floor-to-ceiling window. A building can still be Modern (or at least Modernistic) with tasteful steps away from the playbook.

Lack of Ornamentation: Mies van der Rohe upset the purists by including non-functional I-beams as mullions on the outside of his buildings. He included them because he felt the buildings didn't look right without them. Nevertheless, they are still considered Modern masterpieces. 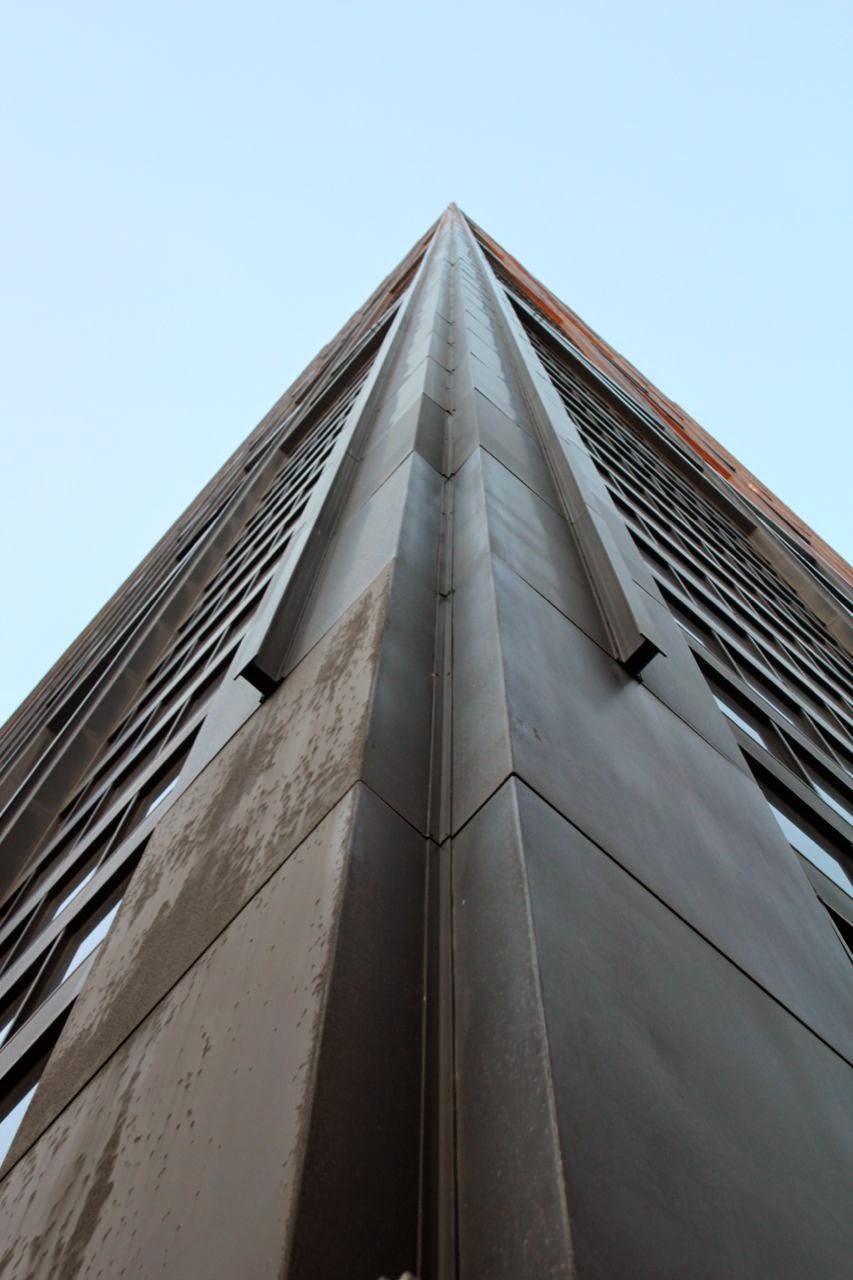 Form follows function: This commandment, a rebellion against force-feeding function into a predetermined symmetrical design, generally leads to volumetric asymmetry. However, the key building designed by the godfather of perfected Modern, Le Corbusier, force fed function of his most important house, Villa Savoye, into a symmetrical facade (symmetrical from all four sides!). 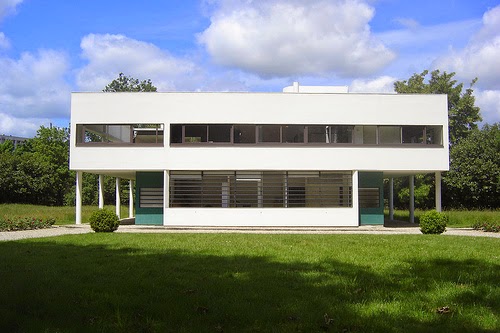 "Damn the function: Full symmetry ahead!"

Honesty in materials and design: All of architecture is a lie to a certain degree, so it's easy to fib here. The aforementioned Villa Savoye is made of brick with a plaster overlay to achieve the machine aesthetic. How honest is that?

Embracing the environment: My favorite contemporary architecture comes from the urban infill houses of Japan. These houses turn their backs on an admittedly unwelcome environment look inward. These houses stay at home and watch Netflix on Friday night. 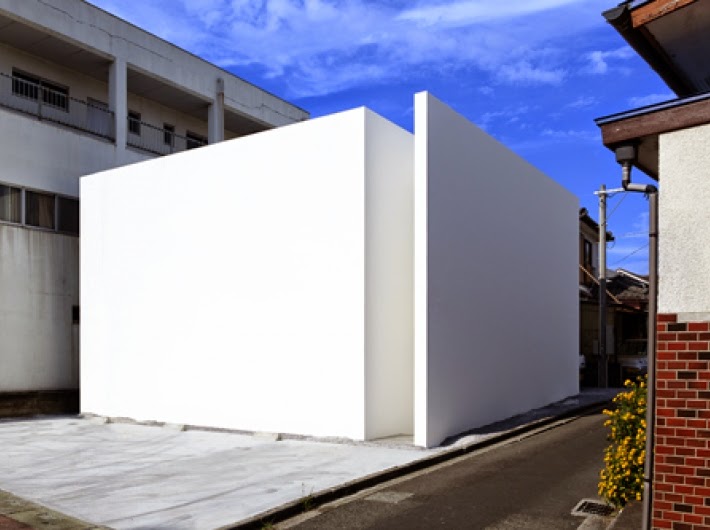 A place for everything and everything in its place: One can (such as we have) include ephemera in a Modern house. 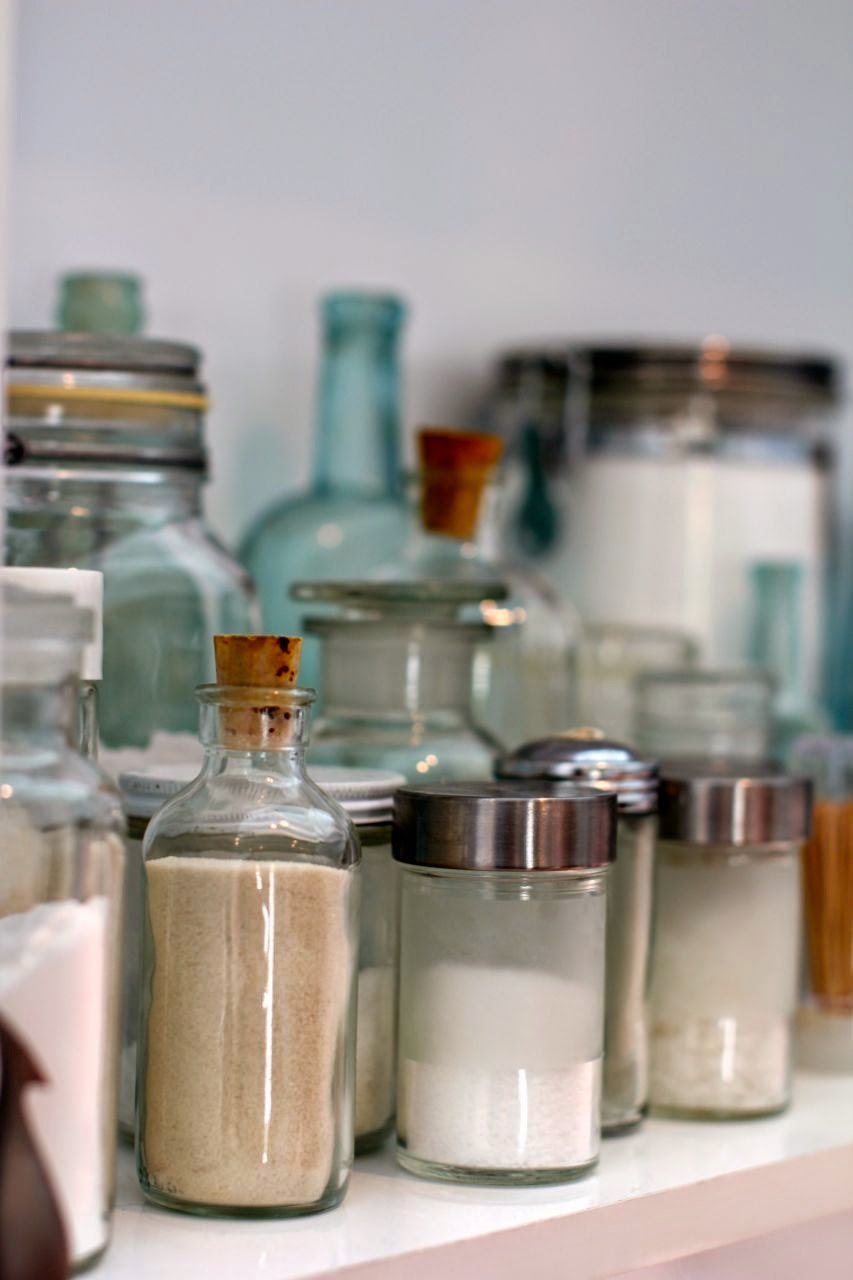 A focus on the human condition: Sometimes you have to compromise for the architecture...

Use of the machine aesthetic: Modern can be warm yet still "look" Modern.

Although we have a preference for "classic" Modern, it's your house. Do what floats your boat! 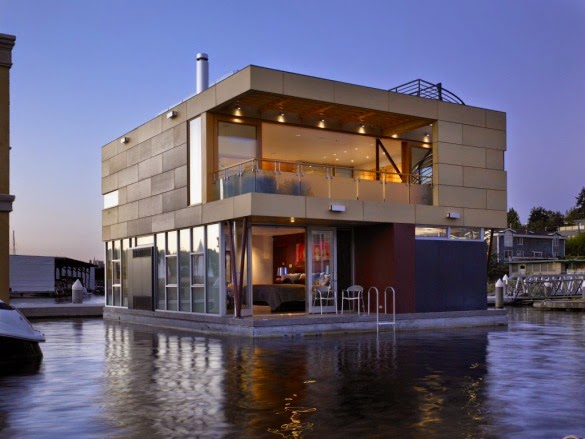