I've written about what it costs to build in the past and how much more it costs here in Austin now that bust quickly turned to boom, but here's a neat update from the neat folks at BUILD LLC in Seattle. I know, I know: Austin ain't Seattle. But I've found that what BUILD had said about building costs associated with their level of Modern (which is one to two steps better than our build) seems to apply here as well.

It's kinda neat BUILD stuck that perfection cost in there, because I reckon that all clients (especially newbies) expect flawless perfection regardless of the price point of their project. I'm paying a lot of money for this house, right? I know that it was hard to see imperfections in our project as it progressed. I had to keep incanting to myself "Entry-level Modern. Entry-level Modern." If you're building Modern, your price point and how it fits in the spectrum of flawless perfection is something to keep in mind... 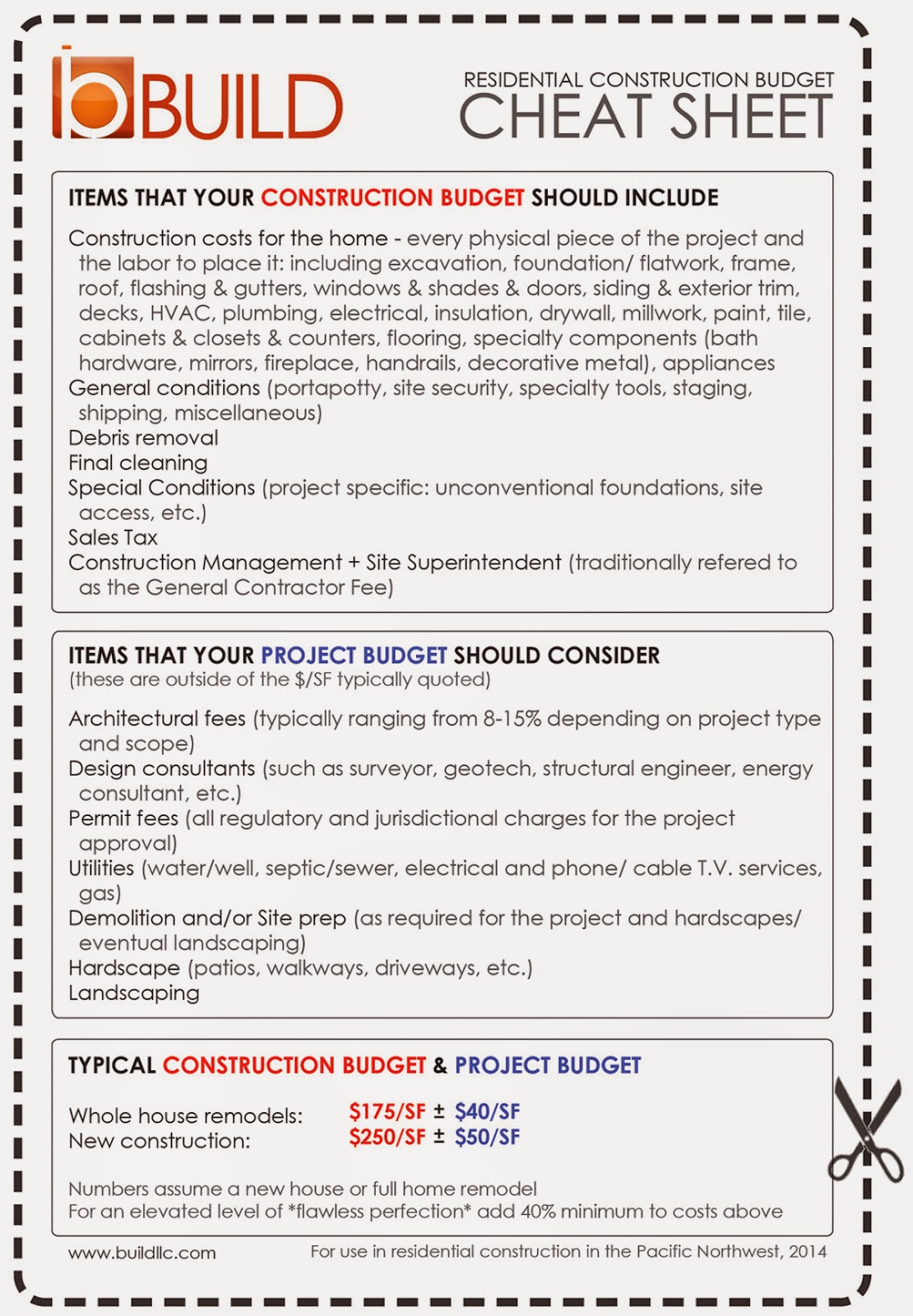 Yapped with a friend last night who lives in the greater Austin area about an addition to their 1980s ranch-style home. Several years ago the project was priced at $150 a square foot. They delayed the project when a new baby surprised them, but are now back on track to build. The cost for the same addition now? $200 a square foot.

The good folks and BUILD LLC wrote a post about the "iPhone syndrome", the expectation of perfection in the building trade. They note that going from 90 percent perfect to 95 percent perfect adds 30 percent to the cost of construction and that going to 99 percent perfect doubles the cost! They also note that the modern houses you see in national magazines (often the 99ers) start at about $800 a square foot.