giant piles of vomit in the front yard 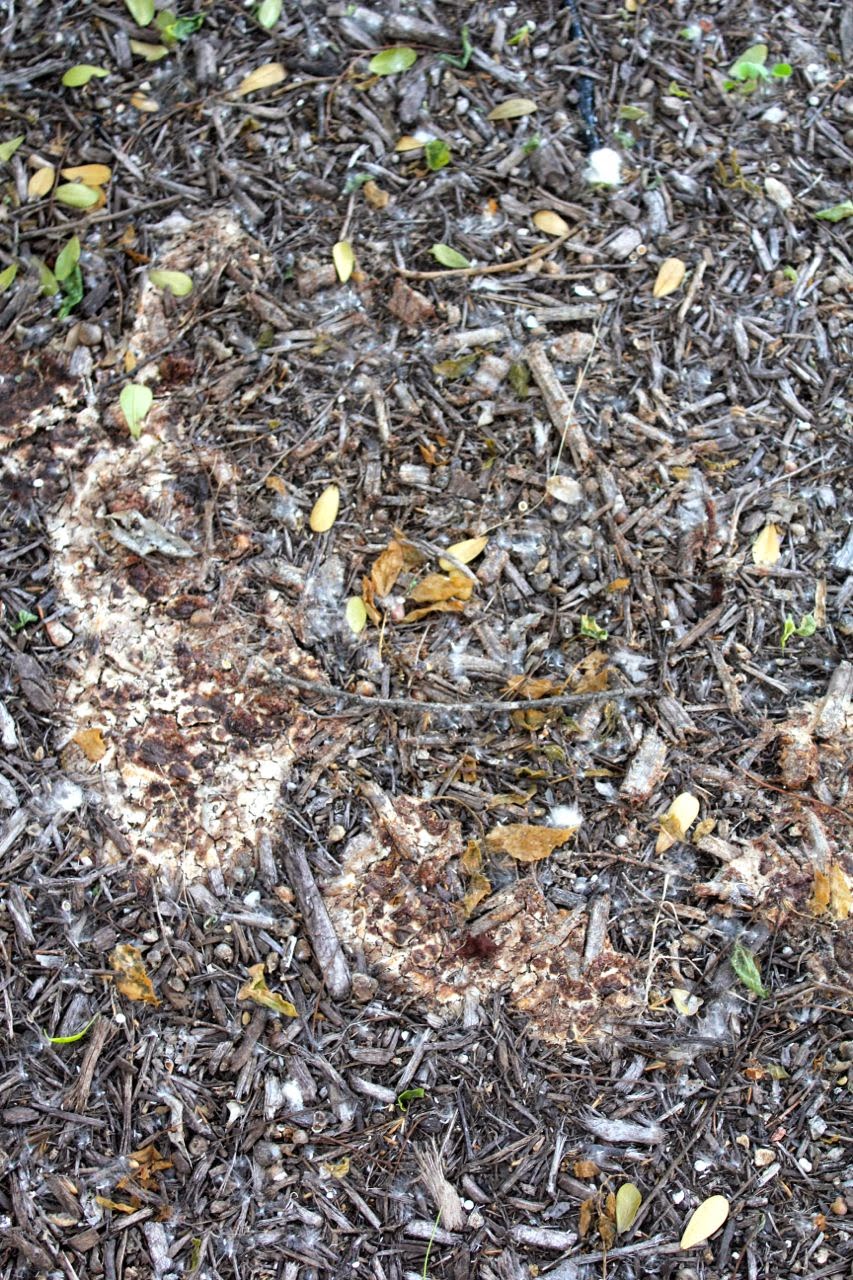 The Monday after we hosted the neighbors, I found, on the other side of the Mies wall, what appeared to be a good sized pile of vomit (the several-weeks-afterwards vestige shown above). "Honey!" I honeyed, "One of the neighbors snuffed a luff-a-gus in the front yard!!!" The vomitus had a reddish hue, the telltale sign of too much red wine and cubist white cake. "Must of been one of those people on Greenlawn," sniffed the bride, carefully inspecting the splatter zone for bits of carrot.

You read that right... 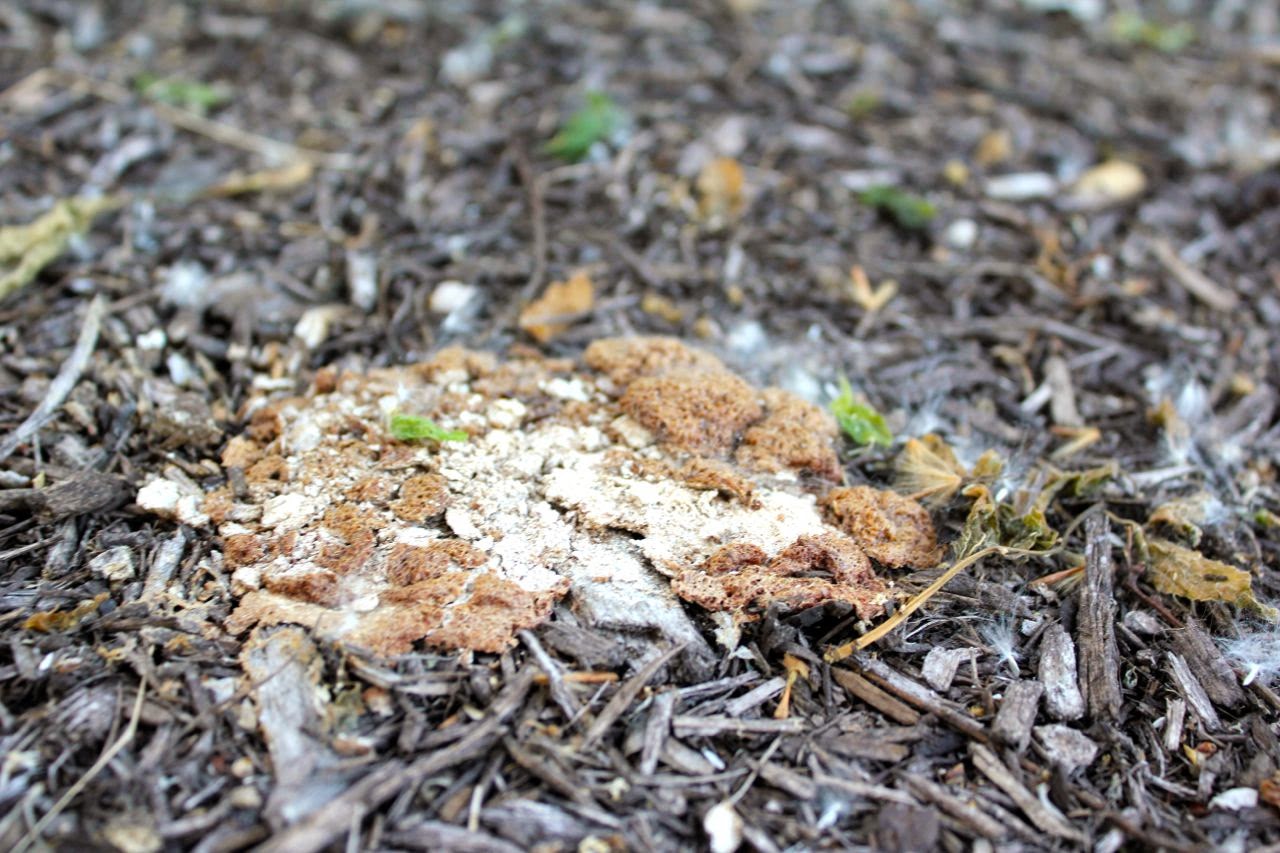 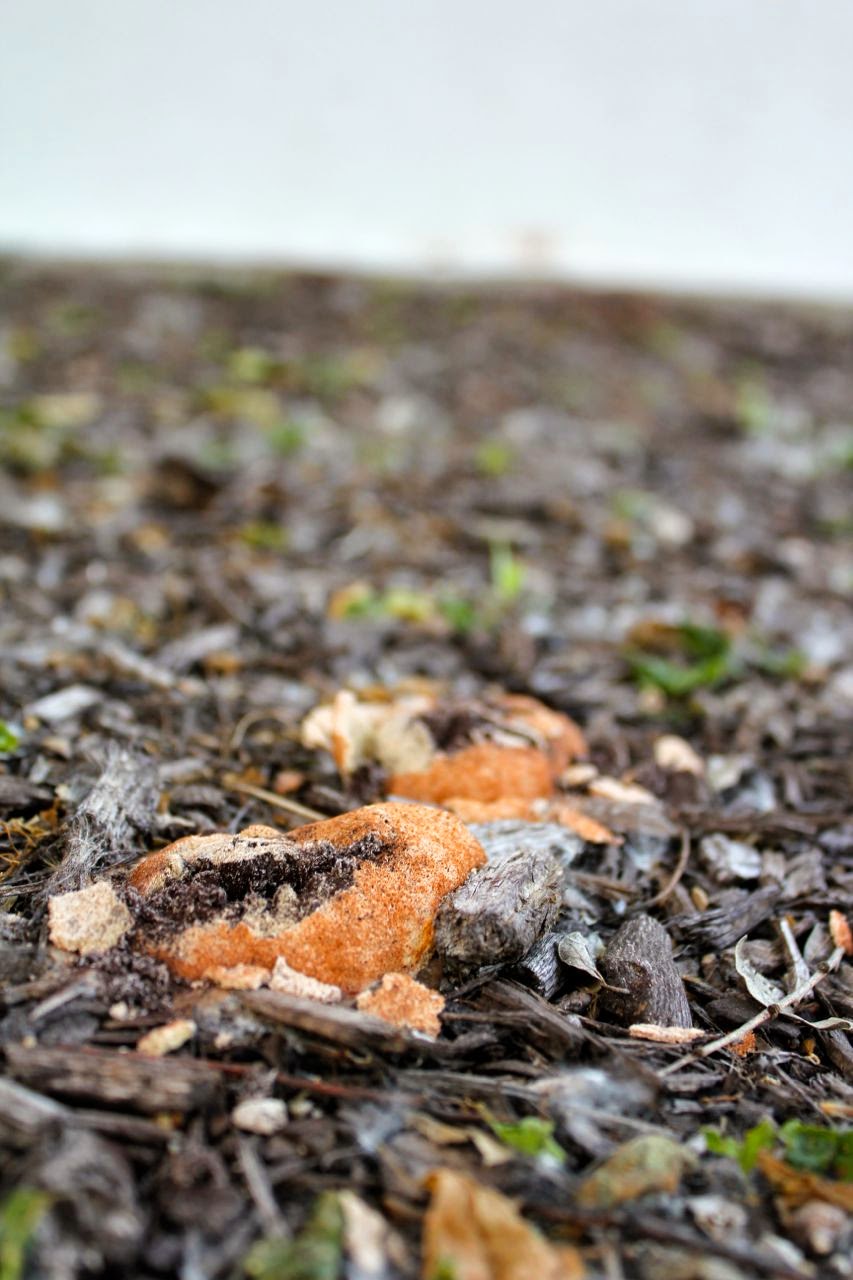 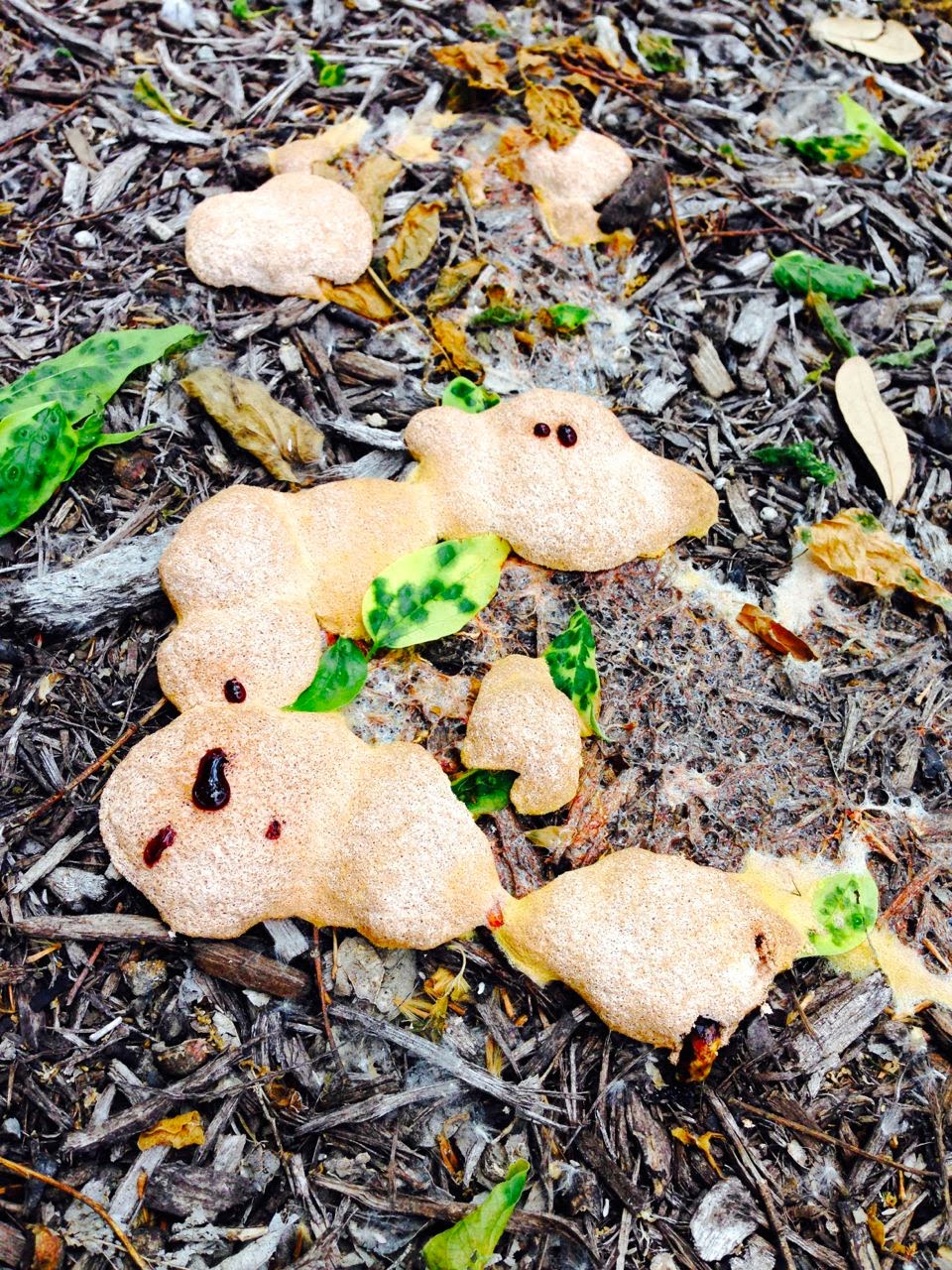 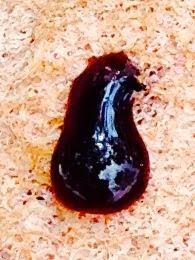 As it turns out, there is fungus among us. More specifically, slime mold, and it ain't all that uncommon round these parts, especially on hardwood mulch. The yellow stuff is known informally as Scrambled Egg Slime Mold (it's called "Caca de Luna" by folks in Veracruz [who fry and eat the stuff!]). The creepy-as-holy-hell mold that bleeds is called Bleeding Tooth (how lovely...). No one eats that stuff (although I bet it's like biting into a jelly donut). These little rascals are harmless and only last for a few weeks (although in their desiccated state they emit spores to live another day). 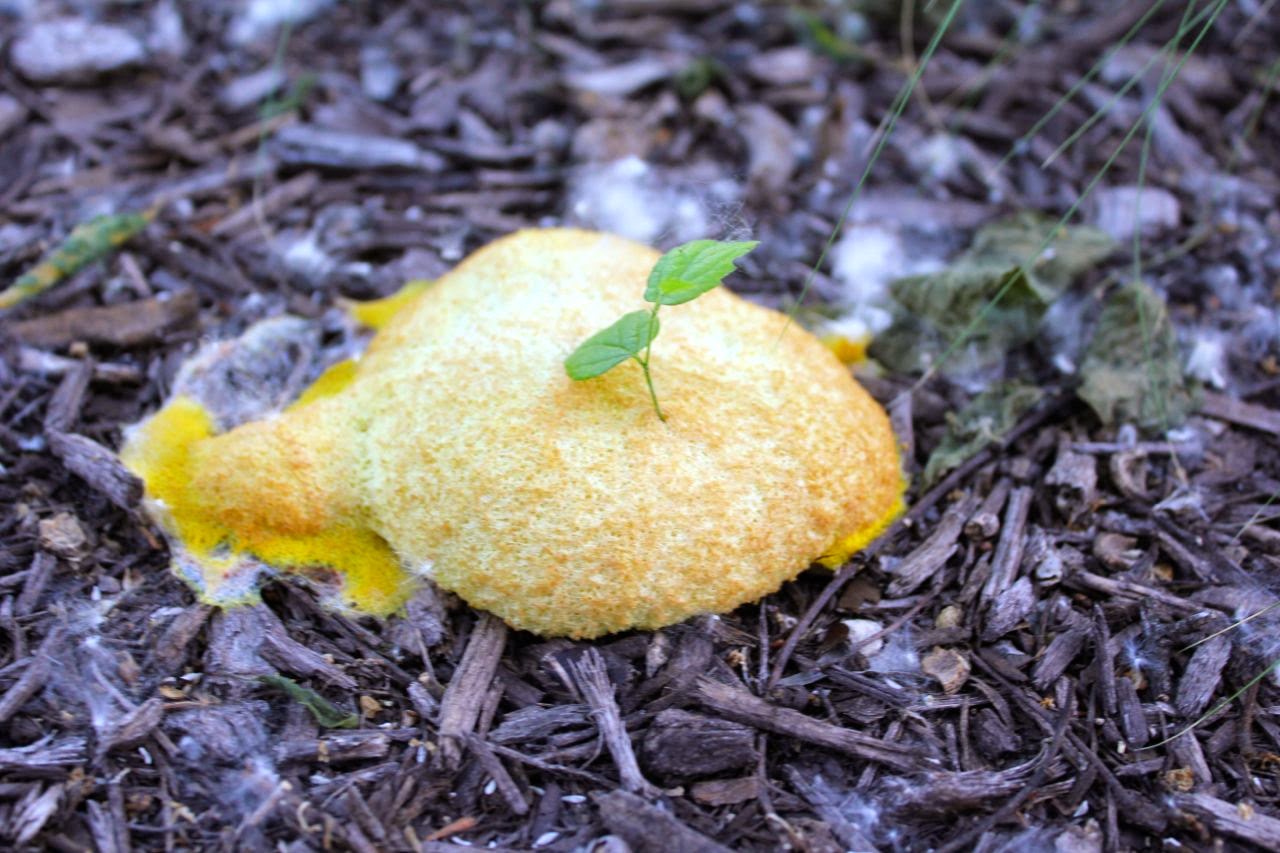 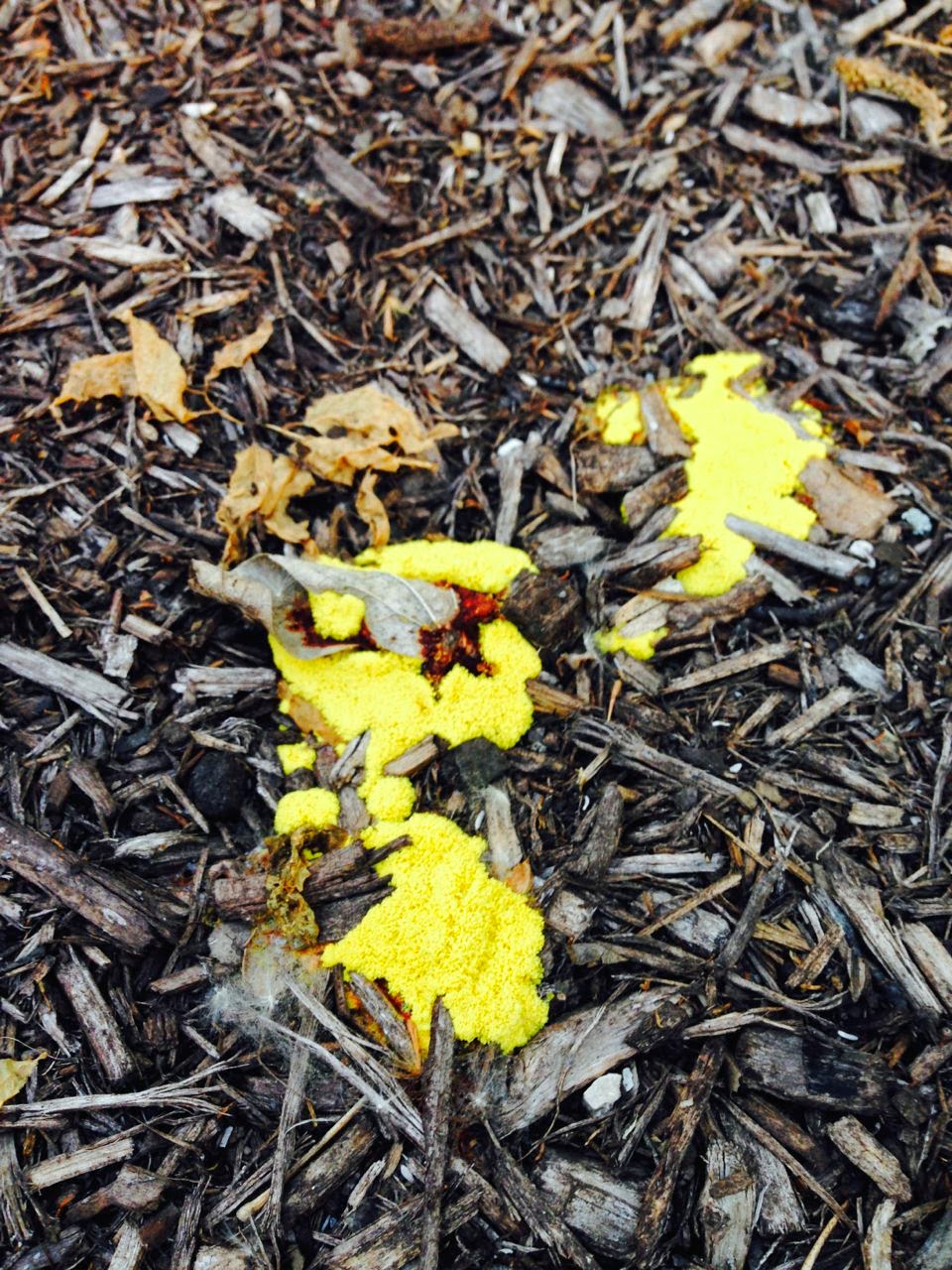 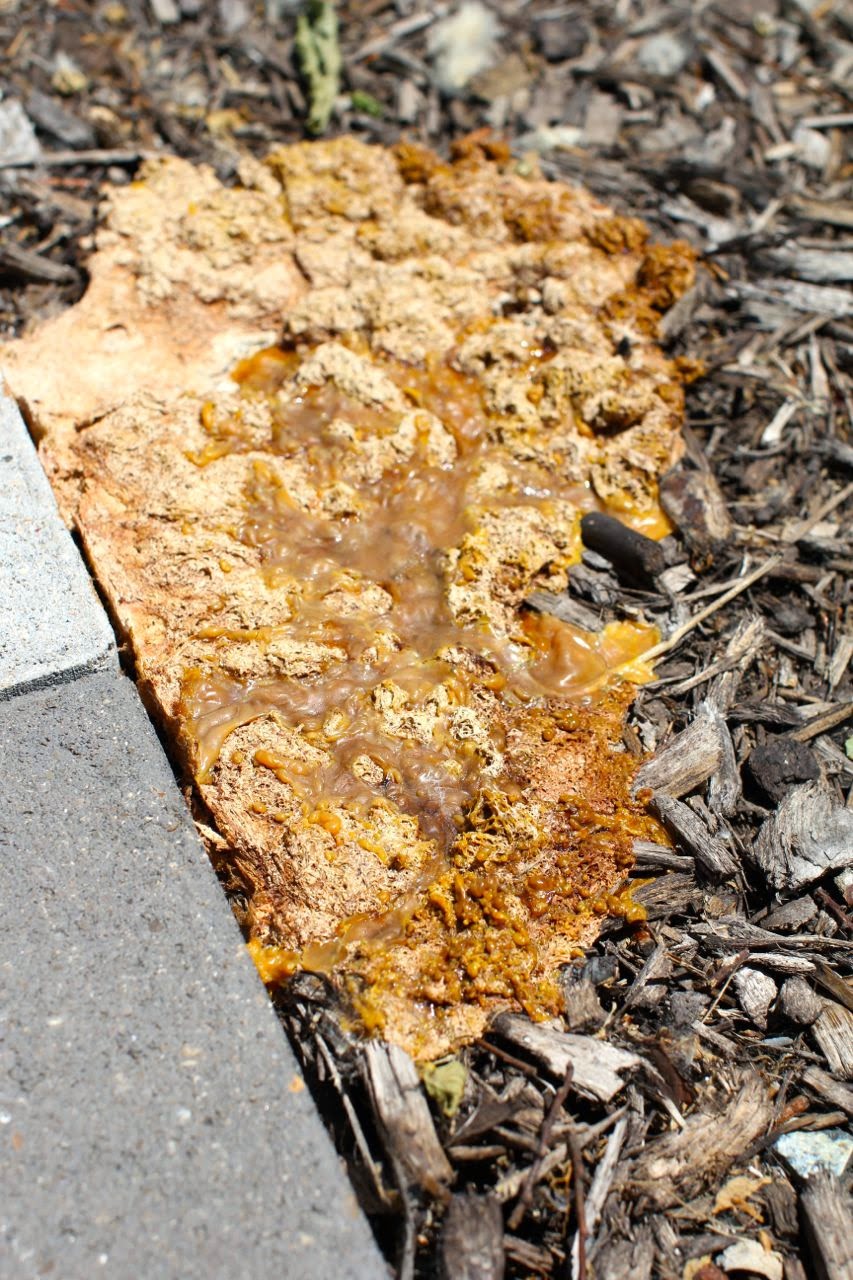 Posted by bubba of the bubbles at 9:02 PM