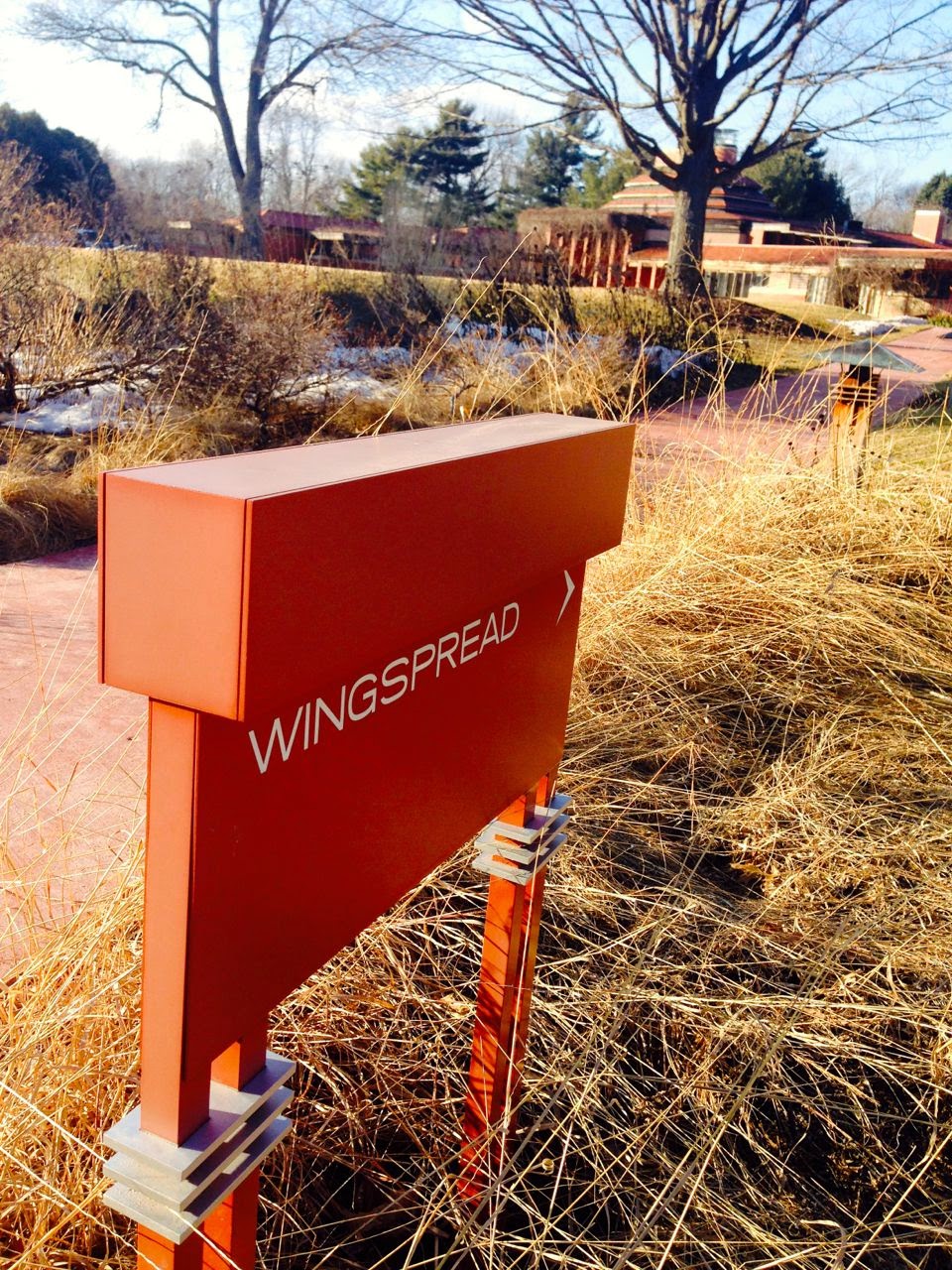 So somehow I found myself back at Wingspread, this time for discussions on distributed water infrastructure. Absolutely fascinating collection of people, including an engineer from Kohler who helped design our shower head (no joke!) and an architect from New Orleans focused on the future of the Big Easy's complicated relationship with water.

As it so happened, as I was driving to the airport that morning, I was thinking about our showerhead. It is a remarkable thing. Our previous showerhead literally spat at us, from a single emitter, 1.5 gallons per minute. It hurt. Our Kohler emits two gallons per minute. Yet the performance difference between the two is like that between a dry arroyo and Niagara Falls.

I asked the Kohler engineer about that. He said that they worked for two years to design that shower head. It pulls in air to mix with the water to make it seem like much greater flow. The flow seems so much greater that I’m still not sure I believe it. Stay tuned for a future bucket test...

The architect was a hoot to hang out with. We caught each other taking pictures and picking over the house before a formal tour of the interior. Last trip I brought my camera but didn’t have a tripod for night photos. This time I brought a tripod but LEFT. THE. DAMN. CAMERA. AT. HOME. (The Bride: “It’s really sad. Your camera is just sitting right here.”)

Nevertheless, armed with an iphone and great sadness, I photo-documented the house. With daylight savings in place and a bright sky, I was still able to take some good photos. With this being my second trip, I was able to more readily savor the details of the house.

One goal I had was to see the house from the orginal driveway. Frank was keen on how the house would be seen and experienced on the approach. The current drive approaches the rear of the house, which seemed odd to me the first time I visited. It was only after the first trip that I read about the original driveway and approach. With an extra hour to spare, I hiked down a fairly decrepit road/trail and found what was left of the front drive (which earned me a bonus visit from security). It was, as expected, a fantastic view. Wright knew what he was doing when he presented his houses to visitors. 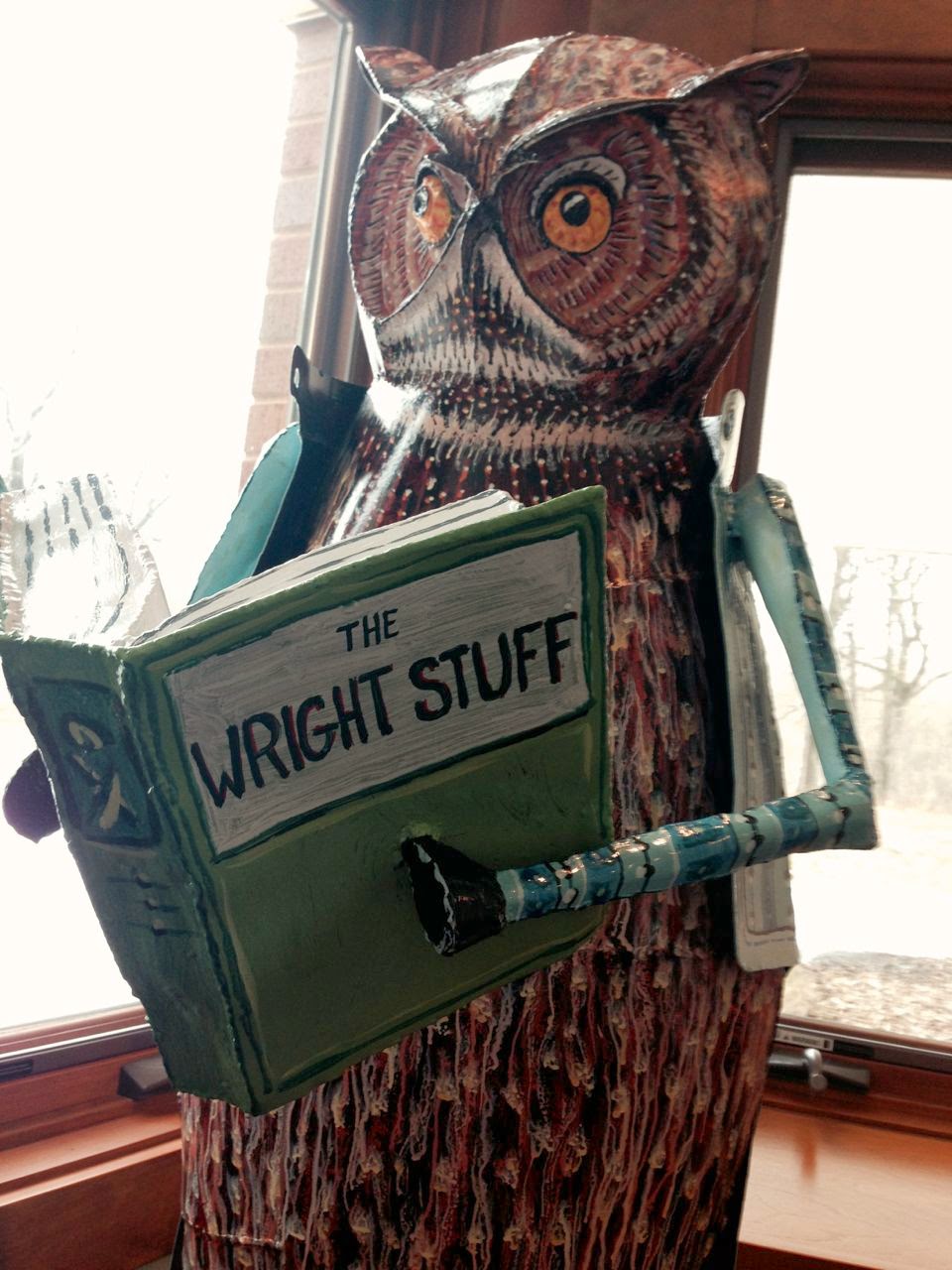 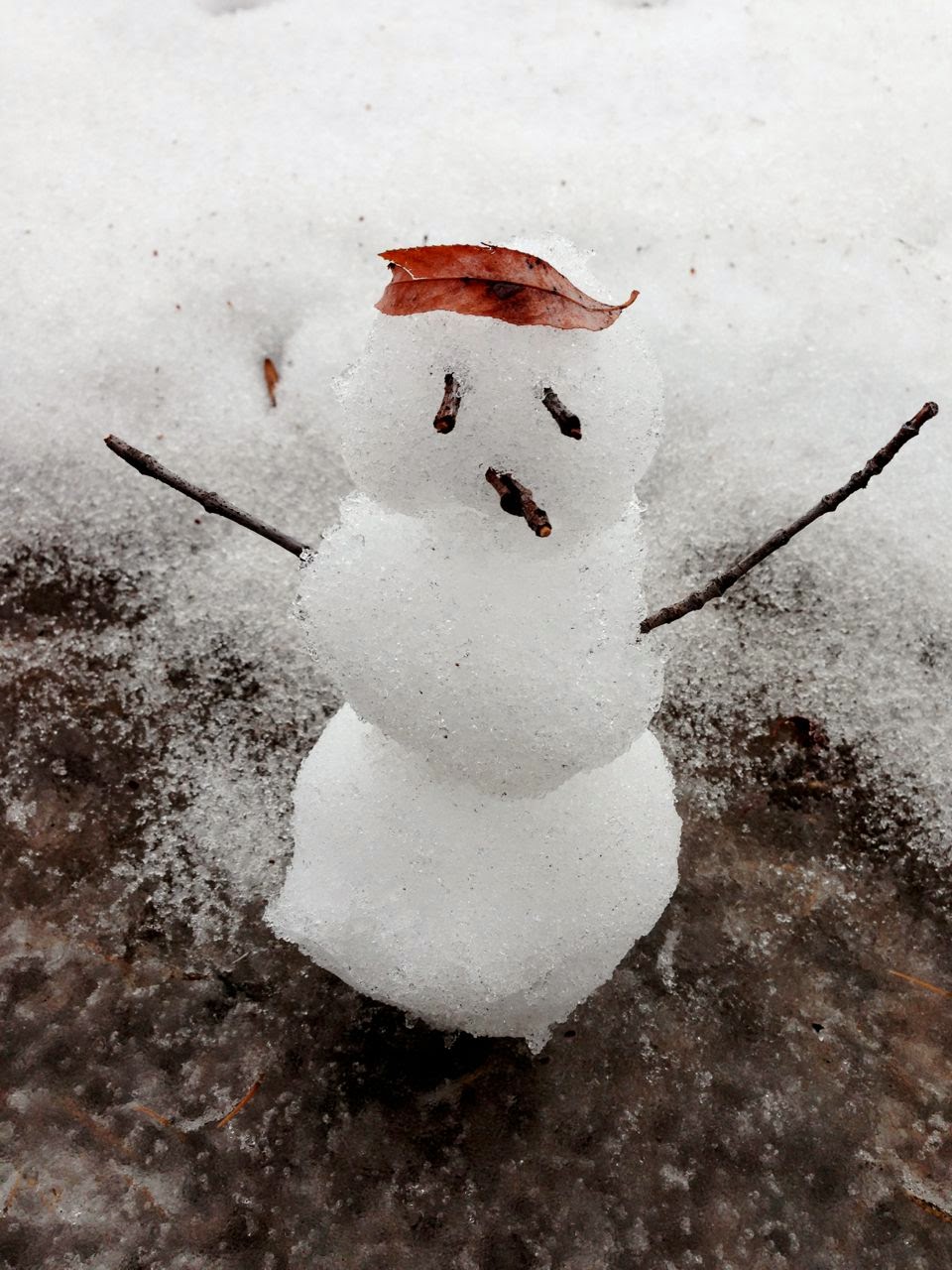 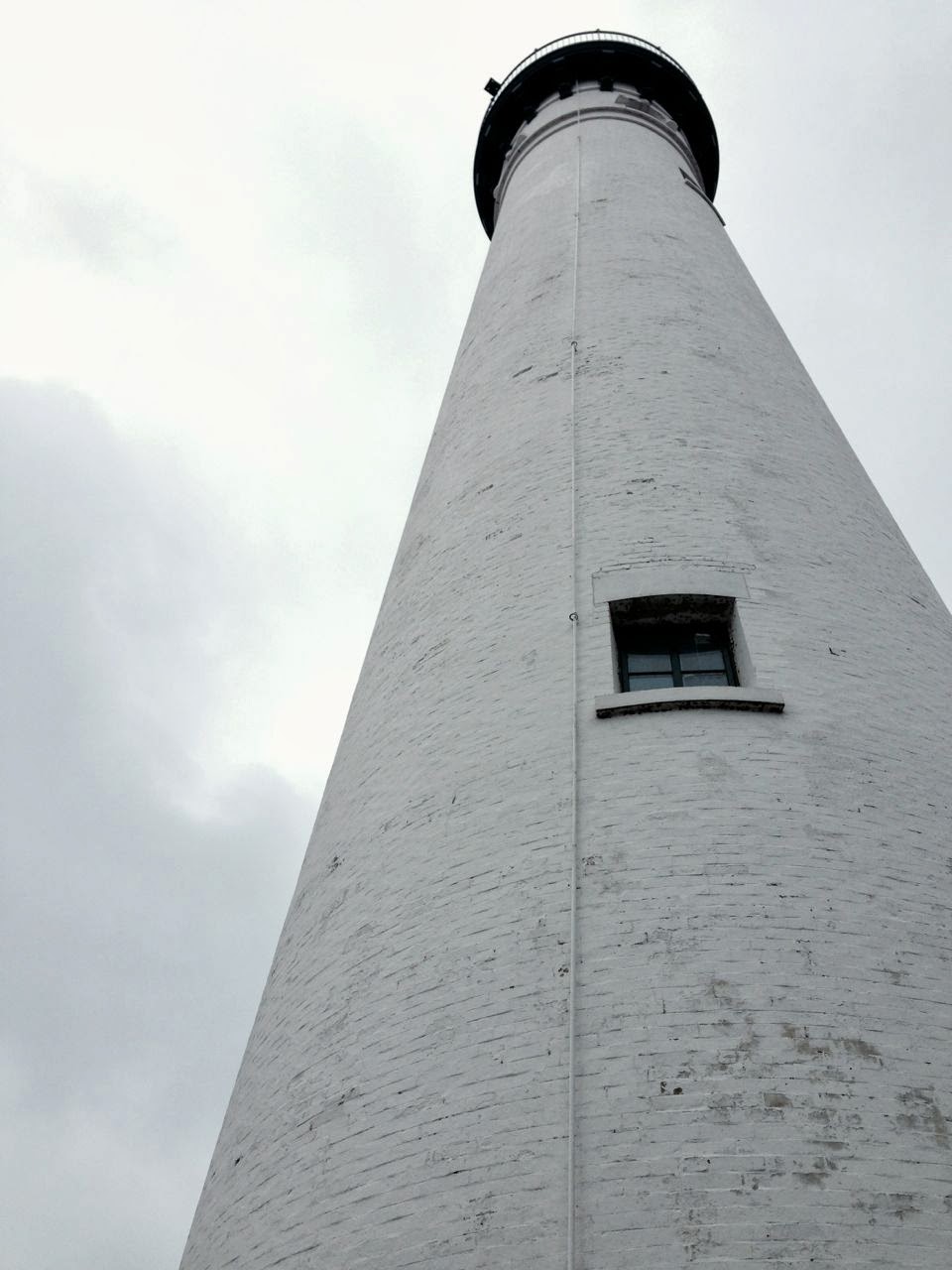 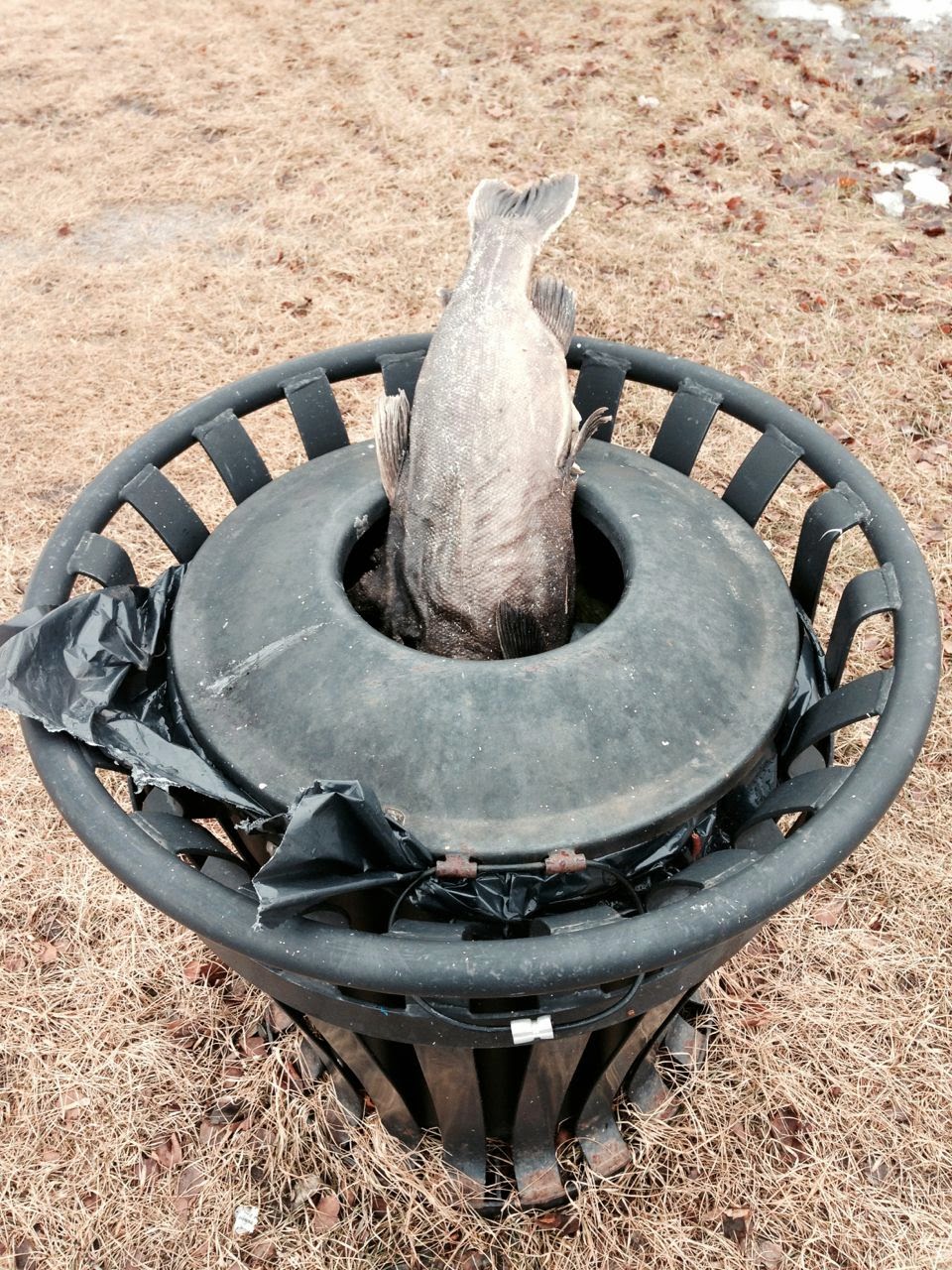 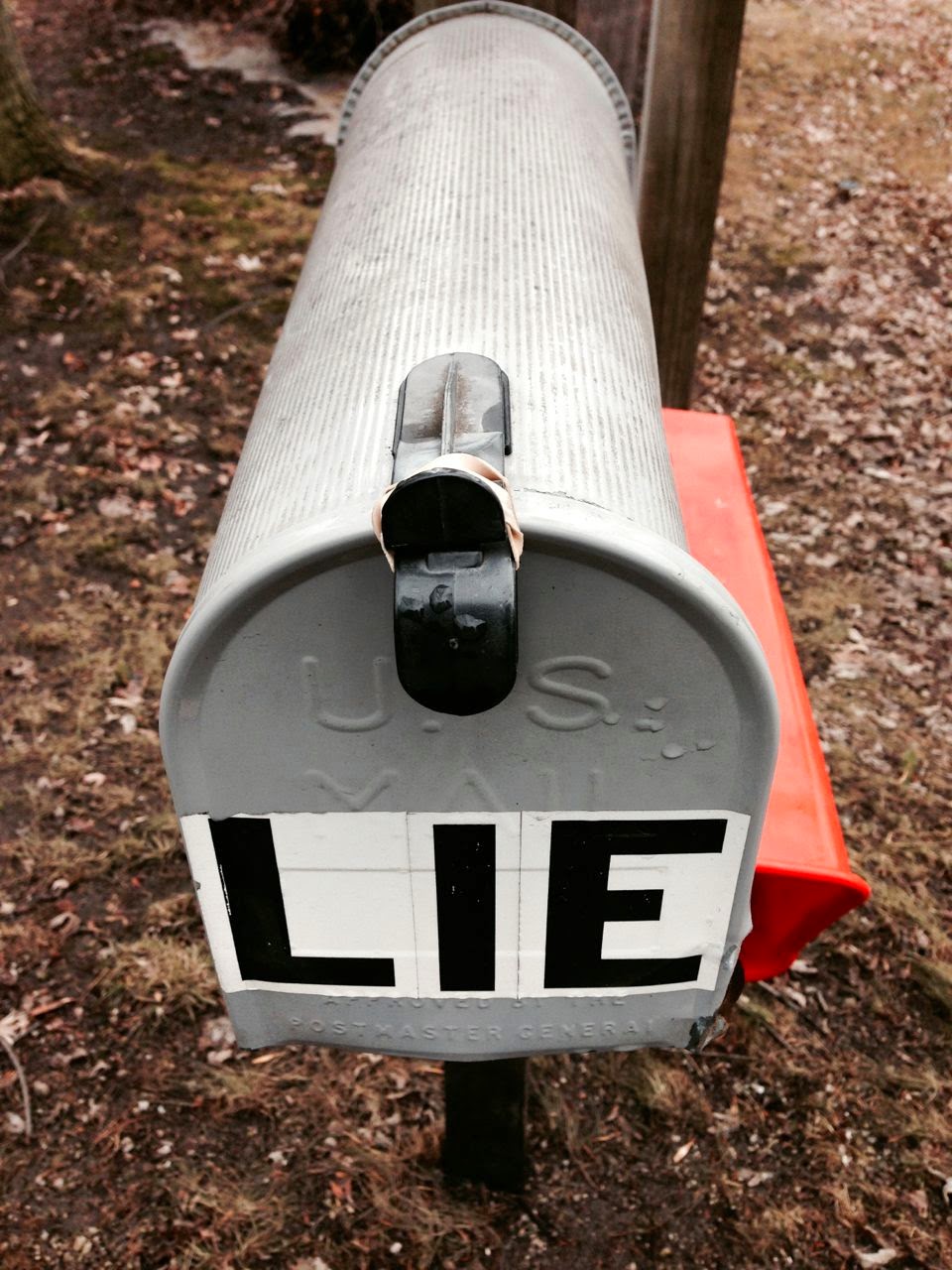 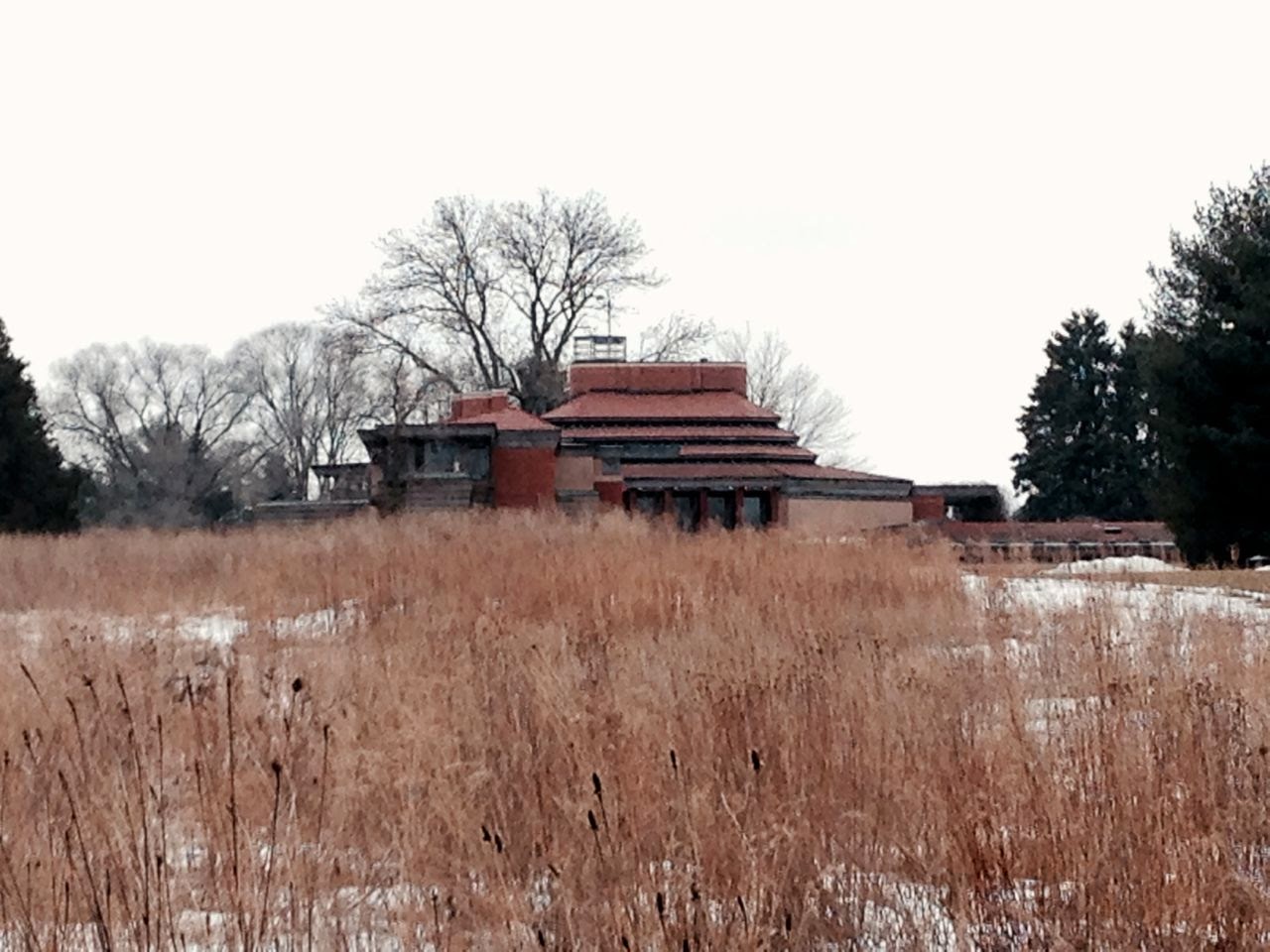 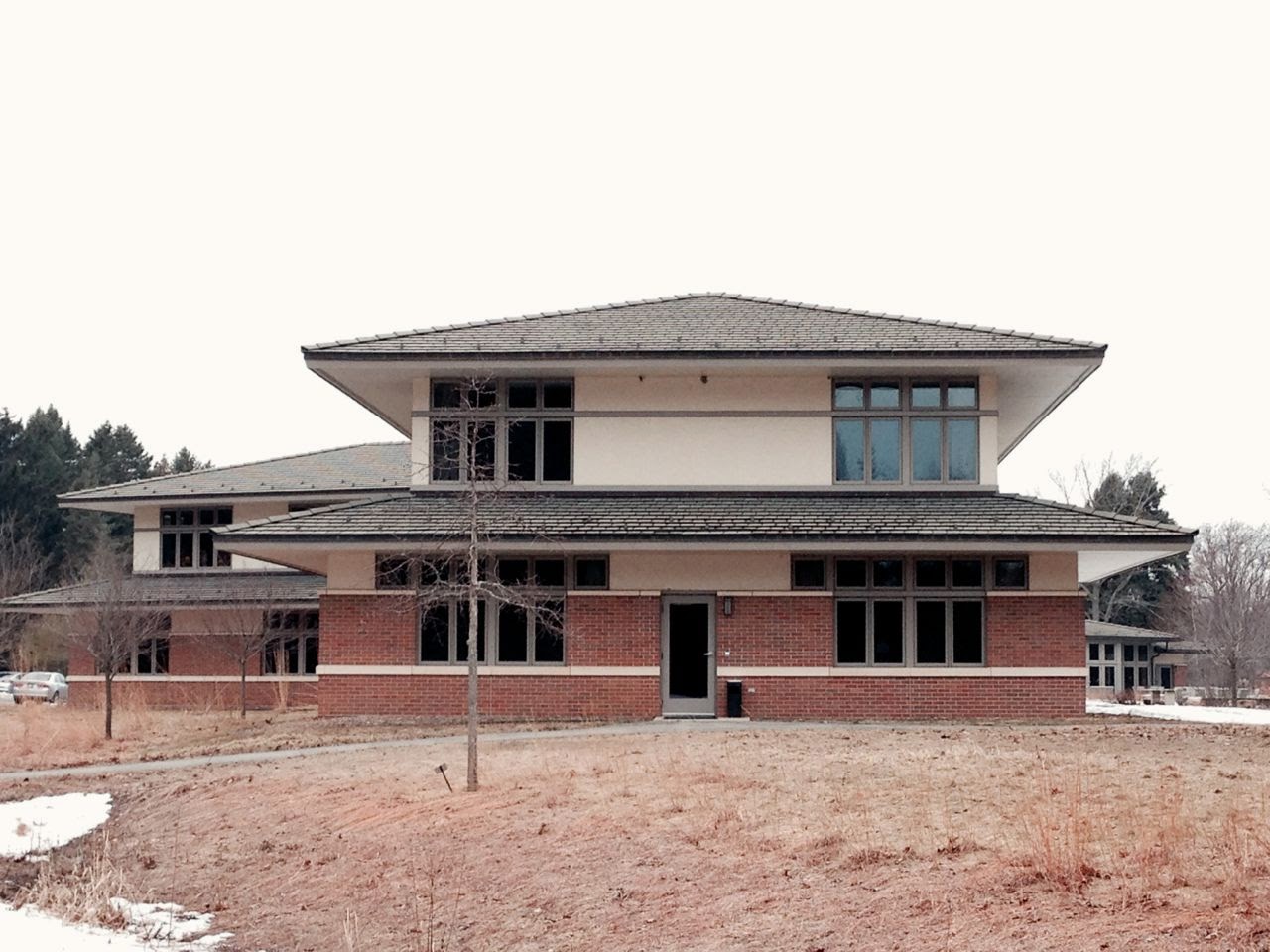 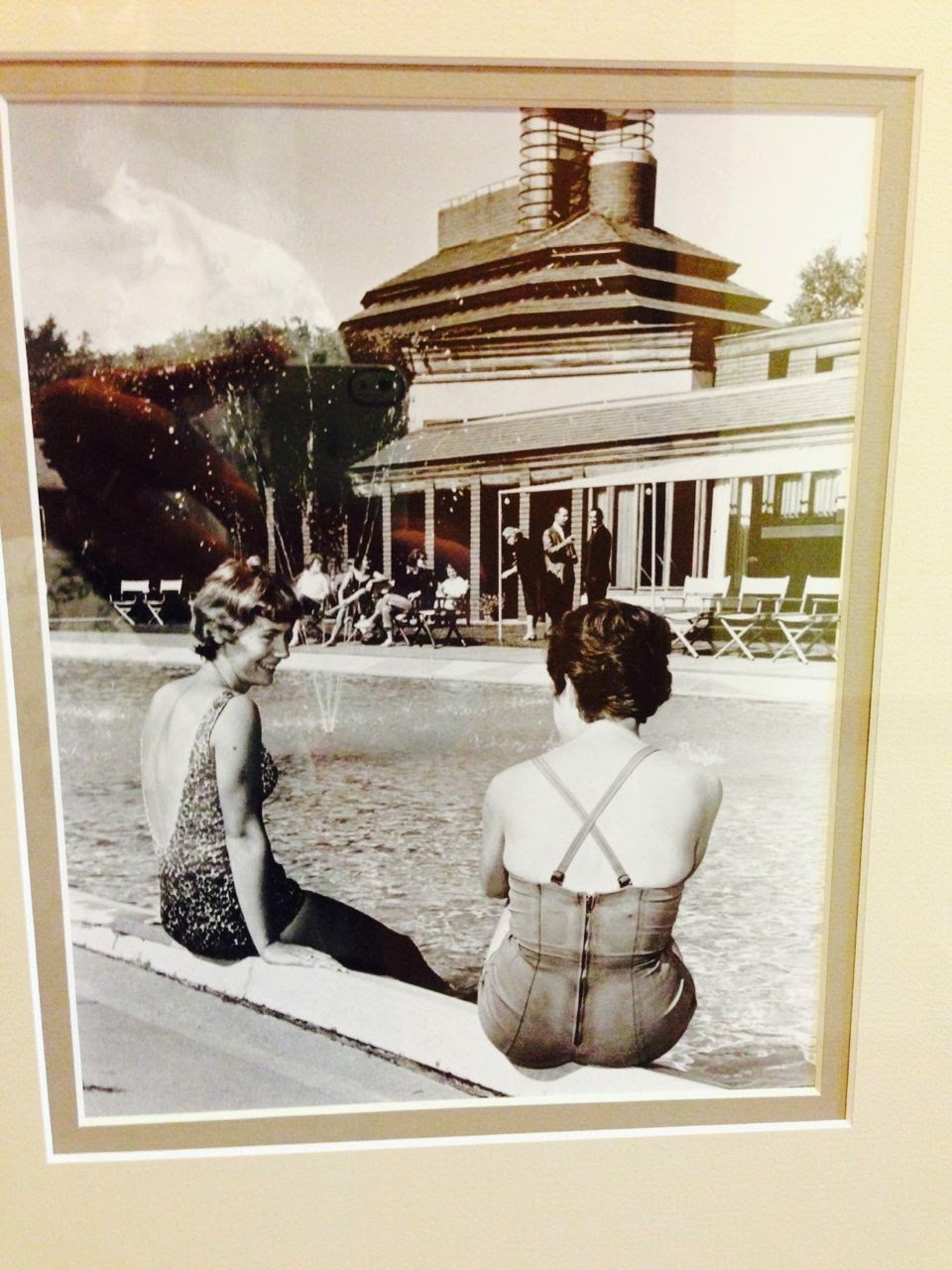 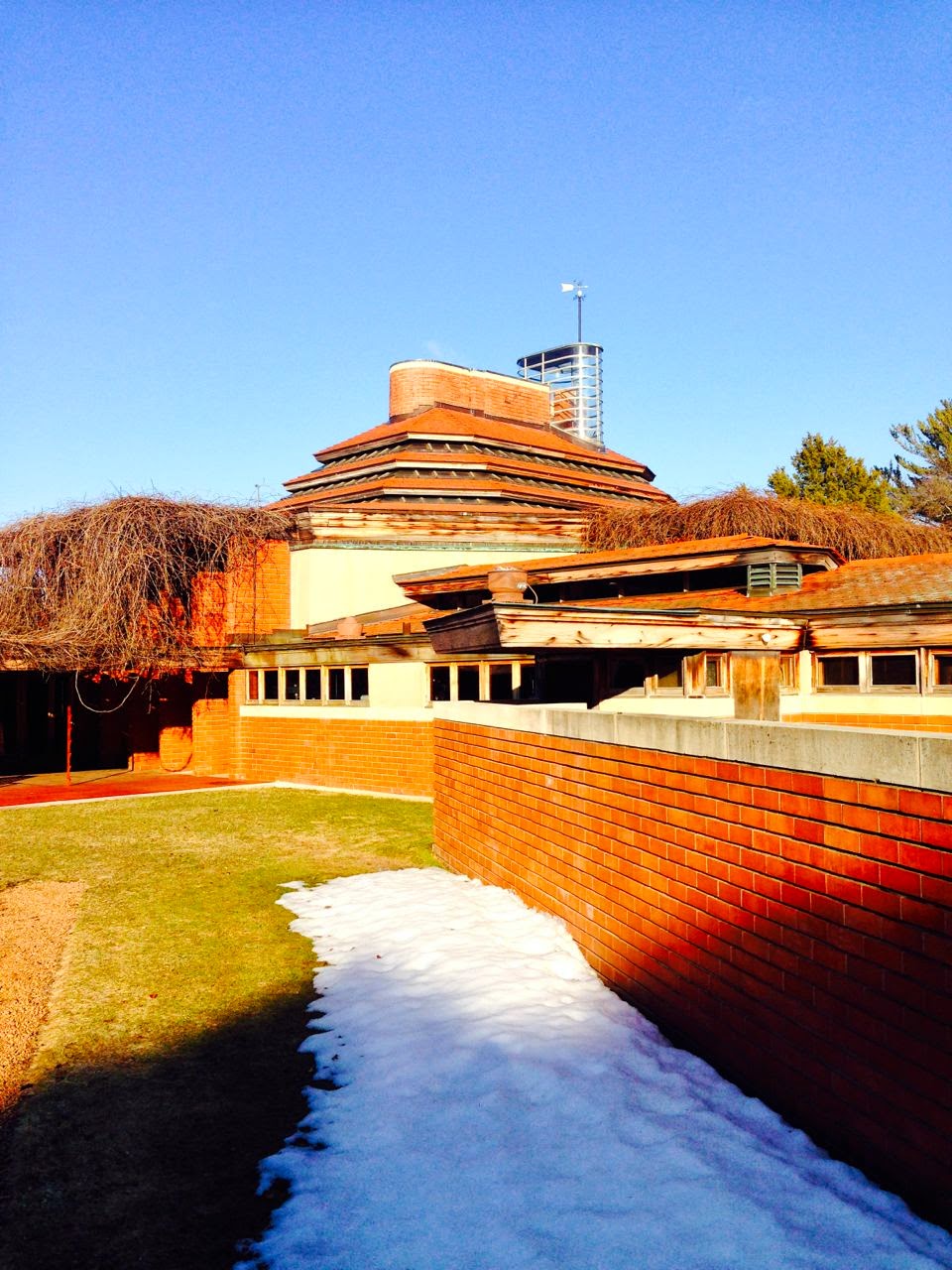 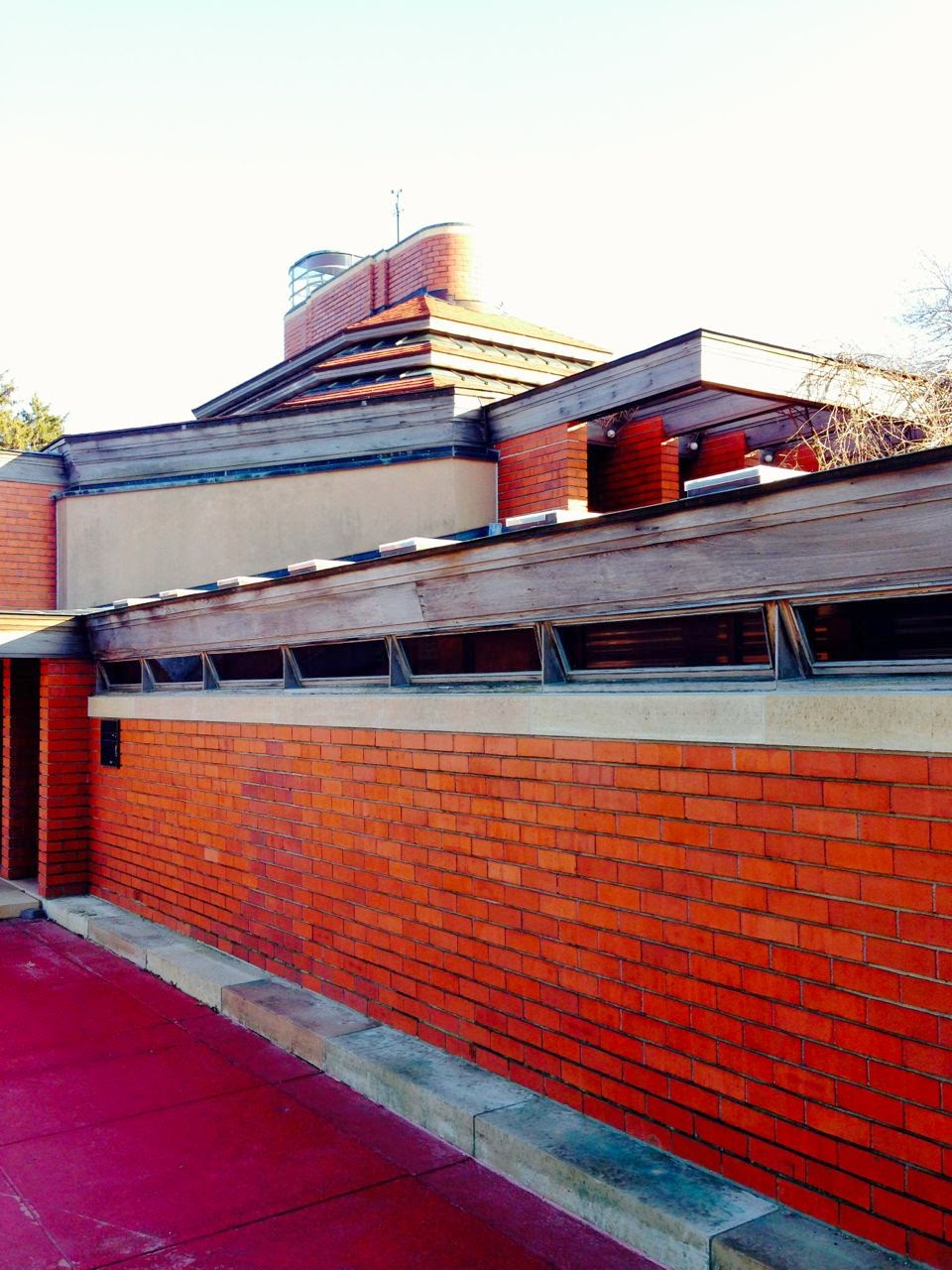 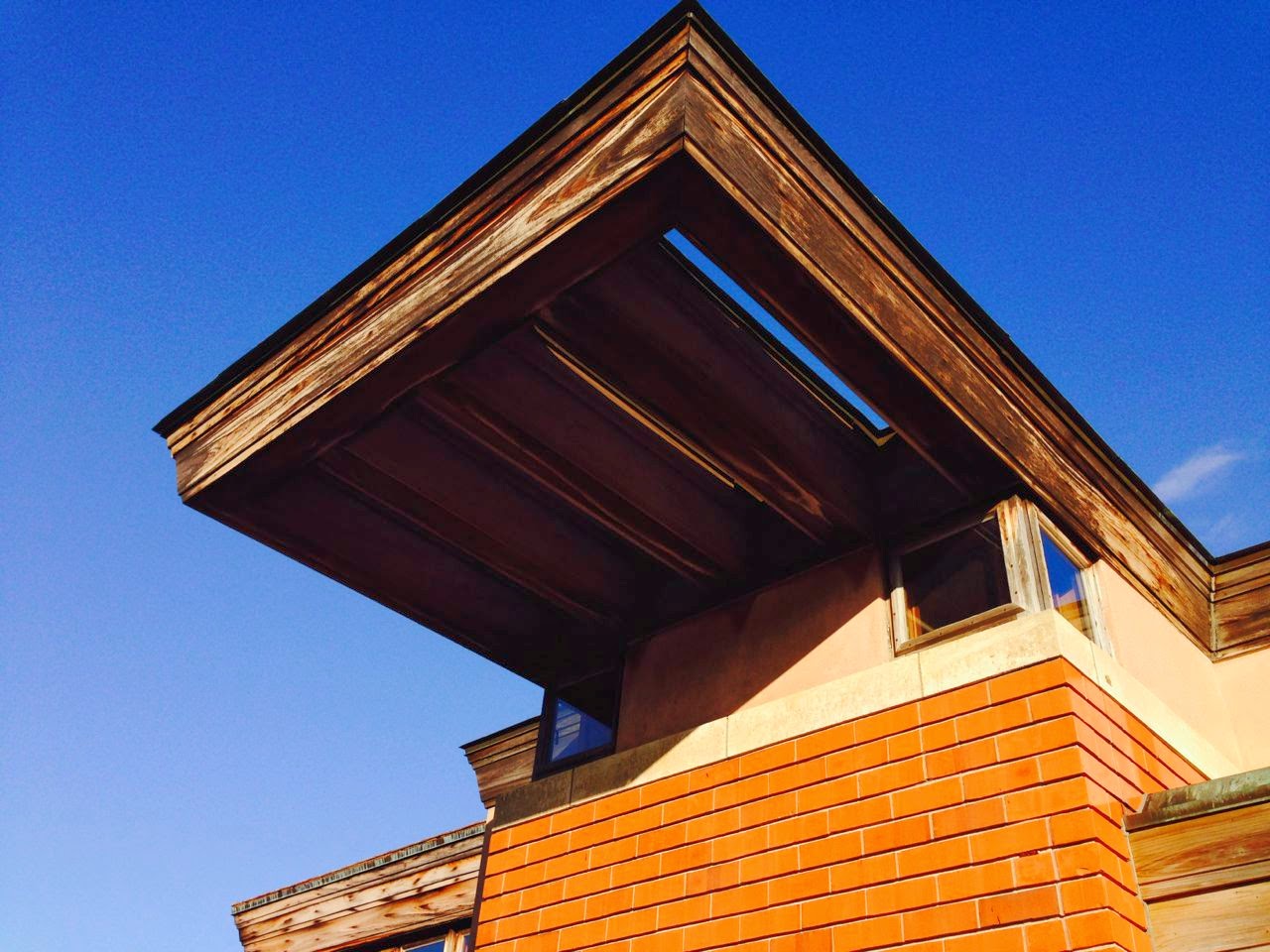 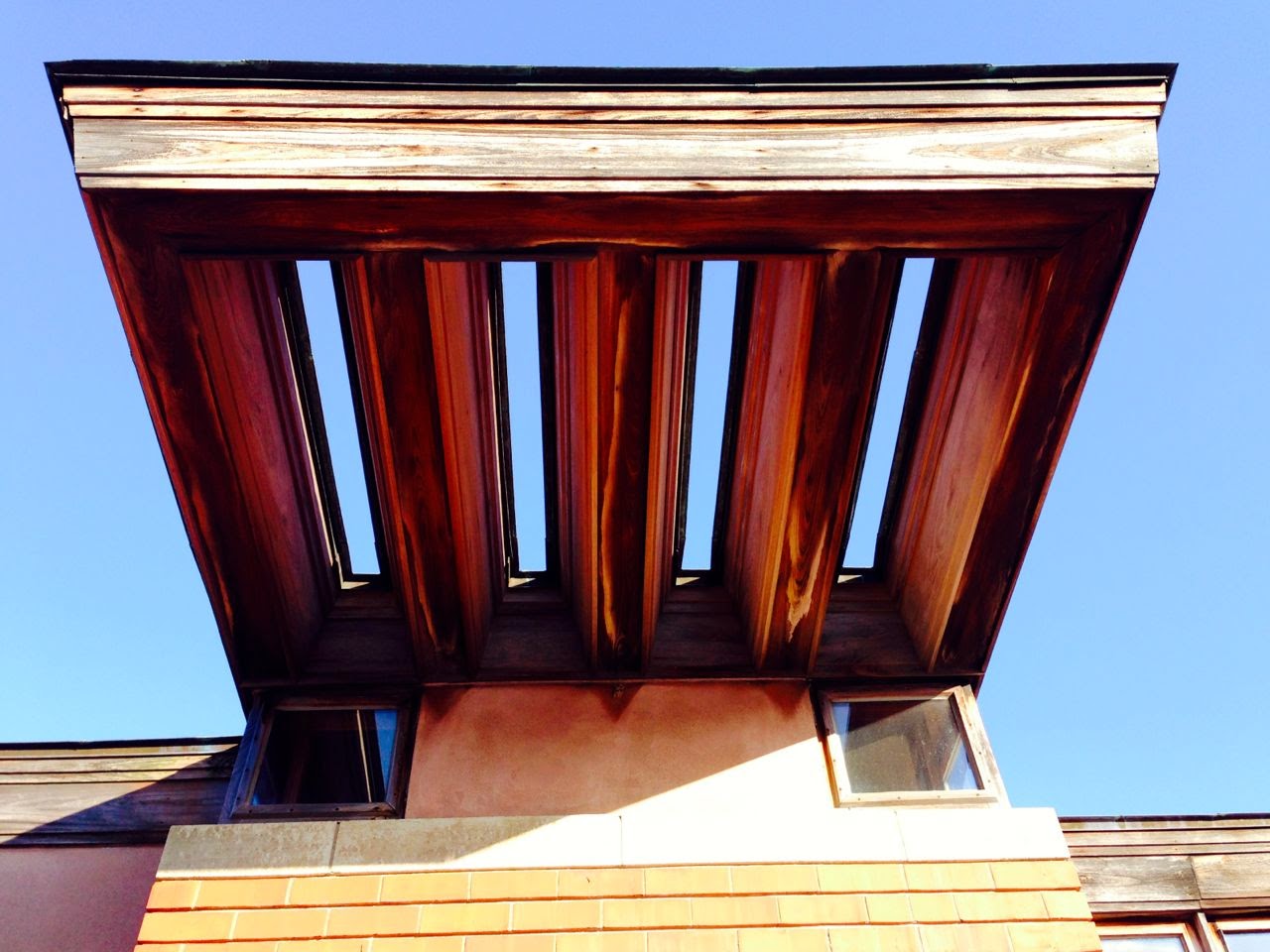 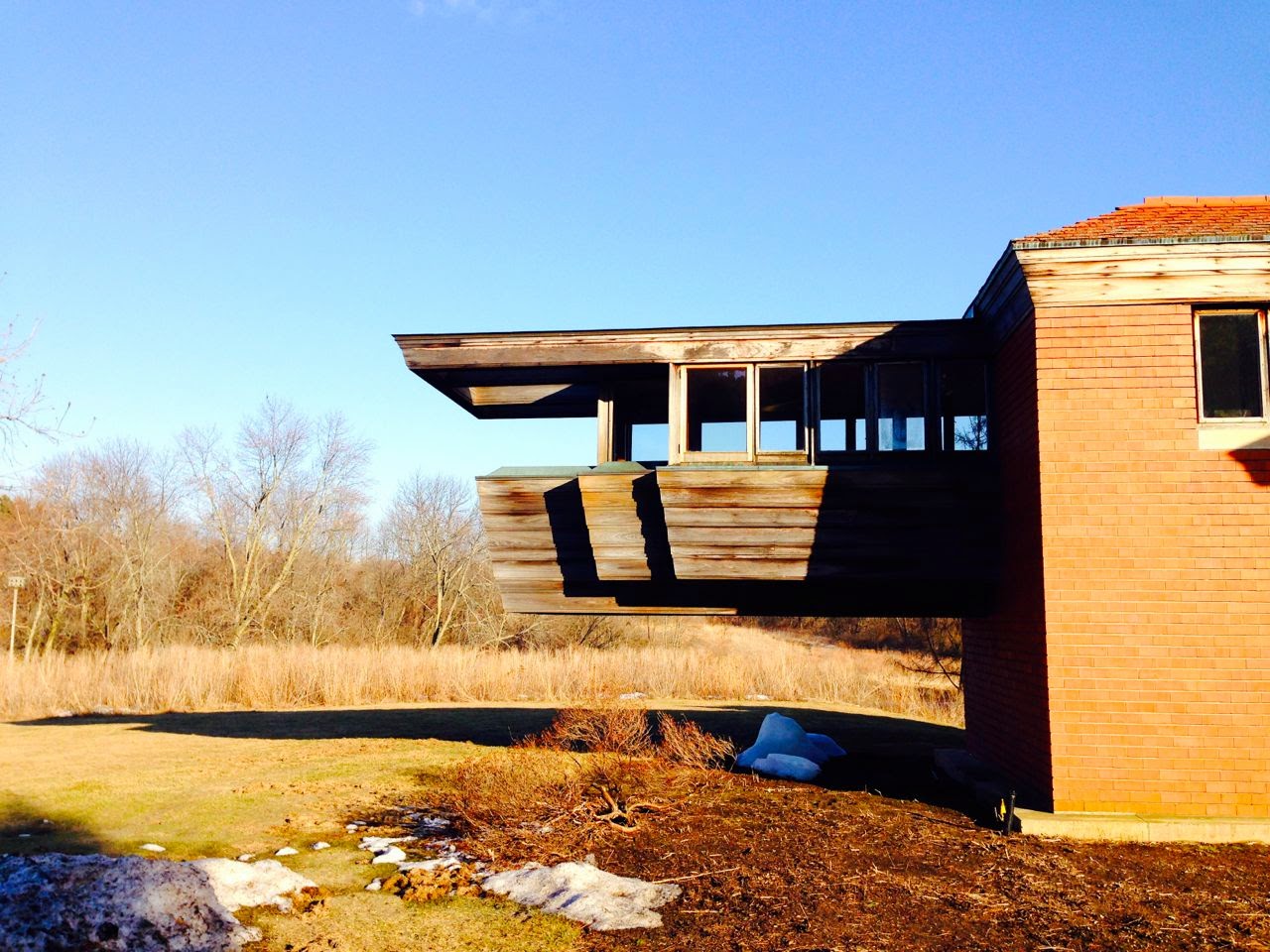 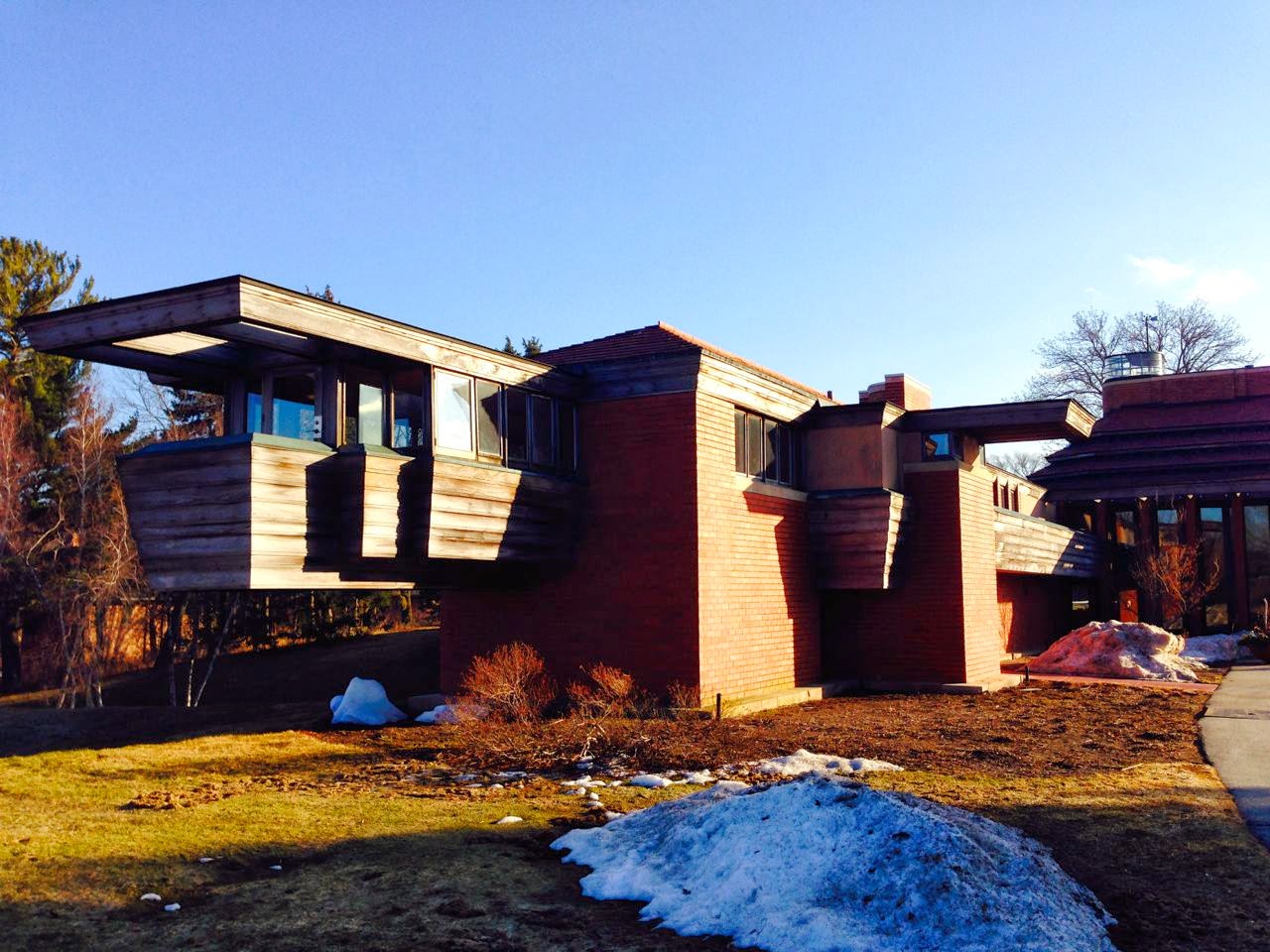 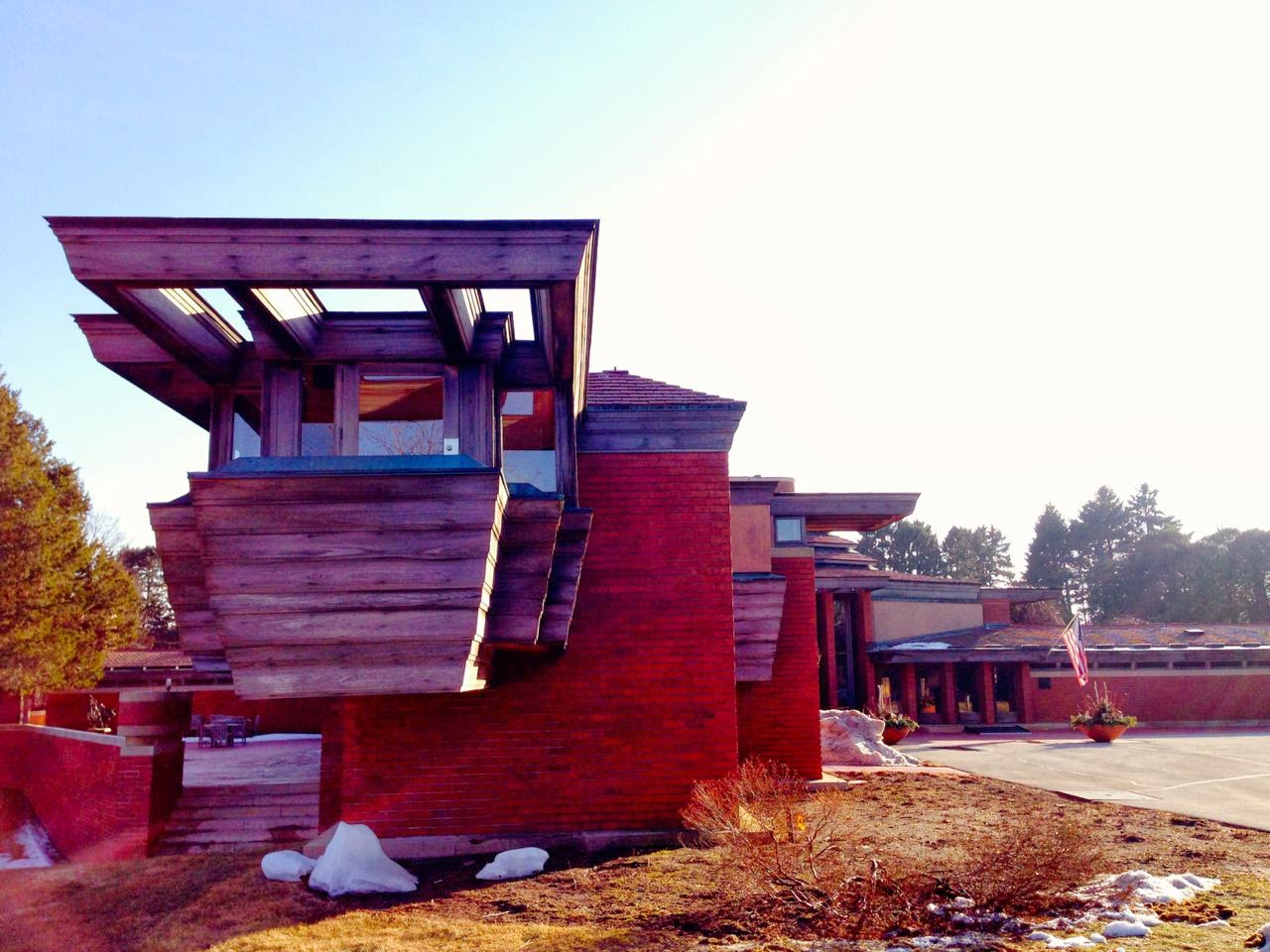 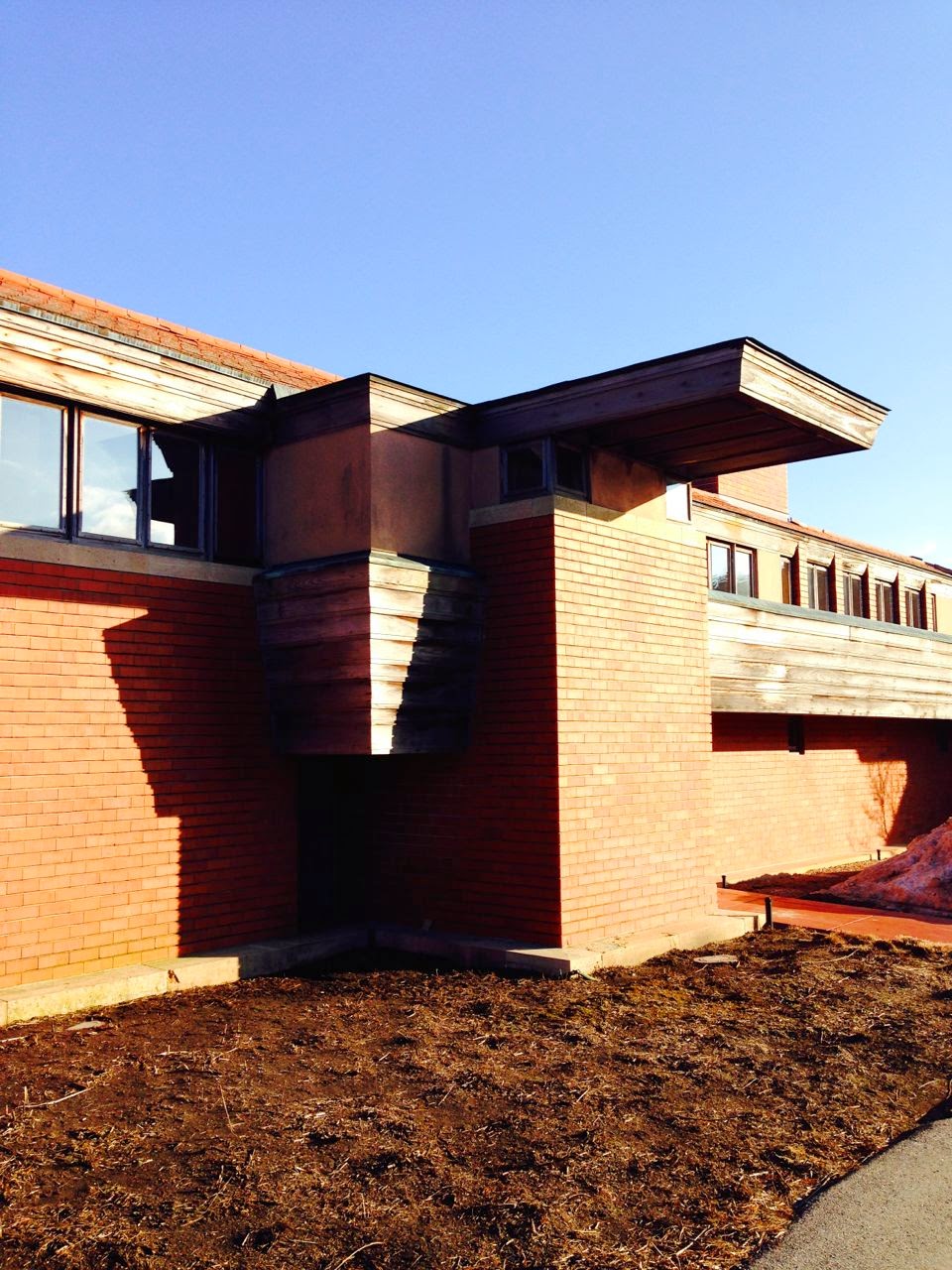 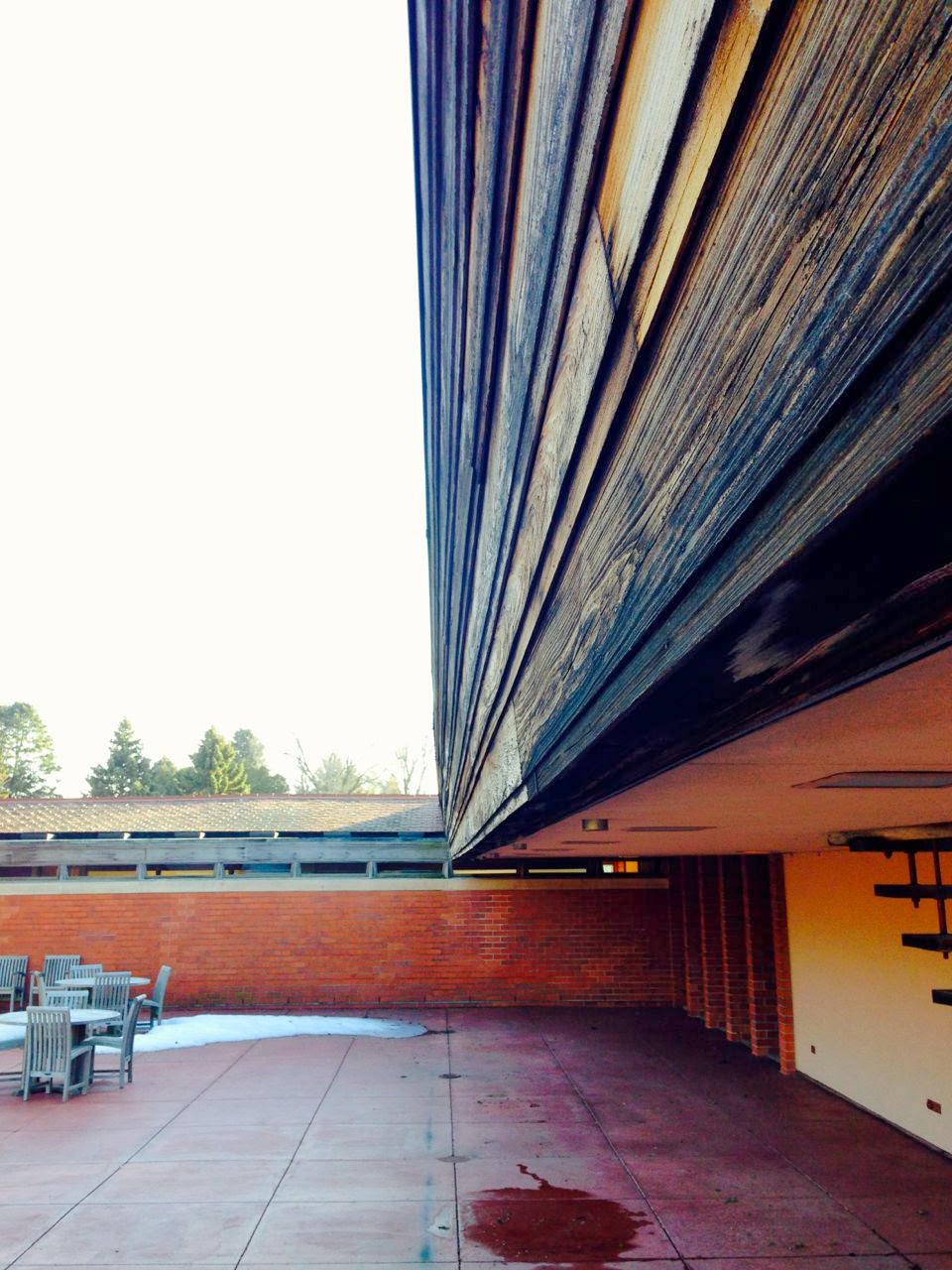 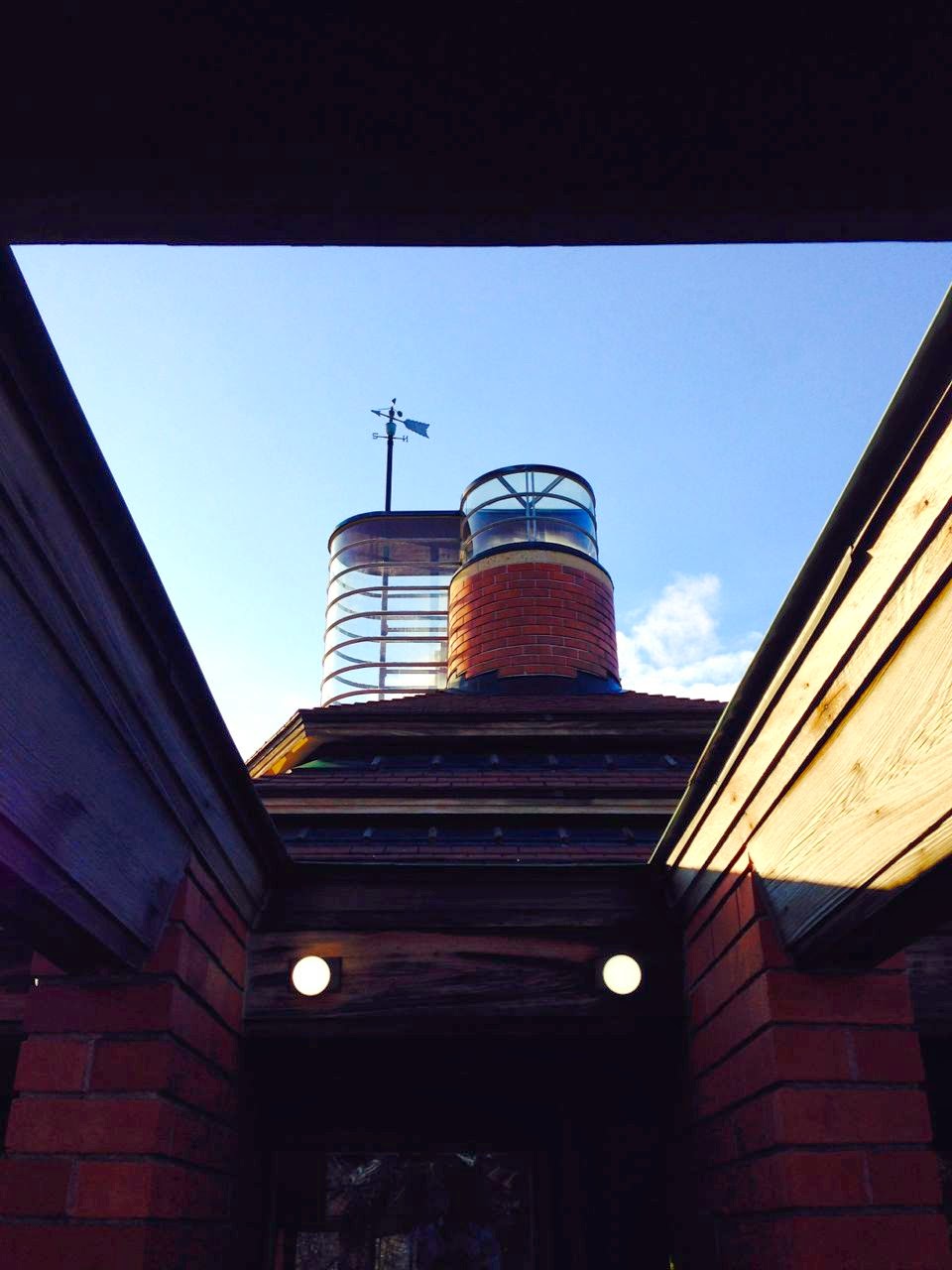 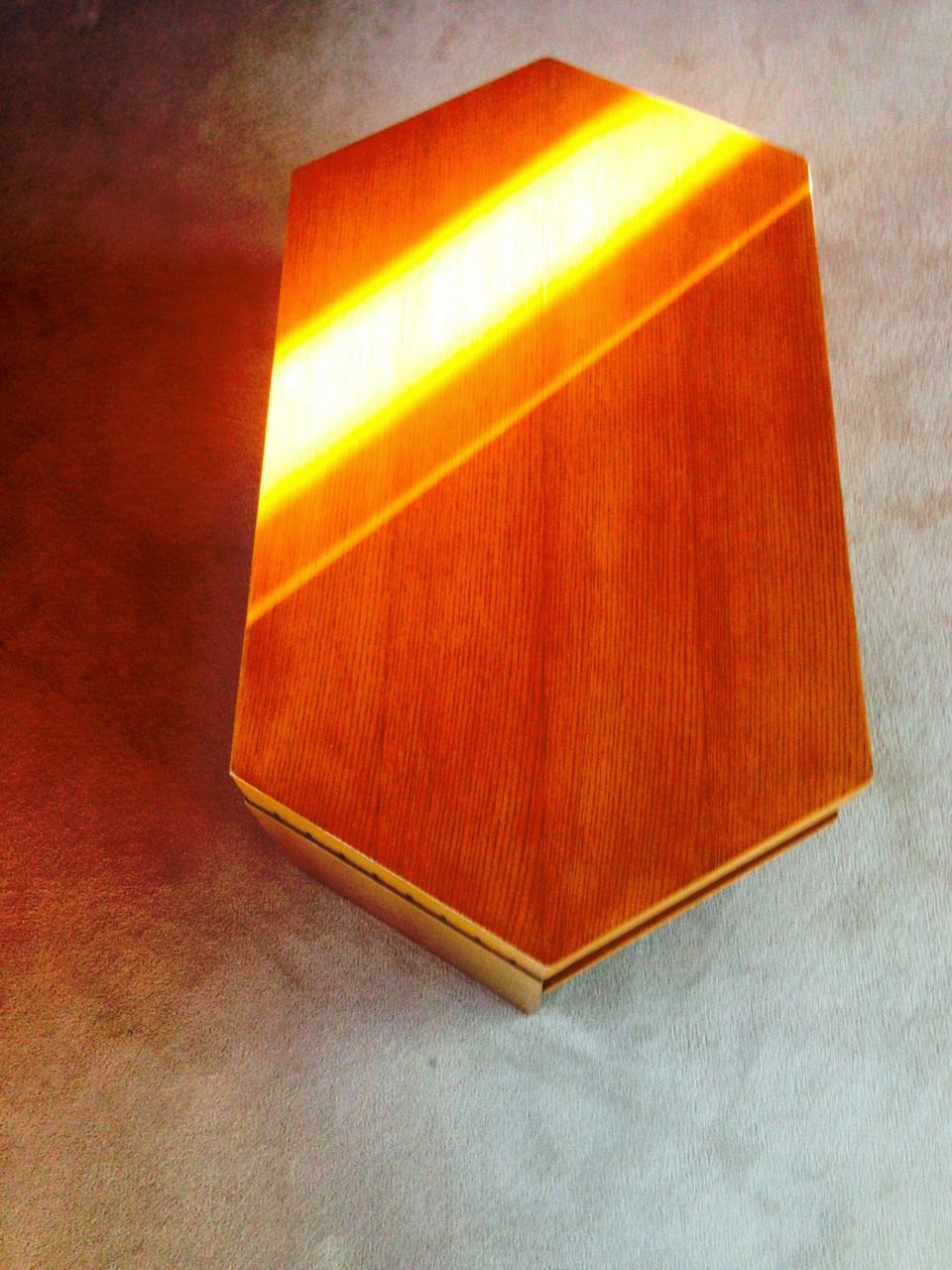 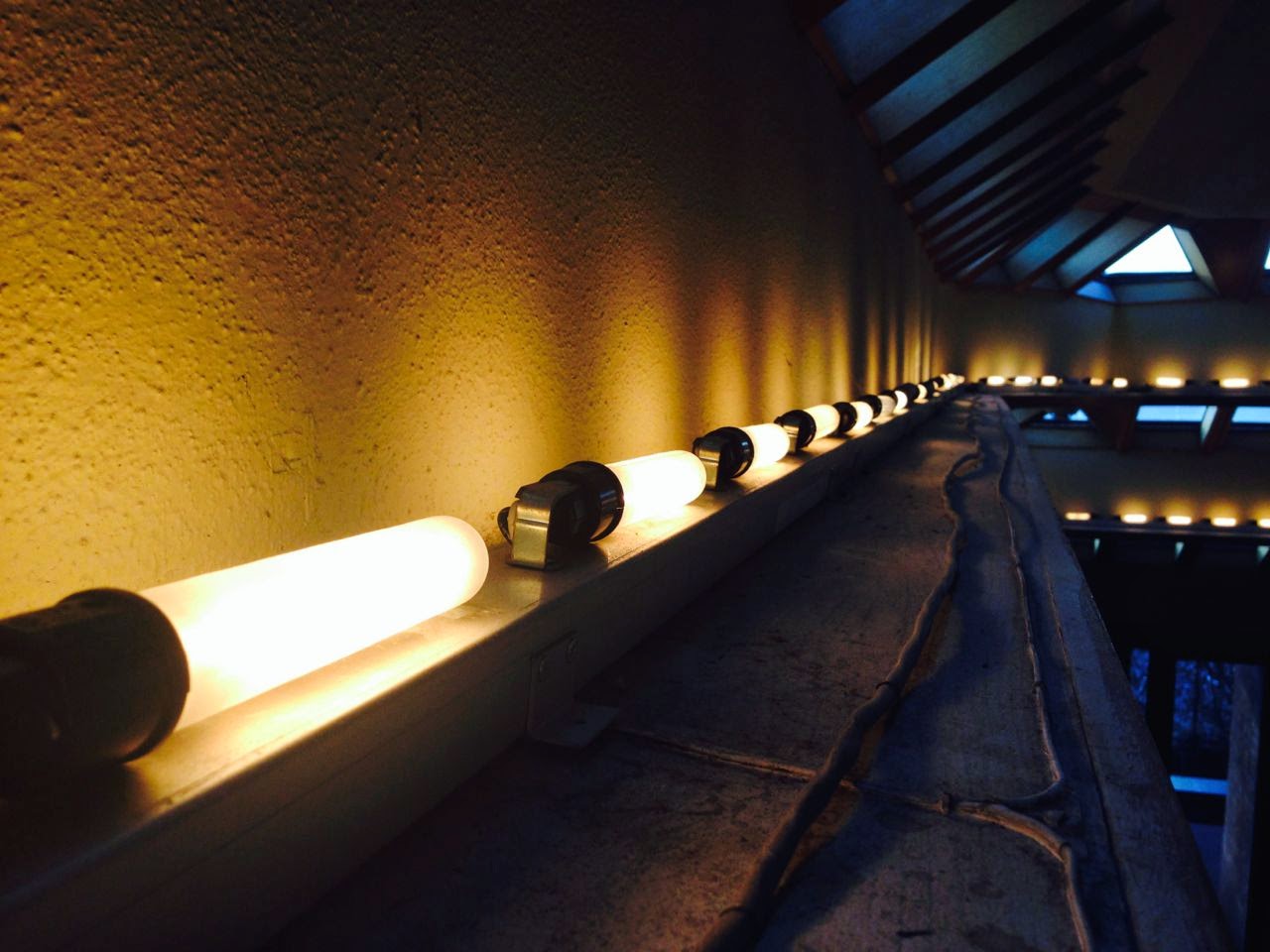 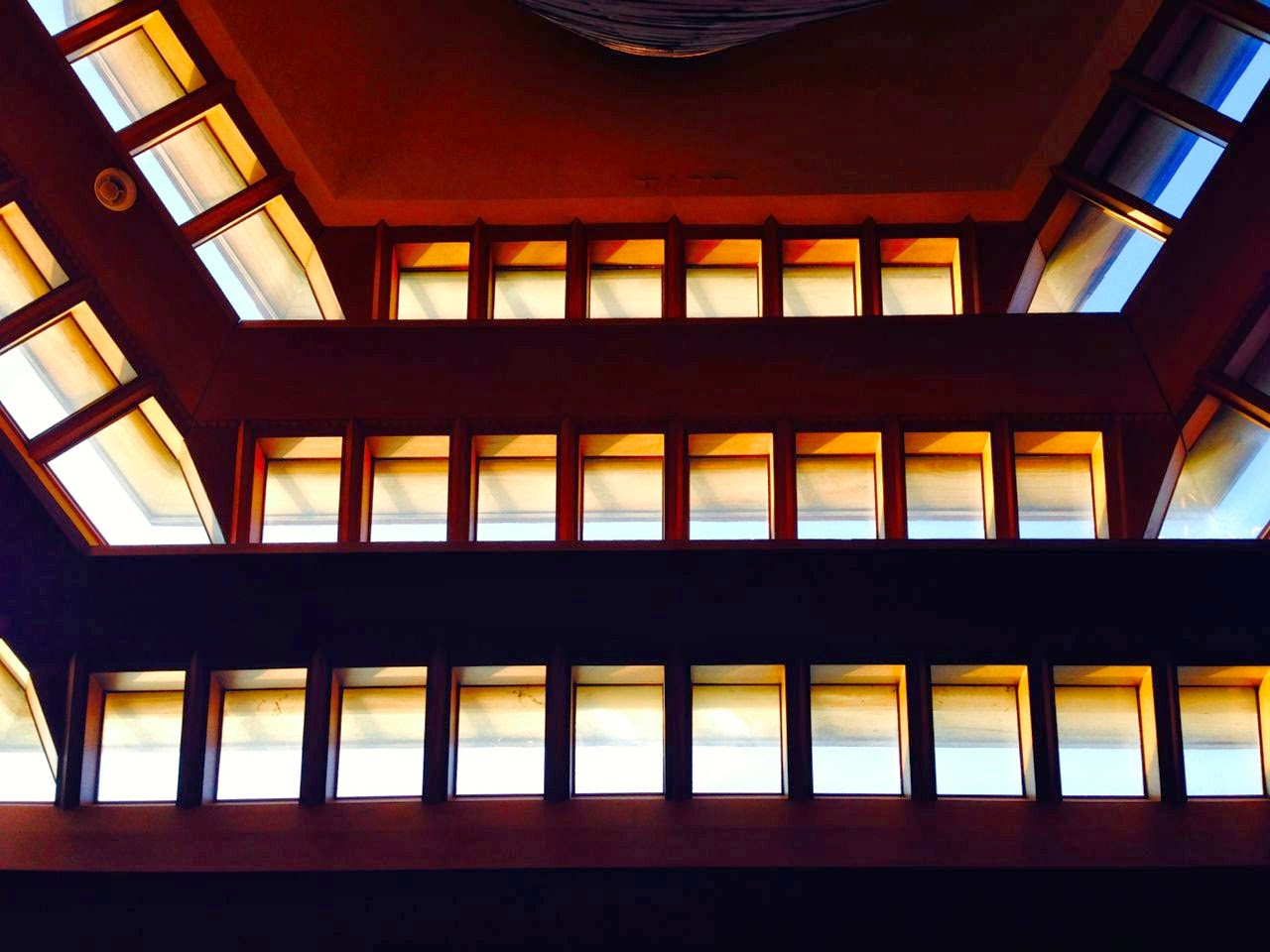 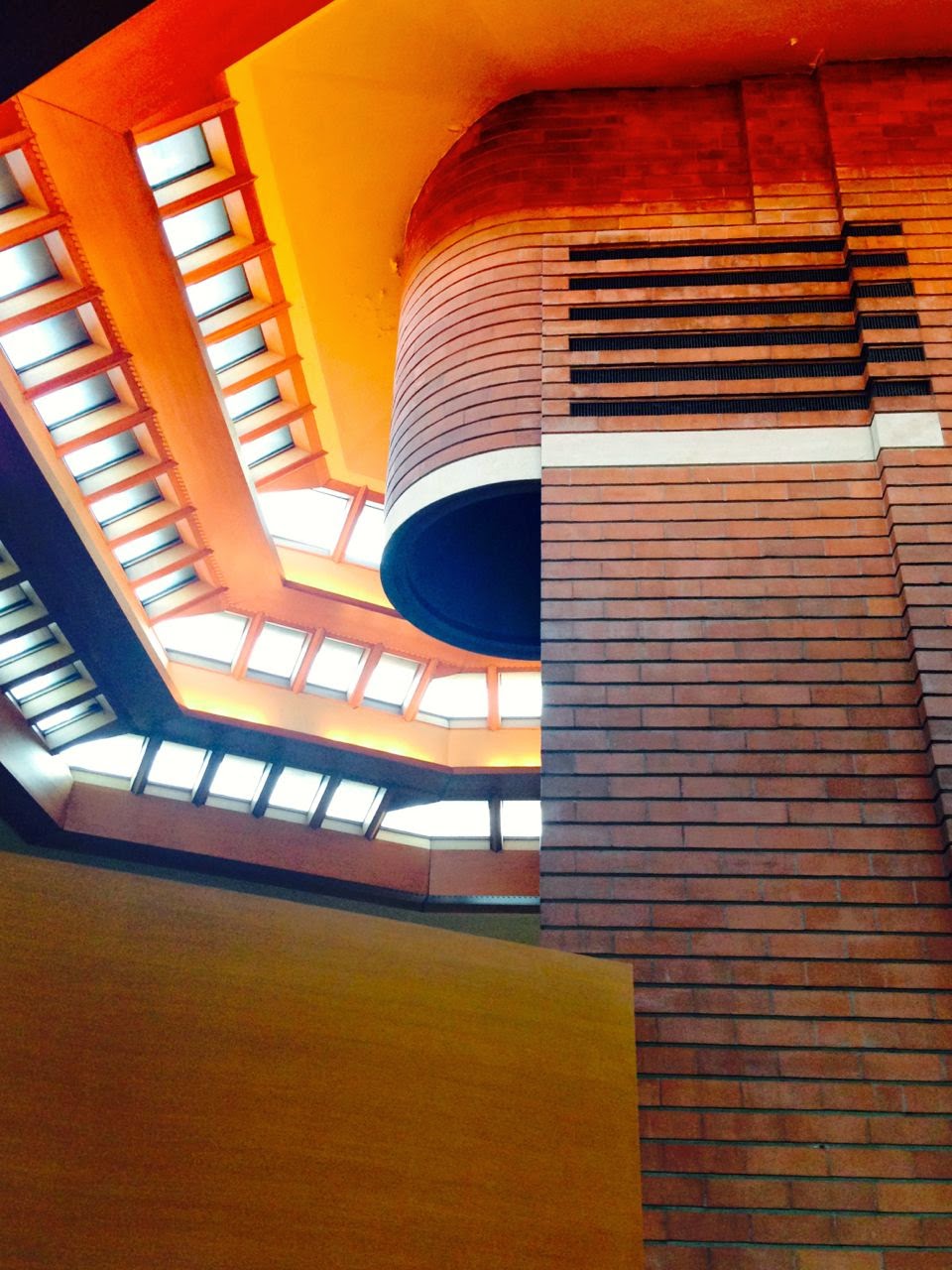 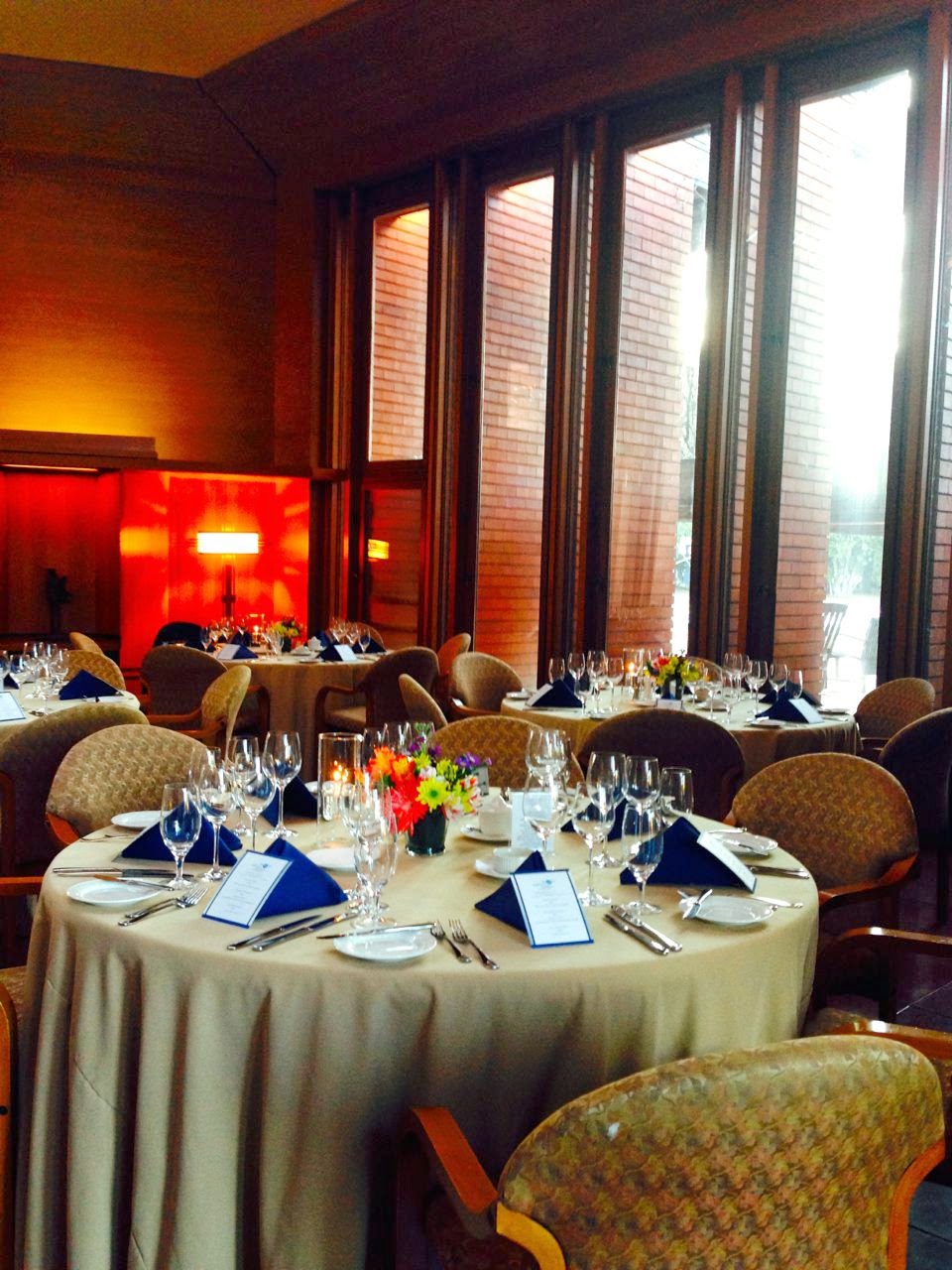 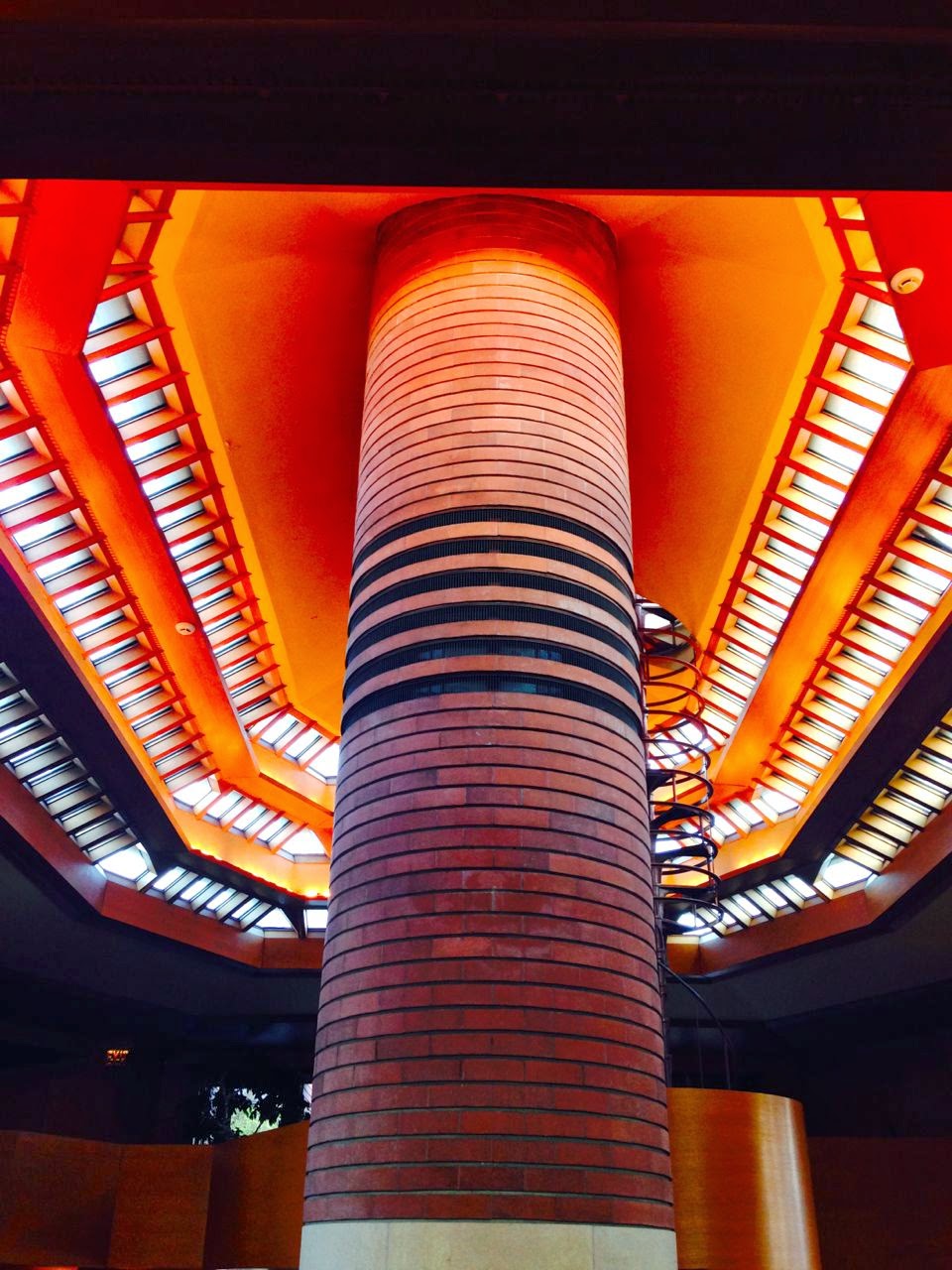 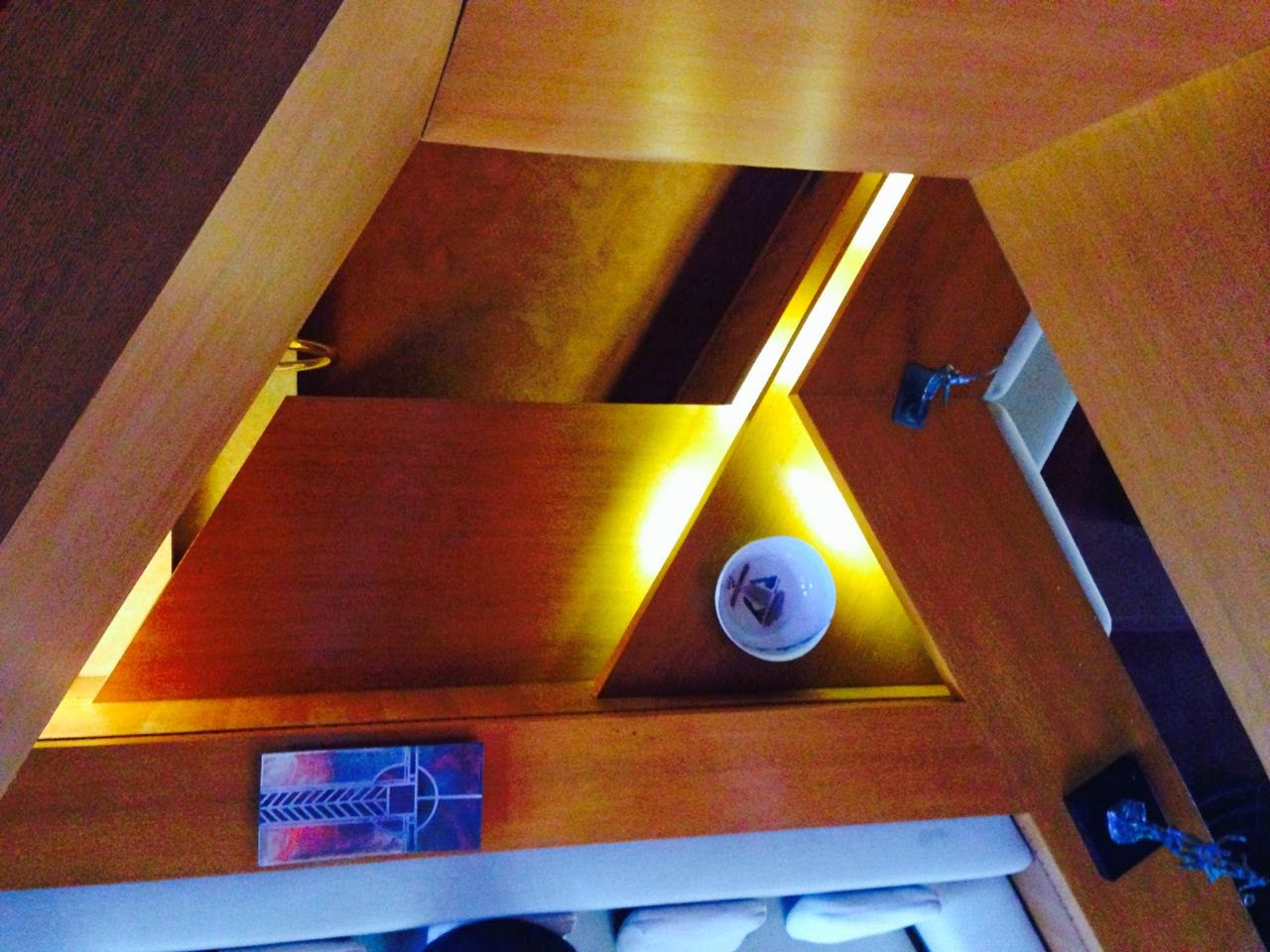 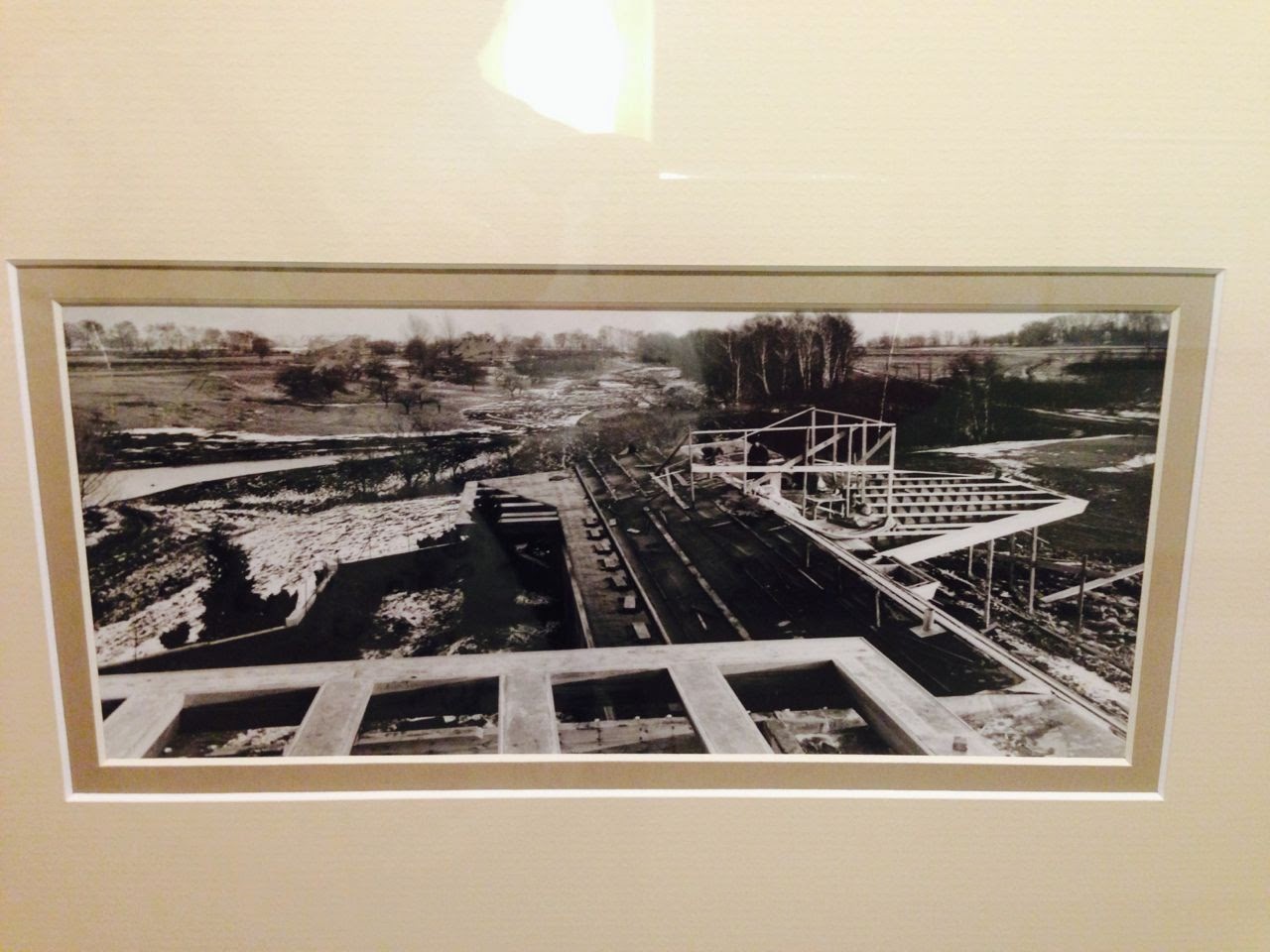 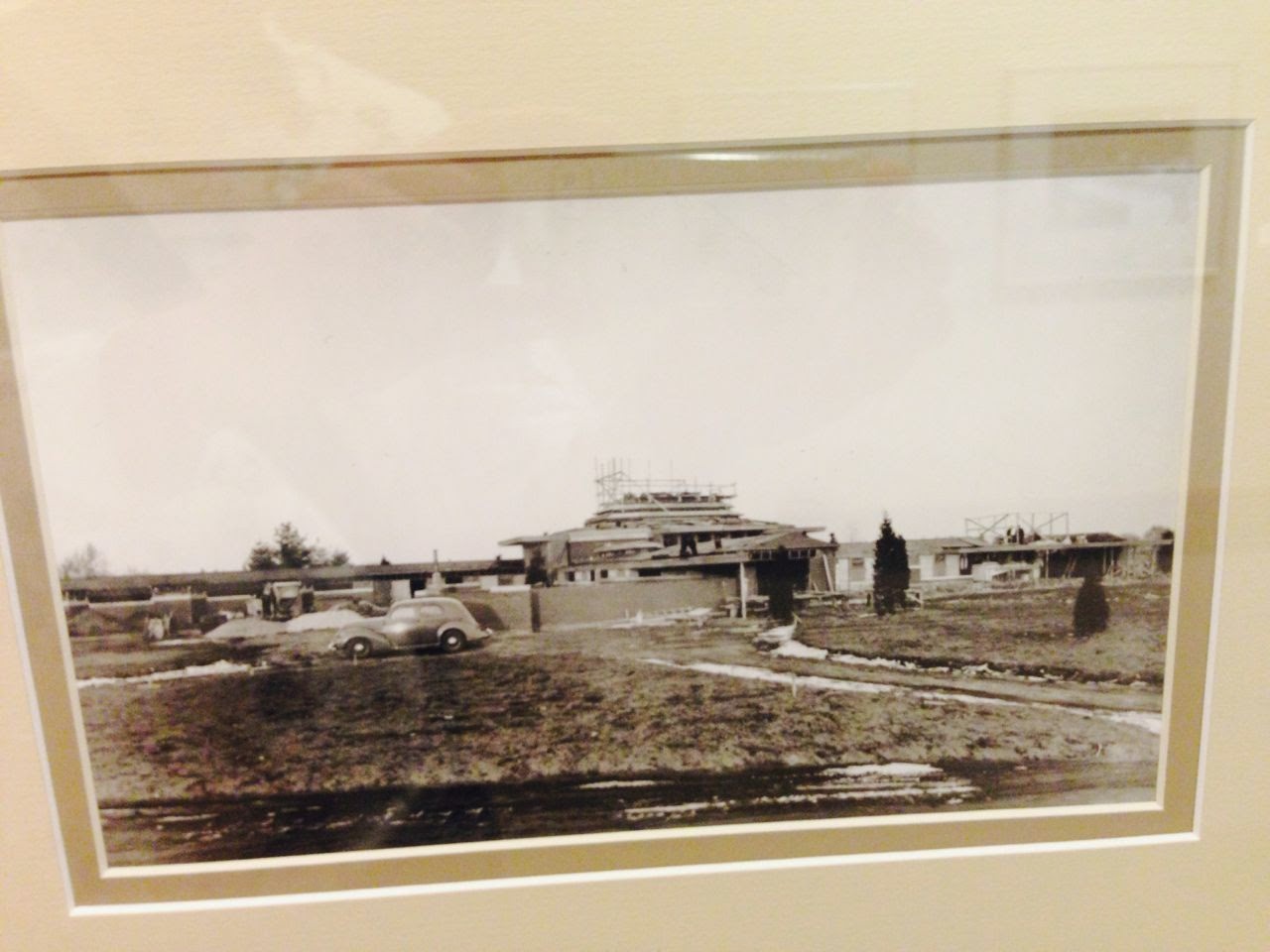 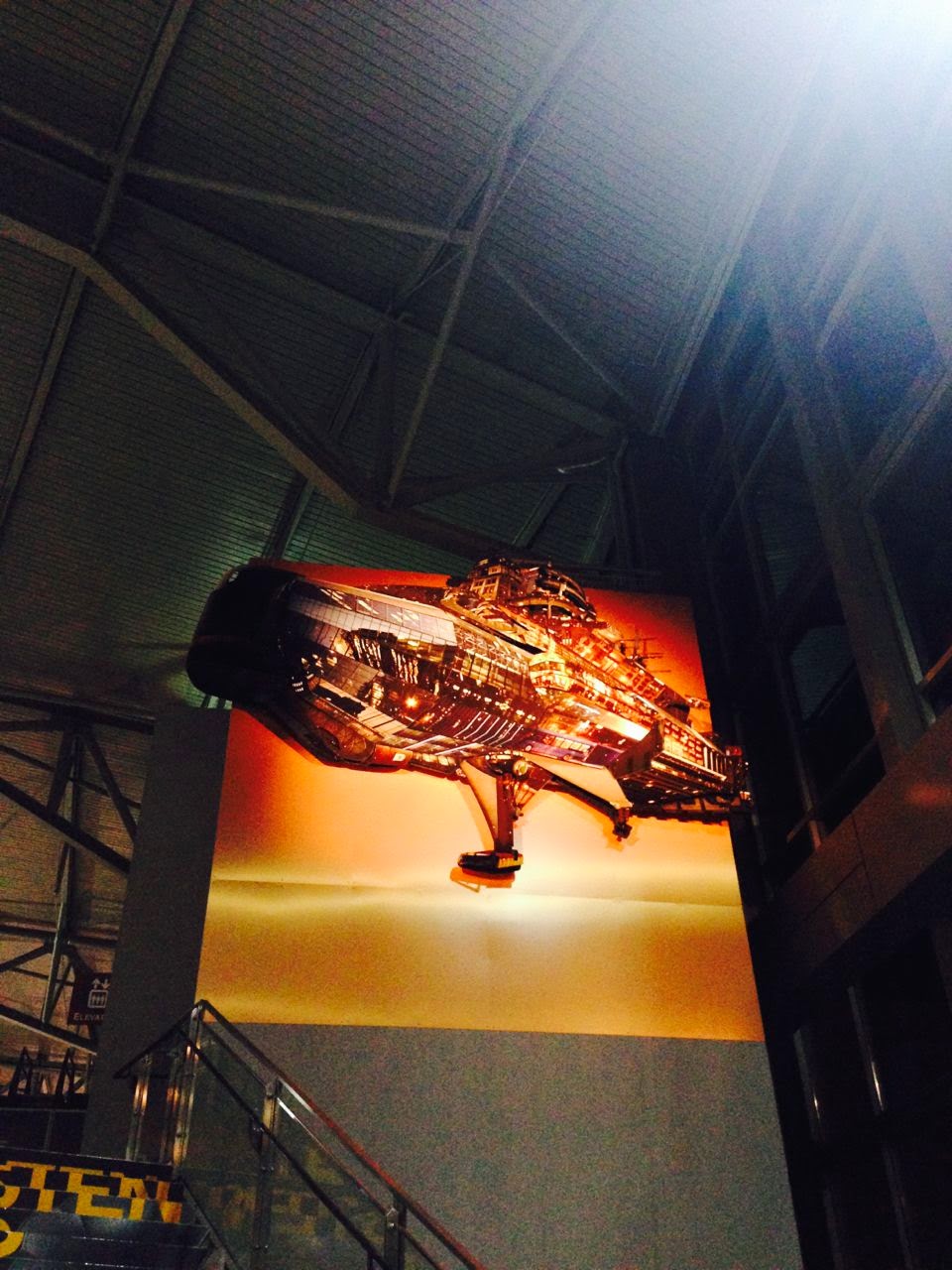 Posted by bubba of the bubbles at 5:41 AM