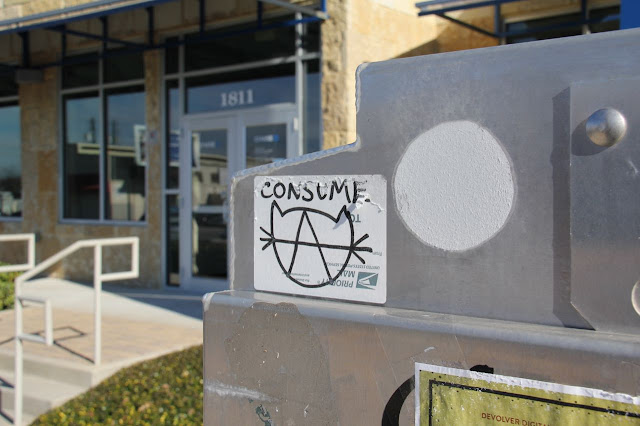 When we first moved to Austin back in the earliest of the early nineties, South Congress is where you came for prostitutes and hourly motels. Now it's the most happening street in town with boutique shops, comfy (and overnight...) hotels, high-end (and low end) food, and a great slice of Austin life, embracing one of the best views of the state capitol in town.

We went down to check out the new hotel on South Congress called (ahem) South Congress Hotel. Designed by Michael Hsu Office of Architecture, Dick Clark and Associates, and Studio MAI, the building is, at first view from across the street, underwhelming. It appears to be a repurposed low-rise office building from the 1960s (and who knows: that may have been the intent). The materials feel a bit forced and too eclectic, sandwiched between and glommed onto seemingly repurposed planes of concrete slabs. This is not grab-you-by-the-lapels-and-shake-you-silly architecture as you drive by. This is quiet architecture. This is architecture trying to fit in. 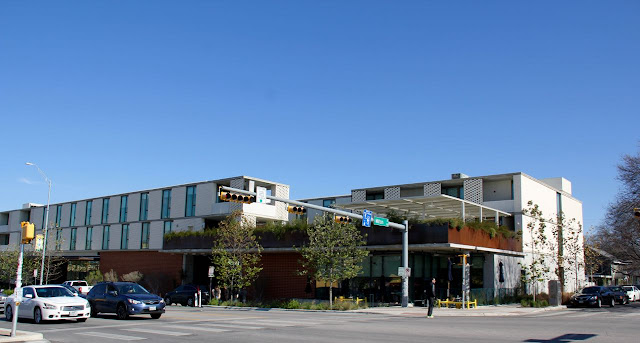 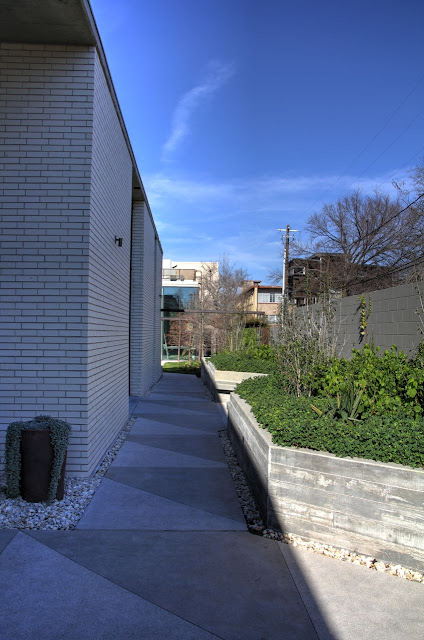 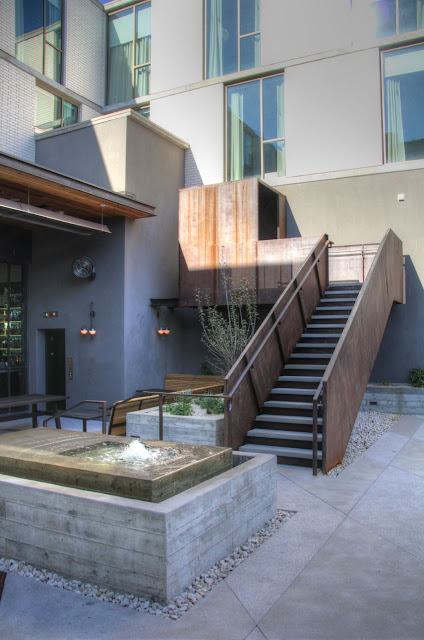 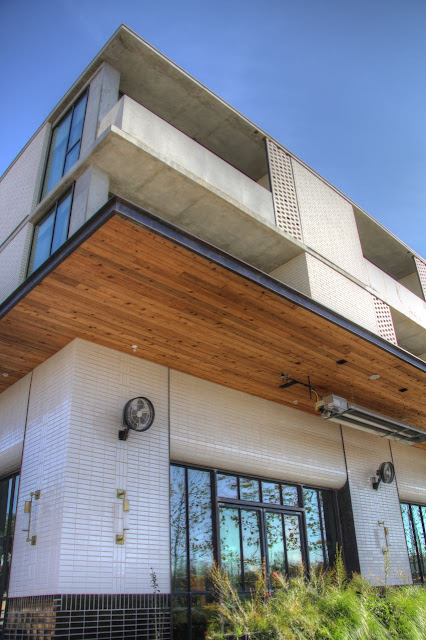 Where the building excels is how it embraces people, those walking by on the sidewalk and partaking in one of the restaurants on the ground floor (having not stayed there, we can't speak directly about the rooms, but they look delicious). We did stopped into Cafe No Se, a restaurant in the corner space of the top photo above, once last weekend and again this weekend (with mom-in-law in tow), and loved it. The vibe, the rustic Modern interior, and the food are fantastic.

Buildings, like people, should ultimately be judged by what's on the inside rather than what's on the outside. If that's a legitimate statement, this mousey building has a heart of gold. 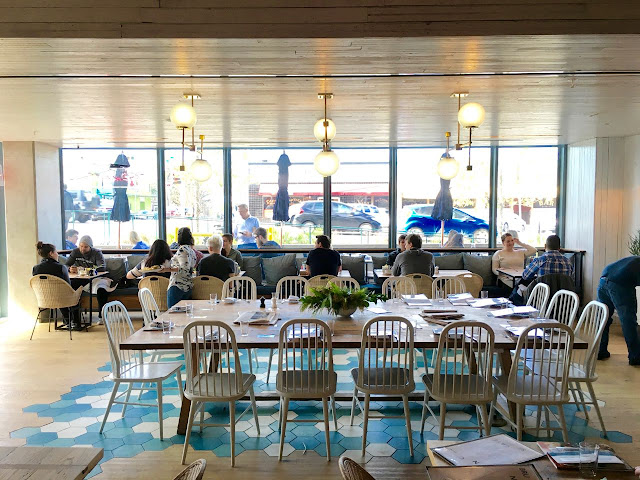 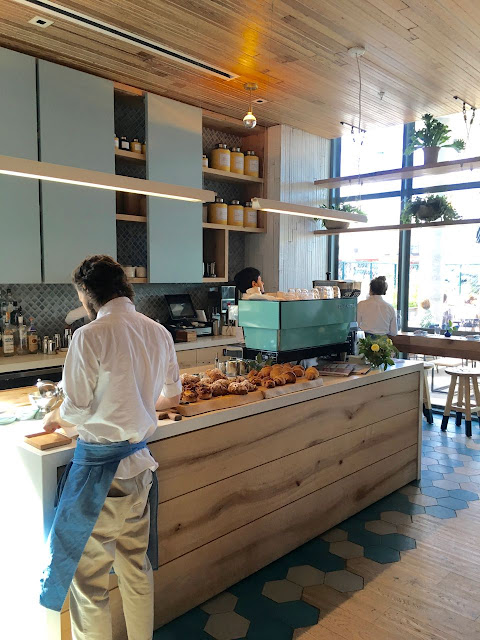 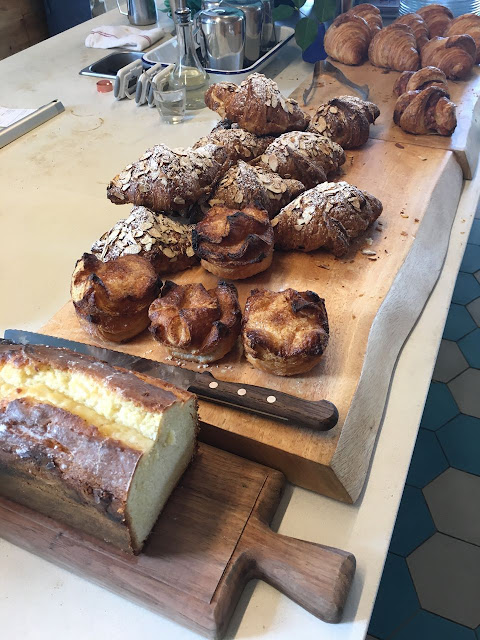 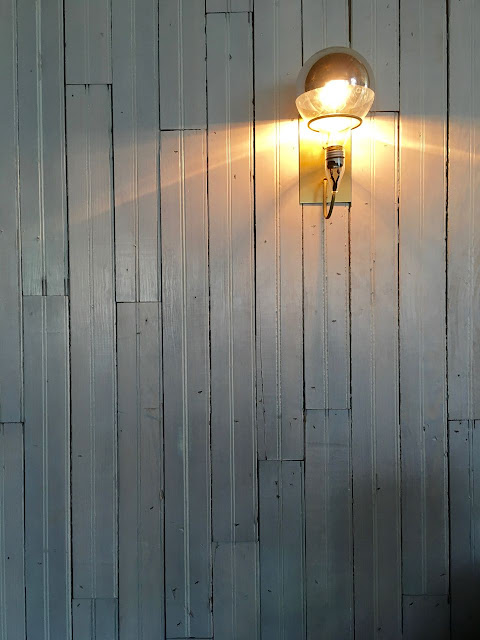 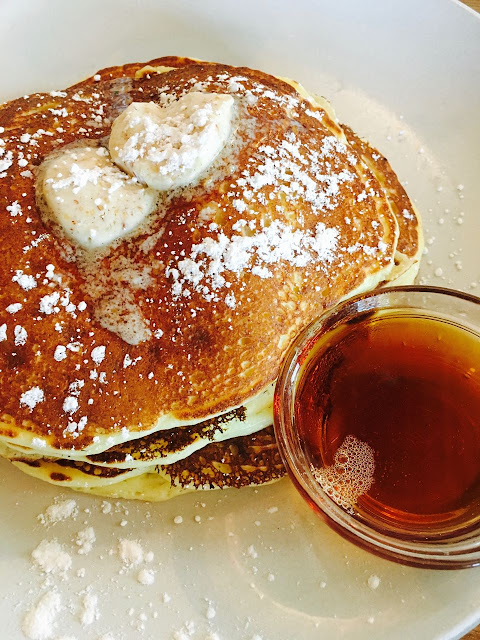 We also stopped in to take a peek at the delightfully Googie new flagship Torchy's Tacos. Designed by Chioco Design, the idea was to pay homage to Fran's Hamburgers, which used to occupy the site. This is a design that grabs you by your lapels and leaves a little bit of salsa on you. It's good to see Torchy's embrace architecture as spicy as their tacos. 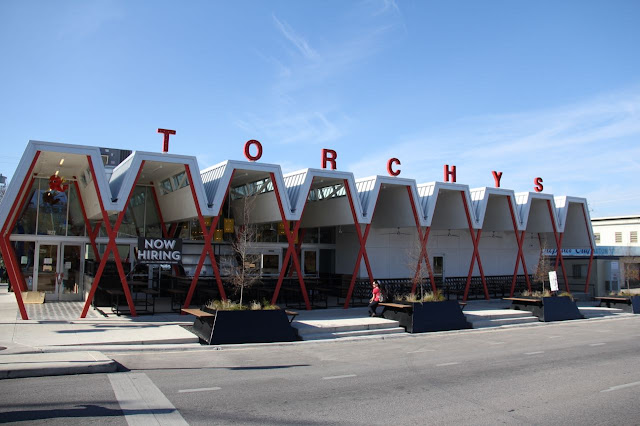 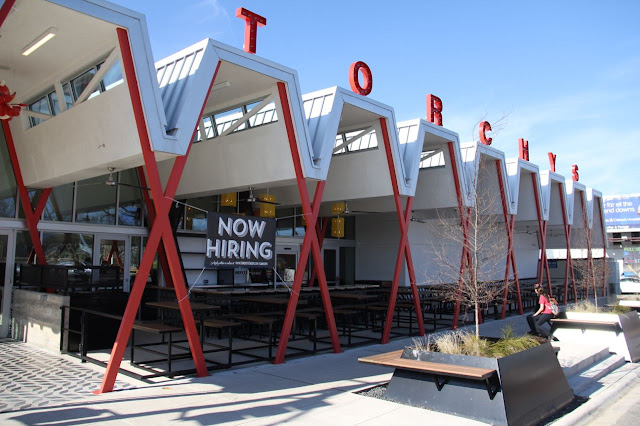 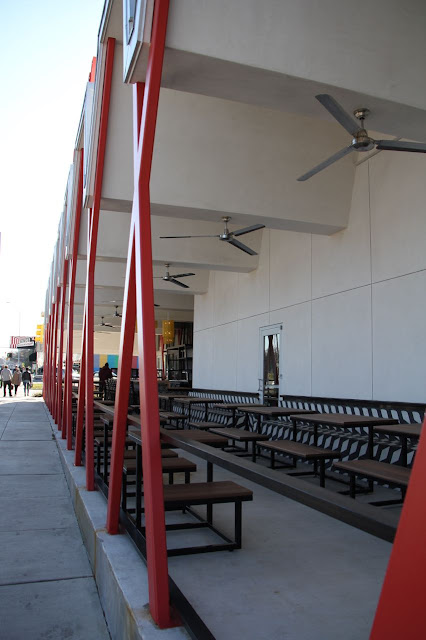 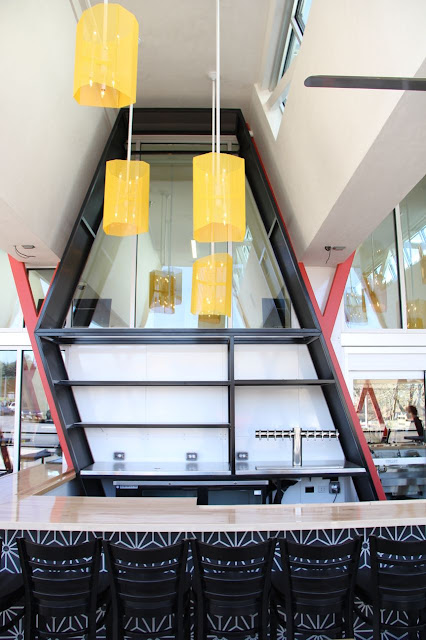 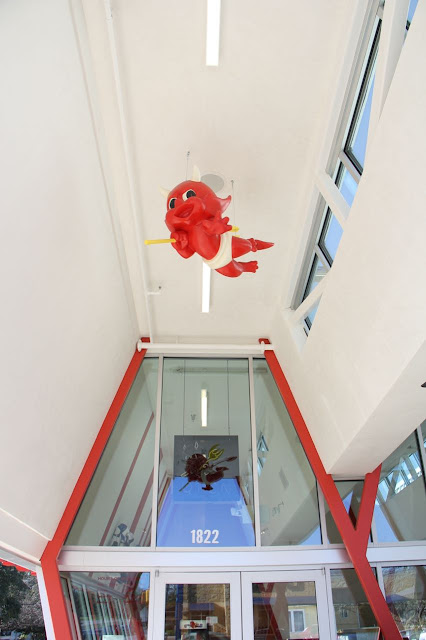 Finally, just some impressions walking around. This is not a comprehensive assessment of South Congress (it was dang cold out!), but a mere glimpse. 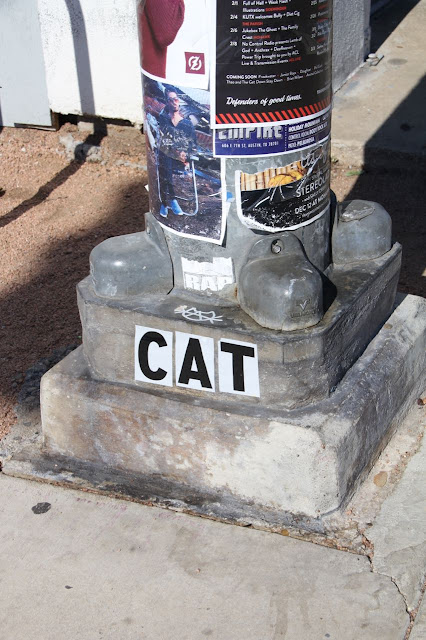 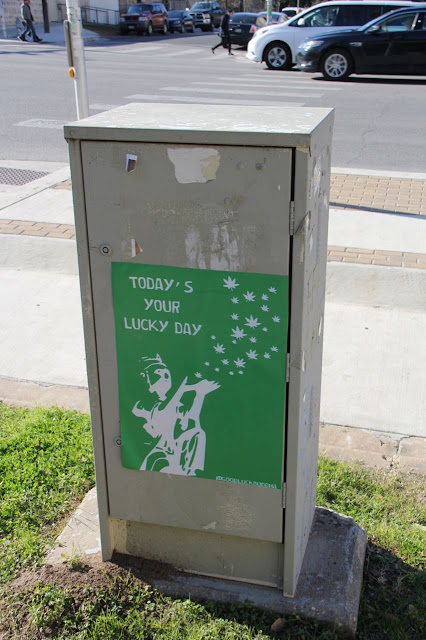 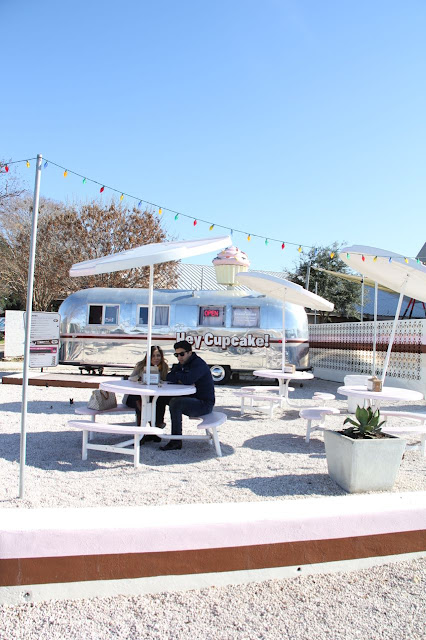 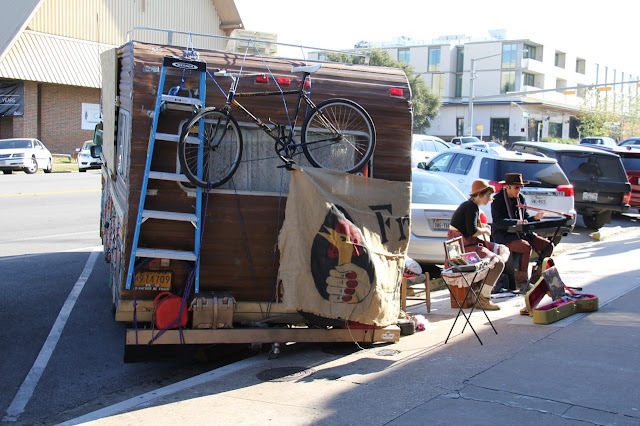 Posted by bubba of the bubbles at 4:35 PM