haiku for the book "Weissenhof 1927 and the Modern Movement in Architecture" by Richard Pommel and Christian F. Otto 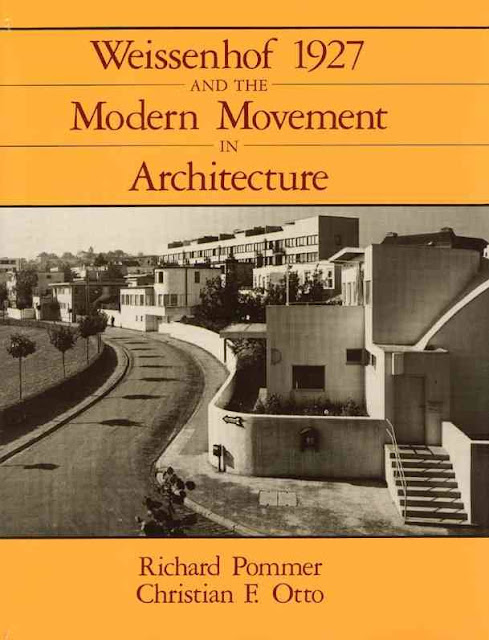 go to Weissenhof
to see an amazing set
of Modern houses

This is a remarkable book, but not in the sense of you-need-to-rush-out-and-get-this-damn-thing-as-soon-as-possible but in the sense of where-the-hep-did-these-guys-find-so-much-information. It's clear that Germans don't throw anything away and that they protect their paperwork even during world wars.

Opened in 1927, Stuttgart's Weissenhof is the greatest single collection of early Modern architecture in the world. Chicago is great, Los Angeles is amazing, Paris is pretty in springtime, but for an individual development with nearly all the big names of the time, this is the real deal. Mies van der Rohe, Le Corbusier, Mart Stam, Walter Gropius, Scharoun, Bruno Taut, Max Taut, Behrens, J.J.P. Oud,

Mies van der Rohe was the grand architect of the project, laying out the development, recruiting and fighting for a Modern direction, and designing several of the buildings. When the housing development opened up, more than 500,000 visitors tromped through its streets to see the new architecture for themselves.

The project was a power of wills. The city wanted a humble demonstration of housing with an emphasis on local architect; Mies wanted an avant-garde display of international Modernism. Mies and the avant-garde won.

The project was not without its drama. Mies excluded Adolf Loos from the project, something Loos remained bitter about (although Loos blamed the mayor). The authors speculate that Loos' designs had become embarrassing, such as his goofy Post-Modern-before-there-was-Post-Modern proposal for the Tribune building in Chicago. Loos was too much of a wildcard.

With many different architects designing so many different buildings, Mies needed to somehow tie the projects together visually. He did this by requiring the use of an off-white paint for most of the surface with color allowed to highlight distinct parts of the architecture. And many of the architects used color to great effect. Even Gropius, recently influenced by van Doesburg's du Stijl movement, colored his work at Weissenhof. Nevertheless, white remained the Modernists color of choice, "...the tabular rasa reshaped only by pure form, space, structure, and function." The unifying use of white at the Weissenhof "led the way in the new direction" in the use of color in Modern architecture.

Corbusier's villas at the Weissenhof were the "pretext of the announcement" (Corbu's words) for his article "The Five Points of Architecture" (pilotis, roof garden, free plan, ribbon window, and free facade).

After the opening, people expressed concerns about the designs, particularly how open they were to the outdoors, thus presenting a threat to traditional family life. Critics described the houses and apartments as anti-children because of their clean surfaces and machine-like perfection. After the exhibition, Stuttgart debated what to do with the houses and apartment buildings. One local stated that the project had "produced nothing of aesthetic value". Nevertheless, the city was able to easily rent everything in short order except Corbusier's villas due to concerns that all the natural light would be bad for people's health. Shortly before World War II, the German army considered razing the development to build a base, but decided on another location.

Although the Weissenhof suffered damage during WWII, losing entire houses, somehow the bombs missed the real gems (perhaps the gods are Modernists as well!). Nonetheless, houses by Gropius and the Tauts were destroyed and modified. However, since the war, many of the buildings have been rebuilt or remodeled back to their original plans.
I about a month, the bride and I will be in Stuttgart to see the Weissenhof for ourselves. Expect a report back soon! 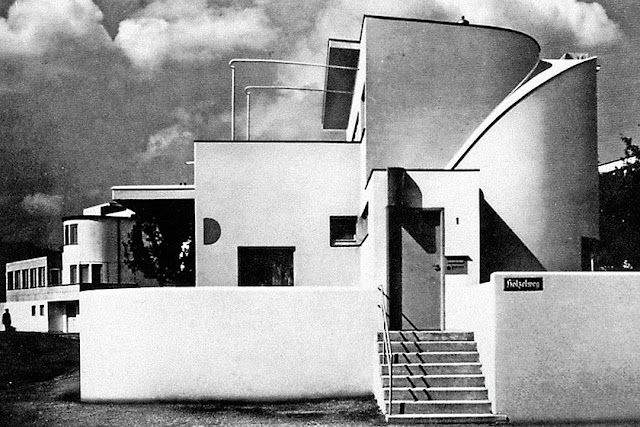 This Scharoun house is one of my fave early-Modern houses. 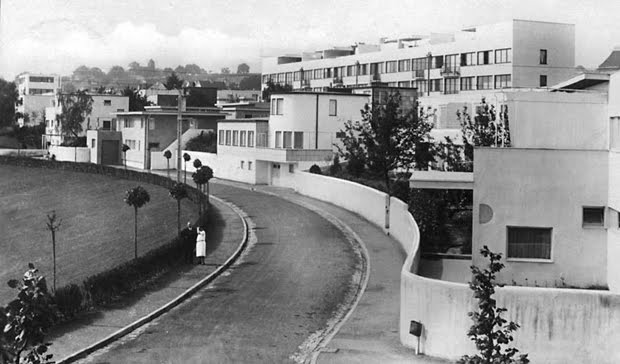 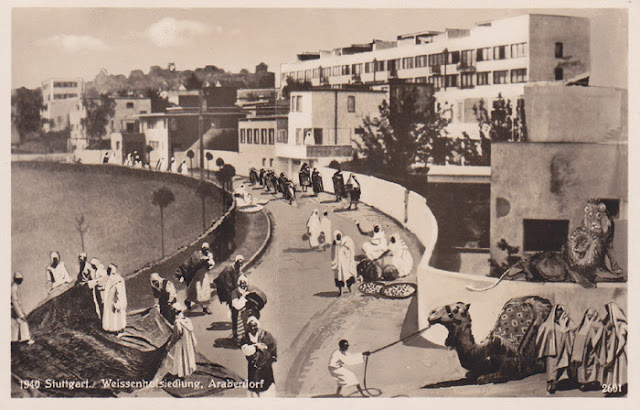 Detractors of the project produced this postcard poking fun at the Meditteranean influence on Modernism. 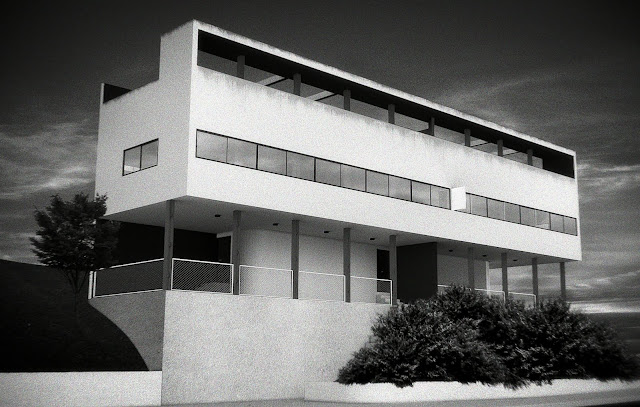 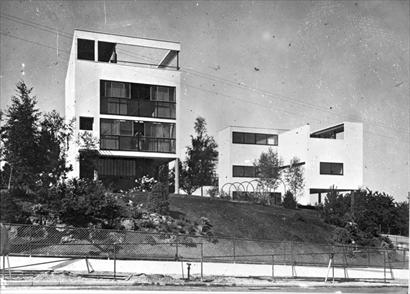 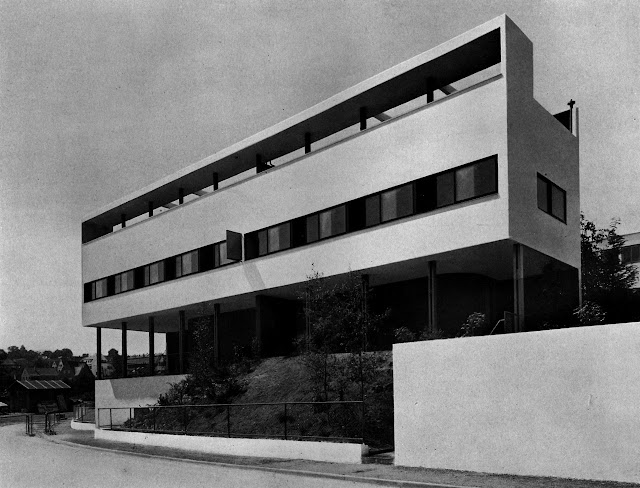 One of Corbu's villas 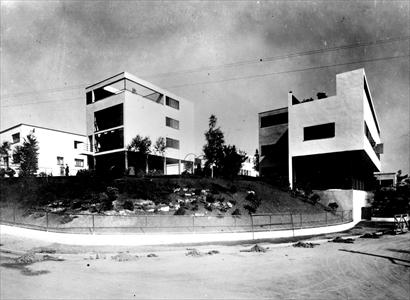 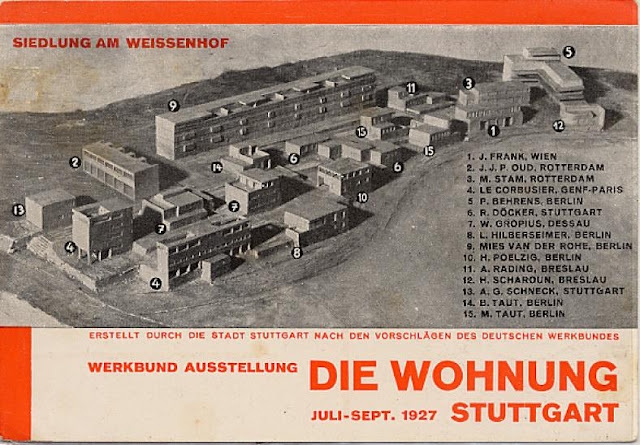 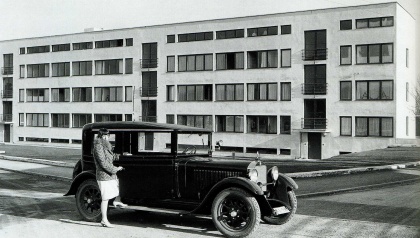 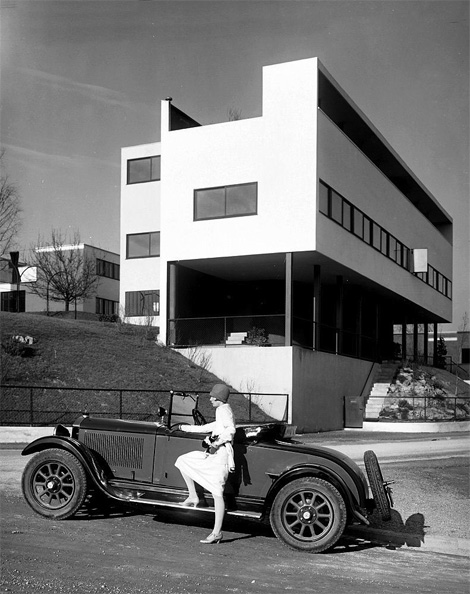 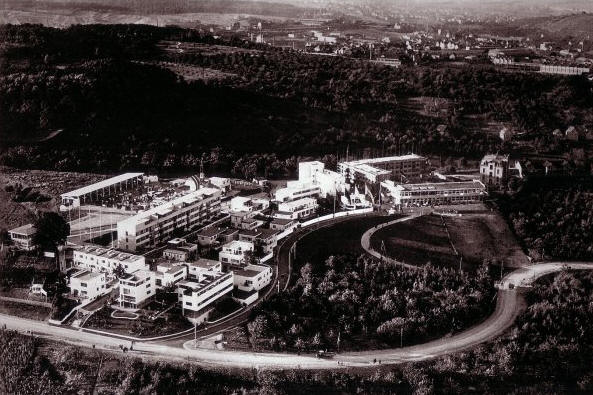 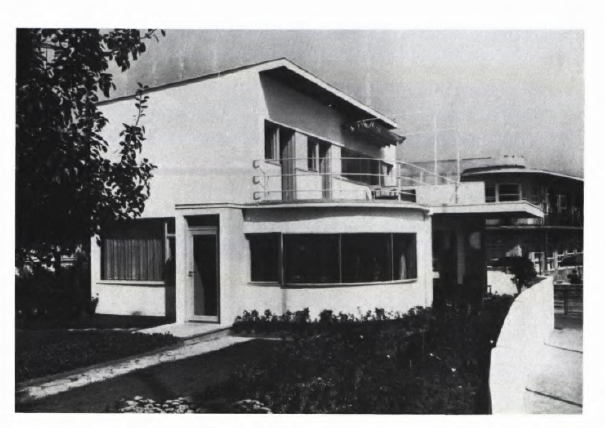 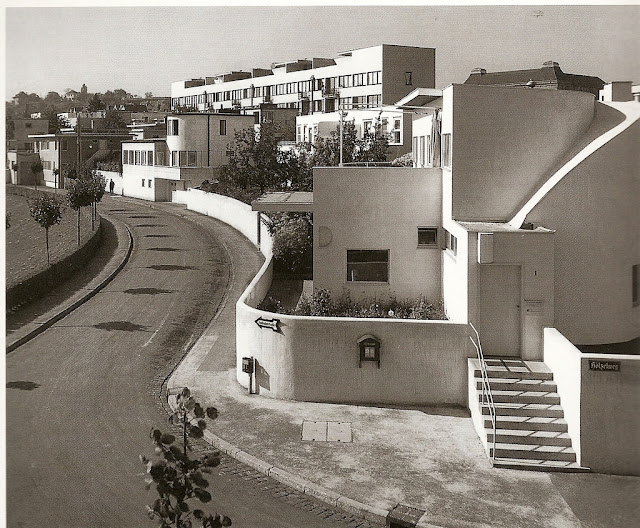 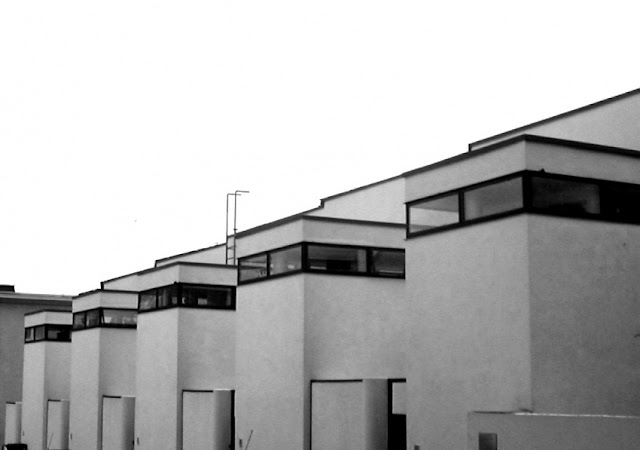 Posted by bubba of the bubbles at 9:34 PM