In our master landscaping plan, we have space for a deck/stage in the back yard. I reached out to a couple deck builders to get this done; however, they were not amenable to building anything more than a standard suburban deck.

I didn't think we were asking for too much...

In short, we want a platform deck with Hardie-covered sides such that they evoke the fascia on the house. Nobody wanted to mess with those sides ("You don't want to do that..."). I put the project on the back burner.

Last week at Lowe's I flipped through a Black and Decker project book to see what they had about sheds (stay tuned...) and decided to look at deck instructions. Lo and behold they had plans for a platform deck at just (about) the size we want. I made a mental note about the framing, but frowned at the use of concrete deck blocks instead of piers. I then spent the afternoon doing this and that in the back yard and saw how small our deck/stage is going to be (maybe we don't really need piers...) and the fact that there's pea gravel where we're going to install it (it'll be easy to level those suckers). "Well shucks," I thought to myself. "Maybe deck blocks are the way to go!" And if I don't have to dig holes, why not do it myself!

Weekend project, I know you now. 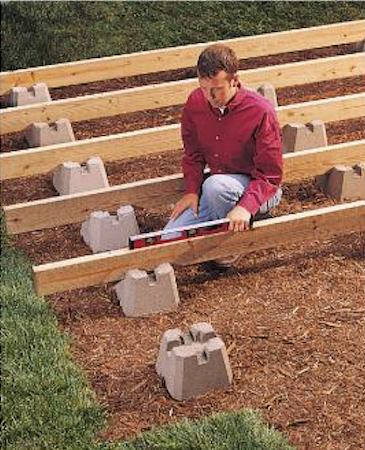 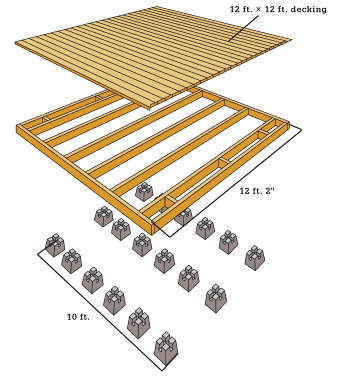 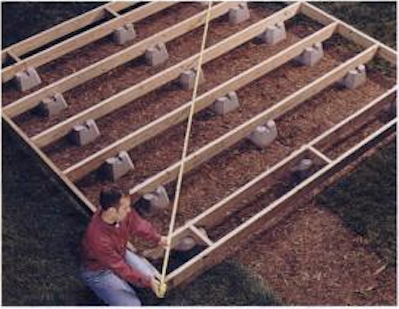 Posted by bubba of the bubbles at 7:53 PM