dancing with architecture: Bartlesville, Oklahoma (with a side of Dewey) 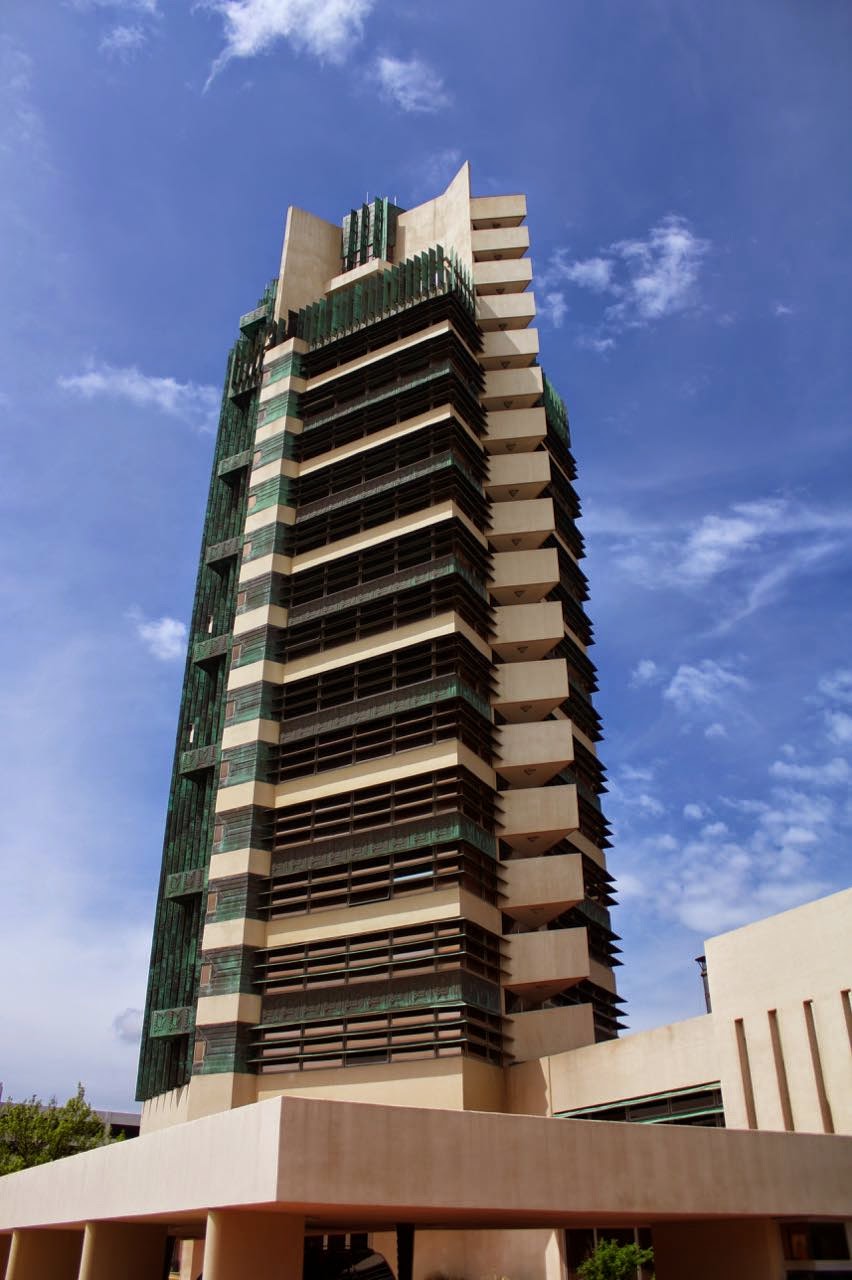 I found myself at a water meeting in Tulsa last week (expect a post soon on Tulsa...), so after we finished the meeting around noon, I hightailed it an hour north to Bartlesville to tour Frank Lloyd Wright's Price Tower and to street gawk at some Bruce Goffs in the area.

Price Tower was built between 1952 and 1956, although the design harkens from the late 1920s when Wright originally designed the building for New York City. When Harald Price approached Wright about building a new office building for his pipeline lining company, he expected a low-rise. Instead, he walked out of Wright's office with a skyscraper that Wright dubbed "the tree that escaped the forest".

'Tree' is an appropriate word for the building. This scraper is anchored with a deep taproot foundation, has cantilevered branches (the floors), and has leaves (the green patina'd cooper louvres).  Since a tree looks different from every angle, so does the building, according to Wright.

The building was originally multi-use: businesses on the first floor, offices on the north side, and residences on the south side. Mr. Price occupied the uppermost floor with an office, ample patios, and commanding views.

The place now hosts the Price Tower Arts Center (which currently has a show of Bruff Goff artwork salvaged from one of his buildings), a restaurant/bar, and a hotel (it was unclear what the office space side of the structure is used for...). I partook of the one-hour tour (and was the only attendee!). Sadly, no indoor photos allowed during the tour... 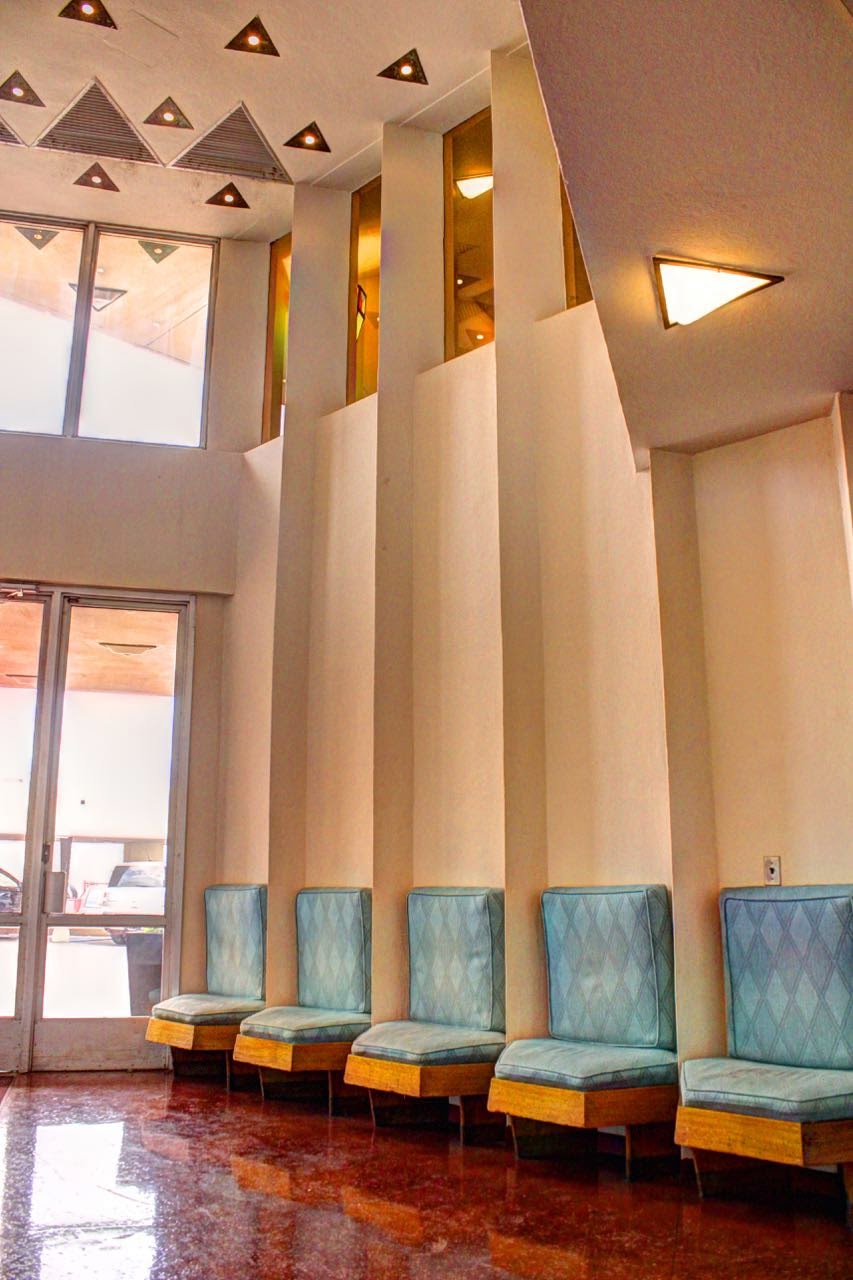 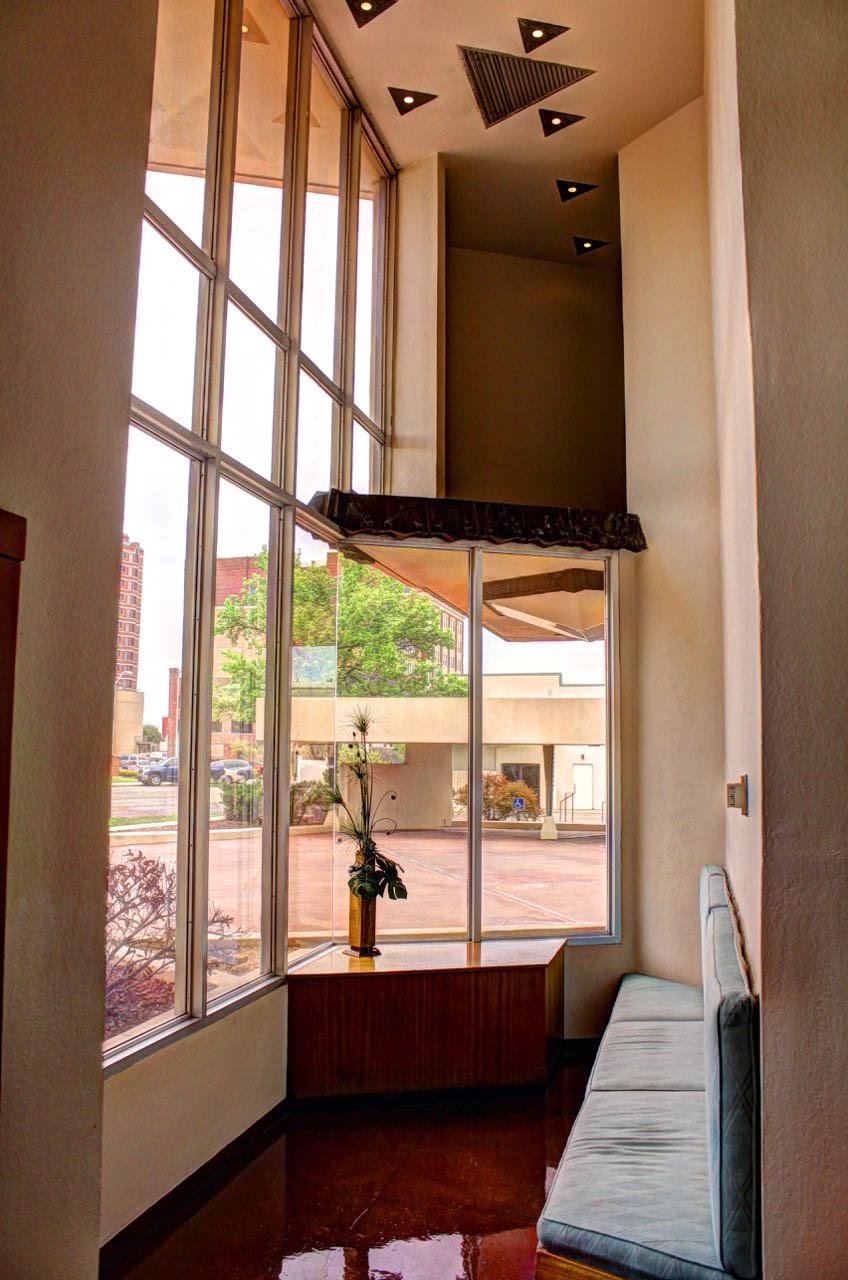 This used to be the newspaper/cigar shop. 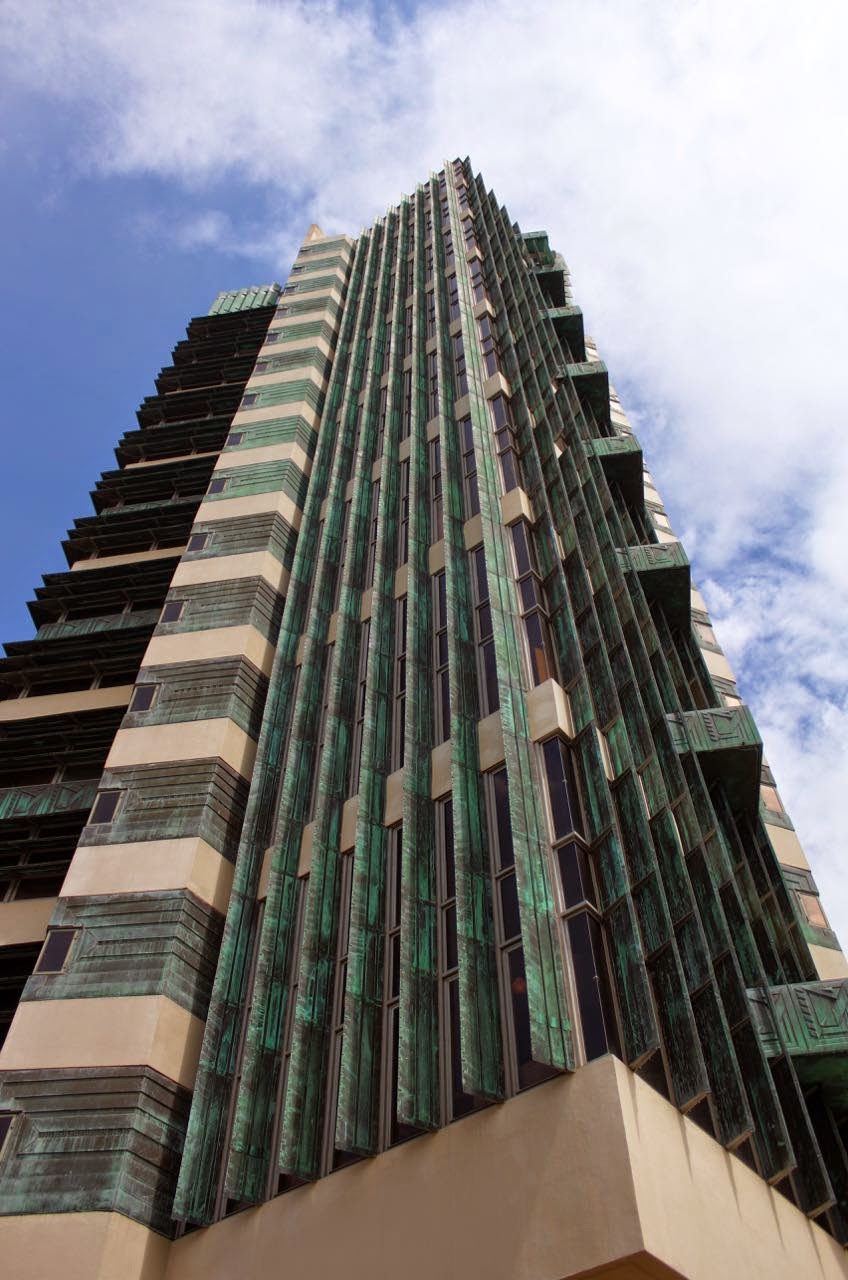 The residential side of the building is marked by vertical louvres 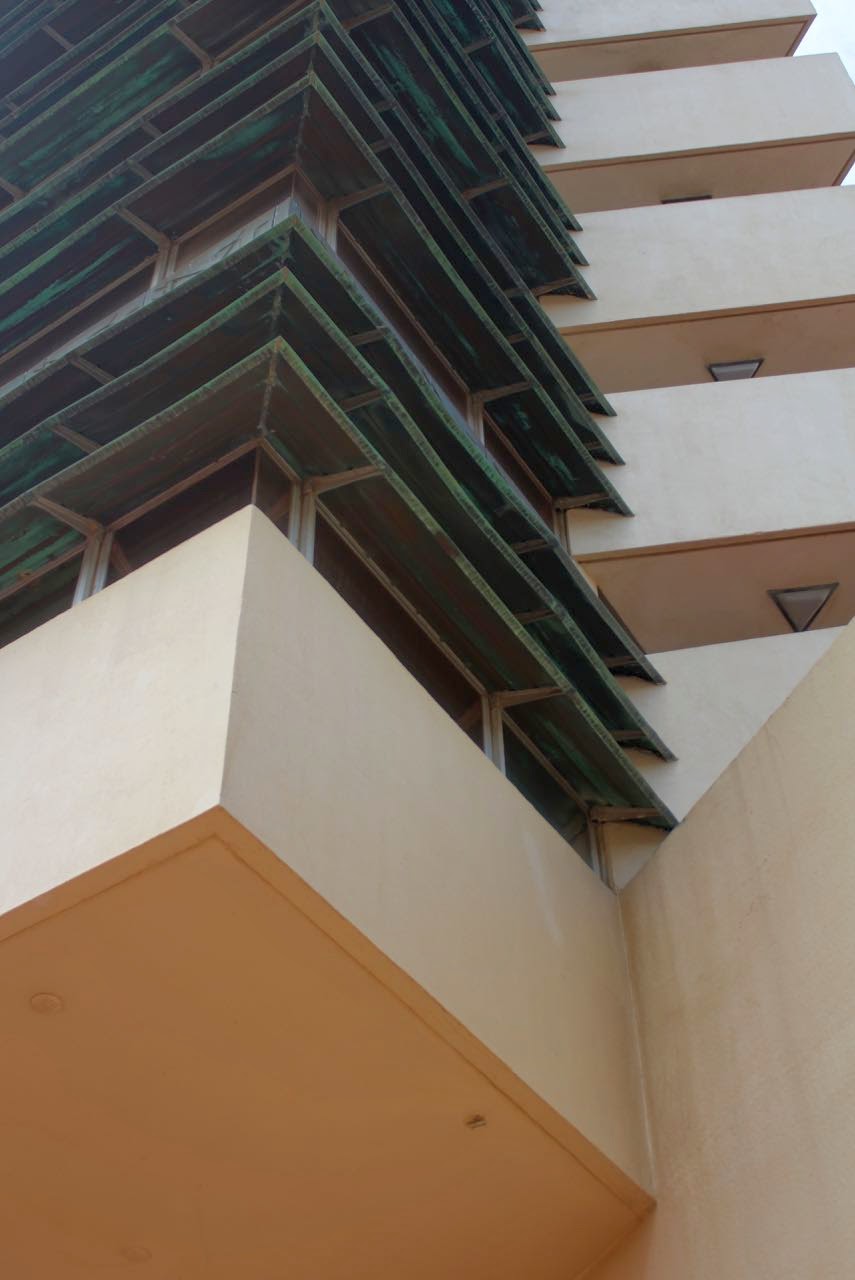 The office side of the building is marked by horizontal louvres. The "patios" (to the right in this photo) actually hold the stairs. 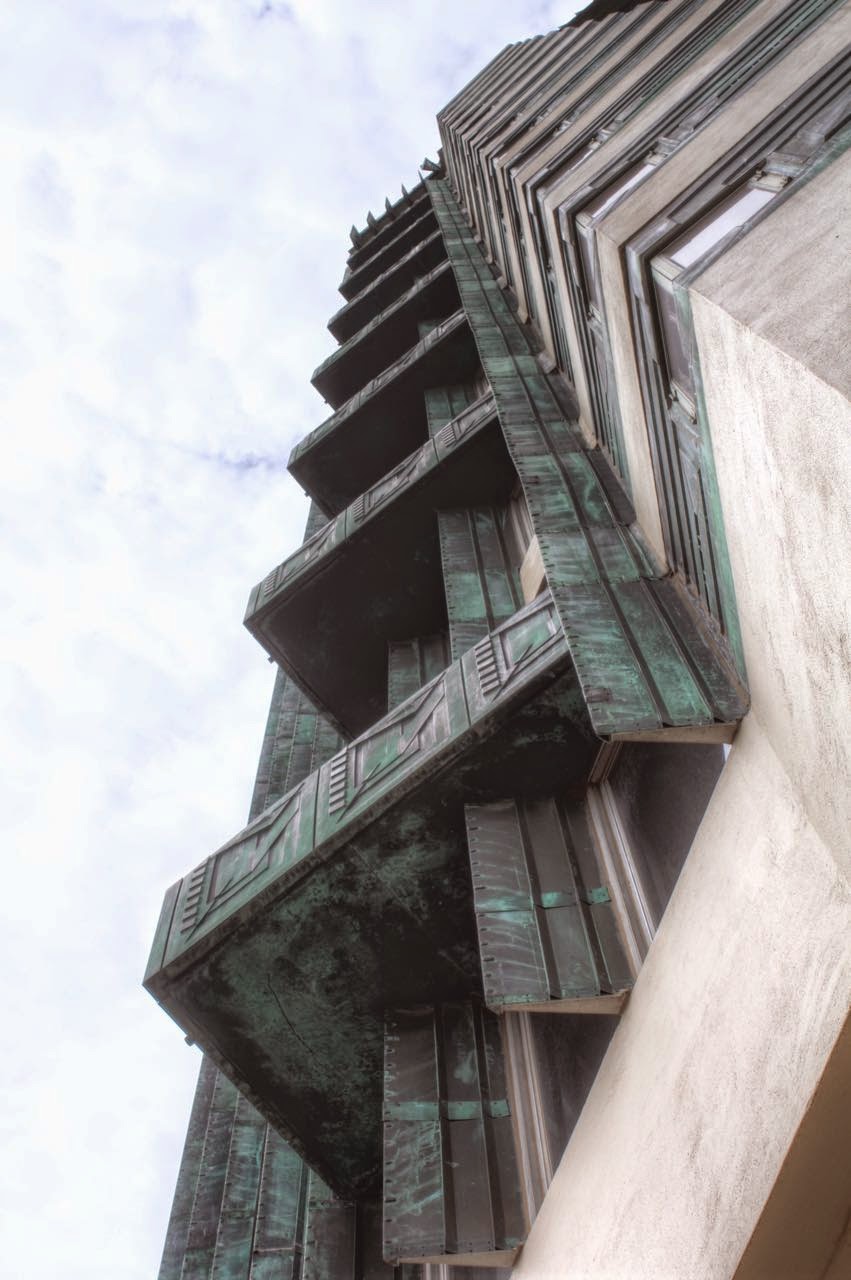 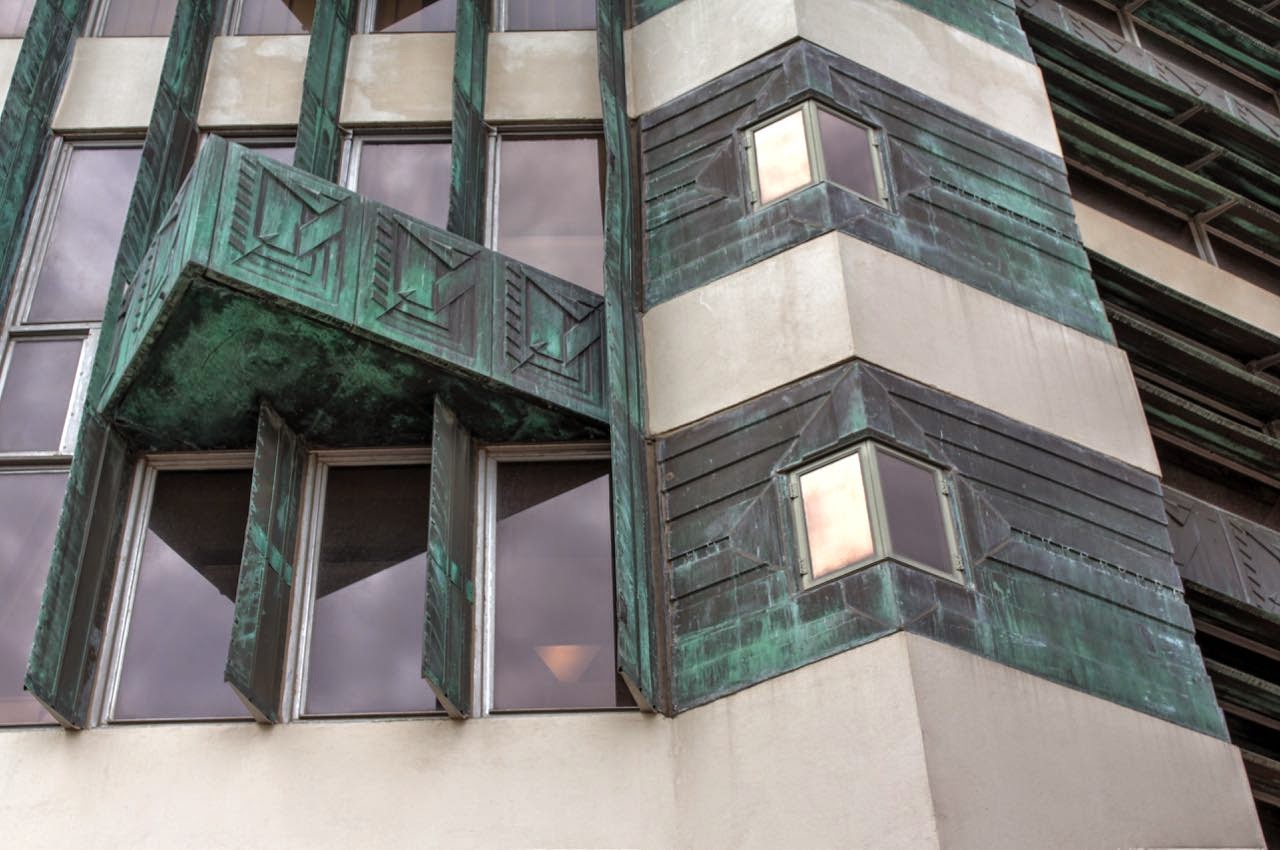 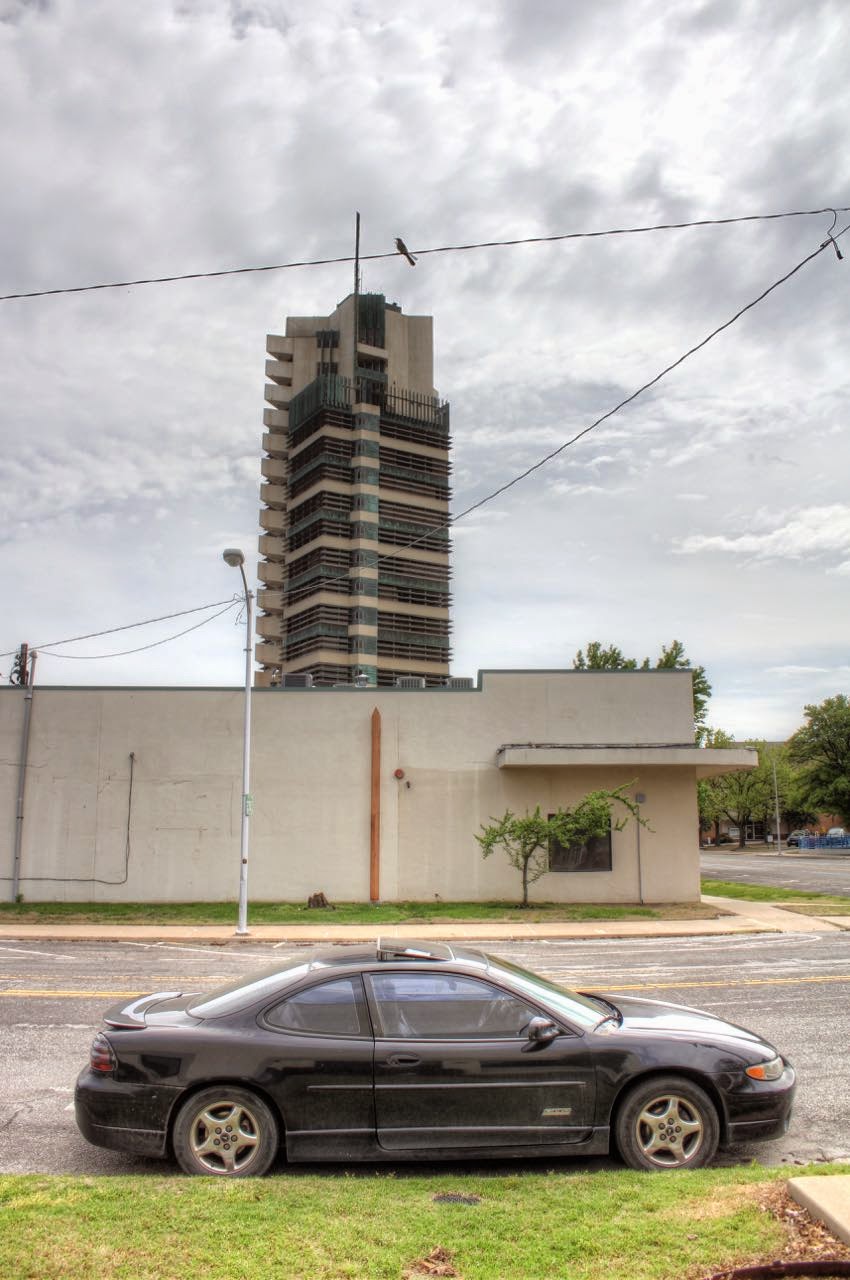 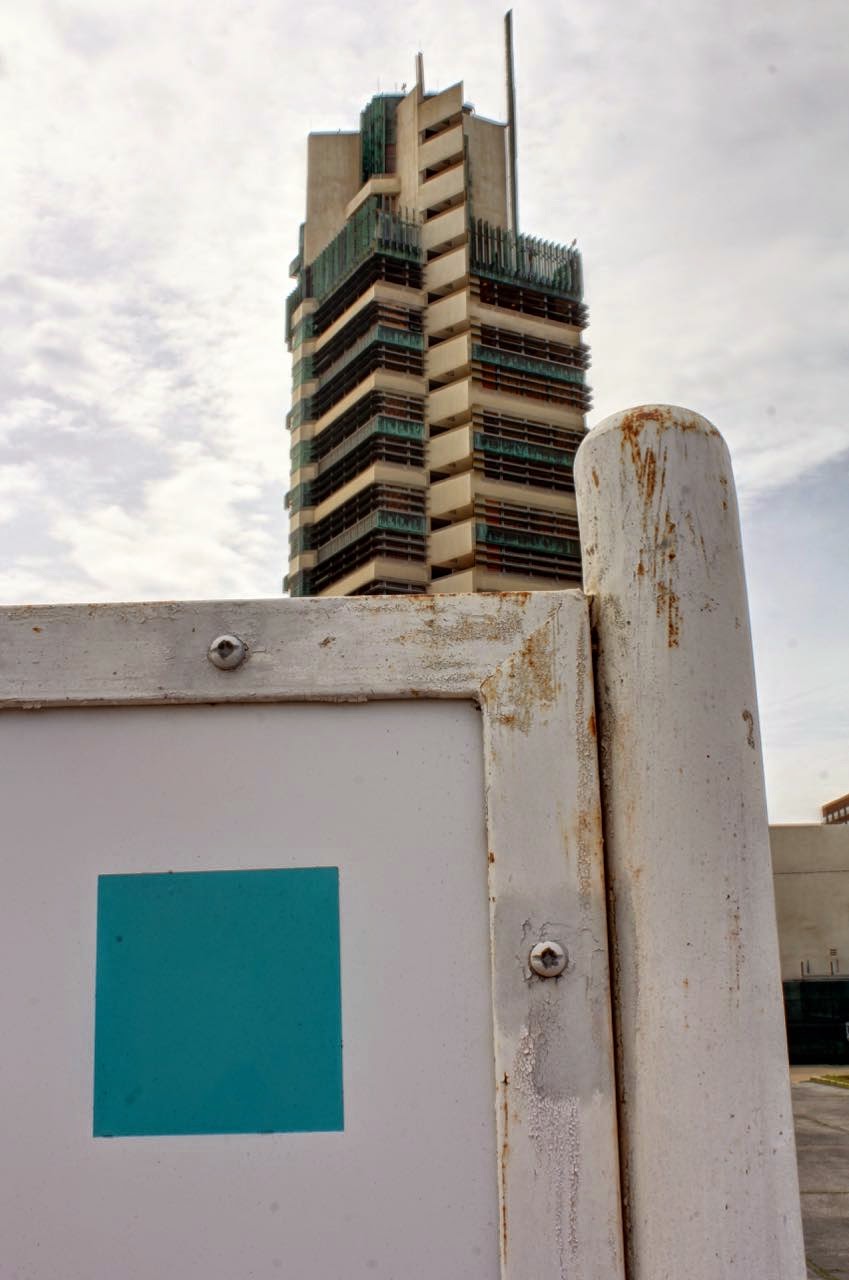 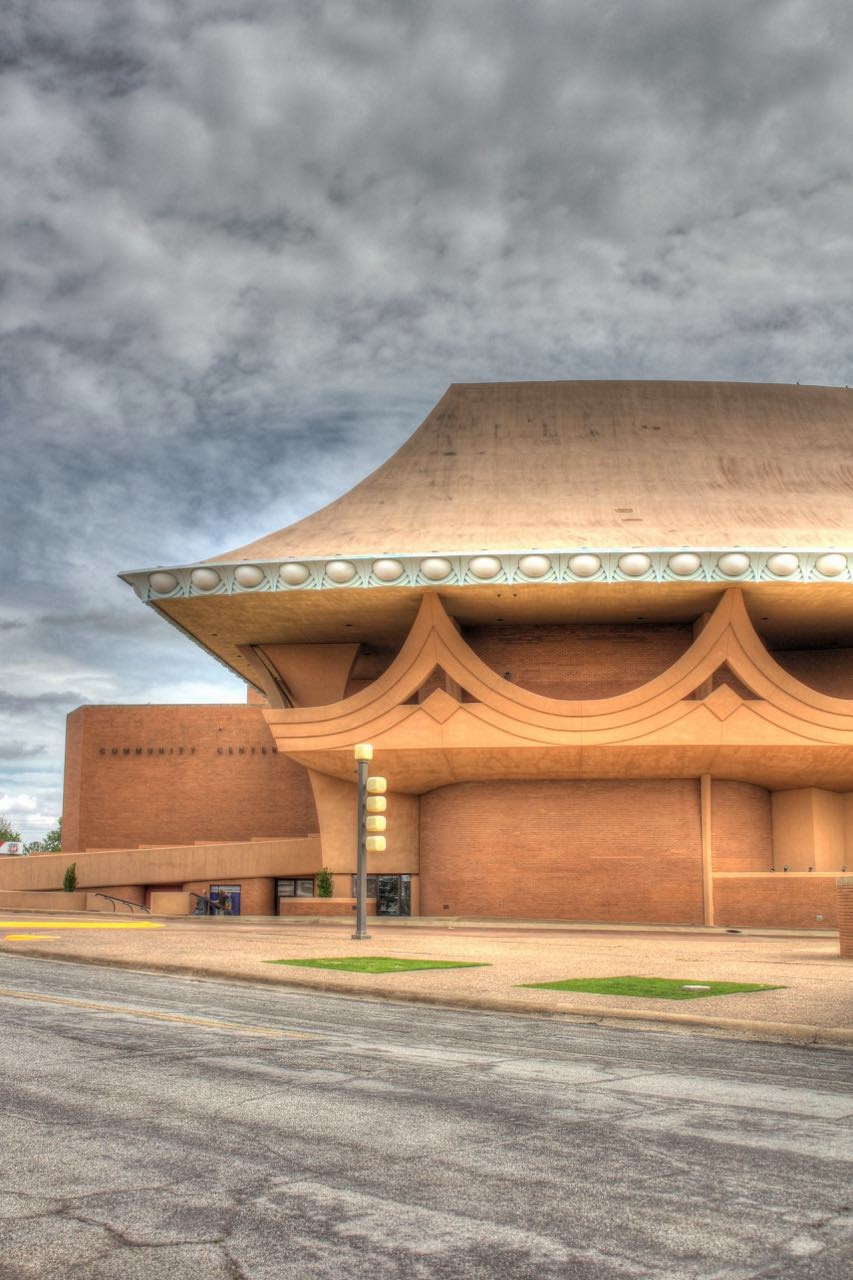 This performance center was designed by Taliesen Architects. 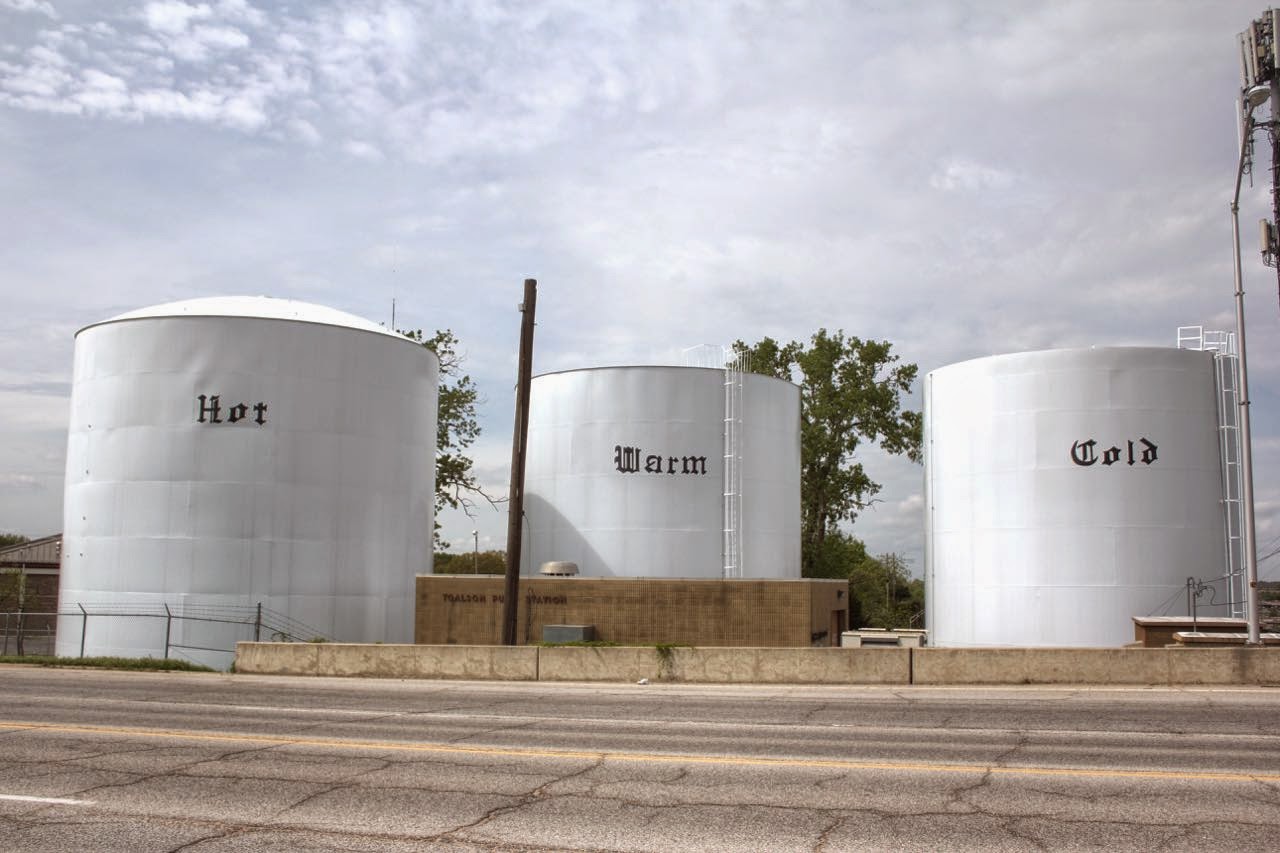 Bruce Goff is a prominent modernist architect that practiced in Oklahoma (more on Goff in an upcoming Tulsa post). After being forced to resign from the University of Oklahoma in the 1950s for being gay, Bruce Goff moved into one of the units at the Price Tower to practice architecture in Bartlesville; therefore, several inventive (some would say wacky) Goff structures exist in the area. 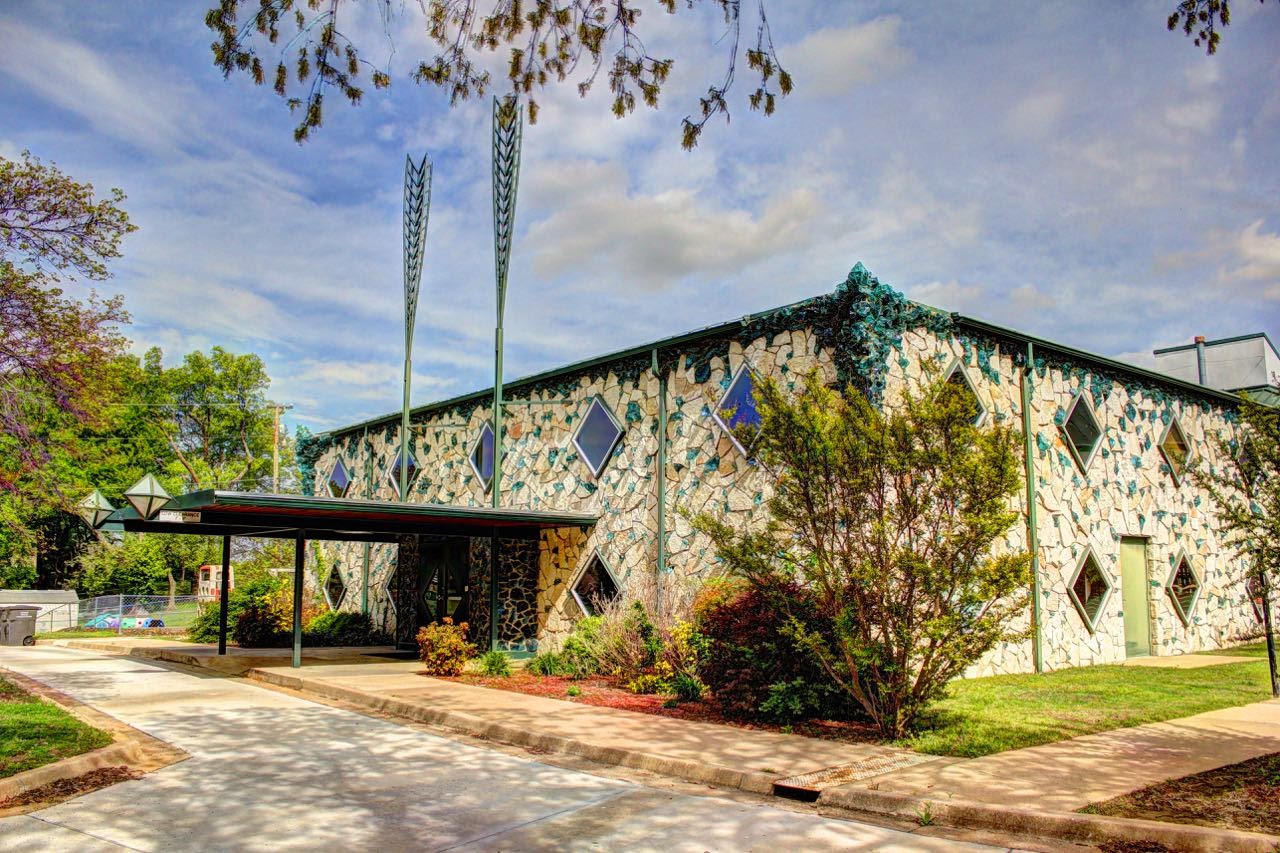 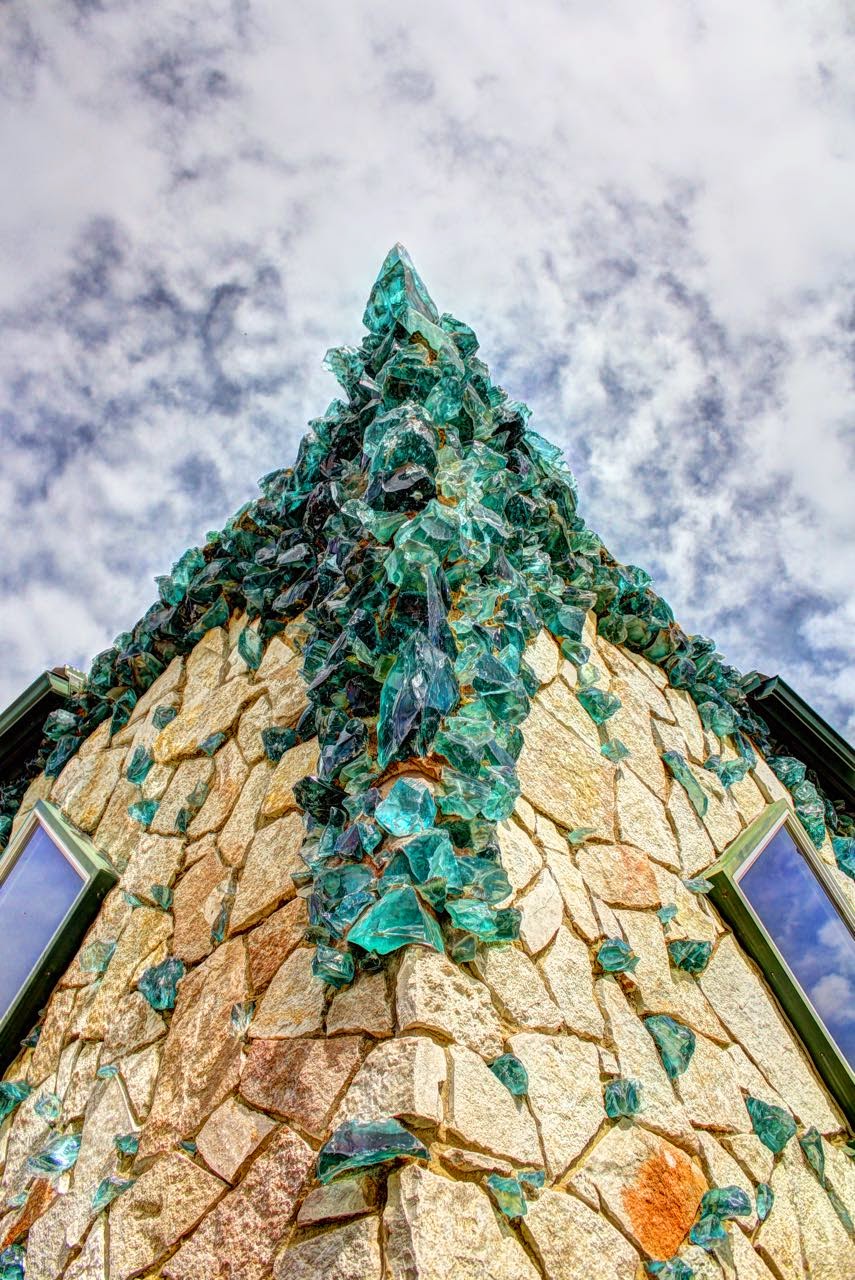 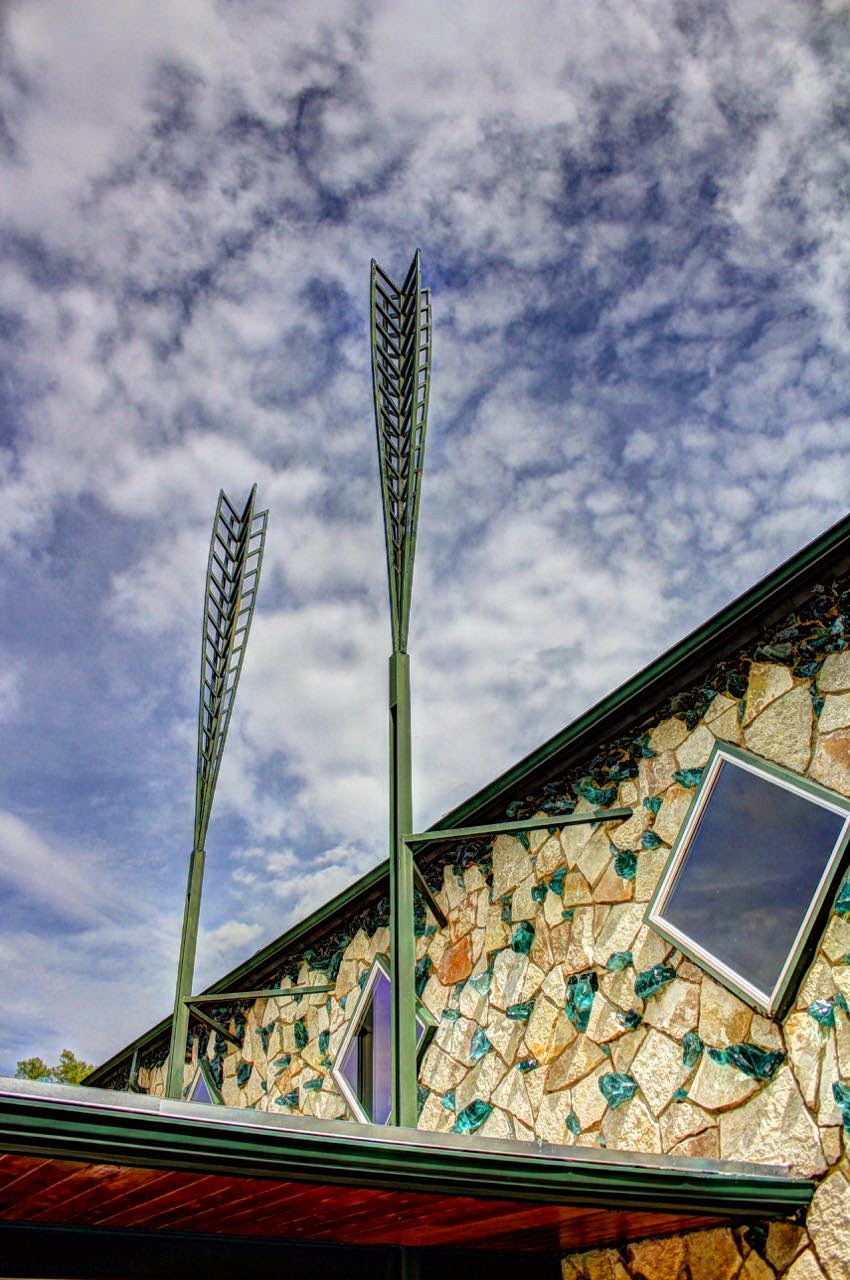 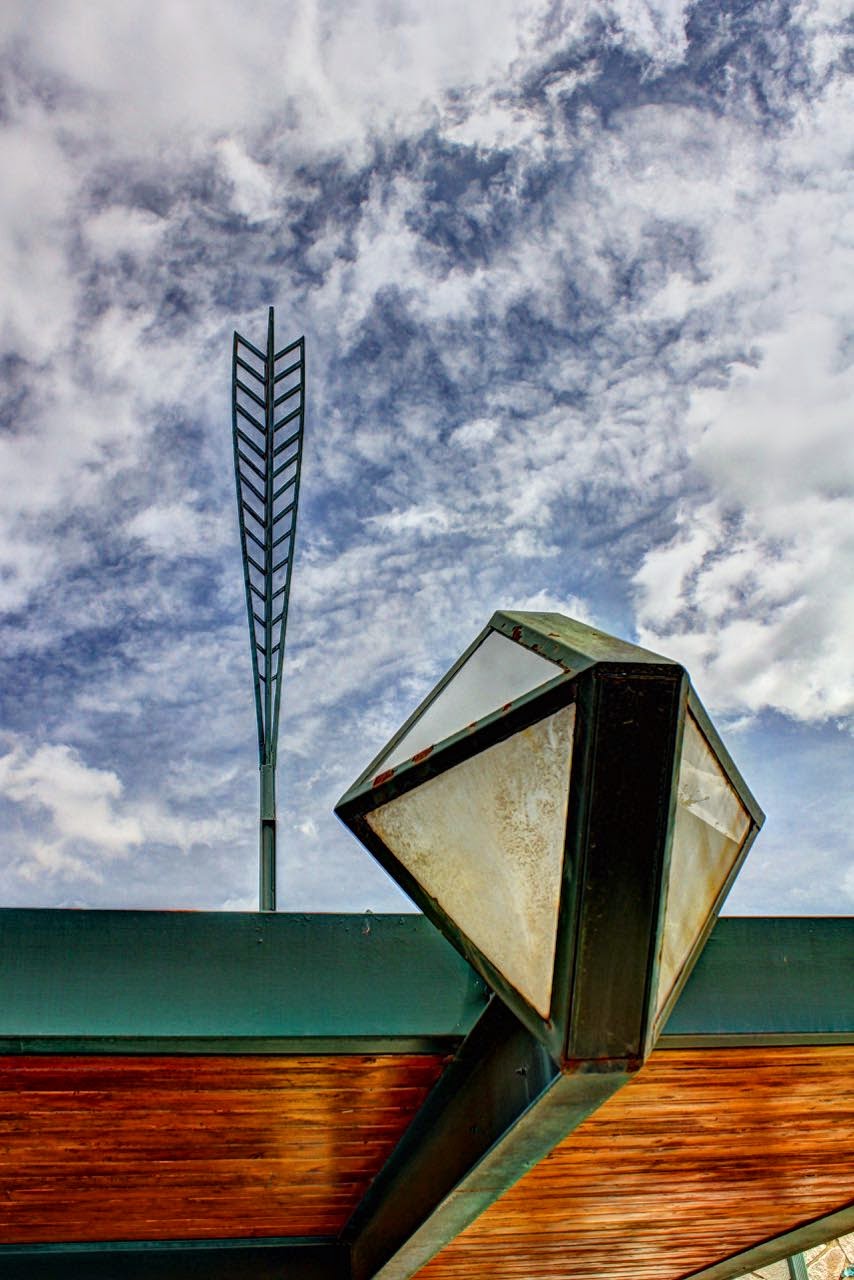 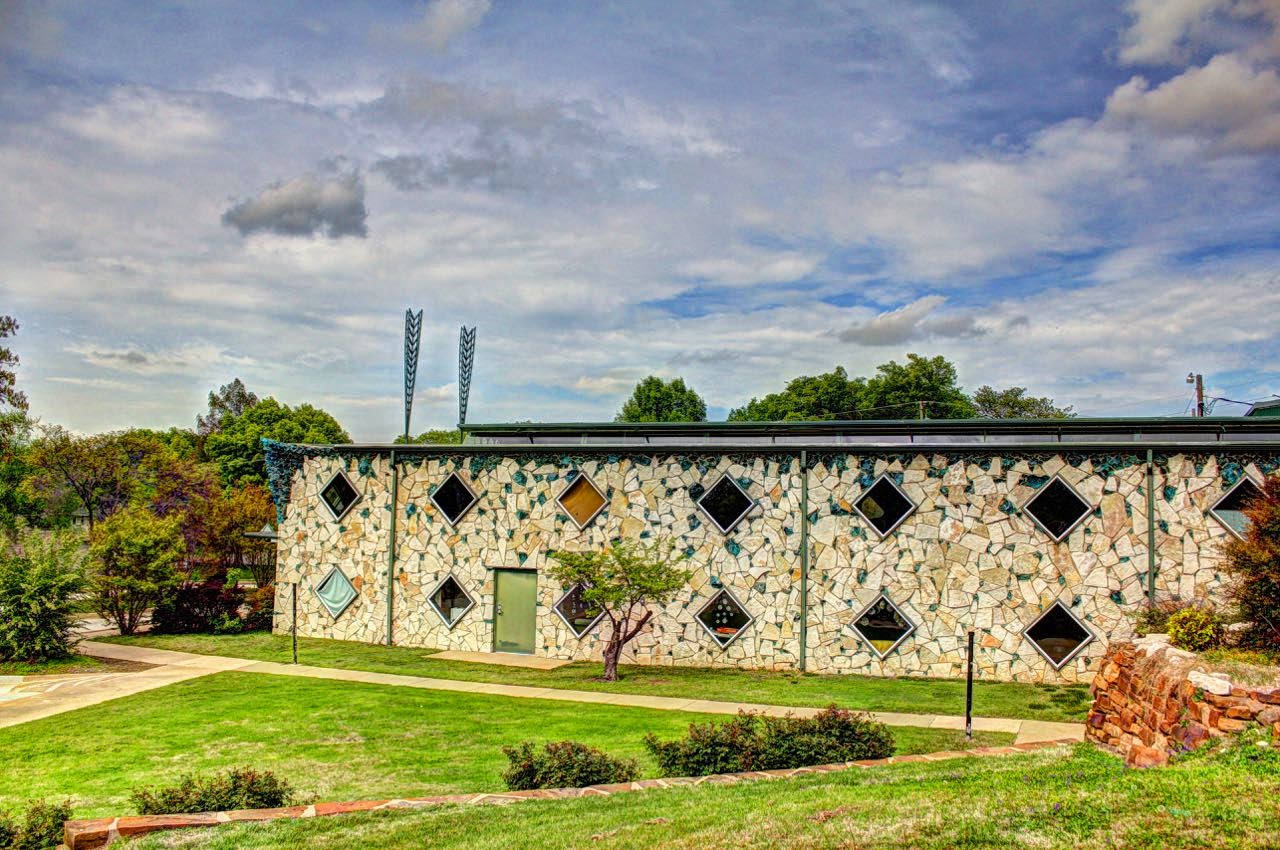 Just down the street from the church are two houses designed by Goff. The Harold Jones House 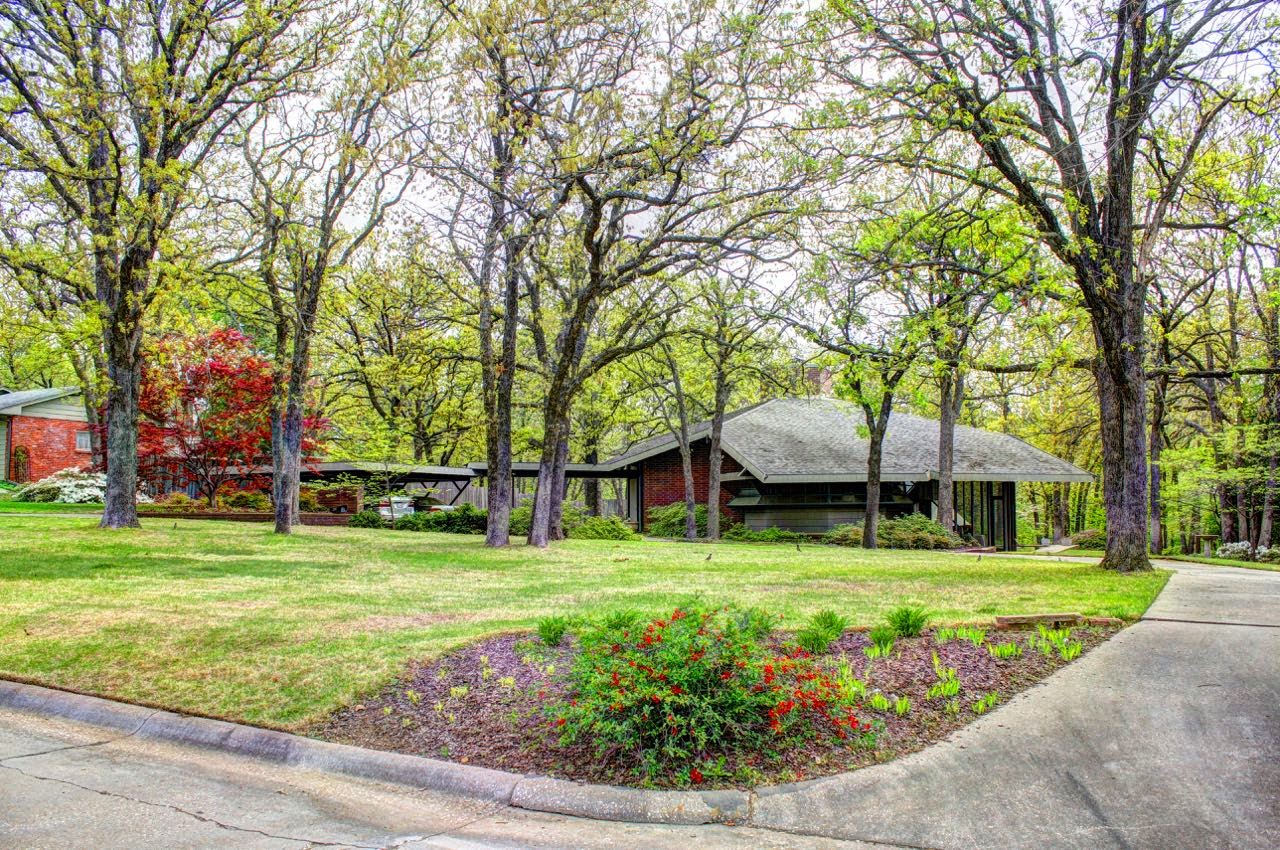 and the Russell Collins House: 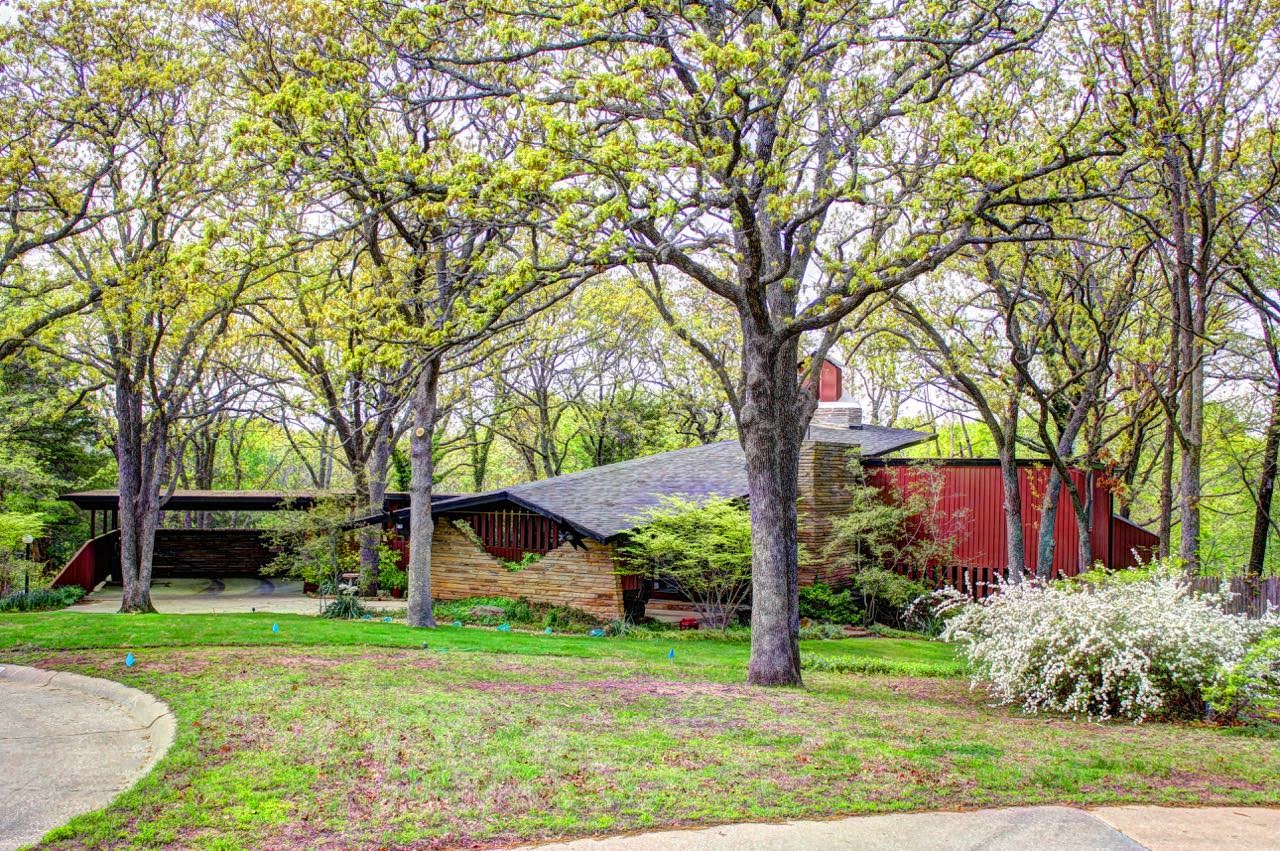 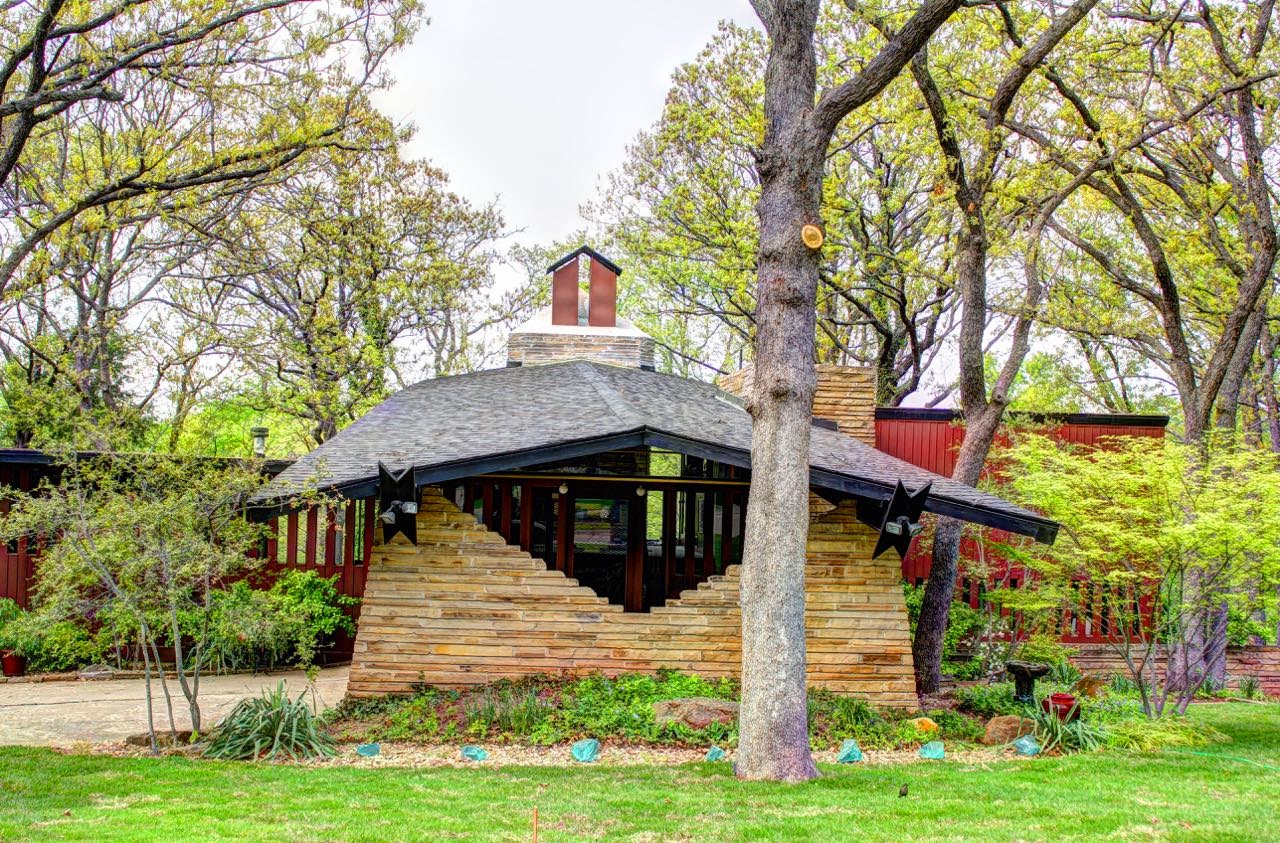 A short drive away is the J.R. Alright House: 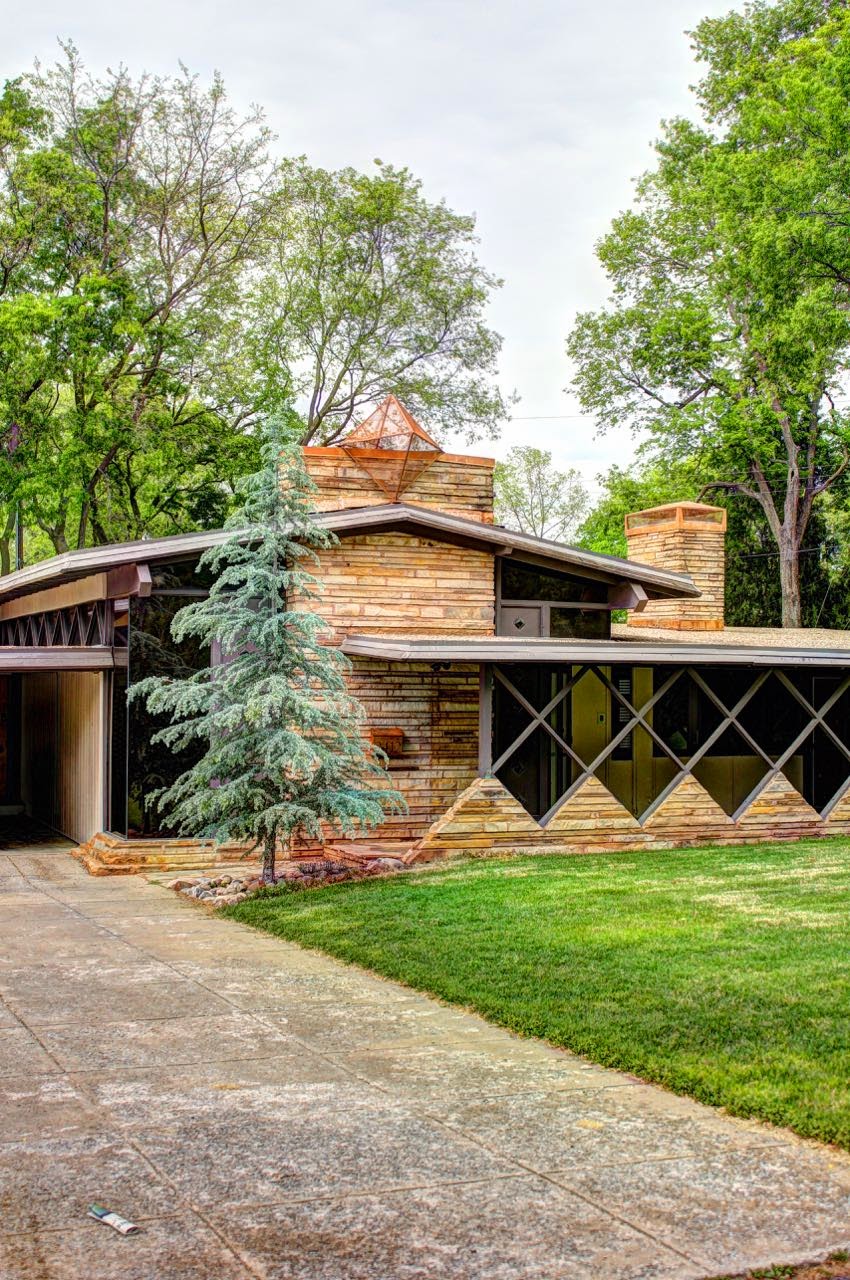 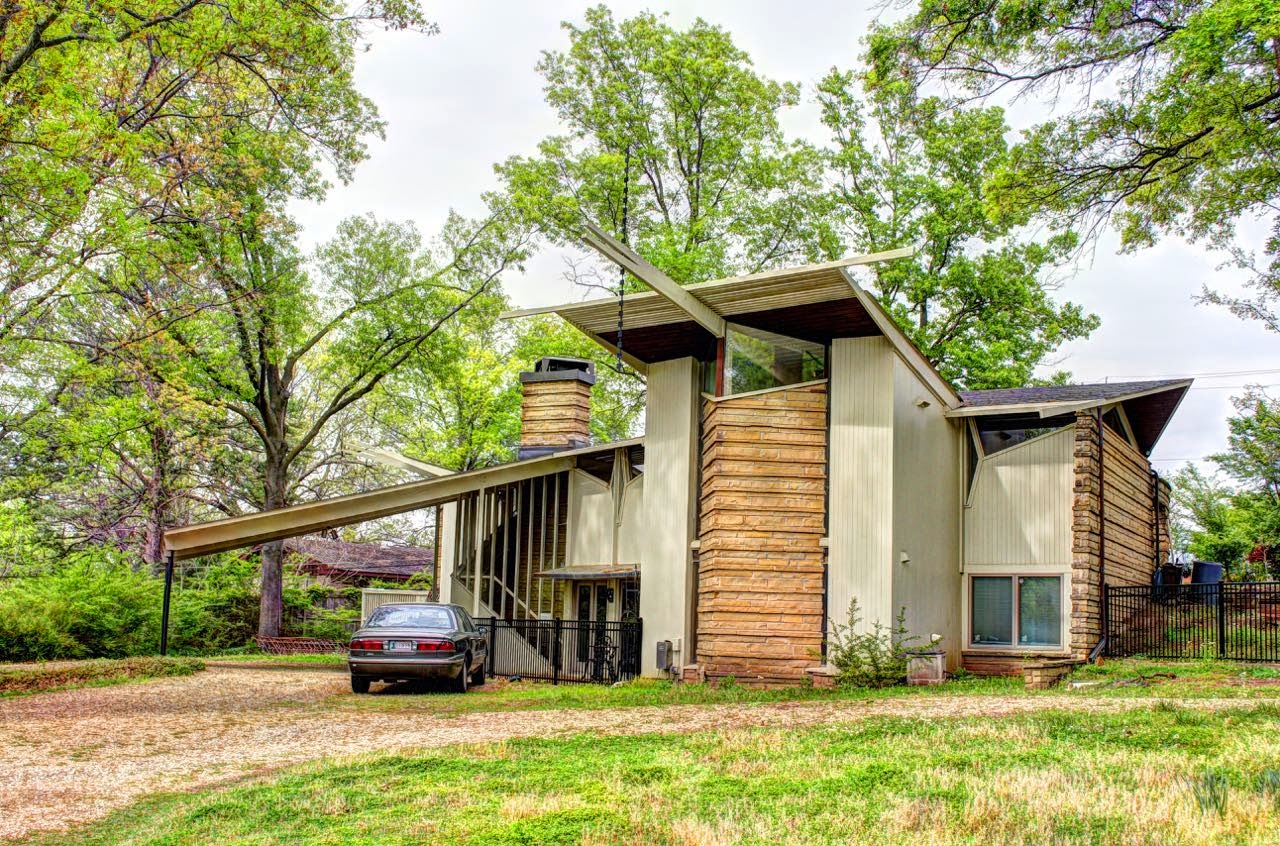 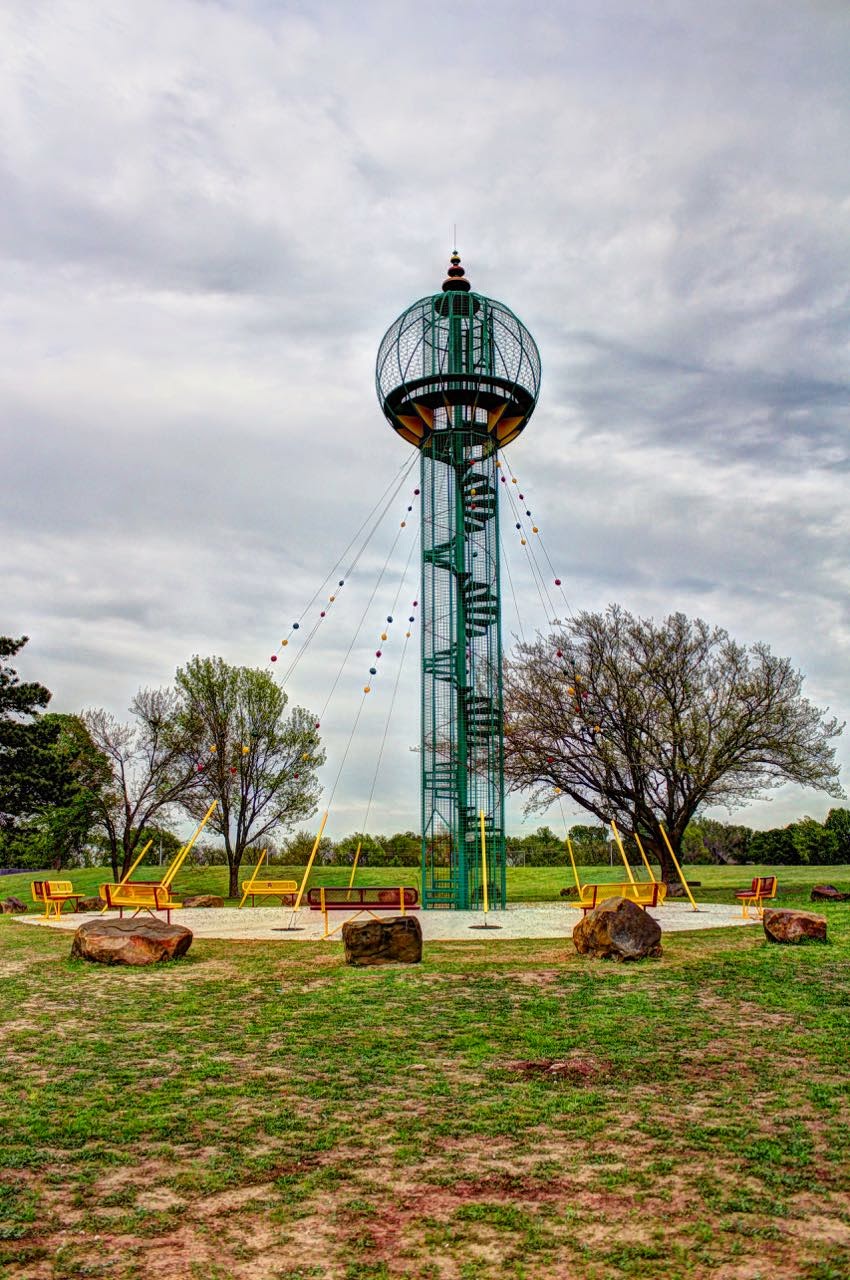 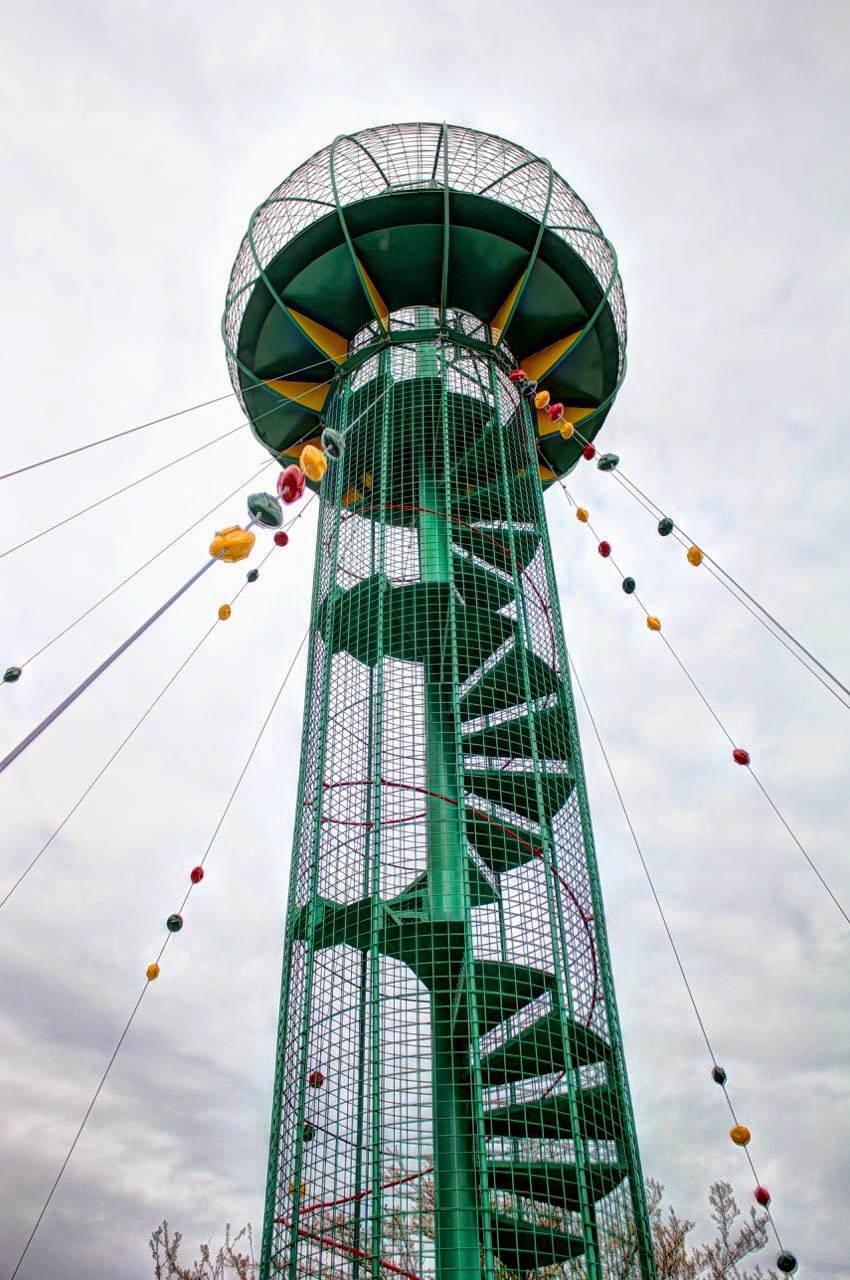 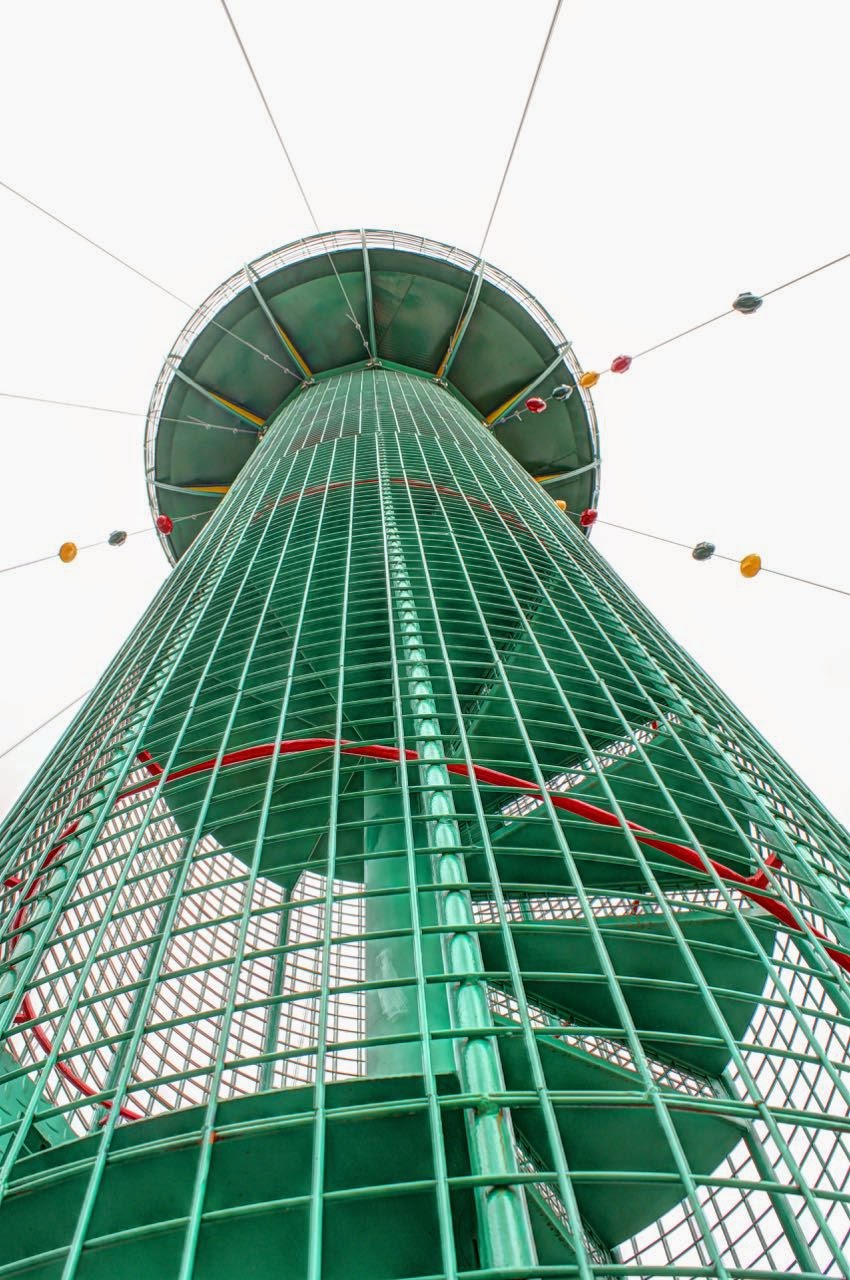 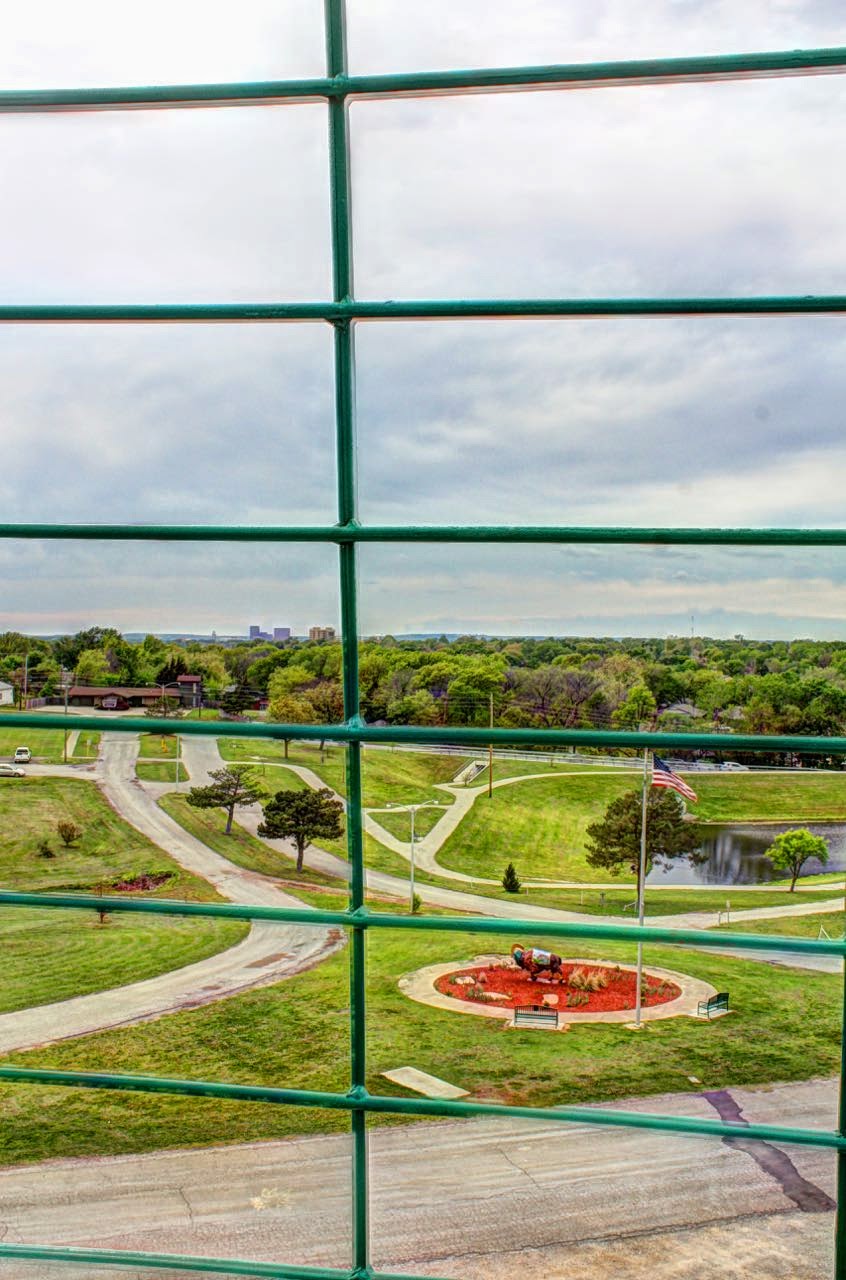 If you look closely, you can see Price tower in the distance...

And then a wee bit up the road in Dewey is the rather amazing C.A. Comer House: 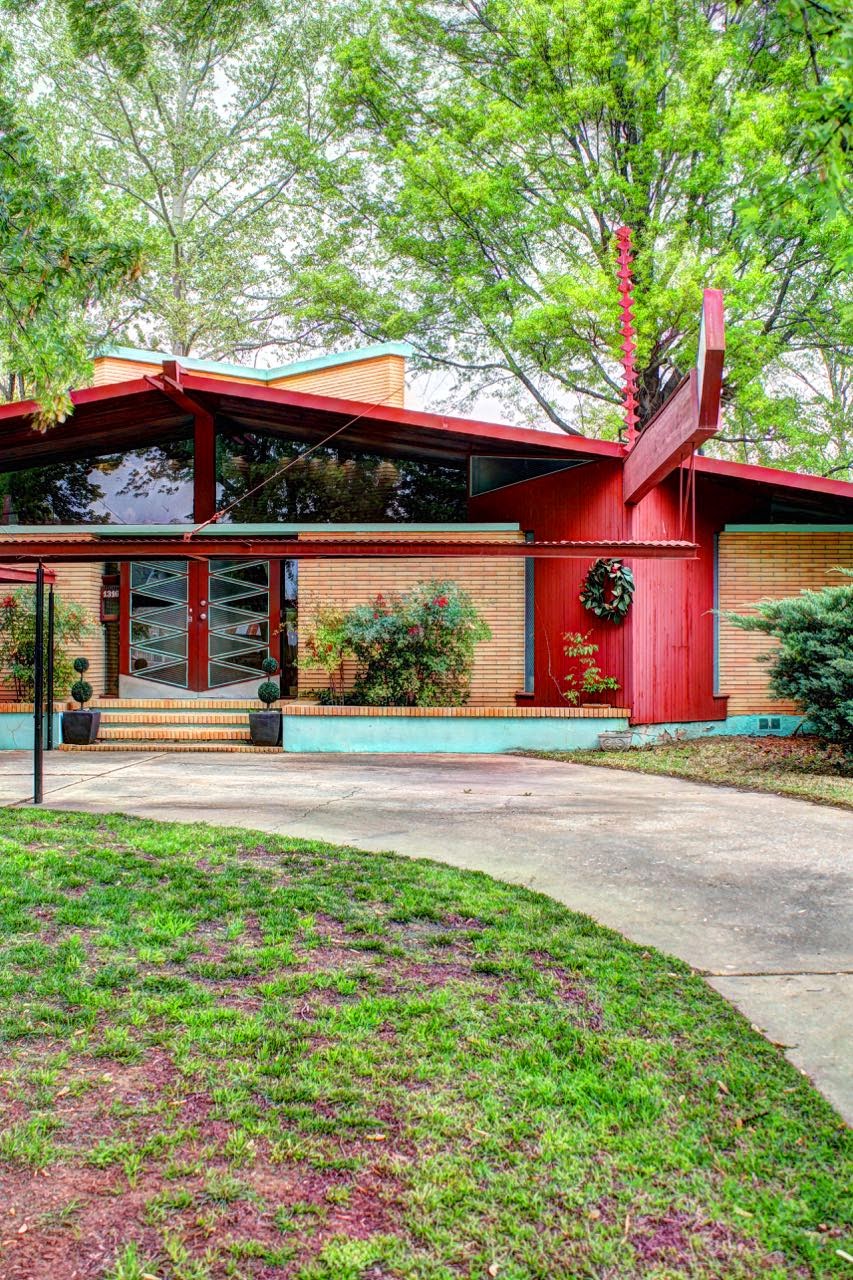 Thanks to Mid Century Modern's post on Goff in Bartlesville for the tips! After learning that Goff had an office in Bartlesville, I Googled him to see what he was available in the area, and that uber helpful post (with addresses) popped up.

I hope to get back this way soon to stay in the hotel and check out some other Goffs in the area (and to bring the bride, who was bummed I saw this all without her).
Posted by bubba of the bubbles at 1:54 AM