We met with the architects and builder on Friday for our pre-construction meeting. Items discussed:

Hard to believe, but actual work, real groundbreaking, has begun! The builder and his boys prepped the lot, which required the removal of several trees, a bit of brush, and a couple peninsulas of fencing. He also said the work gained a lot of attention, including a 311 call to the city from a neighbor concerned about the trees (Yes, m'am, we have permits). The lot clearing got ahead of us giving the neighbors and neighborhood a heads up, but we're reaching out now (more on this later...). The builder said about eight people stopped by to ask about what was going on.

We ventured out to the lot (can we call it "building site" now?) earlier today to see the status (and feed the worms). Talked to a few of the neighbors, including a friend that lives a couple blocks down the street. She told us a harrowing tale of a sinkhole appearing in her back yard that turned out to be the abandoned septic tank from when her house was originally built. Apparently the hood wasn't originally connected to city sewer when it was built. We're wondering whether or not we have a septic surprise waiting for us when the foundation goes in...  One of the folks that stopped to visit was a sometimes architect excited that we were building a Modern house in the neighborhood (and thought that maybe we were a husband-wife architect team, probably based on our excellent taste in t-shirts and shoes). And we're excited he's excited! 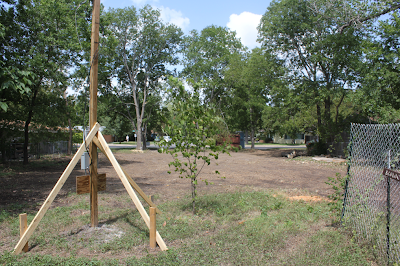 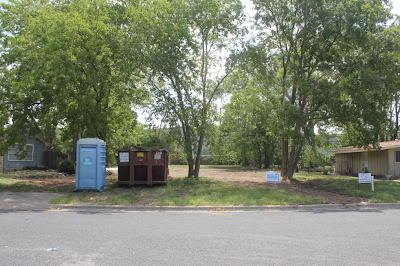 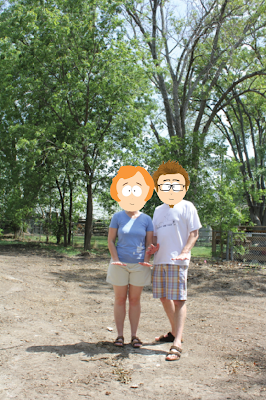 One more tree needs to come down on Monday and then the foundation forms go up on Tuesday or Wednesday. Things are moving quickly now!

The house two down to the north recently sold and, if we read the paperwork out front correctly, will soon be torn down and replaced with new construction. It will be interesting to see what gets put there. Spec builders/developers are crawling all over town these days. We feel sorry for the folks living in-between us and that house. They will literally be sandwiched between construction zones. Need to dig up that chocolate chip cookie recipe... 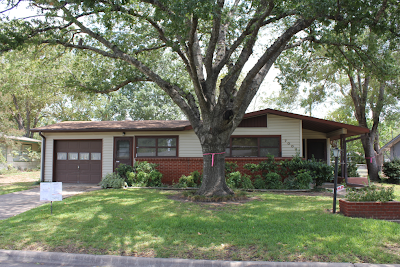 Posted by bubba of the bubbles at 8:01 PM