Window D has been devious, but it has now been conquered (maybe...). The architects originally came up with this design: 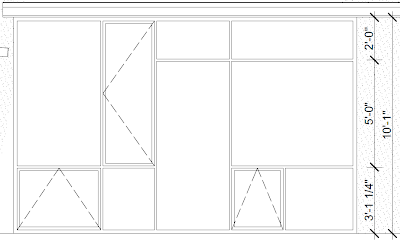 and it's rather perfect. However, it's also rather expensive. For grins, we had another window manufacturer price out the window, and they came back four grand lower. However, there was a catch: they couldn't do this exact layout because they had certain length limitations that the above configuration violated (casements [windows that open] can't be larger than 36 by 72 inches, and non-casements can't be larger than 48 by 84 inches). The manufacturer suggested this: 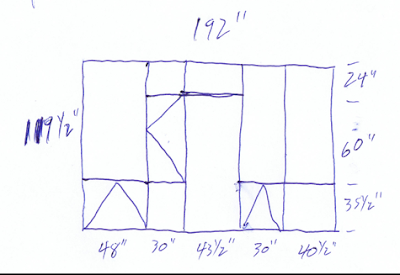 but we really wanted to see what the architect would come up with. 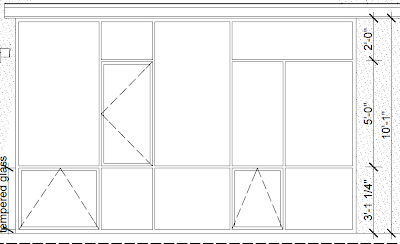 but this ain't making my monkeys howl (since the first one was rather perfect, this window redesign is an especially difficult situation...). Architect 2d favored the smaller windows on the bottom because bottom windows have to be tempered glass and tempered glass is more expensive.

I just remembered that I can edit in PDFs if the PDF is saved in a vector format, so here's another possibility: 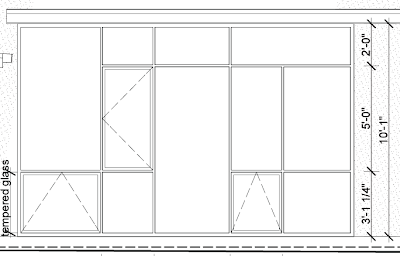 I just flipped the bottom window to the top in the center. I'm thinking I like this better. 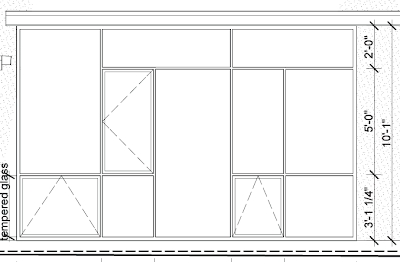 But, nah, it's not working.

At one point the architect mentioned getting rid of one of the casements, which would allow that  window with the vertical casement to be taller: 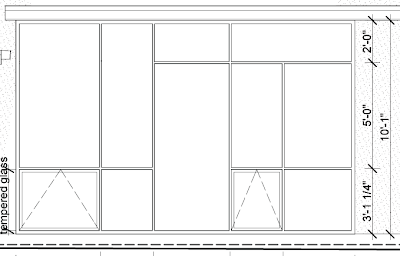 Maybe the casement on the right could be moved? 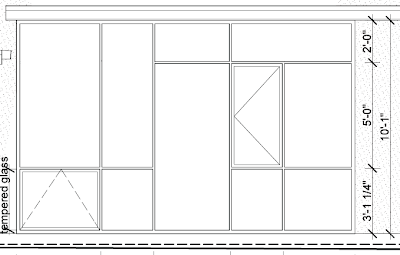 This could be it. Will have to run by the architect...

This is going to sound goofy, but as I was working on this I was noticing how freakin' big this window is: 10 feet (literally floor to ceiling) by 16 feet. I knew it was big, but then I stopped to think about how big. It's BIG!

Also, rereading Jody Brown's blog, I saw that architects don't like to call this storefront: they prefer "curtainwall". Although our architects don't seem to mind. We're all laid back in Austin...

Posted by bubba of the bubbles at 9:47 PM